A protester had his hands raised when Los Angeles police shot him in the head with a "less-lethal projectile" during a May demonstration, body camera videos released yesterday shows. 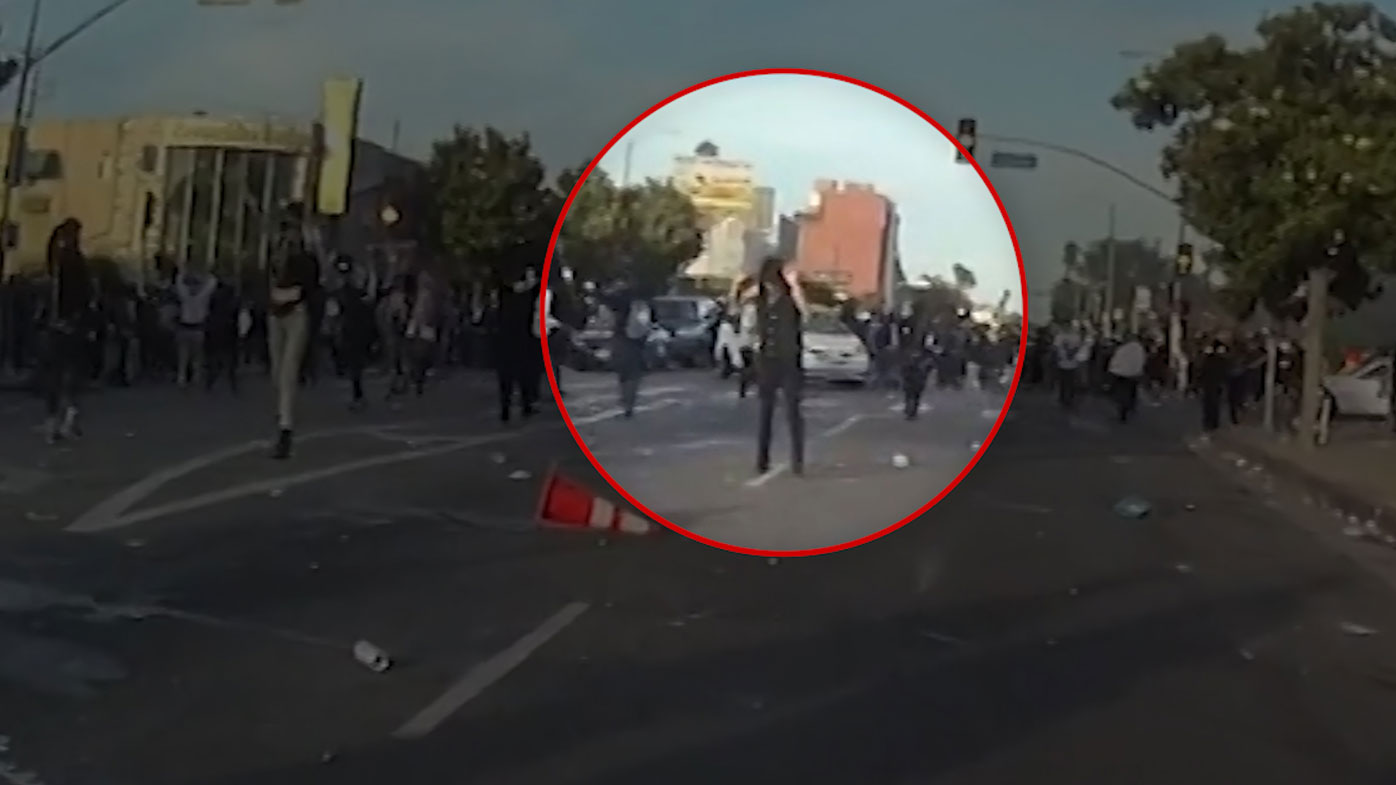 The incident, which happened five days after the killing of George Floyd, is being investigated by LAPD's Force Investigation Division, according to LAPD.

The videos shows police advancing toward protesters just before sunset on May 30, with police calling for officers with bean bag shotguns and rubber projectile launchers to come to the front.

The protester, identified by police as CJ Montano, can be seen facing the line of officers with his hands up as the police line moves forward.

According to LAPD, Montano scrambled to his feet and fled, and was later taken to the hospital for treatment.

Mr Montano's lawyers say he sustained severe injuries, including a traumatic brain injury, during the incident.

"The body worn video makes it abundantly clear that our client, while standing with his hands up and posing no threat whatsoever, was shot in his head by officers who intentionally subjected him to deadly force," a statement from Baum Hedlund Aristei & Goldman, the law firm representing Mr Montano, said.

Mr Montano's attorneys say they have filed a claim for unspecified damages with the city.

Police called the bean bag and foam rounds less-lethal projectiles. LAPD says the foam round is "intended to cause pain",but is designed so that it doesn't penetrate someone's body.

Officers were targeting protesters who were "throwing objects at the officers, such as rocks, glass bottles, and frozen water bottles", police said.

"Investigators have made repeated attempts to interview Mr Montano, but so far he has refused those requests," Captain Gisselle Espinoza said in a video statement.

Police spokesman Josh Rubenstein said the LAPD is not drawing any conclusions as to whether the officers violated policies or the law. The investigation could take up to a year, he said.