A low pressure weather system that formed off the coast of New South Wales and Victoria has covered the skies in thick cloud, which is expected to bring downpours through the afternoon and into tomorrow.

Have any amazing weather photos? Send them through to onlinenews@nine.com.au.

The system is forecast to move north later today, bringing rain to the Illawarra, Sydney and lower Hunter regions by tomorrow.

"It's going to be fairly persistent rainfall, particularly closer to the coast," the Bureau of Meteorology's Gabrielle Woodhouse said.

"Further away from the coast, out towards Richmond, it'll be more a couple of showers and patchy rain."

At this stage flash flooding is unlikely in coastal parts of Sydney, where between 30 and 40mm of rain could fall, Ms Woodhouse said.

"We might see some minor flooding over roads at times, especially in Tuesday and Wednesday around eastern Sydney," she said.

A Hazardous Surf Warning has already been put in place by the BoM for the entire NSW coastline tomorrow and authorities have urged people to avoid rock fishing, boating and swimming in the ocean.

"At higher elevations, the last 24 hours has produced the best bout of snow so far this season in NSW, as moisture-laden air fed into a pool of cold air sitting above the alps," Weatherzone's Ben Domensino said.

"Snow started falling on Sunday and continued throughout the night. By Monday morning, some ski resorts had picked up more than 30cm of fresh snow, including higher parts of Perisher, Thredbo and Charlotte Pass.

"Snow also settled at lower elevations around Jindabyne and Adaminaby."

Elsewhere, Western Australia also has a Severe Weather Warning in place as another strong cold front looks to affect regions from Perth to the nation's southwest corner.

Authorities have warned wind gusts of up of 100km/h could sweep over the area that could damage properties later this evening.

The winds are also tipped to be strongest from Mandurah to Walpole as gusts could rise up to 125km/h and heavy rain, storms and possible hail is forecast for the entire region.

Temperatures in Sydney this week are not tipped to rise above the high teens and rain is expected for most of the working week.

The BoM has said the city could see patchy rainfall for the rest of today and up to 30mm tomorrow before it eases off over Wednesday and Thursday and some sunshine could come through on the weekend. 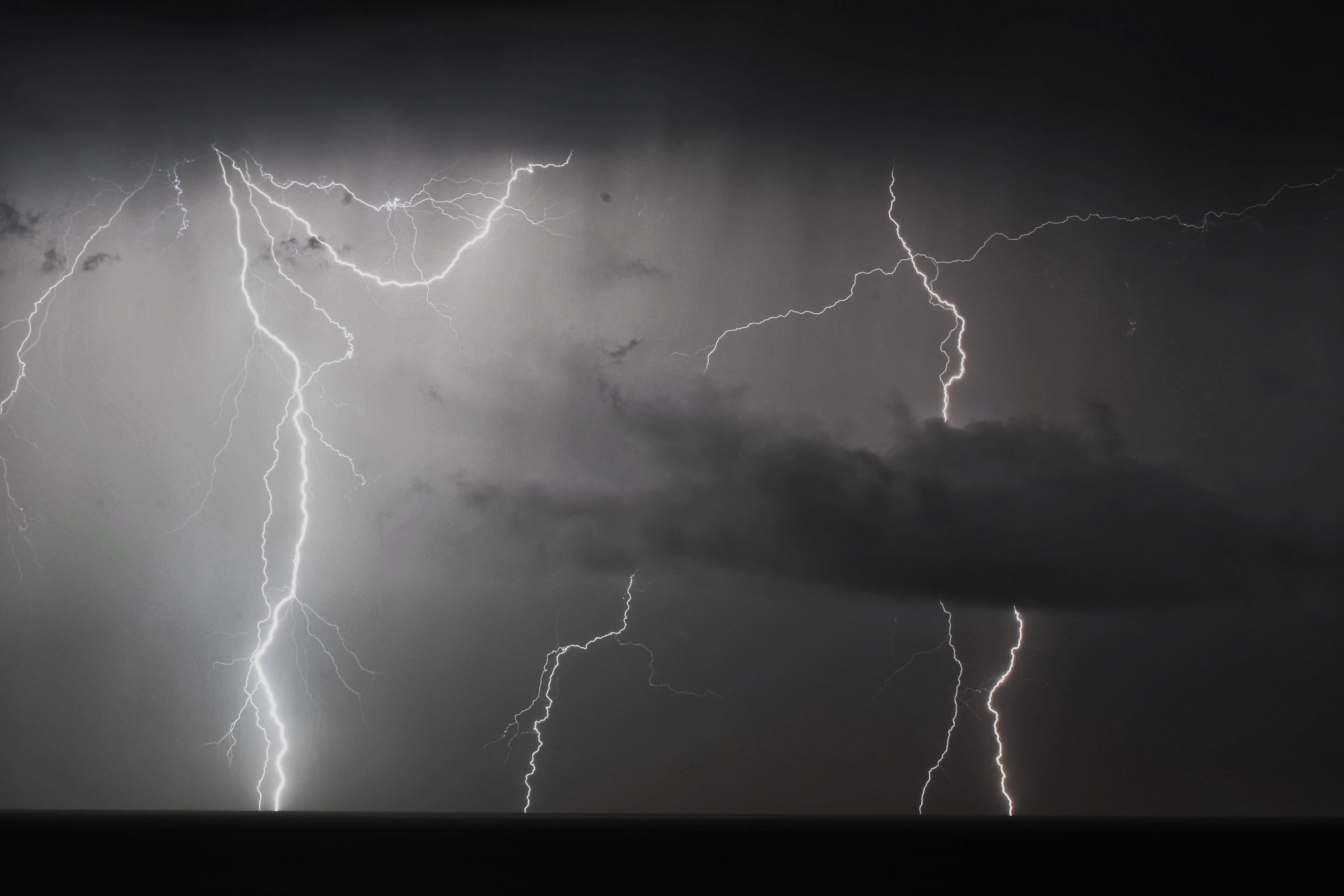 National weather authorities have forecast partly cloudy conditions for Melbourne for the majority of this week, with temperatures sticking between 14C and 17C.

The east coast low is expected to bring patchy showers on multiple days, however it is expected most regions should just receive fog cover and some frost.

In Brisbane, the sun is expected to stay out until the weekend with temperatures in the low 20s.

There was a chance of rain earlier this morning in bayside areas of the city, however the BoM says it should clear by tomorrow.

Rainfall is likely to increase later this afternoon in Perth as stormy conditions develop leading into tomorrow when up to 15mm could fall and wind gusts could surge up to 40km/h.

It comes after parts of Western Australia have had their coldest morning in years yesterday, before a series of fronts bear down on the region this week. 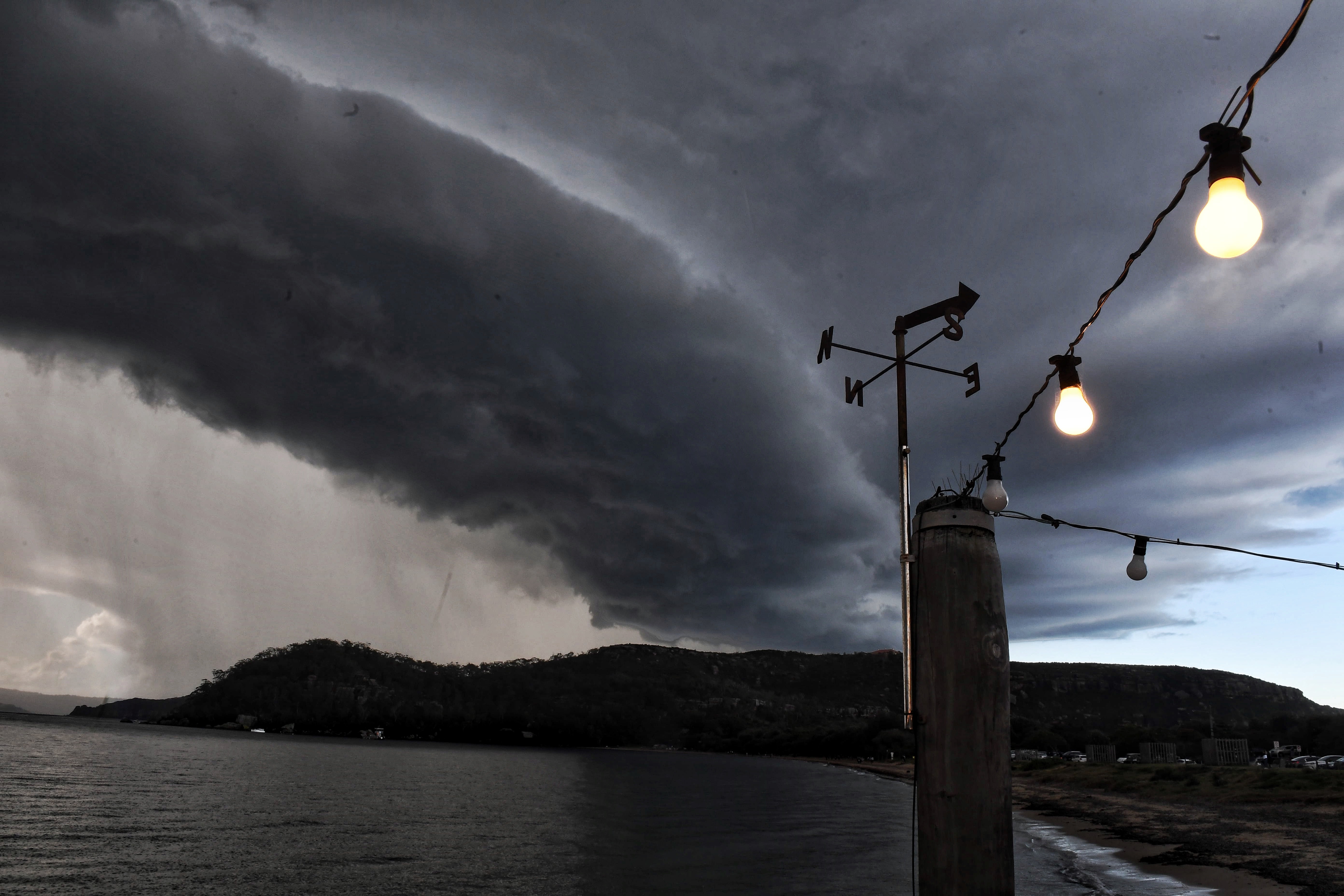 The freezing morning was a result of very dry airmass, brought on by a string of cold mornings leading up to yesterday, under a slow-moving high pressure system.

After fog, sunshine for Adelaide residents, as they shiver through a low of 5C. Temperatures will hit 16C later in the day.

Rain will sweep Canberra, where a low 5C is predicted, as well as a top of 11C.

Partly cloudy weather is forecast for Hobart, in addition to temperatures of between 4 to 11C.

The conditions are expected to stay around for the rest of the week and there is a strong chance of light showers for Wednesday.

Sunshine and warm weather for Darwin is expected this week with maximum temperatures in the low 30s.

The Darwin and Adelaide River and Northern Fire Protection Area is also under a fire weather warning due to the steamy conditions.