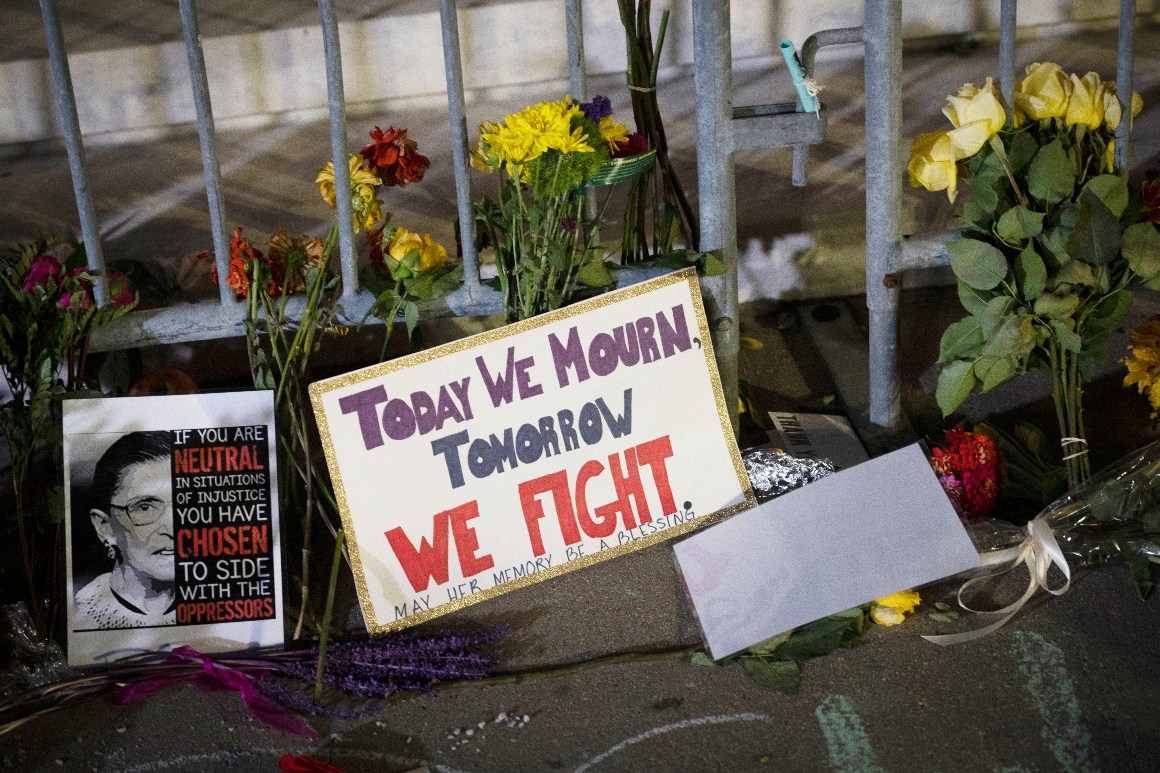 The longtime jurist’s casket will arrive to the court around 9:30 Wednesday morning ahead of a private ceremony that will include family, friends and members of the court, the court said in a statement. Coverage of the ceremony will be provided by a press pool, though details are still to be announced.

The casket will lie in repose under the building’s portico to allow for the public to pay respects outdoors from the hours of 11 a.m. to 10 p.m. Wednesday and 9 a.m. to 10 p.m. Thursday. The last justice to die while serving on the court, Antonin Scalia, laid in repose in the high court’s Great Hall before being interred.

House Speaker Nancy Pelosi also announced that a ceremony for Ginsburg will be held Friday morning at the U.S. Capitol, where she will lie in state for the day. However due to the ongoing coronavirus pandemic, Pelosi’s office said the proceedings “will be open to invited guests only.”

Over the weekend Ginsburg’s chair on the Supreme Court bench was draped with a black wool crepe, and a similar drape was placed over the courtroom doors, in keeping with court tradition. Flags in front of the court and other federal buildings were flown at half-staff in her honor.

Since news of Ginsburg's death at the age of 87 from pancreatic cancer hit Friday evening, crowds from in and around the Capitol have descended on the court to pay respects to the late justice, who over her career became an inspiring figure to many, including women and progressives.

President Donald Trump said in a phone interview on "Fox & Friends" earlier Monday that he intends to nominate someone Friday or Saturday to fill Ginsburg's seat on the bench, a decision that's already become politically charged with less than two months to go before this year's elections.

Ginsberg will be buried next week at Arlington National Cemetery in a private ceremony.