We have a little bit of a guest-editorial today, as well-known speed runner and autism-awareness champion DesMephisto really wanted to talk about the Kyrian Covenant’s signature activity, the Path of Ascension. The focus here is both on the q…

We have a little bit of a guest-editorial today, as well-known speed runner and autism-awareness champion DesMephisto really wanted to talk about the Kyrian Covenant's signature activity, the Path of Ascension. The focus here is both on the quality and difficulty of the content, but also on how long it takes to get it done in order to get all the available transmog, and we see Des compare it to the other Covenants' activities as well. Spoiler alert: he really isn't a fan of what the Kyrian have to offer (meaning the path is flawed? Sorry I had to.) So, let's get straight to it, as DesMephisto takes over!


Path of Ascension is one of the most problematic pieces of content I have engaged with in my 17 year history with WoW in nearly every category, from casual to cutting edge raiding. As someone who loves transmog I have done the max Covenant sanctum mini game for all 4, as well as the other transmog, so I want to take a look at what the other Covenants have to offer before diving into the Kyrian.

For Venthyr you have:

Travel Network:
Opens up random portals that you have to locate which you can loot once a day that change each week. Engaging with this content every day for 3 weeks will result in the full set.
Ember Court:
A really fun and well designed mini game where you attend to various guests and earn reputation that allows you to buy the transmog at rank 5 and exalted. Takes about 2 months from start to finish (rank 1 Cov to rank 5)

For Necrolords you have:

Abomination Stitchyard:
You build an army of abominations which have a chance to give you a transmog related piece. This took approximately 5 months of RNG, but you only had to log in once a week.
You can also build a special abomination called Unity, and hidden WQs requirements would reward you with an armor piece if you completed it with Unity out. A discord was made to save people time with this system which you can find here: https://discord.gg/K8MUVtjYnr.

For Night Fae you have:

Anima Conductor:
While farming Grateful Offerings you earn reputation from doing Anima conductor related quests. Takes about a month to hit exalted, then you spend 12.5k Anima for the armor set.
Night Fae Garden:
Use catalysts and seeds to get mounts and stuff with your garden. Once rank 5 you can just buy the armor for 15k anima.

And for the Kyrian main event you have:

Path of Ascension:
This mini game is designed as a series of battles that increase in difficulty from easy to hard, "loyalty" to "humility". You have 3 different soulbinds that you can battle with (vehicle combat) and to earn the transmog armor you must do it on the hardest difficulty. One set is simply earned by beating all bosses on humility. The other is earned by beating every boss with every soulbind. 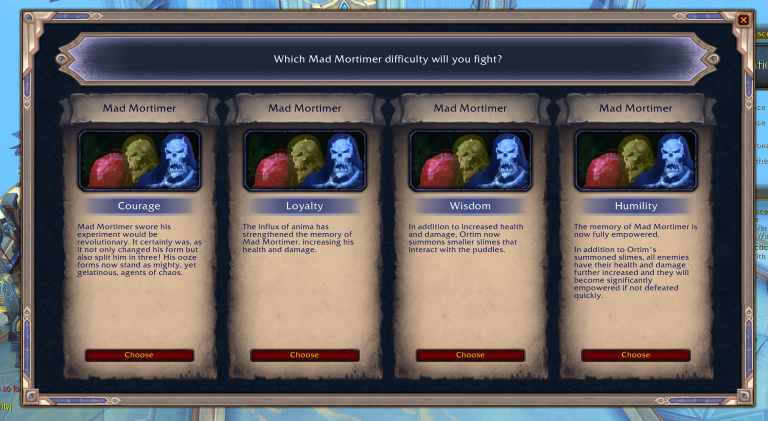 You must earn Medallions of Service which can come from rares and treasures that are only in Bastion. A single medallion will allow you to battle once. Some bosses are notoriously difficult or incredibly glitchy. Mad Mortimer for example sometimes requiring a significant number of medallions for the RNG to line up in your favor (some have taken 150+).

Alongside this you must also farm materials from each major area:

Elysian Feathers from Bastion - 105 in 22 minutes

Champion's Pelt from Ardenweald - 104 in 23 minutes

Nightforged Steel from Revendreth - 44 in 22 minutes

Calloused Bone from Maldraxxus - 78 in 22 minutes

This would result in about 6 attempts worth of charms. These are absolutely mandatory for some bosses. Alternatively, you can buy a small chunk of the above mats (15-22 of each) for 5 Medallions of Service, but as you need them for the attempts anyway...

You are also supposed to grow stronger from your renown, however, my testing of that so far has shown that to not be the case. It likely was capped at renown 40 if it even worked as intended at all. A lot of the fights are doable and many of them can be quite fun and some even feel challenging in a fair way. Ecthra and Thran’iok being some of the most difficult but still remaining fair challenges to overcome. However, currently Mad Mortimer is quite possibly the worst designed boss out of all them and requires strong nerfs. Even as it stands, while I consider Thran and Echtra fair bosses, the amount of difficulty and effort needed to be invested here already goes far beyond what was stated for the previous Covenants. 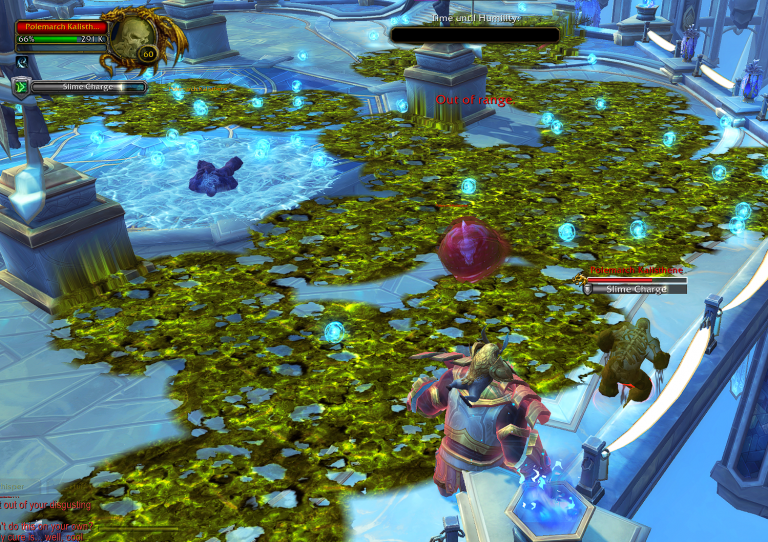 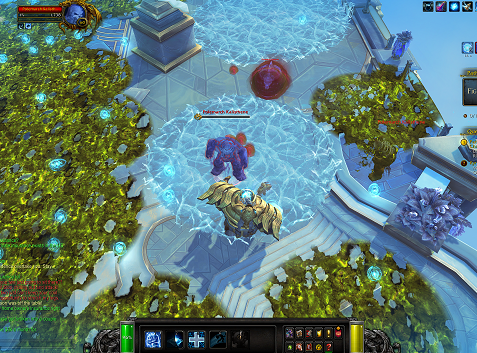 Even here I had to use a bug to do this, by spawning the slime in the pillar which causes Mad Mort to not enrage appropriately.

Covenants are the very definition of casual content, and while I strongly support the idea of another Mage Tower, that was actually designed in a way that was not only fair, but didn’t require you to farm for hours to be able to do the content and have consumables (seeing as the entry fee was a complete non issue and you could buy consumables via the AH). With the constant bugs and glitches that exist in Path of Ascension, most people have exploited Mad Mortimer specifically to finish this achievement for the armor set.

They’ve been quick to hotfix the exploits, which they should, but quite often the boss still bugs out and resets, ruining your attempt and time invested. As someone who has finished the achievement I honestly would not expect 90% of the player base to engage with this content. That feels bad when Covenants are supposed to be an important choice in how you experience the game. Casual content is important and the fact that the way PoA is designed feels far outside that realm compared to all others is problematic. 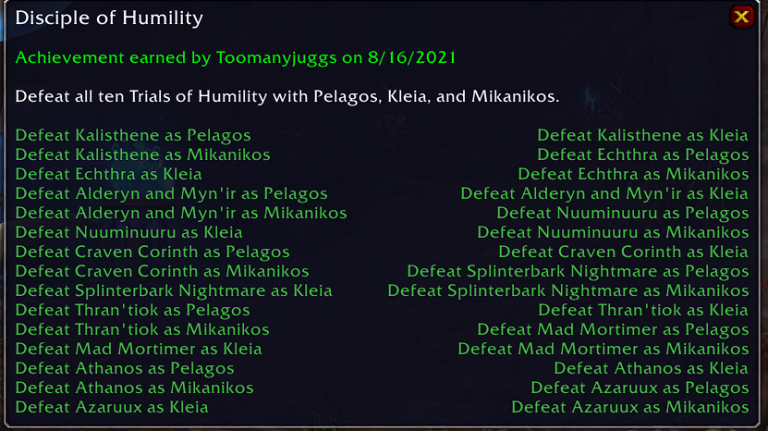 READ:  Preparing for Flying in Patch 9.1

You can check out more from DesMephisto on Twitch and Twitter.