Well, it’s time for some Legion and Burning Crusade flashbacks, as a player just got a permanent companion, and this Khadgar’s Servant lookalike has possessed a Death Knight ghoul (and more). We all remember the insistence of those shiny serv…

Well, it's time for some Legion and Burning Crusade flashbacks, as a player just got a permanent companion, and this Khadgar's Servant lookalike has possessed a Death Knight ghoul (and more). We all remember the insistence of those shiny servants, as they hounded us to do the Legion quest or just would not stop talking about Shattrath, but this one definitely takes the annoying cake!

Update: it seems the transformation isn't limited to just ghoul pets, as DesMephisto got his Warrior possessed on the PTR!

Lilbosley got a very weird bug as their ghoul seemed to evolve and grew a LOT very glowy new body. And while it doesn't quite look exactly like the legendary Shattrath Khadgar's Servant, it does look exactly like the upgraded Legion version and definitely has the same attitude as it refuses to leave! 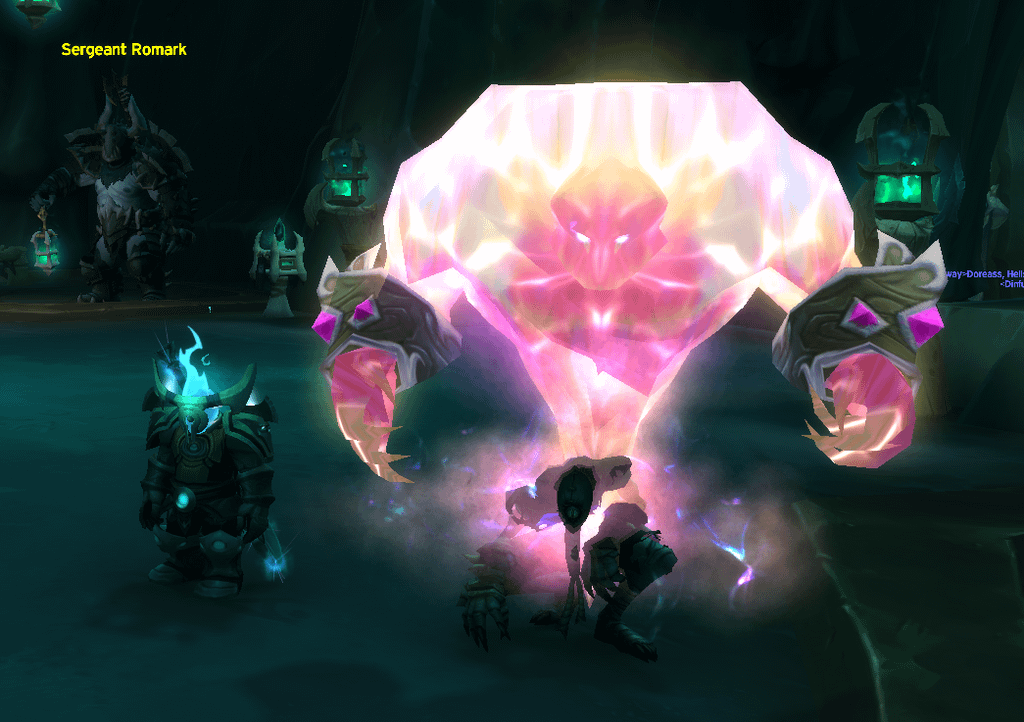 My DK ghoul has been bugged with Khadgar's Servant model for weeks.
I feel like I have tried everything to fix. Any ideas?.

And while the discussion in the reddit thread started with "how do I get rid of it", Lilbosley may have changed their mind about that after many players in the thread commented how they'd love to have something like that, and the uniqueness of the new pet was made clear.

This isn't the first time this has happened either, as an earlier official forum thread saw a DK have the same issue. That one was resolved when Community Manager Vrakthris manually removed the bug (as spotted by jlschuncke), but it's still unclear how it happened in the first place.

I’m not sure how but your pet had some kind of illusion on it, so it wasn’t exactly another minion, but some weird condition caused by that.

I was able to remove it so the pet should summon normally again.

No idea what may have caused it, but if it comes back, definitely report it as a bug.

You should be good to log back in now. ?


Now let's see if the DKs can figure out how to get this!