We’re looking at the 11th week of 9.0.5 raiding today, as Castle Nathria continues to be one of the longer raid tiers in WoW, and will be sticking around for quite a while still. This week we see Demonology rise up as Windwalkers fall, as our…

We're looking at the 11th week of 9.0.5 raiding today, as Castle Nathria continues to be one of the longer raid tiers in WoW, and will be sticking around for quite a while still. This week we see Demonology rise up as Windwalkers fall, as our guide writer takes a look at one of the more stable and best performing specs in the raid, Elemental and we take a look at the boss only damage charts as well.

Starting with the top players as we always do, Demonology has risen 4 spots into 8th place, as only Fire and Arcane had any changes before that, as they swapped places for the No. 4 and 5 slots. Meanwhile, Windwalkers dropped a solid chunk, 4 spots into 13th, as Retribution, Assassination, Fury and the aforementioned Demo move past it 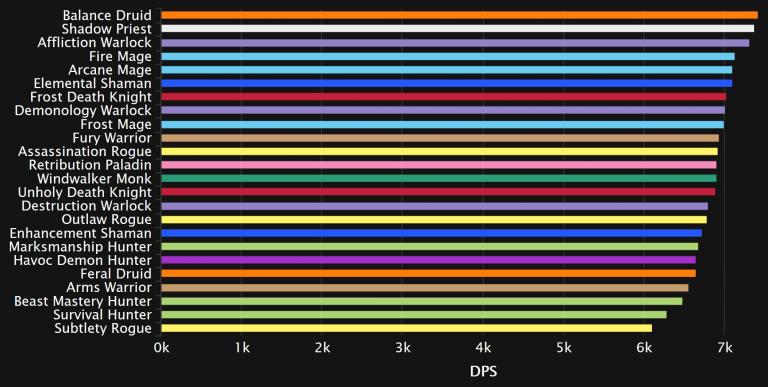 In the more generalist rankings, Unholy has passed Elemental by a little, as Demonology also rose 4 spots, into 10th here.

Now that the state of class balance 9.0.5 is well understood, Elemental Shaman has firmly cemented its place as a top contender for ranged DPS spots at any level of play. A lot of people have given the spec a try and did not find it wanting to farm/keep progressing in Castle Nathria.

Currently 9.1 is not looking to bring any notable change to the spec, especially since the new legendaries are looking abysmal. Considering its current output, mobility and versatility, I would expect Elemental to have a legitimate role to play in the race to World First, as it should be a very strong spec on quite a few bosses in the next raid. That being said, Elemental still lacks the game-changing utility/defensive abilities some other specs have, and is outmatched by other specs in several damage scenarios. For any guild that is not competing for World First however, having multiple Elemental Shamans is definitely not the silly move it used to be.

This week we're also taking a look at the boss-specific damage (and you can read about its relevance here) , this time on a 2-week basis as we don't check in with them every week. These charts don't change that much, but Demo also jumped a spot here to snag 4th from Feral, and Frost Mage also climbed 2 spots, surpassing both DK specs. Enhancement also rose 3 spots, coming in right after its fellow Shaman spec in the 95th percentile. 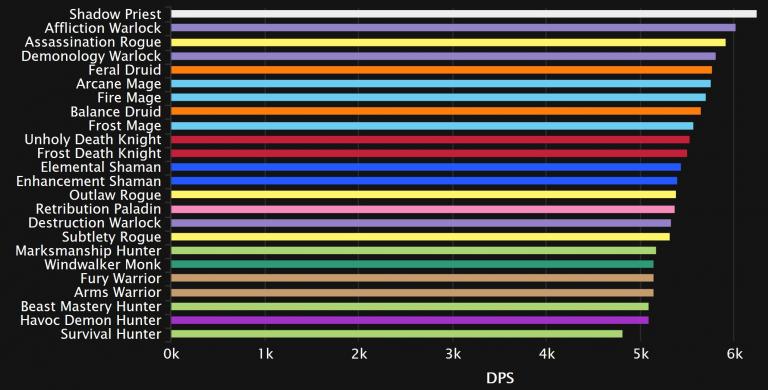 All percentiles boss only Mythic data by Warcraft Logs.

Feral keeps it's very solid 8th spot in Heroic, as Elemental jumps a spot and the rest remains pretty stable in the much winder range of players-hosting Heroic difficulty.


As always, if you want even more info on a spec, you can check out our class guides here, or for even more data, head on over to Warcraft Logs.