If you’re in touch with the Twitter community, you may come across tweets of Art Parties, whether it’s an invitation or an artist’s rendition of various different characters in the FFXIV verse.

Perhaps you’ve heard of the term art party in p… 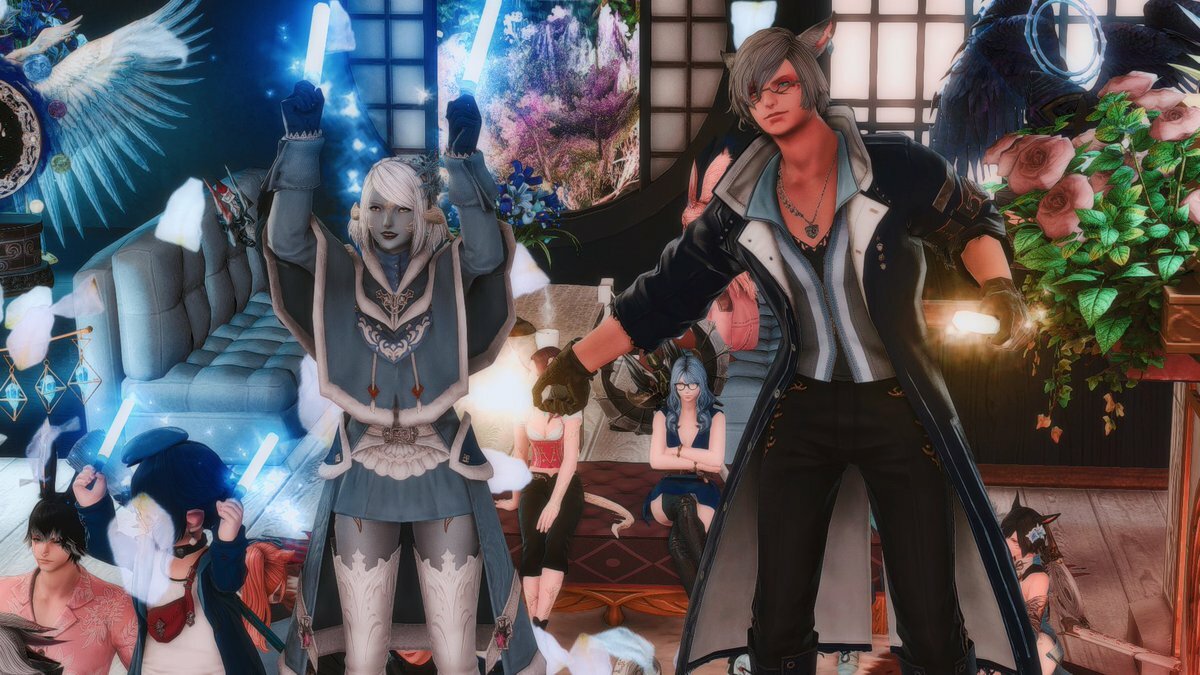 If you’re in touch with the Twitter community, you may come across tweets of Art Parties, whether it’s an invitation or an artist’s rendition of various different characters in the FFXIV verse.

Perhaps you’ve heard of the term art party in passing. You could be relaxing in Limsa Lominsa and someone could be advertising a party at a specified venue in Shout Chat, or you can even find such parties on Party Finder.

What is an art party? An art party is defined as a unique experience where a group of adults get together to enjoy each other’s company and create their own work of art with some guidance and encouragement. This also pretty much describes art parties in FFXIV, where people bring their dolled up characters to a party and show off their glamor.

Some examples of invitations you may have seen:

Some may operate under the assumption that there is role playing involved (and there may be!), but the emphasis is largely on artists finding inspiration. Such inspiration can range from taking screenshots of other characters to drawing them and posting them on Twitter, usually with a dedicated hashtag. A few examples of existing hashtags are #aetherartparty and #ffxivartparty.

I've also attended an art party and submitted my own bit before, although it was waaaaay back. I remember how much of a blast it was!

Something important to note, however — while they are centered around artists, you don’t have to be an artist! First and foremost, most art parties are about socializing and having fun; it’s for everyone and anyone to enjoy. There’s music, dancing, chatting, goofing around and getting to know other people. In a lot of ways, it’s like a regular party, but with the added bonus of possibly finding art of your character on Twitter. It’s an exciting thing to think about how your character can stand out in a party without you realizing it.

While art parties are currently contained within their own data centers, this will no longer be the case. When Data Center Travel rolls out within the next two weeks, you’ll be able to join art parties regardless of which worlds they’re on. It’s looking to be a grand time for artists and party goers alike.

Are you interested in keeping up to date with art parties? Fortunately, there are accounts dedicated to tracking art parties, so you’ll never miss out on one ever again!