The head of the United Nations has told leaders of the world's 20 major industrialised nations during an emergency virtual summit that "we are at war with a virus – and not winning it".

The unusual video call in lieu of a physical gathering comes as governments around the world stress the importance of social distancing to curb the spread of the highly infectious virus, which has prompted closures, curfews and lockdowns globally.

The Group of 20 nations (G20), which includes Australia represented by Prime Minister Scott Morrison and faces criticism for not taking cohesive action against the virus or its economic impact, vowed to work together. The group said they are collectively injecting more than US$4.8 trillion (AUD$7.9tn) into the global economy to counteract the social and financial impacts of the pandemic.

In a final statement after the meeting, the G20 said they were committed to strengthening the World Health Organization's mandate. They said "global action, solidarity and international cooperation" were needed more than ever.

"The unprecedented COVID-19 pandemic is a powerful reminder of our interconnectedness and vulnerabilities," the group said.

"The virus respects no borders." 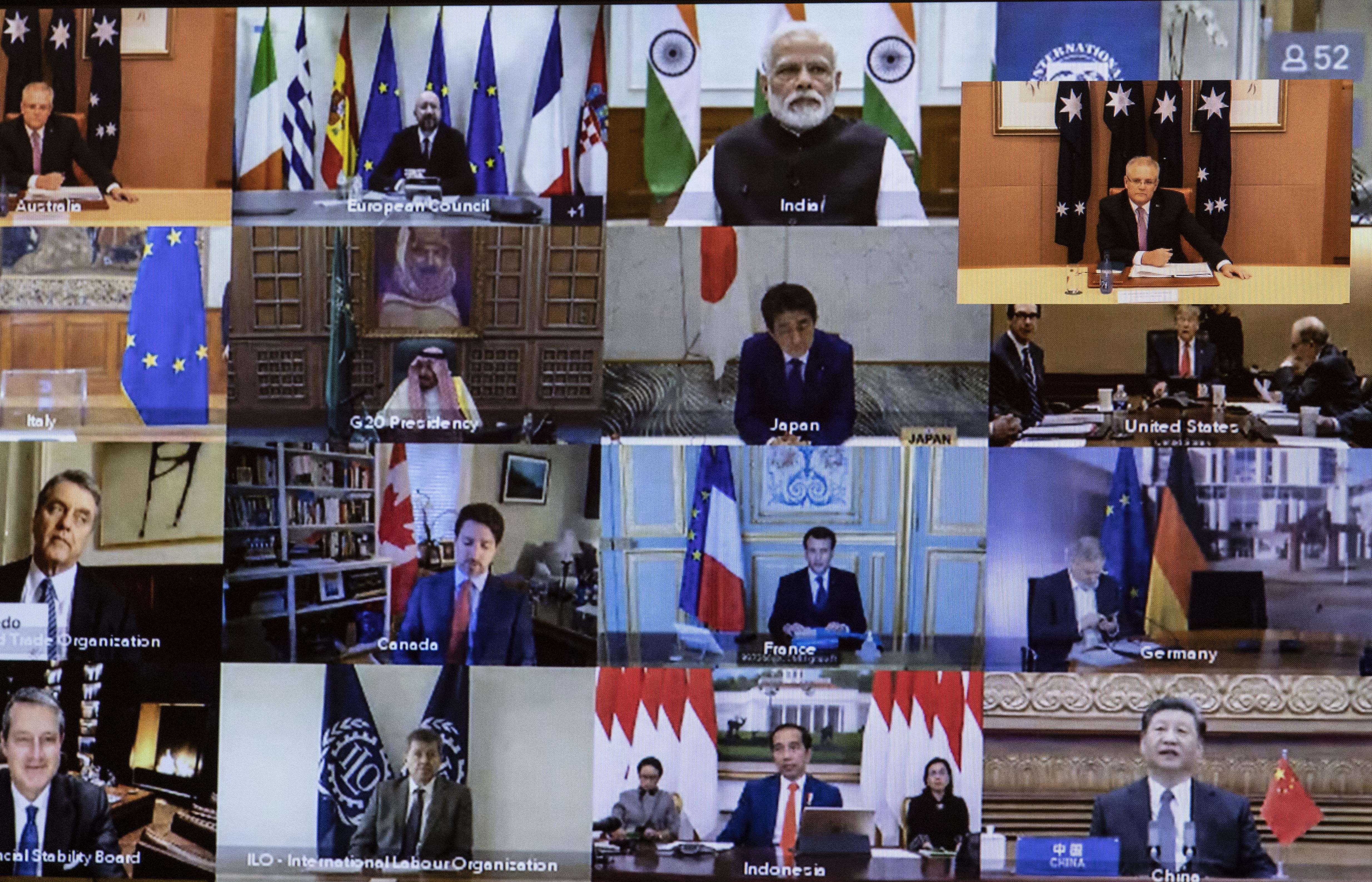 "It took the world three months to reach 100,000 confirmed cases of infection," he said.

"This is exponential growth and only the tip of the iceberg," Guterres said, adding that countries must be able to combine systematic testing, tracing, quarantining and treatment, as well as coordinate an exit strategy to keep it suppressed until a vaccine becomes available.

Saudi Arabia, which is presiding over the G20 this year, opened the meeting with an urgent appeal by King Salman for the world's most powerful nations to finance the research and development of a vaccine for the virus, which causes an illness known as COVID-19. 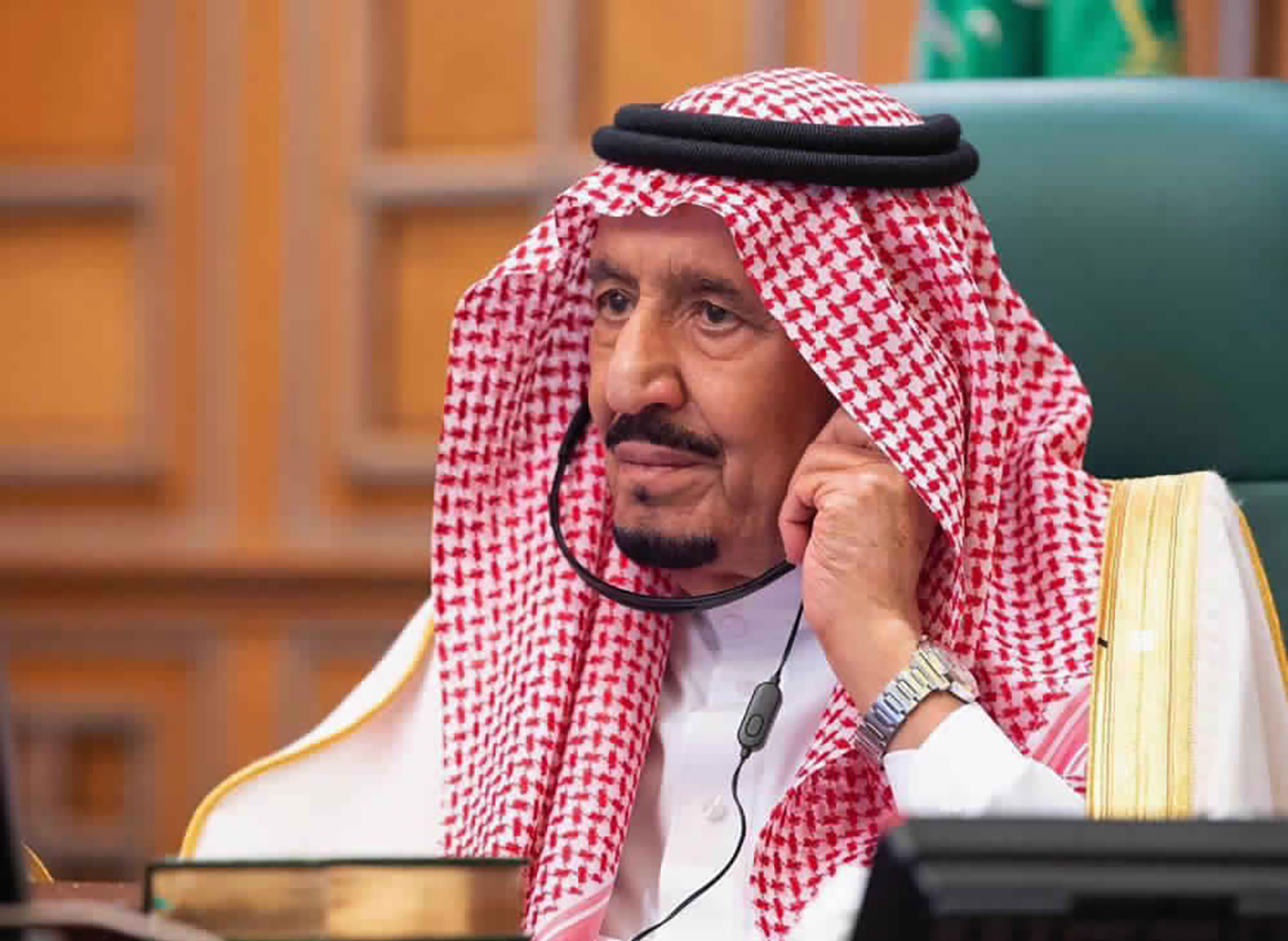 "This human crisis requires a global response. The world counts on us to come together and cooperate in order to face this challenge," the Saudi monarch said during the virtual summit.

British Prime Minister Boris Johnson announced during the call that the UK was providing additional funding to the Coalition for Epidemic Preparedness Innovations, which is supporting the development of vaccines, bringing its contribution to 250 million pounds (AUD$501 million).

World leaders like India's Narendra Modi, Japan's Shinzo Abe and Canada's Justin Trudeau, whose wife contracted the virus, could be seen in little boxes on a screen seated at desks in photos shared on Twitter by European Council President Charles Michel.

US President Donald Trump was shown seated at the end of a long conference table in Washington with other American officials in photos shared on social media by the Saudi Foreign Ministry. 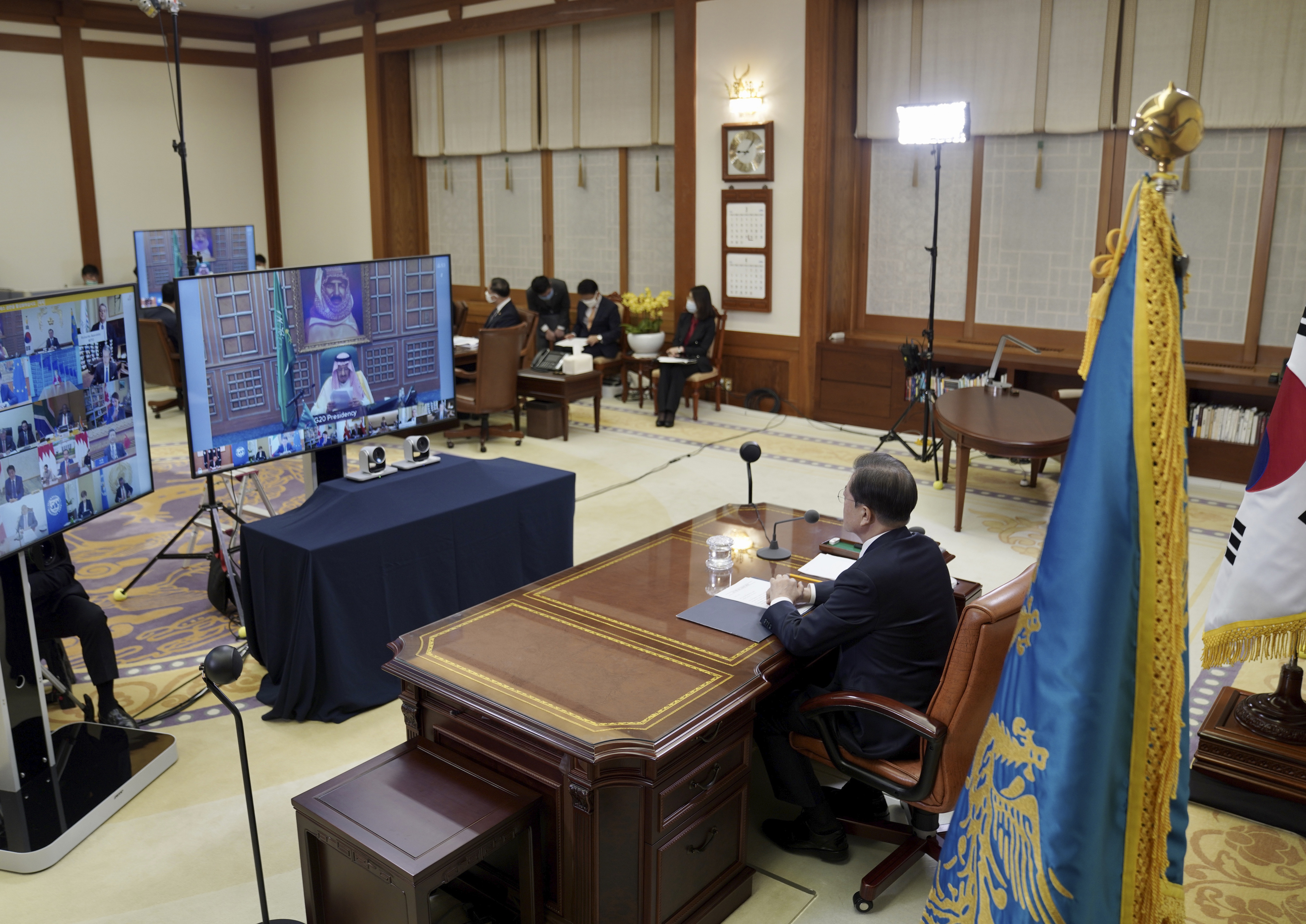 Russian President Vladimir Putin suggested setting up a special fund under the IMF that would offer interest-free loans, and he emphasized the need to create "green corridors" for free movement of supplies and technologies intended to deal with the epidemic. He also proposed a moratorium on sanctions with regard to essential goods.

Putin noted "it's a matter of life and death," emphasizing the need to get rid of "political rubbish." 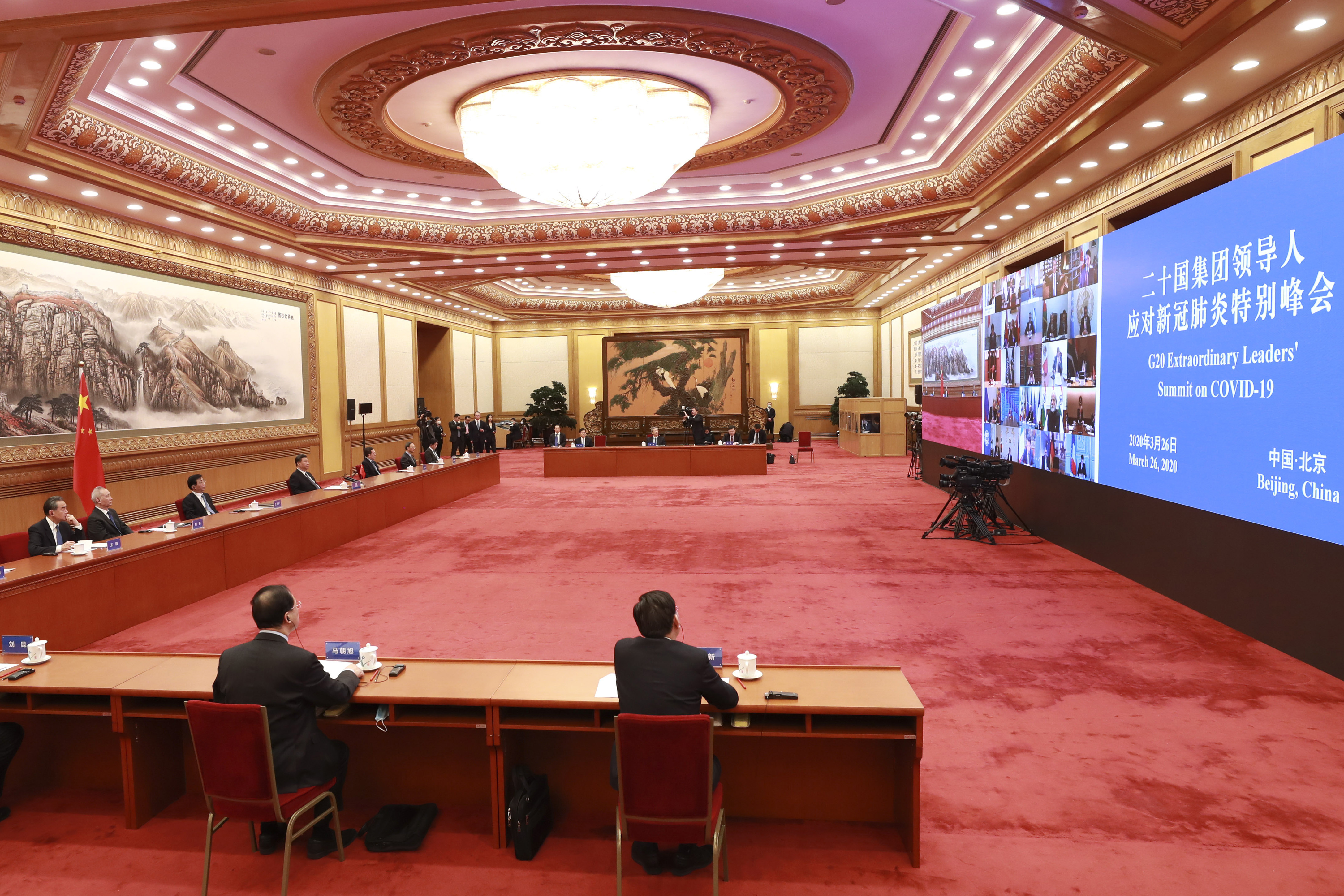 Ethiopia's government told G20 finance ministers in a call ahead of Thursday's summit that Africa needs a $150 billion emergency financing package due to the impact of the virus.

The global death toll from the virus has climbed past 22,000 and the number of infections has surpassed 480,000, according to a count kept by Johns Hopkins University.