The EU is right to strengthen its own relationships with Beijing and other Asian governments.

This article is part of the series Facing China.

Shada Islam is a Brussels-based commentator on EU affairs. She runs New Horizons project, a strategy, analysis and advisory company.

As European leaders prepare for a high-level virtual meeting with Chinese leaders in September, get ready for more stories highlighting a clueless EU’s lack of geopolitical heft. Read them with a pinch of salt.

The popular narrative is that America knows how to handle China, and Asia more broadly, but that Europe — divided, fragmented and “naïve” — falls short.

This is misleading. The era when the West ruled and the East listened dutifully has come and gone. The reality is far more complex, and as a result, Europe’s approach — although it appears chaotic at times — may be better adapted to a rapidly shifting geopolitical situation and the complexity of relations with Asia.

Asian leaders want a Europe that can think and speak for itself, not one that walks in America’s shadow.

With his thundering anti-China rhetoric, U.S. Secretary of State Mike Pompeo misses a point that EU lawmakers have already grasped: Global challenges — including climate change, a faltering multilateral order, pandemics and poverty — can’t be solved by ideological battles and the splintering of the world into two adversarial camps.

The Chinese have been equally obstinate in their defense of Beijing’s tightening grip on Hong Kong, its treatment of Uighurs and the knock-on global impact of Chinese state capitalism.

Both the U.S. and China are on the wrong track, and the EU is right to reject a binary choice between Beijing and Washington. It is in the EU’s interest — and in the interest of an increasingly interconnected world — that the bloc fashions an independent path in its relations with China and other Asian nations.

READ:  Macron offers Lebanon’s elite a carrot and a deadline

Because Europe is easily shrugged off as a geopolitical dwarf in comparison with the U.S. and China, few have paid attention to the EU’s growing and diversified network of “beyond-China” relations with Asia. That’s a mistake.

In the context of U.S. President Donald Trump’s retreat from America’s multilateral commitments, including the Trans-Pacific Partnership, and his mishandling of the pandemic, many Asian countries see Europe as an increasingly important partner and they are stepping up their engagement.

Despite a waxing and waning in their relations with Beijing, most Asian governments are not keen to fall in line with America and turn away from China. Some in the region are “thinking the unthinkable” and preparing for a future without America’s security umbrella.

Europe may not be able to offer the same kind of hard security, but Asian governments are attracted to access to European markets and technology and aware of the need to align with EU regulations.

Many want to work with the EU to bolster fragilized multilateral organizations, fight COVID-19 and to ensure a post-pandemic economic recovery.

Japan, Singapore and Vietnam have clinched important free-trade agreements with Brussels. India is seeking closer cooperation on maritime and cybersecurity as well as counterterrorism. Experts from the Association of Southeast Asian Nations (ASEAN) have held discussions on pandemic control with the EU and are revisiting plans to clinch a region-to-region trade deal.

Asian leaders want a Europe that can think and speak for itself, not one that walks in America’s shadow.

Ironically, an independent EU policy in Asia would also be in the U.S.’s interest — even if it may not appear so to China hawks in Washington — because it preserves Western influence in the region as Beijing expands its Asian outreach.

The U.S. has been trying to fashion the EU’s Asia policy for years. Trump’s all-out offensive on Huawei and demands that Europeans stop any cooperation with the Chinese company were preceded by former U.S. President Barack Obama’s equally insistent — albeit unsuccessful — pressure on European governments to reject the Asian Investment Infrastructure Bank and the Belt and Road Initiative.

Instead of trying to force the EU into line, the Trump administration — or a future one led by Joe Biden — should work with Europe in tandem and as equals. Coordination will certainly make it easier to secure better access to the Chinese market for Western companies, increase the pressure on human rights on Beijing and help keep peace in the South China Sea. 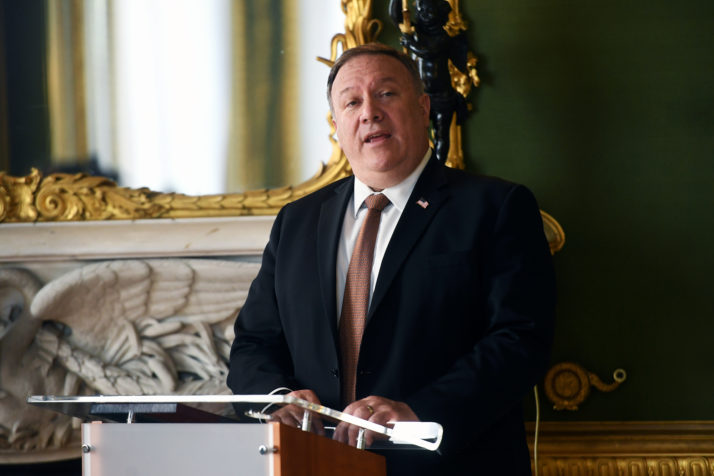 The EU also has its own priorities and interests to promote and protect. At the high-level virtual meeting on September 14, it will focus on securing an early agreement on a bilateral investment treaty with Beijing — and obtaining the same level of trade access as the U.S. obtained in phase one of its deal with China.

It will seek cooperation on climate change, Iran, North Korea and sustainable development, while also voicing differences with Beijing over human rights, Hong Kong, the power of state-owned enterprises and internet freedoms.

By stepping out from America’s shadow in Asia, a self-confident Europe is learning to deal with the complex realities of China and the greater region. Ongoing measures to boost “strategic autonomy,” introduce foreign investment and state subsidy screening regimes are all steps in the right direction. So are EU moves to diversify engagement on trade, security and global challenges with other Asian nations.

While the U.S. and China engage in acrimonious Great Power struggles, Europe is right to stay out of the line of fire — for everyone’s sake.