Even a skinny, minimal trade agreement is better than a crash-out.

PARIS — Despite the mantra on both sides that “no deal is better than a bad deal,” almost any agreement on future trade relations between the U.K. and the EU would be better than none.

As the tortuous negotiations enter the final strait, it’s worth contemplating just how damaging a breakdown would be — above all for Britain, but also for the rest of Europe and what used to be called “the West.”

Neither side can afford to pile the man-made economic disaster of a cliff-edge rupture — with hefty new tariffs, chaotic border disruptions and a potential “fish war” in the North Sea — on top of the devastating recession caused by the coronavirus pandemic.

Nor can they afford the political acrimony, nationalist rhetoric and polarization that would inevitably engulf relations between Britain and the Continent — and between London and Edinburgh, and London and Dublin — if the negotiations fail.

British Prime Minister Boris Johnson can afford this least of all. Already under fire for his government’s ineffective stop-go handling of the coronavirus, from which Britain has suffered the highest death toll in Europe, the prime minister needs to demonstrate competence.

Fears that the U.K. will get too good of a deal are overblown.

Failure to achieve a free-trade arrangement with the U.K.’s biggest economic partner and export market would pitch him into a winter of discontent as supermarket shelves emptied and industrial supply chains broke down.

A no-deal Brexit could also derail any prospect of a trade deal with the United States — often presented as a key prize of a “clean break” with the EU — if Democratic front-runner Joe Biden wins the presidential election. Even if Brexit-loving Republican President Donald Trump were reelected, the Democrats would likely use their blocking power in Congress to obstruct any deal, in support of Ireland in its dispute with London over the application of the EU Withdrawal Agreement in Northern Ireland.

READ:  How Scotland has changed since the independence referendum

Then there are the risks to the unity of the U.K.

Scottish First Minister Nicola Sturgeon, whose stature has grown due to her management of the COVID-19 crisis, would be sure to denounce Johnson for forcing Scotland into the most damaging form of Brexit against its will and to step up demands for a new referendum on independence. And sectarian tensions would inevitably be heightened in Northern Ireland however the trade arrangements played out.

And yet all this doesn’t mean that Brussels holds the whip hand in the ongoing negotiations. EU officials who predict that the British would be back at the table within weeks begging for a trade deal fail to understand the toxic dynamics that a no-deal scenario would trigger.

A no-deal outcome would empower the most radical Brexiteers in Johnson’s entourage and his party. The prime minister would wrap himself in the Union Jack and deploy all his Churchillian bombast to try to deflect blame by excoriating Brussels and Paris for seeking to impose EU rules on a proudly independent Britain.

The pro-Brexit press would be baying for U.K. retaliation and could whip up a “cod war” at the first sign of a French fishing boat on the horizon. Conservative hard-liners would demand that the U.K. stop making divorce payments under the Withdrawal Agreement, estimated at some €41 billion over several decades, triggering a legal battle.

Police and judicial cooperation would suffer, with the U.K. shut out of European security databases vital to the fight against terrorism, organized crime and people smuggling. The European Commission, under pressure from Court of Justice rulings voiding a data privacy deal with the U.S. and criticizing the British national security agencies’ mass trawling and retention of private data, might refuse to certify U.K. data protection as adequate. That would hit both a swath of commercial transactions and security cooperation.

EU countries on the bloc’s western seaboard, especially France, Belgium and the Netherlands would suffer substantial losses and disruption if the transition period ends without any agreement. Ireland would be particularly hard hit. Continental fishermen from Denmark to Spain could face ruin if they are suddenly shut out of the U.K. waters where they catch some 40 percent of their haul.

Four years after the U.K. voted to leave the EU, a degenerating trans-Channel feud would be an unwelcome distraction for EU leaders as they battle mass unemployment and seek to propel a green, digital recovery from the coronavirus depression. It would weaken Europe’s voice in an unstable world and embolden outside powers such as Russia and Turkey that seek to diminish its influence.

Meanwhile, fears that the U.K. will get too good of a deal are overblown. EU officials drilled on legal certainty exaggerate the risk of the U.K. turning into a deregulated haven of lower social, environmental, food safety or competition standards that could undercut European producers. There is no sign of Britain embarking on any such race to the bottom. 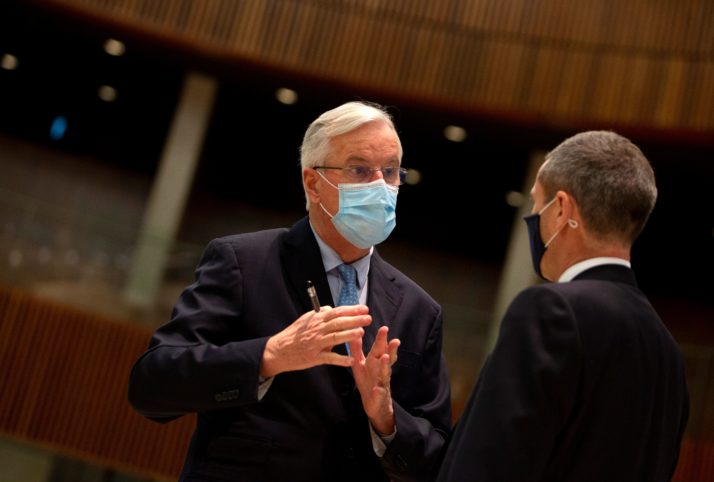 Johnson wants to be totally free in theory, but has no concrete plans to use such latitude in practice. Indeed, a central problem in the negotiations has been that while the prime minister is clear about what he doesn’t want — to be bound by Brussels rules or EU court enforcement — he has given no indication of what the U.K. plans to do differently in future.

Then there’s the fact that the sides aren’t that far apart — on the basics anyway.

British officials who have been involved in the negotiations say the EU has sought to perpetuate the status quo both on fishing rights and on state aid to industry, both of which are politically sensitive with the government’s constituencies in coastal areas and newly conquered electorates in the Midlands and northern England eager for subsidies.

EU negotiator Michel Barnier’s biggest complaint has been the U.K. side’s refusal to put its cards on the table and make any offer for the so-called regulatory level playing field after the end of the transition period. On the U.K. side, Michael Gove, the Cabinet minister coordinating Brexit planning, argues that under the guise of “high-sounding claims to advance virtue” the EU actually sought “to exercise control” and “fetter” its neighbors as well as members. 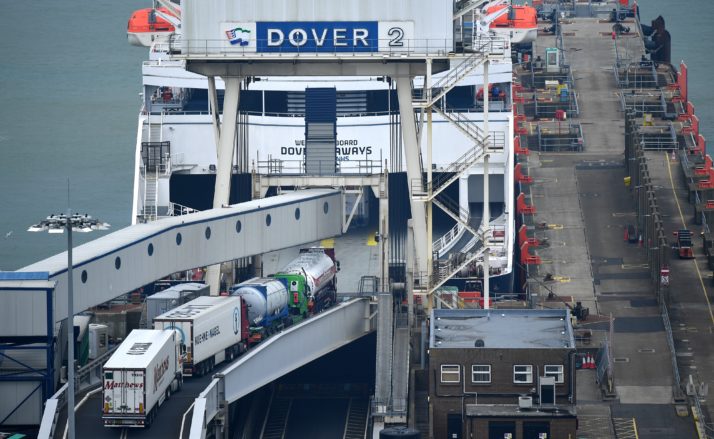 Both sides will need to blur their red lines in the interest of pragmatism. The U.K. appears to have belatedly shifted toward accepting EU demands that future relations be governed by an overall framework with a dispute resolution mechanism. For his part, Barnier has suggested the EU should be more realistic on phasing down fishing quotas in U.K. waters.

To be sure, the EU will still need to ensure the right to restrict U.K. market access if London departs substantially in future from common principles on competition and state aid to industry. But even a skinny trade deal with few trimmings and some loose ends would provide a platform on which both sides could build over time, when bitterness about the divorce has subsided.

This will not be the “close and special partnership” that Johnson’s predecessor, Theresa May, set out to negotiate in 2017. But it is surely better than nothing.