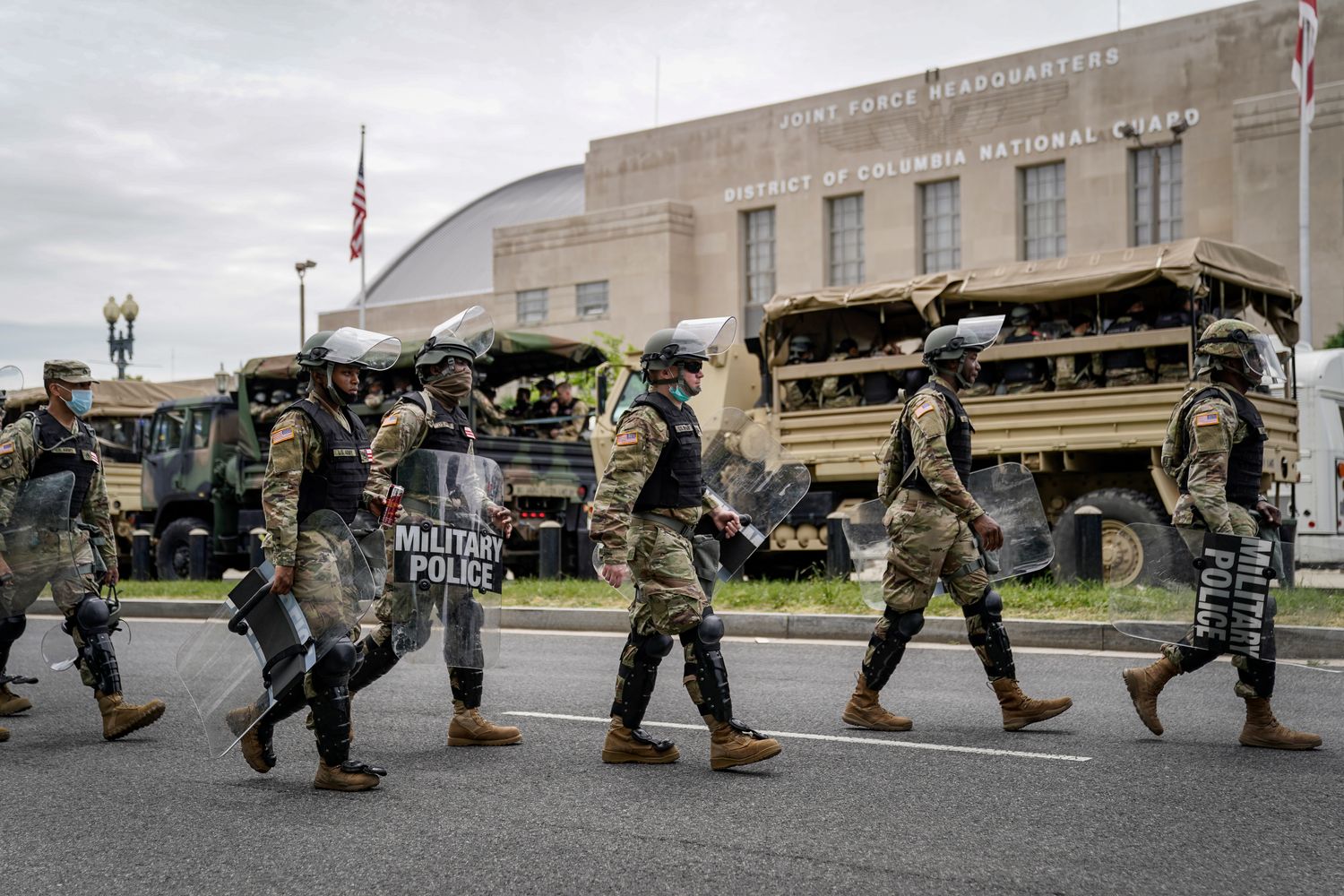 President Donald Trump on Friday threatened to order additional federal forces into the nation’s capital if Washington Mayor Muriel Bowser mistreated National Guard troops who had been deployed in the District to quell protests in recent days.

“The incompetent Mayor of Washington, D.C., @MayorBowser, who’s [sic] budget is totally out of control and is constantly coming back to us for ‘handouts’, is now fighting with the National Guard, who saved her from great embarrassment over the last number of nights,” Trump wrote on Twitter.

“If she doesn’t treat these men and women well, then we’ll bring in a different group of men and women!” he added.

Bowser last weekend imposed a citywide curfew and activated the D.C. National Guard to support the city's Metropolitan Police Department in responding to protests and riots following the killing of George Floyd, a 46-year-old black man, by a Minneapolis police officer.

Upon the curfew’s expiration at 6 a.m. Thursday, Bowser wrote a letter to Trump stating that she had “ended the state of emergency in the District of Columbia related to demonstrations,” requesting that he “withdraw all extraordinary federal law enforcement and military presence” from the city.

It is unclear which officers or troops Trump was referring to Friday when he tweeted about a “different group of men and women.” Law enforcement efforts in the District have become complicated this week as Trump has injected various federal forces into the city to stamp out protests.

Police officers and National Guard units fired rubber bullets, deployed flash bangs and set off tear gas bombs Monday to force peaceful protesters from Lafayette Square, on the north side of the White House, enabling Trump to stage a photo opportunity at a nearby church where rioters had set a fire last weekend. Bowser said no officers with the Metropolitan Police Department were involved in that incident.


On Monday night, D.C. National Guard helicopters could be seen hovering over crowds in an apparent attempt to disperse protesters. And Chairman of the Joint Chiefs of Staff Gen. Mark Milley patrolled the streets in his combat fatigues after Trump told the nation’s governors in a teleconference that the nation’s top military officer was “in charge” of restoring order.

Defense Secretary Mark Esper on Thursday ordered home several hundred active-duty troops from the 82nd Airborne Division who were brought to the national capital region. He had previously ordered the troops home Wednesday, but reversed his decision after irking the White House by declaring his opposition to deploying active-duty troops to respond to protests around the country.

Trump had threatened Monday to call on the military to put an end to the nationwide wave of racial unrest if state and local officials refuse to activate the National Guard, drawing rebukes from local and state leaders who expressed their opposition to federal government interference in their law enforcement efforts.