Charlo, 31, was booked at a satellite office at the Bexar County Courthouse just before 10 a.m. and released on bond about a half-hour later.

Charlo’s attorney Wednesday afternoon pushed back on the charges, claiming SAPD moved forward with the case in an attempt to embarrass his client.

On July 16, San Antonio police responded to the Privat Martini Bar & Social Club, located in the 5100 block of UTSA Boulevard, after receiving a call around 2 a.m. that Charlo had assaulted a waitress and taken off with her tips, according to an SAPD incident report released Wednesday.

The incident happened after a credit card Charlo attempted to use to pay his tab was repeatedly declined, the report states.

After Charlo accused the waiter of trying to steal his credit card, Charlo grabbed two black waiter books, removing his identification from one and cash from another, according to a warrant for his arrest.

Charlo and members of his group then “pushed their way out of the building and left the location” in a limousine bus, according to the warrant.

A waitress suffered a lower leg injury after a member of Charlo’s group stepped on her as they left.

Charlo is a world champion middleweight boxer with a record of 32-0-0, whose most recent fight was a victory in his native Houston in June against Juan Macias Montiel. 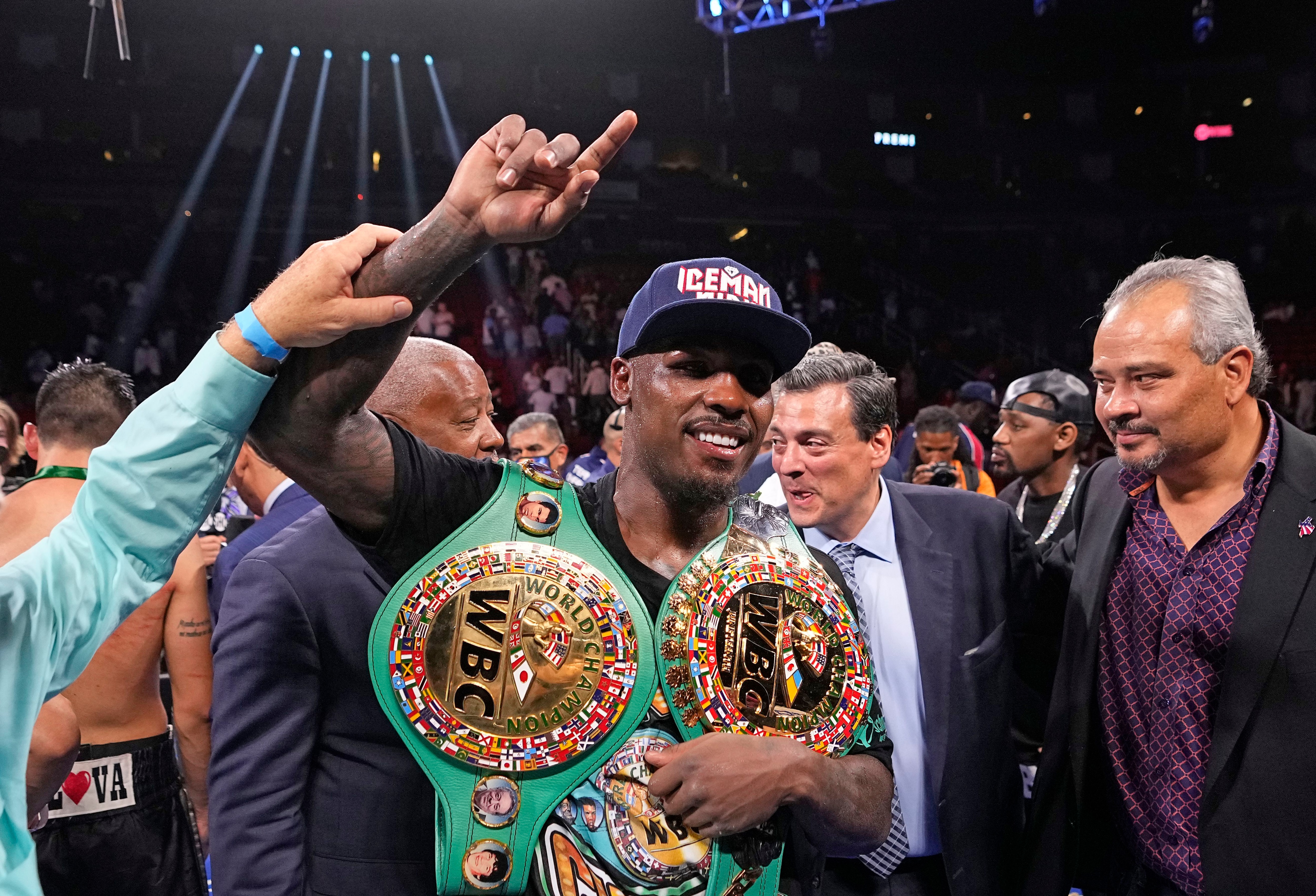 His twin brother, Jermell, himself a world champion super welterweight champion, fought Brian Carlos Castano to a draw at the AT&T Center on July 17, a night after the alleged incident at the night club.

The twin brothers were honored by the city of Houston earlier this summer, according to multiple reports.

Jermall Charlo’s attorney, Kent A. Schaffer, said via email Wednesday afternoon that his client did not take any property belonging to anyone else:

“I represent Jermall Charlo and I just saw your story regarding his case. I want to make clear that Jermall stole no money from anyone at the club and made no threats toward anyone. When they ran his card it was declined and he then received a fraud alert from Chase Bank asking if he had made the charge. He responded yes and they told him to have the charge submitted again. The waitress went to run it again and came back saying she could not find the card. Jermall was upset that his card was missing since it was a debit card tied to an account with a substantial amount of money. The waitress had his license sticking out of a portfolio and he took his license back saying that he didn’t want her to lose that too. By this time, many club employees were gathering in the hallway so Jermall’s handlers wanted to get him out of the club before trouble started and a club employee walked Jermall out to his car. Hours later Jermall’s assistant made contact with the club to give them another credit card number but the club refused to accept it. Over the last few weeks we have talked to the police, prosecutors and the club owner and although the club owner expressed his desire to drop the charges the officer insisted on filing charges to try to embarrass Jermall. At no time did he rob anyone or take any property other than his own.”