A student heading to Clark High School was robbed at knifepoint. Police quickly arrested 3 teens, but one officer was injured in the process.

A student on his way to Clark High School Thursday morning was robbed at knifepoint, according to San Antonio police.

Officers who responded to the call shortly after 8 a.m. quickly located the three suspects, all teenagers.

They say the victim was walking to school in the 4900 block of DeZavala Road when the suspects threatened him with a knife, ordering him to hand over all of his property.

The victim complied then went to a bakery about a block away to get help.

Officers found the suspects, two 16-year-old girls and an 18-year-old woman, and took them into custody. 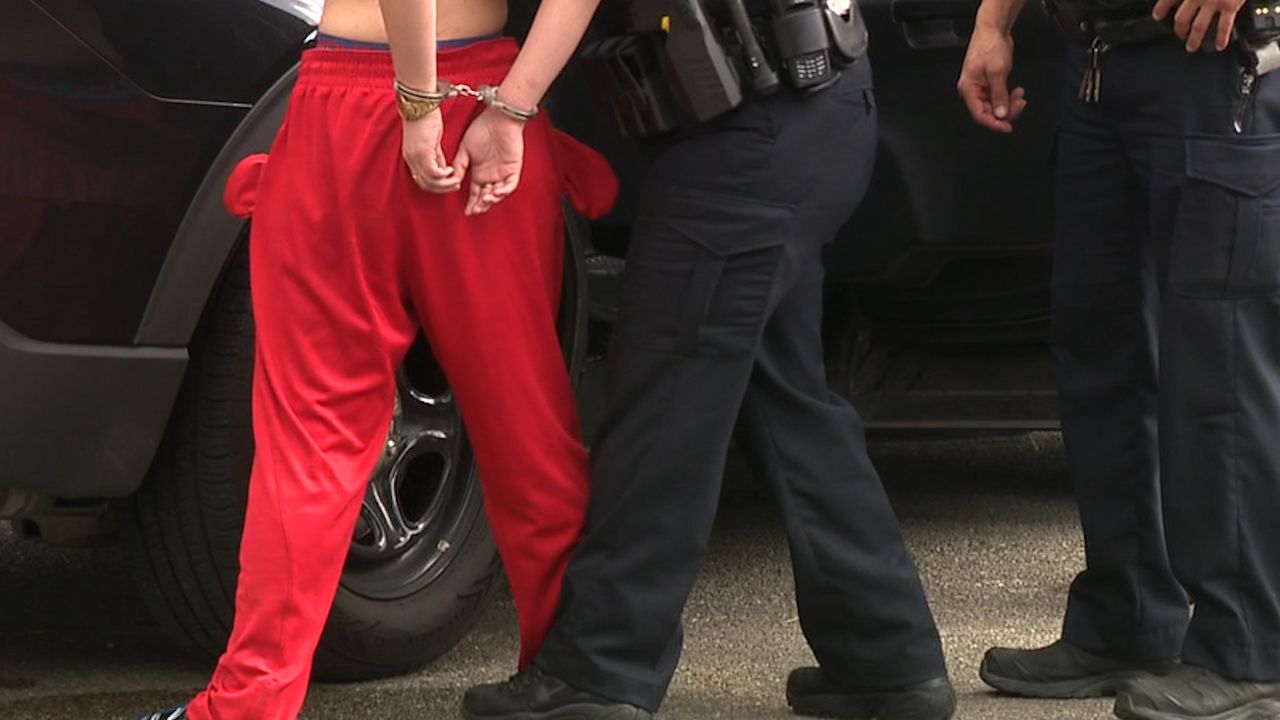 SAPD arrested three teens in connection to the robbery of a high school student.

Police say while making the arrests, one of the officers suffered an injury to his knee.

They say he was attempting to handcuff one teen on the ground when a second suspect jumped on his back.

A passerby, police say, helped to pull the suspect off the officer.

Police say they later found the knife used in the robbery as well as most of the victim’s belongings.

They spent some time searching the area for one missing item, the victim’s cell phone, but they did not find it.