San Antonio police arrested a driver who lost control of her SUV, jumped a sidewalk and ran over two teenagers on their way to school Friday morning.

San Antonio police arrested a driver who lost control of her SUV, jumped a sidewalk and ran over two teenagers on their way to school Friday morning.

The girls, who police say are sisters, were walking in the 10200 block of Dugas Drive at the time.

They were on their way to Stevens High School around 7:45 a.m. when the SUV ran over them, pinning them beneath the vehicle. 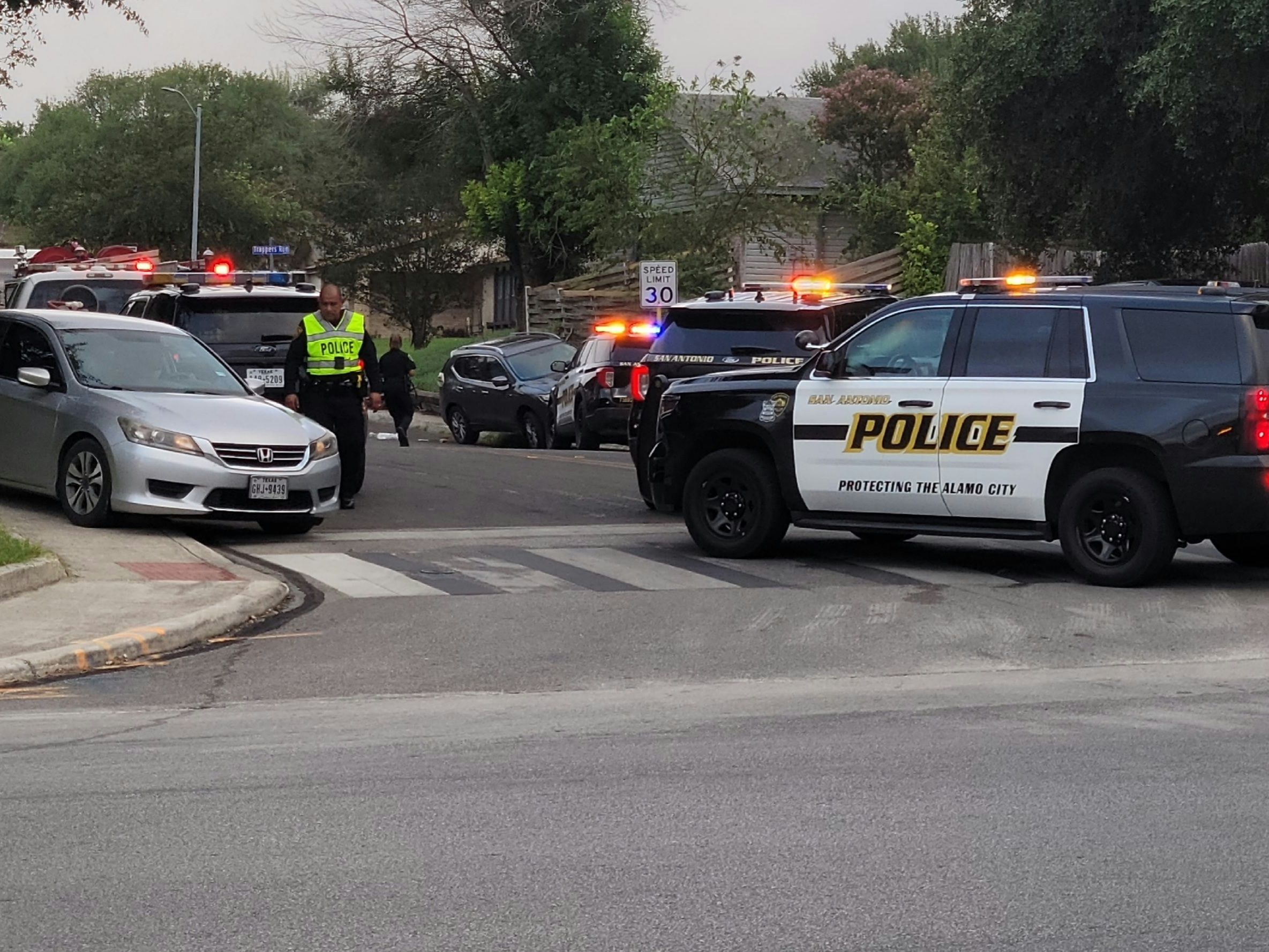 The SUV ended up on the sidewalk, pinning the girls beneath it. (Katrina Webber/)

“The first officer arrived seconds after the crash and he did a very great job of extracting these kiddos from underneath the vehicle,” said Officer Cory Schuler, a public information officer for SAPD.

Both teens were in critical condition, but stable, when they were rushed to a hospital by ambulance, Schuler said.

The driver remained at the scene and spoke with officers.

“At this point it’s an unforeseen reason as to why that vehicle left its lane of travel and hit them on the sidewalk,” Schuler said. “It doesn’t look to be intentional.”

Later, the driver was taken in a patrol car. Officers confirmed she was arrested Friday on suspicion of driving while intoxicated, but could not identify her because she had not yet been magistrated.

A sergeant at the scene said she was being taken to Public Safety Headquarters to answer additional questions.

While the investigation into this crash continues, Schuler said at times like this, all drivers can use a reminder to keep their eyes on the road.

“It’s very important for us driving and commuting to work and to our jobs, to pay attention,” he said. “That phone call can wait. That text message can wait.”