One of the country’s leading experts in justice policy says there is no evidence linking the rise in violent crime in many U.S. cities to efforts to reform the justice system. In fact, argues Fordham University law professor John Pfaff,  many of the reforms advocated in policing may actually do a better job at reducing violence than returning to the hardline policies of the past.

One of the country’s leading criminologists says there is no evidence linking the rise in violent crime in many U.S. cities to efforts to reform the justice system.

Fordham University law professor John Pfaff argues, in fact, that many of the reforms advocated in policing may actually do a better job at reducing violence than returning to the hardline policies of the past.

“The defenders of the status quo are mistaken,” Pfaff wrote in an essay this week in The New Republic. “Not only have reforms been less extreme than they often claim, but the rise in homicides has occurred more or less equally in places that adopted reforms and those that rejected them. 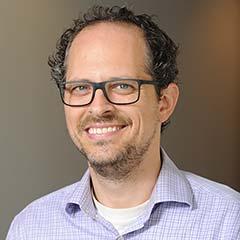 “And given how few places have significantly altered their approach to crime, the homicide spike by and large took place on the status quo’s watch.

“Those who want policy to remain more punitive are thus arguing for more of what has mostly failed us this past year, and they are trying to blame reforms that appear to be uncorrelated with the surge.”

Pfaff, author of Locked In: The True Causes of Mass Incarceration and How to Achieve Real Reform, writes that how to respond to the spike in homicides, amounting to an average 30 percent increase in homicides this past year compared to 2019, represents “one of the most important policy questions for 2021.”

But the answers most frequently advanced by those who want to return to “tough on crime” strategies will not address the issue, he writes.

Nor, he cautions, will simply throwing more money at the problem, as in the measures announced Wednesday by President Joe Biden.

A glance at 60 of the 69 major city police departments in which homicides rose in 2020, reveals no data that suggests cities with progressive prosecutors experienced a higher increase in homicides than those with punitive prosecutors, Pfaff wrote.

In fact, Pfaff pointed out, jurisdictions with two of the most progressive prosecutors — Baltimore, Md., and St. Louis County, Mo., — reported declines in homicides.

He noted that so-called “progressive prosecutors” often maintain tough-on-crime attitudes toward violent crime similar to that of punitive prosecutors. Their pledges to decrease enforcement of drug and non-violent crimes are often specifically linked to freeing up more police resources to go after violent offenders.

And although people are quick to “fear” the surge in crime and blame it on recent reform efforts, it is important to look at homicide rates rather than incidents, Pfaff wrote.

Throughout the 1990s, following the crime peak in 1991, crime decreased and 1998 marked a “soft landing of a major crime decline.”

Examining Explanations for the Increase in Homicides

Pfaff argued attempts to pin the rise in homicides on calls to defund the police are inaccurate.

He pointed to a December 2020 press conference where the U.S. Attorney for the Western District of Texas blamed rising homicides on the city’s decision to cut police funding. However, he failed to point out that homicides had begun rising before the cuts even occurred, and most of the cuts involved shifting tasks to different agencies.

Pfaff examines two leading explanations for the rise: the coronavirus pandemic and the protests against police violence.

Pfaff states there are many ways the pandemic could have contributed to the rising toll.

First, the pandemic caused extreme economic fallout, shutting down programs that cities rely on to address violence and it was extremely traumatic, especially for disadvantaged communities.

Crime has long been linked to persistent economic disadvantage, and studies show it is also linked to the fear due to changes in “economic prospects,” Pfaff said.

“It would be shocking if something with the psychological, economic and emotional impact of COVID did not contribute to a rise in violence borne of stress and strain,” Pfaff wrote.

The second explanation ties the rise in violence to protests against police misconduct, which have in turn led to police reducing “proactive” law enforcements―either out of anger at the protesters or fear that they will be find themselves on trial.

At a webinar sponsored by the Police Executive Forum (PERF) earlier this week, the chiefs of four major cities where violence has increased offered varying degrees of support for that argument.

“Officers are afraid they’re going to be hung out to dry,” said Louisville Police Chief Erika Shields, who acknowledged that “proactive” policing in her city effectively stopped in the wake of community-wide outrage following the police shooting of Breonna Taylor during a botched raid on her Louisville apartment in March 2020.

Pfaff maintained that while numerous studies have failed to find any real connection between a decrease in policing and homicide rates, evidence does show that a decrease in people’s view of the police as “legitimate” may cause more people to carry firearms and use them.

“This would suggest that at least some of the lethal violence is the product of anger at police forces that kill far too many Black men, as well as the remarkably violent, riotous way the police responded to last summer’s protest,” he wrote.

But he added: “To use this violence to justify doubling down on conventional approaches gets the lesson exactly wrong.”

Pfaff compared U.S. crime policy to a pendulum that swings back and forth between “harsh punitiveness” and “progressive rehabilitation.”

As crime rates increase, the government argues for harsh, punitive policies. When the crime rate decreases, suddenly those policies seem too harsh.

However, the punitive and progressive periods never last long, as there are always people trying to reverse either type of policy. When macro-level conditions unrelated to crime shift, the group trying to reverse the current policies has a chance to use the prevailing conditions to do so.

According to Pfaff, the U.S. is now in the midst of just such a shift, which he compares to the period before and after the terrorist attacks of Sept. 11 2001.

In the decade before 9/11, violent crime rates fell―and as they did, so did the prison population.

In a Gallup poll before the attack, nearly 60 percent of Americans no longer listed crime as a top concern, Pfaff said. Not coincidentally, state prison populations fell for the first time since 1970.

But after 9/11, the percentage of Americans who believed (incorrectly) that crime was increasing rose from 40 to 60 percent. The prison population then increased as well.

“September 11, and our angry response to it, produced a scared public, and a scared electorate is a punitive electorate.”

Things got worse as the nation’s political climate grew more polarized with the election of Donald Trump and its aftermath―epitomized by the Jan. 6 storming of the U.S. capitol.

“These are conditions that would push much of the public in a more punitive direction even absent any change in crime rates; add in the unprecedented spike in homicides, and demands for severity will grow even stronger, politically speaking.”

But Pfaff maintains there is more hope at a local level.

For example, Philadelphia District Attorney Larry Krasner, who ran on a platform to reduce mass incarceration and reform the criminal justice system, won the districts with the highest concentration of shootings in 2020 and coasted to an easy victory, despite predictions he would lose.

Pfaff argued this was an example of how, when given a choice between returning to conventional policing or looking to new reform efforts, people living in the neighborhoods most affected by violence choose reforms.

“The demands for significant reform thus seem to remain strong among those most affected by policing,” Pfaff wrote.

“These are people who live disproportionately in neighborhoods with higher rates of violent crime as well — which means they experience most immediately the trade-offs posed by reformers.”

In the recent Democratic primary race for New York City’s mayor, the leading contender so far is Eric Adams, a former New York cop who ran on a platform that combined pledges to strengthen public safety with promises to make police more accountable.

Early returns show that Adams, an African American, received the bulk of his support from the Black and Latinx community in many of the city’s at-risk neighborhoods.

“While people in higher-crime neighborhoods may hold complex and ambivalent views about the police, they understandably want someone to rein in the violence their communities face,” Pfaff wrote.

“Traditionally, law enforcement has shouldered that task, but we understand better now how others can do it in their stead. There are an increasing number of ways to reduce violence immediately that do not require an expansion of policing.”

Violence interruption programs, such as Cure Violence and Cure the Streets, work to address community violence by “interrupting” the retaliatory nature of crime. This method has empirical support to show its effectiveness.

Pfaff suggests not all solutions have to be related to criminal justice and that even expanding Medicaid could help decrease violence.

He cited evidence that Medicaid expansion led to a significant decline in both violent and property crimes in the first year in the participating states.

Other programs involving police-civilian partnerships, such as CAHOOTS and STAR, offer less punitive responses to incidents that do not necessarily require an armed reaction by police, such as mental health crises, homelessness and traffic stops.

But expanding those programs requires funding that can usually only found by cutting police budgets—and that would mean cutting officer numbers, since nearly 90 percent of police spending goes to wages, benefits and pensions, Pfaff wrote.

But it should not be ruled out.

“In an increasingly hostile short run, then, it may be better to advocate for these programs on their own terms, and then capitalize on their existence in the future to push for police reductions.”

The available evidence suggests that continuing many of the reforms that have begun over the past decade will have more of an impact of reducing violence than conventional policing of the past, Pfaff said.

“The politics may be turning toward the status quo,” he wrote. “But the data are not.”