A security guard fired a shot at a man who police say stole an ambulance, then threatened the guard with a knife. The bullet hit the back tire of the ambulance, causing it to shred.

A hospital security guard fired at least one shot at a man who allegedly stole an ambulance from a downtown hospital, then threatened him with a knife, according to San Antonio police.

The incident happened around 11:30 p.m. Wednesday.

Police say no one was hit by the gunfire, but the bullet did hit a back tire on the ambulance as it drove away.

They say the 44-year-old man had just been released from Baptist Medical Center in the 100 block of Dallas Street.

The guard told officers he saw the suspect on surveillance cameras approaching the ambulance which the guard believed might contain a patient.

Police say the ambulance had been left running with its keys still in the ignition.

As the suspect drove off in the ambulance, the guard jumped into his vehicle and chased it, police say.

At one point, he says, he thought he might have the suspect cornered when he drove the ambulance to a dead-end near Richmond and Quincy streets.

Police say the guard told them the man hit him with the ambulance door, then pulled out a knife.

The guard fired the shot which hit the ambulance tire, causing it to shred. 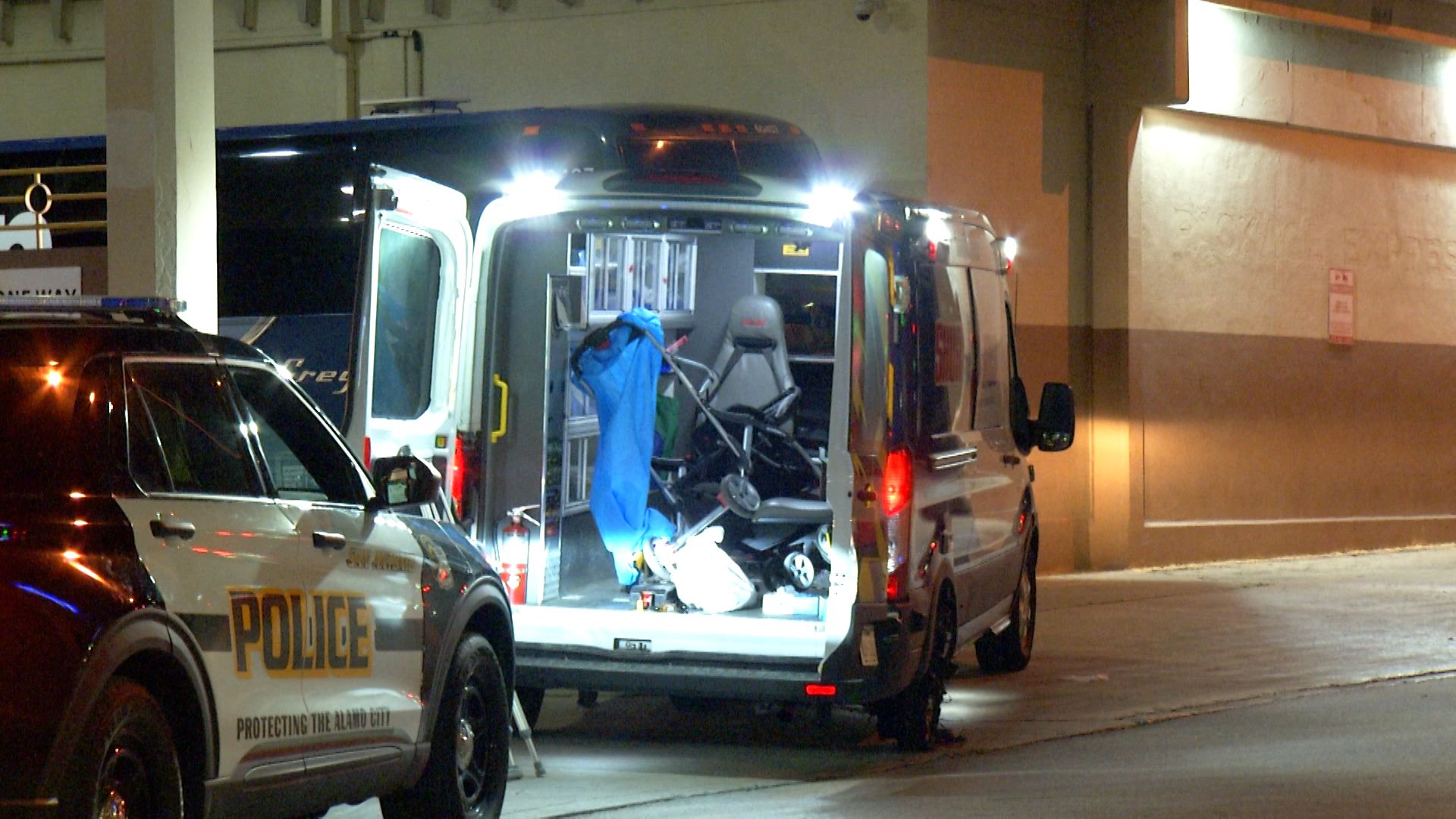 The security guard told police he thought the ambulance might contain a patient. A spokeswoman for the ambulance company later said there were no patients inside at the time (21 Pro Video/)

SAPD officers caught up with the ambulance near the Greyhound bus station at Pecan and N. St. Mary’s streets, about a half mile from the hospital.

READ:  After Latest Shooting, ‘Chicago Has No Love Left’

They say they took the suspect into custody as he exited the ambulance.

That man initially complained of chest pains and was taken to a hospital to be checked out, police say.

He later was booked into the Bexar County jail on a charge of aggravated robbery. 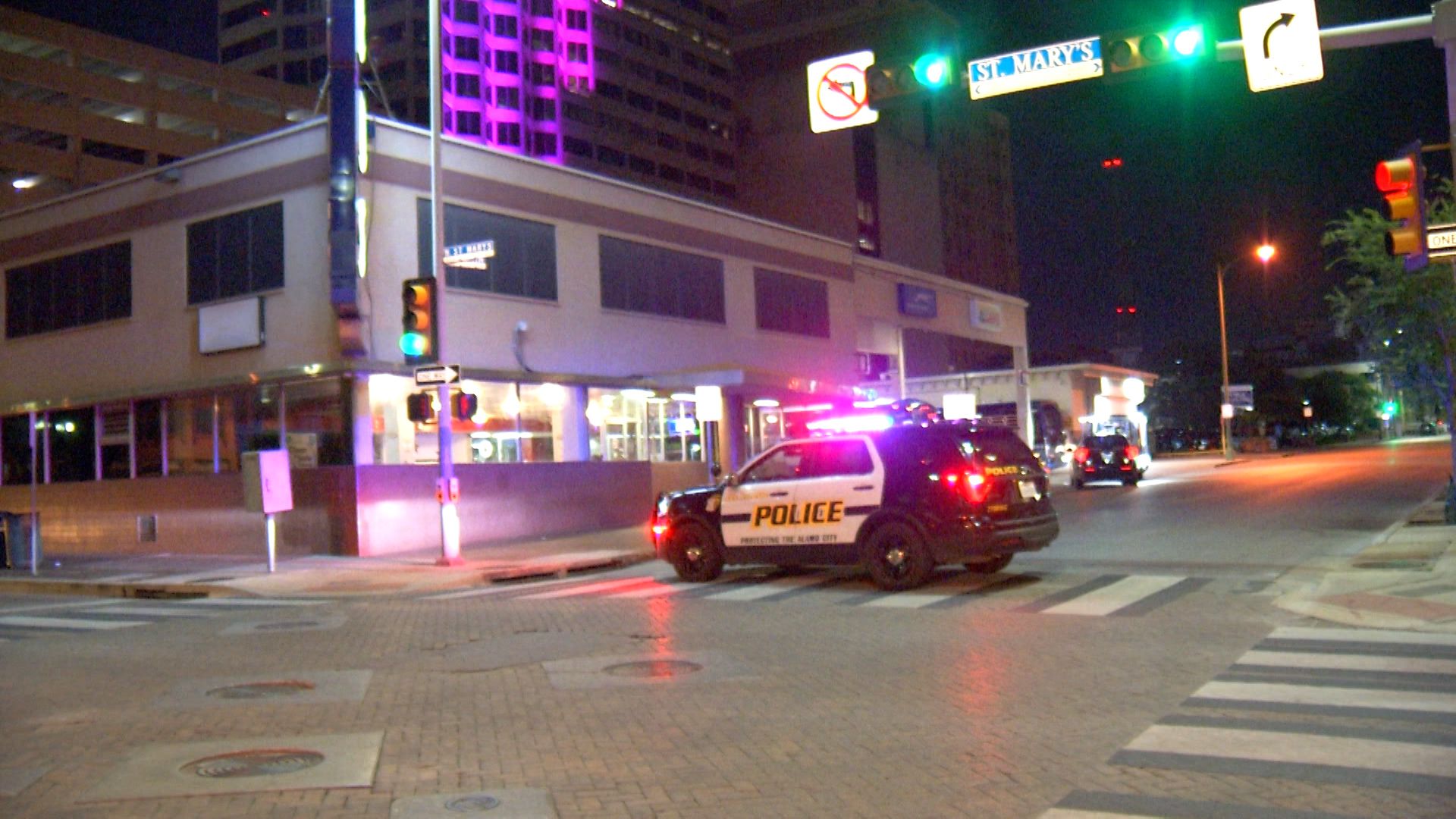 After catching the suspect, police took the suspect to a hospital when complained of chest pains. Later, he was taken to jail. (21 Pro Video/)

KSAT12 reached out to both Baptist Hospital and Shur Med, the company that owns the ambulance.

A Shur Med spokeswoman said because the case is under investigation, she could not comment on it.

However, she did say there were no patients in the ambulance at the time, and no one was hurt.

A spokeswoman for Baptist Hospital referred all questions about the incident to SAPD.