A recent RAND study revealed the potential for racial bias, but the more fundamental problem is that the federal criminal legal system relies too heavily on the extraordinary power of the presidency to perform tasks that are essentially routine, writes a former U.S. Pardon Attorney.

Last week, the RAND Corporation published its long-awaited Statistical Analysis of Presidential Pardons, commissioned in 2012 by the Bureau of Justice Statistics to determine whether the Justice Department process for deciding who to recommend for a presidential pardon is tainted with “systematic” racial bias.

The RAND study appears to have been a direct response to an investigative report published jointly in December 2011 by ProPublica and the Washington Post. That report concluded, based on an examination of pardon cases granted and denied during the administration of George W. Bush, that race was “one of the strongest predictors of a pardon.”

Specifically, the ProPublica study asserted that “White criminals seeking presidential pardons over the past decade have been nearly four times as likely to succeed as minorities,” while “Blacks have had the poorest chance” of receiving a pardon.

In a 224-page statistical analysis of how pardon petitions were evaluated by the Office of the Pardon Attorney (OPA) between 2001 and 2012, the RAND researchers “[did] not find statistically significant evidence that there are racial differences in the rates at which black and white petitioners receive [favorable] pardon recommendations.” (Note that sentence commutations were not a part of the RAND study.)

At the same time, there was also “no question that non-Hispanic white petitioners as a group were more likely to receive a pardon than did black petitioners.” The apparent contradiction between these two statements can be explained by the fact that white applicants were statistically more likely to satisfy the formal standards that apply to OPA decisions about which cases to recommend for pardon, suggesting that either the formal standards need revision or the pool of applicants needs to be expanded, or both.

To this point, the RAND researchers appeared troubled by the extent to which subjective lifestyle criteria influence the evaluation of pardon petitions under governing policies.

“There may well be specific instances, both within our study time frame and without, where conscious or unconscious bias on the part of a member of OPA’s staff influenced the ultimate outcome of a petition, either for or against a grant of pardon.”

This would appear to be an understatement.

The composite profile of a successful pardon applicant that RAND describes, based on its examination of hundreds of OPA case files, is a U.S.-born white man in his mid-50s, who committed a white-collar crime in his late 20s and had no criminal activity before or after the conviction, who pled guilty and was sentenced to probation, and who applied for a pardon more than 20 years after he was sentenced.

The least successful composite petitioner was “a non-Hispanic black female who was not a U.S. citizen by birth and was in her late 30s when the underlying offense (a firearms-related crime) was committed,” who (inter alia) had “indications in her case file of criminal activity both before and after the conviction,” who had experienced financial and employment instability, who “was likely seeking clemency for the purpose of obtaining or restoring a professional license,” and whose character references came predominantly from family members.

The RAND researchers conclude the following about what sort of person was most likely to get a favorable recommendation from OPA during the period 2001-2012:

[T]he takeaway here is that a petition has the best chance for success when the petitioner has led a fairly ordinary life other than in regard to a single brush with the law, received only modest sanctions when sentenced and served it without incident, never experienced financial or behavioral troubles, had a stable family and employment history, waited decades before seeking executive clemency, and had a criminal justice experience benign enough so that those who prosecuted his case or were responsible for his pretrial evaluation had little concern over a grant of pardon.

To be fair, the subjective criteria applied by OPA are all but dictated by the standards for consideration of pardon applications set forth in the Justice Manual, which have not changed for many years. They require an assessment of “post-conviction conduct, character, and reputation,” as well as “seriousness and relative recentness of the offense,” and “acceptance of responsibility, remorse, and atonement.”

An Opaque and Secretive Process

“Need for relief” is described in the standards in terms of mandatory restrictions like those in statutes applicable to bonding and licensing. The degree to which “conscious or unconscious bias” might influence application of these standards in particular cases would be particularly hard for an outsider to gauge, given the highly opaque and even secretive OPA process, which the report says “mirrors to some degree the inquisitorial system utilized in civil law countries.”

But in this case the statistics don’t lie.

Other interesting (though not surprising) statistics gleaned from the RAND report are:

The RAND researchers attribute “the difference in the findings between our study and ProPublica’s . . . to the fact that both studies utilized relatively small samples of pardons granted.”

They acknowledge that their small sample size may have skewed the results in other ways, noting that the review they had initially planned of 1,500 case files had to be reduced to fewer than 300 cases as a result of the announcement of the Obama Clemency Initiative in 2014, which forced an end to its review of pardon casefiles and halted all processing of pardon applications for 18 months.

The RAND report acknowledges the overrepresentation of white petitioners in absolute numbers compared to Black and Hispanic pardon seekers, and cites the possible deterrent effect of so much detailed instructional information on the OPA website.

While the report argues that the application form itself should be relatively easy to fill out, its authors may have had in mind the profile of the successful pardon applicant, rather than someone with a lot of potentially damaging and dated information to disclose, such as prior and subsequent criminal record, employment history, drug use and treatment, mental health consultations, financial issues, etc.

In any event, it recommends encouraging criminal defense attorneys to inform their clients about the possibility of petitioning for a pardon, and assisting petitioners through providing free clemency clinics and expanding programs like Obama’s 2014 clemency initiative to address this racial imbalance.

Finally, in what may be the most disturbing finding for the Joe Biden administration, the RAND report observes that OPA appears to be struggling to manage a growing case backlog despite having had its attorney staff augmented during the Obama years.

OPA appears to be having increased difficulty in keeping up with the incoming pardon caseload. As of the beginning of June 2018, over 2,000 pardon petitions were classified as pending, but for most years prior to 2016, the pending caseload was no more than half that amount.

Since June 2018, in part because of former President Donald Trump’s deliberate neglect of the regular pardon process, the backlog of pending pardon petitions has grown to more than 3,000 cases, some of which have been pending for more than a decade, while the commutation caseload now exceeds 12,000 cases.

The RAND report expresses concern that this overwhelming caseload may increase the time it takes to process a pardon application, which it characterizes as already “long and drawn-out.”

Indeed, it suggests that an intractable backlog could continue to grow given the hundreds of thousands of individuals who are eligible to apply for pardon, particularly if they are “motivated to apply under the belief that a more receptive ear currently resides in the White House.”

The report does not suggest alternative ways of dealing with the caseload, such as shortcutting the investigative process or increasing administrative case closures, as much as conceding that such efficiency measures would have racially skewed results.

But in accepting a backlog of pardon cases as inevitable and likely to grow larger, particularly if the president stirs up interest by granting pardons, the RAND report fails to recognize that the primary problem with the pardon process today is not structural racism or a slow-moving bureaucracy, or even antagonistic federal prosecutors (though all three contribute to the dysfunction of that process).

The primary problem is that the federal criminal legal system relies too heavily on the extraordinary power of the presidency to perform tasks that are essentially routine. While the states have been busy expanding their courts’ authority to restore rights and opportunities to people with state convictions, Congress has done nothing to provide alternative statutory relief mechanisms to people with federal convictions.

This has left the president solely responsible for implementing the important public policy of facilitating reintegration, armed only with a personal constitutional power that is notoriously unfair and that cannot be delegated. It also leaves a great deal of power in the hands of unaccountable staffers.

Addressing this untenable situation must be the work of the Biden administration and Congress in the next few years. Happily, if past is prologue, it is likely to have an unusual degree of bipartisan support. 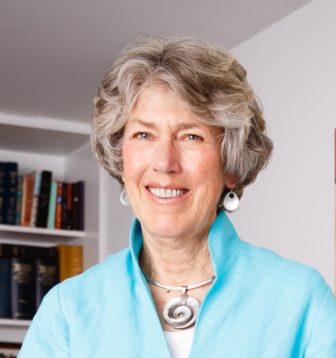 A forthcoming issue of the Federal Sentencing Reporter, which I had the privilege of guest editing, contains essays discussing the impact on the regular pardon process of Donald Trump’s irregular use of the pardon power, proposing ways in which the president’s power can be used more fairly and efficiently, and suggesting how it may be supplemented by statutory remedies.

The RAND report can be accessed here.