Two decades after the September 11th attacks on the U.S., mastermind Khalid Sheikh Mohammed and other co-conspirators are still awaiting trial at Guantanamo Prison. Experts point to the pandemic, system turnover, as reasons why the case has “gone badly off the rails.” 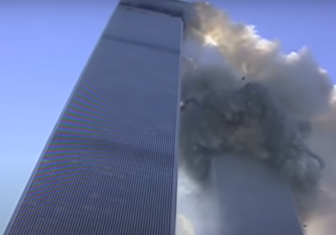 As the 20-year anniversary of the September 11 attacks approaches, alleged mastermind Khalid Sheikh Mohammed still awaits trial in Guantánamo Prison. Speaking with national security experts about how the justice system at the prison is set up, NBC News reports that “the system is set up to fail.”

Although legal proceedings in the case against Mohammed and four other defendants resumed Tuesday with a pretrial hearing after a long COVID shutdown, a trial date has still not been set, and experts say it won’t happen “any time soon.”

National security experts and many others agree that the effort to bring these defendants to justice has “gone badly off the rails.” 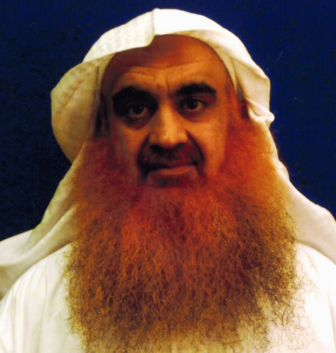 One factor delaying the trial is the frequent judge and lawyer turnover, fueled by the logistical nightmare involved in traveling to Guantánamo Prison. The military commission’s system set up for the trial was only just created in the Barack Obama administration, leaving many to question rules leading to hours of litigation.

Also, advocates and other experts say it has taken years to get summaries of the classified evidence against the men, and the defense lawyers still say they don’t have everything they need, despite all possessing top-secret security clearances. The defense lawyers also maintain that the trial has inched forward because the CIA is trying to cover up torture done to the detainees.

Khaled Mohammed, shortly after his capture in 2003.

The pretrial hearing was the first time the five detainees have appeared in court since February 2020.

Although the military judge presiding over the courtroom, Judge Col. Matthew N. McCall, asked everyone to keep their masks on, four of the defendants removed theirs once the hearing began, reported CNN.

Khaled Mohammed, a member of Al Qaeda, has confessed to organizing the 9/11 attacks, and to being involved in the killing of journalist Daniel Pearl, the 1993 World Trade Center attack and a 2002 Bali nightclub bombing, and has been indicted in the southern district of New York on seven counts of conspiracy.

In 2007, the Pentagon released a 26-page transcript containing his confession, but the confession has been challenged as being forced under torture.

Born in Rawalpindi, Pakistan, Mohammed, is believed to be between 56 and 57 years old. He spent three-and-a-half years in secret CIA detention before being transferred to Guantánamo Bay in September 2006.

Meanwhile, the promised closure of the Guantanamo prison also seems a distant dream. The Biden White House has promised to follow through on former President Barack Obama’s pledge to close the prison, which opened in January 2002, and where most of the 39 men still held have never been charged with a crime.

But despite early moves to free one prisoner and place five others on a list of those eligible for release, how or when the administration will carry out that plan remains unclear, reports the Associated Press.

The oldest prisoner, a 74-year-old Pakistani, has been diagnosed with heart disease and other ailments. He  was cleared for release in May but still remains detained. Lawyers says a number of other detainees have physical and mental health issues.

“People are getting older, sicker, more and more desperate,” said Pardiss Kebriaei, an attorney with the Center for Constitutional Rights who represents a Yemeni prisoner who was recently cleared but remains held.