Commuters in the UK got a surprise when a fellow passenger was spotted with a snake wrapped around his face and neck on the bus Manchester.

The man boarded the Swinton bus on Monday with the creature photographed wrapped around his neck and mouth, believed to be in leui of a mask. 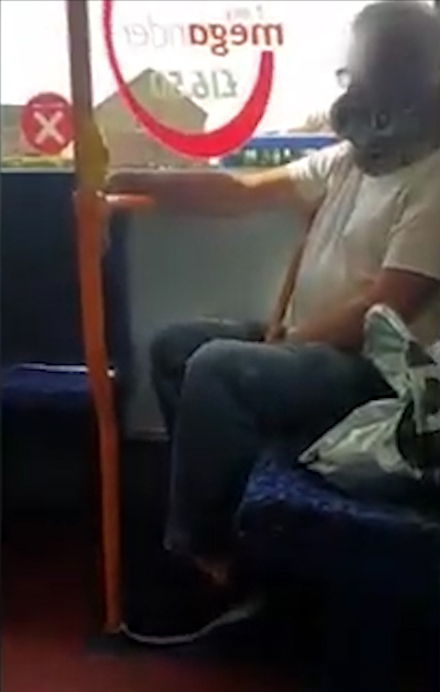 A passenger who witnessed the bizarre scene said she thought it was just "a funky mask" until she saw it wrapping itself around the handrails.

She described the incident as "really funny" and said nearby passengers seemed surprisingly undisturbed by the scaley creature.

"Government guidance clearly states that this needn't be a surgical mask, and that passengers can make their own or wear something suitable, such as a scarf or bandana," said a Transport for Greater Manchester spokesperson.

"While there is a small degree of interpretation that can be applied to this, we do not believe it extends to the use of snakeskin - especially when still attached to the snake."

It is mandatory to wear a face covering while outdoors and on public transport in the UK due to the ongoing coronavirus pandemic.