Zendaya “worries” about money—but she may not have to much longer.

How many stars get to say that they’ve landed lead television roles, starred as a Marvel character, produced their own films and won an Emmy, all before the age of 30? Not many—and that’s part of the reason why Zendaya‘s net worth is where it’s at today.

Zendaya has come a long way since her Disney days. The star, who got her start as Rocky Blue on the Disney Channel show Shake It Up in 2010, has gone from earning thousands of dollars to millions per year all on her own. Of course, like many twentysomethings, Zendaya is still figuring it all out—and that includes her finances.

In 2021, the Malcolm & Marie star opened up about her anxiety surrounding money in an interview with British Vogue, admitting to the magazine that she talks about her financial worries in therapy. “The hope is to have a career where you can be in a position, financially, to just do things you want to do because you enjoy the work and not have to worry about the other things,” she told British Vogue for their October 2021 cover story. “But I’m always like, ‘I will always need to work.’ Because if I don’t work then everything can be gone tomorrow.”z

Despite her massive success throughout the years, Zendaya still has a hard time spending money on herself: “My mother’s a saver, and so I try to keep that in mind. Then my dad’s like, ‘You know, you can’t spend it when you’re dead,’ kind of thing. I’m somewhere in-between,” she told British Vogue. In fact, the star waited 23 years to take her first vacation—and she had to force herself not to “stress out” about how much she was spending on the trip, according to the outlet.

READ:  Grove Hero Goes Off On Blac Youngsta: You Lame!!

Money concerns are always valid, but in this case, they also raise some questions about Zendaya’s net worth. For everything we know about how much Zendaya makes in 2021, just keep on reading.

What is Zendaya’s salary for Euphoria? 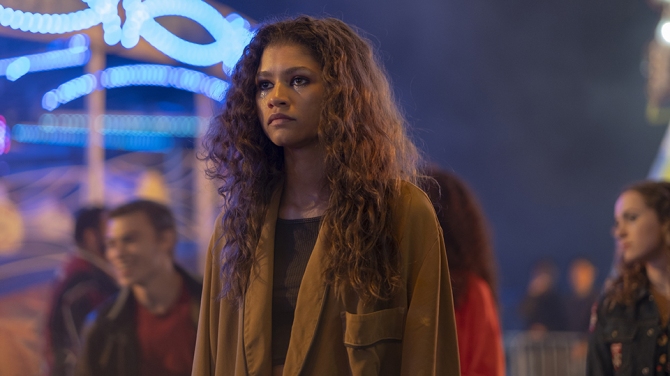 One of Zendaya’s most famous roles to date has been her character on HBO’s Euphoria. The series, which premiered in 2019, follows Zendaya as Rue—a 17-year-old drug addict fresh out of rehab with no plans of staying clean—and the troubled teens in her circle. Euphoria became an instant hit following its first season; so much so, HBO greenlit Euphoria season 2 before season 1 finished airing. In 2020, Euphoria received a whopping six Emmy nominations. Zendaya, for her part, won the Primetime Emmy for Outstanding Lead Actress in a Drama Series for her role on the show.

While it’s unclear exactly how much Zendaya was paid for Euphoria, it’s safe to assume she received a hefty paycheck for the role. After all, prior to the release of Euphoria on HBO Max, Zendaya’s net worth was only $5 million. Given her net worth in 2021—which you can find below—Zendaya earned exponentially more in the years after debuting her role in the series.

What is Zendaya’s salary for Dune? 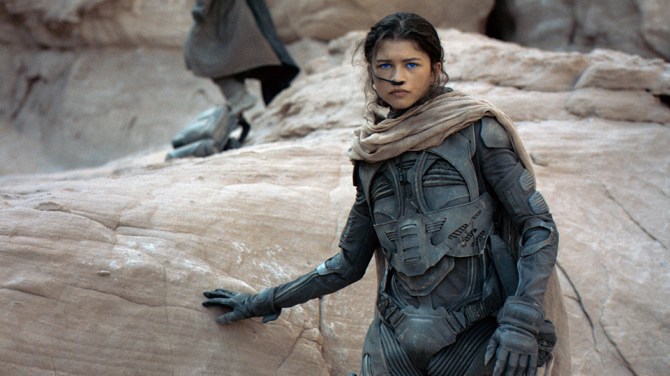 Zendaya plays Chani, the love interest of Timothée Chalamet’s character Paul Atreides in 2021’s Dune. Prior to the release of the film in October 2021, Zendaya admitted that she didn’t have a very big role in the first installment of the Dune franchise. “My part is very, very small in this movie,” she said in an interview with Empire. “That’s why I’m so excited to see it, to see what everyone’s been up to. [Denis and I] had a little discussion about who Chani is and the strength she possesses. She’s a fighter, that’s what her people are.”

READ:  Reba McEntire Thought She Came Down With COVID-19 After Getting Sick Recently, But...

The HBO star went on to add, “I only really had a few days with her, so I kind of scratched the surface but it was so much fun figuring her out. What does she walk like, what does she talk like? This is her planet, so how does she navigate this world? It was so fun.”

Given her small role in the film, Show Biz Galore estimates her salary was a cool $300,000. While this is nothing to be disappointed by, it’s a lot less than what the film’s lead Timothée Chalamet made at around $2 million. Still, it’s only a matter of time until Zendaya earns even more from the Dune franchise. According to Dune director Denis Villeneuve, Zendaya is slated to become the main protagonist of Dune 2.

“When I did the casting for Chani’s character, I met a lot of actresses,” Villeneuve said in an interview with La Repubblica, per IGN. “Zendaya wanted to audition and today, after shooting the film and seeing what a wonderful actress she is, I’m sorry I auditioned her. It was just because I didn’t know her. However that day, she impressed me and when she left the studio I knew that Chani was her, the young desert tiger. I am honored to present two such explosive talents on screen [Chalamet and Zendaya] and I can’t wait to shoot the second part of ‘Dune’ to get them back together. Knowing that in the next chapter Zendaya will be the protagonist of the story.”

According to Celebrity Net Worth, Zendaya’s net worth is an estimated $15 million as of 2021. This is thanks to over a decade of television and film appearances, along with multiple brand partnerships and sponsorship deals under her belt.

READ:  Jennifer Lopez and Ben Affleck get cosy at dinner in Malibu

Zendaya, who got her start as Rocky Blue on Disney’s Shake It Up, has gone on to star in blockbuster hits like the Spider-Man franchise and The Greatest Showman. Her first appearance in the Marvel movie was for Spider-Man: Homecoming, where she starred as Peter Parker’s love interest, MJ. That film was a huge hit, grossing over $880 million at the box office. Zendaya went on to reprise her role in 2019’s Spider-Man: Far from Home, which was even more successful at a whopping $1.1 billion in gross box office sales. Following the film’s success, Zendaya was confirmed to return to the franchise yet again for 2021’s Spider-Man: No Way Home.

In addition to her acting roles, Zendaya has made money from her lucrative brand deals and product lines. These include her partnerships with Lancôme, Valentino and Bulgari, along with promoting brands such as Madonna’s Material Girl line and products by CoverGirl, Beats and Chi Hair Care, among others.

Dune is available to stream on HBO Max.