“Yo is this chick ok!????” Disick allegedly messaged Bendjima alongside a shot of Kourtney and Travis making out in Italy.
Kourtney Kardashian and Travis Barker have certainly garnered a lot of attention since going public with t… 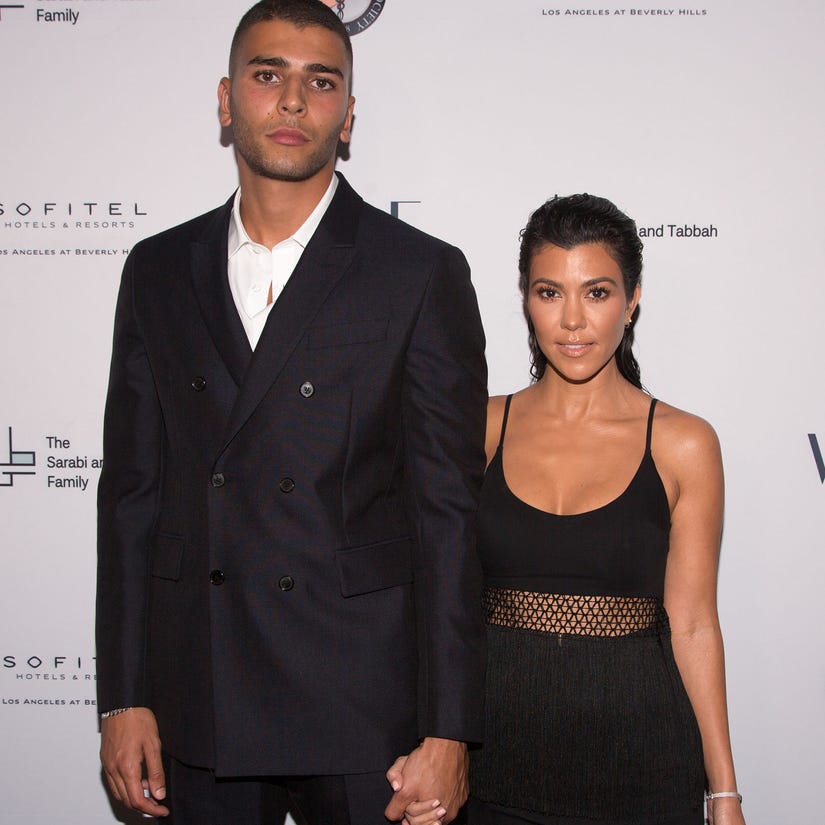 "Yo is this chick ok!????" Disick allegedly messaged Bendjima alongside a shot of Kourtney and Travis making out in Italy.

Kourtney Kardashian and Travis Barker have certainly garnered a lot of attention since going public with their relationship and affection -- even from her exes!

In June, Kourtney's ex and the father of her children, Scott Disick, publicly gave his blessing to the new couple during the "Keeping Up with the Kardashians" reunion special with Andy Cohen.

When Andy asked Scott if Kourtney and Travis have his blessing, he said, "I mean, yeah. I think if you really love somebody, you want them to be happy no matter what. I do give her a blessing to be happy."

But privately, at least according to another of Kourtney's exes, Younes Bendjima, Scott doesn't seem quite so keen on it.

Taking to his Instagram Stories late Monday night, Younes shared a screenshot that he claims is from a private DM conversation he had with Scott regarding one of the more famous photos taken of Kourtney and Travis enjoying one another's company publicly. Since it's a paparazzi photo, we blacked it out below, but it shows the two making out on a boat during their Italian vacation. 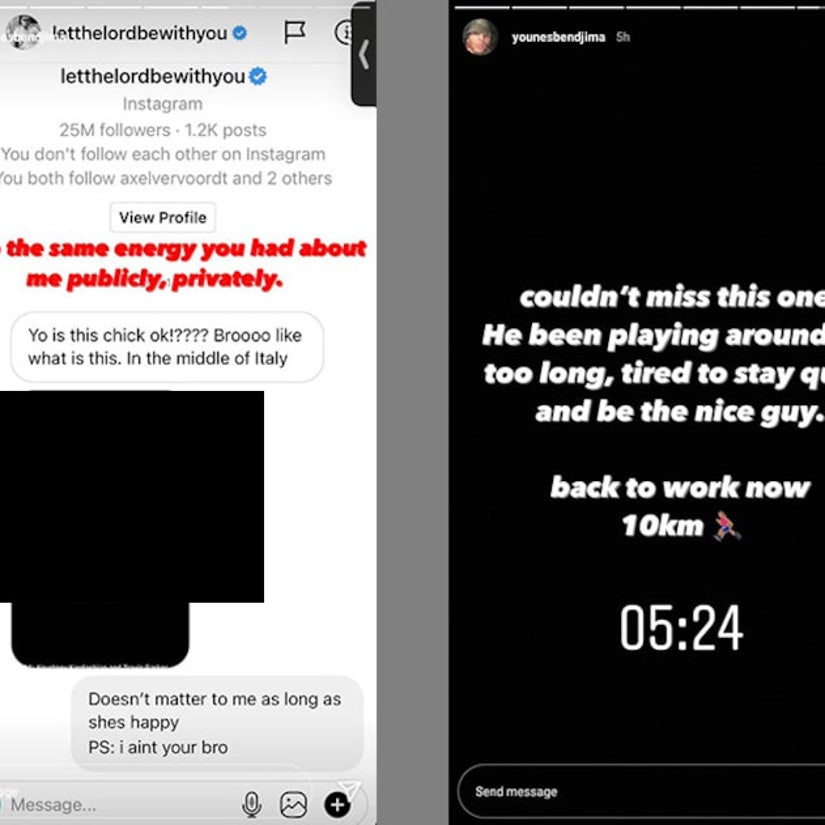 According to the screenshot, Scott sent Younes the picture of Kourtney kissing and straddling her new beau alongside the message, "Yo is this chick ok!???? Broooo like what is this. In the middle of Italy."

Younes, who dated Kourtney from 2016 to 2018, allegedly responded by writing, "Doesn't matter to me as long as shes happy," adding, "PS: i aint your bro."

He then wrote on the alleged screenshot itself, "keep the same energy you had about me publicly, privately." This could be in reference to Scott's comments on the "Keeping Up" reunion show regarding Kourtney's relationships that he wanted to "kill" anyone involved with his ex.

As noted by The Daily Mail, there is clearly no love lost between the men, according to this screenshot, as it clearly states that neither of them follow the other on Instagram. That would also indicate that Scott would have had to search for Younes' account to DM him.

Younes followed up his original share with a stark message in black-and-white, writing, "couldn't miss this one. He been playing around for too long, tired [sic] to stay quiet and be the nice guy."

While Younes doesn't put a timestamp on the screenshot of his alleged private conversation with Scott, the accompanying photo was taken just this past weekend while Kourtney and Travis were vacationing together in Italy, suggesting this just happened.