Yes, her decision involves Kris Humphries.
Kim Kardashian isn’t ready for her children to watch “Keeping Up with the Kardashians.”
In E!’s preview for Thursday’s new episode of “KUWTK,” Kim opens up to Scott Disick about … 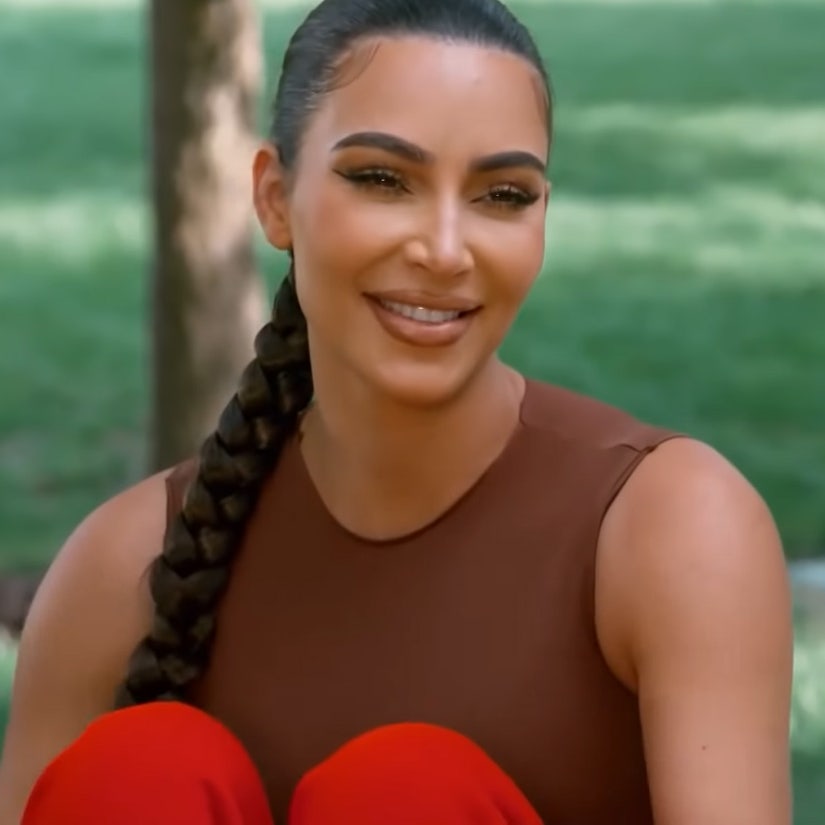 Kim Kardashian isn't ready for her children to watch "Keeping Up with the Kardashians."

In E!'s preview for Thursday's new episode of "KUWTK," Kim opens up to Scott Disick about her concerns over her kids -- North, 7, Saint, 5, Chicago, 3, and Psalm, 2 -- watching her family's reality series, admitting she's "hesitant" to let them see it.

The KKW Beauty founder tells Scott that North has seen some footage of the show on TikTok, including the infamous "KUWTK" moment when Kim lost her diamond earrings in the ocean.

"They do the crying scene from Bora Bora, pretty much all my crying scenes," Kim says. "She'll come in and go, 'Mom, I lost my earring!' She'll, like, do that as a joke and I'm like, 'You have no idea what that is.'"

However, Scott -- who shares Mason, 11, Penelope, 8, and Reign, 6, with ex Kourtney Kardashian -- points out that the kids are "going to watch it at some point."

"It's their life," he tells Kim. "At what point do we sit them down and say, 'You're allowed to go through these seasons and see what mom and dad did all these years?'"

Kim admits that she doesn't want to have to tell her kids about Kris Humphries, whom she filed for divorce from after only 72 days of marriage back in 2011.

"I don't really want to explain who Kris Humphries is," she says to Scott.

"That is your life, that is your past and at some point, they're going to be interested in seeing everything," Scott explains. "They're either going to do it without us or with us."

READ:  The New Moon In Scorpio Spurs A Hard Look At Your 2020 Regrets & Ouch

While Kim says she wants to be the one to show her kids "KUWTK," she's "just not ready" for them to watch it yet.

"Recently the kids have asked to see the show but I'm really hesitant just because me personally, I'm going to have to explain a lot," she shares in a confessional. Scott jokingly adds, "Honestly, the only person that did bad s--- on the show was me. You have nothing to worry about."

During their discussion, Kim points out that Kourtney told Mason about the news of "KUWTK" coming to an end. However, Kim notes that Mason "really didn't have any reaction."

"It doesn't mean anything to him," she tells Scott, adding that the kids "were such a big part of the show."

"They were born into it," Scott explains. "If we were born with cameras around we wouldn't know the difference either. It must be crazy though to be a kid and not even really realize you're on 'The Truman Show.'"

"Keeping Up with the Kardashians" airs Thursdays on E!.