Guy Pearce, Stephen Lang and Vadhir Derbez tease their demonic new film.
The mix of horror and religion always makes for an interesting pairing and while “The Exorcist” is considered the gold standard of possession movies, that h… 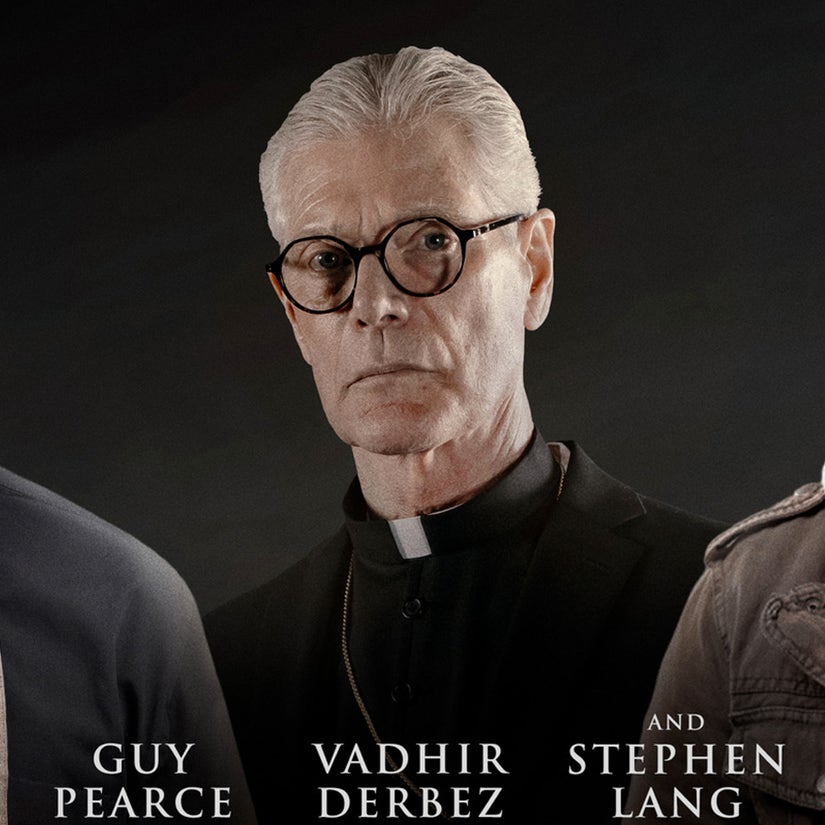 The mix of horror and religion always makes for an interesting pairing and while "The Exorcist" is considered the gold standard of possession movies, that hasn't stopped filmmakers from trying to recapture that terror in the almost 50 years since.

Out this week is "The Seventh Day," a movie best described as a cross between "Training Day" and William Friedkin's 1973 classic and the latest entry in the possession horror genre. Starring Guy Pearce as a grizzled and experienced exorcist, Vadhir Derbez as a rookie priest on his first assignment and Stephen Lang as the archbishop calling the shots, the movie was outside of all three of their comfort zones.

"I watched a lot of horror movies as a kid. I was a teenager watching sort of 'Evil Dead' the 'Halloween' films and 'Friday the 13th' and 'American Wolf in London,' all that kind of stuff back in the early '80s," Pearce told TooFab. "And so I watched this the other day and went, 'Okay, wow, this sort of takes me back to that stuff. I haven't really watched these kinds of films for many years, so I'm curious how this will be perceived now."

While the actor has only done a handful of horror projects -- including "Don't Be Afraid of the Dark" and cult cannibal classic "Ravenous" -- Pearce said he was attracted to the exploration of religion in the film. "I'm intrigued by the idea of people being fixated on religion, but I'm also intrigued by reincarnation and the idea that spirits and energy can move about amongst us living creatures," he continued, "that maybe one of us living creatures could be inhabited by a negative spirit."

READ:  Mulatto Shows Off Her Expensive Gifts As Her Birthday Approaches

"I didn't even really think about the horror element," he added. "It wasn't until I watched the film and I went, 'Right, okay, kind of a horror film.'"

While there are a lot of horror fans who draw the line at watching movies about possession and exorcism, neither Pearce or his costars were all that concerned or superstitious. "I don't believe in stuff strongly enough," said Pearce, before adding, "I don't disbelieve in stuff strong enough to think that couldn't happen. I just go, this is possible ... who knows?"

"My life has brought me into different kind of religious paths, like I was raised a Catholic and then after that I guess my mom just decided to stop going to mass or something," Derbez told TooFab, "So I guess after awhile I just started to believe in whatever I wanted to believe, but I did kind of always felt like when it came to spirits and stuff like that, that was real."

"I know of a lot of occasions, a lot of people who've actually seen things. So, I do know that in that world that there's definitely something," he continued. "My best friend actually, back in Mexico, he told me like, 'Bro I know I've seen all the movies that you've been on. I've been supportive, but this one is not gonna be one.' Like he doesn't ... anything that has to do with exorcisms, he would never."

For Lang, he didn't come into the film with any superstitions or religious worries -- but he did bring some realistic expectations.

"We could make the best film in the world here, but we're still doomed only to be the second best exorcist film ever made," he told TooFab. "I think that 'The Exorcist' did for horror or for religious horror films what 'The Godfather' did for the mafia. I like the idea of being part of something that's sort of taking a [new] shot at the genre."

READ:  Why are there so many celebrities in Australia right now?

Both Lang and Derbez said one of the biggest draws of the film was being able to work with their third costar. "Number one, what got my attention first of all, was the fact that Guy Pearce was gonna be doing it," said the "Avatar" actor, "because I respected him and admired his work for a long time."

"I'm very, very excited about this. Most of my career has definitely been from Latin America, things in Spanish, and I started doing some projects in English," said Derbez, who has his first lead English role in the film after building up a huge fan base in the Latin American market. "It's a big lead in a big movie with Guy Pearce. I really admire Guy and it's very exciting to me in general. There's a lot of pressure, I want it to be good."

Like his character's reaction to meeting his mentor, Derbez was just as anxious about meeting Pearce on set.

"Same way as Daniel was, sorry for the word, s----ing himself when he was going to see Father Peter I think I was the same," he said. "A lot of people told me, 'Are you going to work with Guy Pearce? He's like such a big actor, you have to be like really good.' So, it just started putting so much pressure on me."

He said his first reading with his costar was "so bad," leaving him "disappointed" in himself and believing Pearce would "think I'm the worst" actor. "And then we had a dinner all together and another rehearsal and stuff like that and he was so nice," Derbez continued. "He was so professional, so cool and I literally just became like really, really good friends with him"

READ:  You Are Culturally Appropriating Food If You Do THIS, Roy Choi Claims

The three actors all praised the practical effects and overall mood of the film, even if all the blood can become a little much.

"I think it gets sticky with the blood right at the end, but the house that we filmed on ... it did have this weird feeling," added Derbez. "Sometimes if you went into a part where it was empty or at night when people were taking all the equipment out, I was like, 'Yeah, I'm not staying here. Like I'm out of here.'"

"The Seventh Day" is in select theaters and on VOD now.