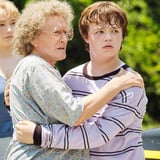 The memoir follows Vance's childhood as a boy growing up with the Appalachian values of his Kentucky family and explores how these values related to the social problems that he witnessed while living in Middletown, OH with his grandparents. His family endured many troubles, including domestic violence and drug addiction. Many of his neighbors were jobless and impoverished. In his book, Vance speaks of "white welfare queens" and claims people he knew worked less than they said they did.

Ultimately, his memoir follows a familiar "pull yourself up by the bootstraps" narrative. Vance left his impoverished life behind and eventually served in the Marines and graduated from Yale Law School - now, he's a venture capitalist who's worked with Peter Thiel. Politically, he identifies as conservative while occasionally criticizing the Republican Party. His book is often lauded as a key to understanding why Donald Trump received widespread support from Appalachia in 2016.

While Hillbilly Elegy is a bestseller, critics particularly take issue with the ending subtitle of his book: "Culture in Crisis." Historian Elizabeth Catte, the author of contends that Vance projects the realities of his life upon an entire region. The problem with this is that Appalachia is big. It stretches from New York down to Alabama and encompasses 400 counties and 25 million people. For Catte, the portrayal of the region as a place dominated by forgotten white people also diminishes the nuances in the story of Appalachia, especially for people of color, immigrants, and those in the LGBTQ+ community.

Many critics also disagree with how Vance characterizes the root of poverty as a cultural issue rather than a systemic one. This is a driving argument in , an essay collection edited by Anthony Harkins and Meredith McCarroll. For Democratic politician Betsy Rader, who is quoted in the collection, Hillbilly Elegy feeds "into the mythology that the undeserving poor make bad choices and are to blame for their own poverty, so taxpayer money should not be wasted in programs to help lift people out of poverty." To his critics, Vance appears to broadly blame Appalachian culture for the area's poverty, all the while profiting off of his one-sided account of Appalachia.

Oscar bait or not, Hillbilly Elegy, as a film, will draw conversations about whether or not the portrayals of Appalachia in mainstream culture are nuanced and inclusive enough.