So, I’ll be honest, I wasn’t a part of the original Sex and the City fandom in the ’90s (mainly because the series came out a year after I was born). But even the most avid viewer of the show would probably agree And Just Like That is a far cry from h… 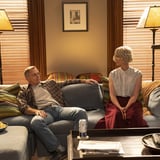 So, I'll be honest, I wasn't a part of the original Sex and the City fandom in the '90s (mainly because the series came out a year after I was born). But even the most avid viewer of the show would probably agree And Just Like That is a far cry from how its predecessor would handle some of its beloved characters.

In episode eight of the reboot, Miranda (Cynthia Nixon) finally faces the truth about her affair/relationship with Che (Sara Ramirez) and decides to end her marriage with Steve (David Eigenberg). In any other turn of events, an extramarital affair would naturally warrant one to ask for a divorce. But in Miranda's case, it seems very off-brand for her character to make such a major flighty decision, considering how much hell she gave Steve for cheating on her in Sex and the City: The Movie.

"Every week, I find myself asking: what happened to this woman?"

Suggesting a divorce from her husband is just one of many questionable choices Miranda has made on And Just Like That thus far. At the start of the series, her awkward, word-vomit moments with her professor Nya Wallace (Karen Pittman) painted her out to be some clueless white woman determined to prove she wasn't racist post-2020's racial reckoning. Then she allows her horny teenage son Brady (Niall Cunningham) to basically have a live-in girlfriend - whom he obnoxiously fornicates with in the house - and barely bats an eye at them. And don't even get me started on her (loud) sexual encounter with Che in the middle of Carrie's (Sarah Jessica Parker) kitchen just a few feet away from her bedroom (where Carrie lied awake and listening). All these off-the-wall decisions from Miranda make her character almost unrecognizable in the reboot series. And every week, I find myself asking: what happened to this woman?

When I did finally go back and binge-watch Sex and the City, the Miranda I came to know was a powerhouse, no-nonsense lawyer who didn't bite her tongue for anyone. Hell, she didn't even hesitate to quit practicing corporate law after 30 years to go back to school for her master's degree in human rights. And she was much more self-aware than the cringey stereotype on And Just Like That, who's stumbling her way through her 50s without a clue as to who she really is. Of course, I support women freely exploring their sexuality at any stage in life. But when it comes to Miranda, it feels like this part of her storyline was written just for the sake of forcing another character's arc to have more substance. But instead, the reboot makes Miranda seem like she's experiencing a nervous breakdown or, better yet, a midlife crisis.

If that's the result the reboot's writers were aiming for, well, mission accomplished. But for the fans who really know Miranda and fell in love with her personality over the years, her bizarre demise on this show is extremely disheartening to watch. We watched her fall in (and out) of love with Steve several times throughout the franchise, but she always made her way back to him in the end. However, in And Just Like That, she hides her affair from Steve and completely blindsides him by asking for a divorce. I mean, hearing him trying to sadly joke his way out of the moment was actually hard to watch.

Related:
Here's Why And Just Like That Let Samantha and Her Sex and the City Fans Down
READ:  BMW Reveals New iX Flow SUV That Changes Colors With The Simple Press Of A Button

In this scenario, Miranda finally has her out from the marriage, but her choice to pursue Che threatens to break up her entire family. Not to mention, Che wasn't at all thrilled to find out Miranda wasn't in an open marriage and has been hiding them from her family. They made their stance very clear in episode eight. "I don't sneak around. I don't cheat, and I don't lie," they said. "I'm a lot of things, but I'm not a homewrecker." So, the fact that Miranda is willing to throw everything out the window for them seems extremely reckless. And a future with Che isn't guaranteed at this point, so Miranda could just be setting herself up to get dumped.

As the first season of And Just Like That winds down, I'm left to wonder what the old Miranda would say to her future self if she could see how she turned out. Would she applaud her for going after what she wants? Or would she smack some sense into her and tell her to get ahold of herself?! As a new fan of Sex and the City, it would've been nice to see Miranda demonstrate some kind of maturity in what should be her best years (especially when the reboot constantly reminds us how "old" she is). But alas, it looks like that ship has sailed. Now I'm just bracing myself to see if Miranda's messiness ends up a train wreck.