Nigella Lawson is the queen of the kitchen. The British cooking mogul built her brand single-handedly, extending her empire to include a string of cooking shows and multiple cookbooks.But behind the screen and the smile, Lawson has endured unfathomable…

Nigella Lawson is the queen of the kitchen. The British cooking mogul built her brand single-handedly, extending her empire to include a string of cooking shows and multiple cookbooks.

But behind the screen and the smile, Lawson has endured unfathomable heartache, losing her mother, sister and husband to cancer in a matter of years.

Here's everything we know about the highs and lows of Lawson's life. 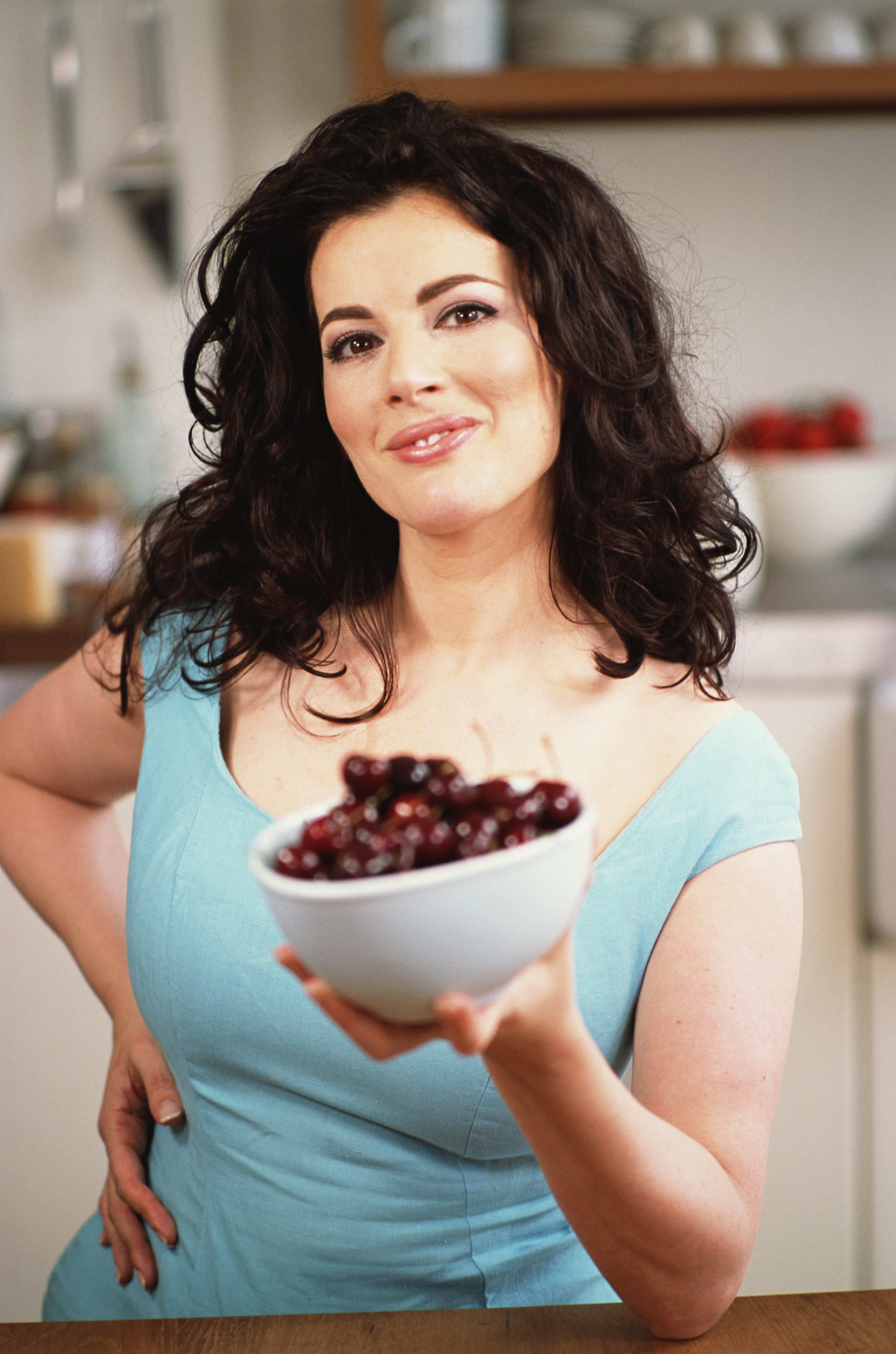 Who is Nigella Lawson?

Nigella Lawson is a British food critic, writer and TV chef who has starred in various cooking shows, such as Nigella Bites, Nigella Express and Nigella Feasts.

Thanks to her 'sensual' voice and extraordinary cooking skills, the beloved chef is well known in both the UK and across the globe, even making a cameo on MasterChef Australia in 2019.

Before embarking on a television career and publishing countless cookbooks, such as How to Be a Domestic Goddess and Cook, Eat, Repeat, Lawson was the deputy literary editor of The Sunday Times in the UK. She was 26 years old at the time. 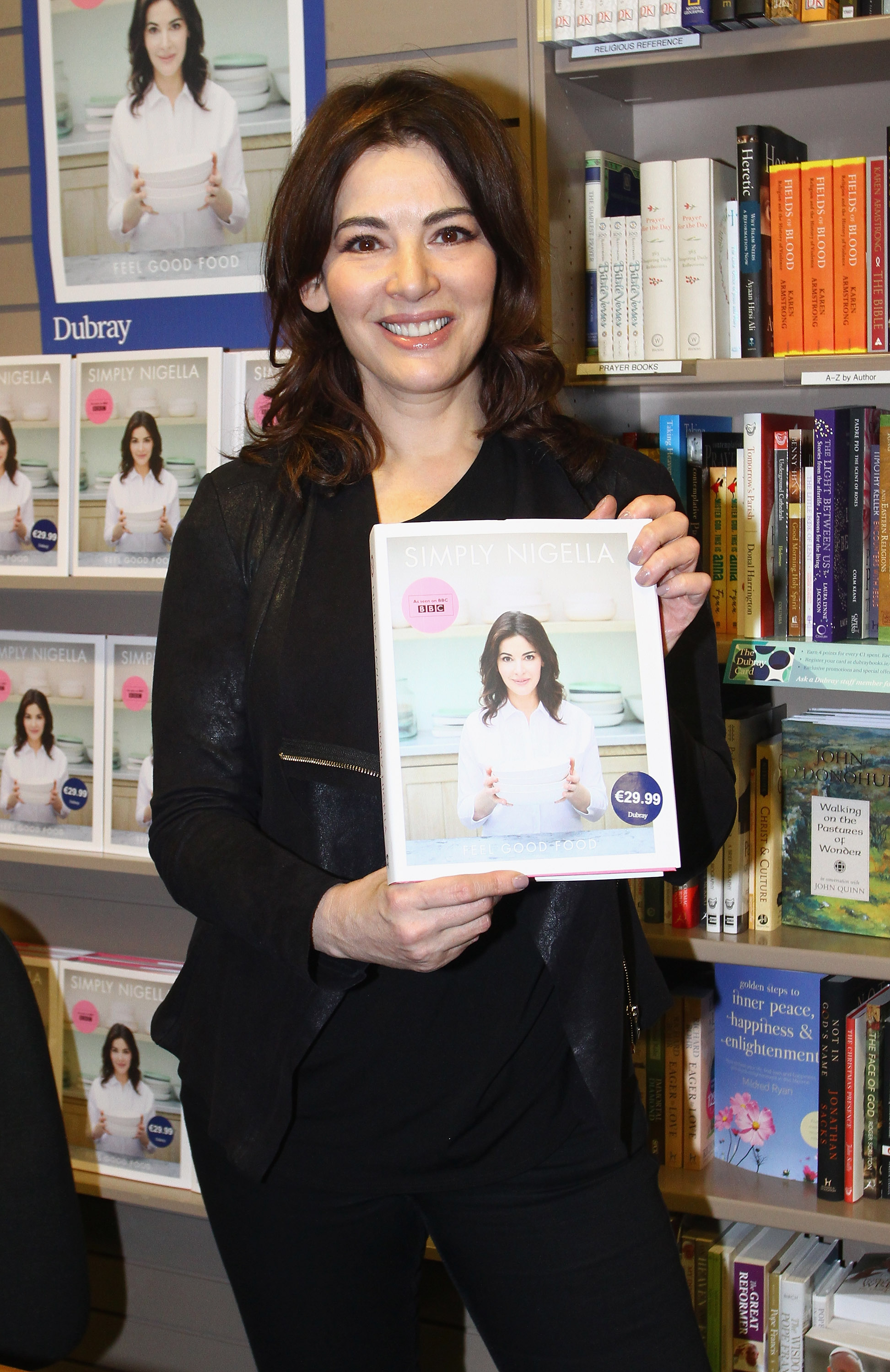 How old is Nigella Lawson?

Due to the deaths of close family members — her mother, sister and husband all died from cancer while still relatively young — the famed chef never thought she'd ever make it past her 60th birthday.

"I'm not a planner — apart from when it comes to food!" she told UK's Good Housekeeping last year. "But to be completely honest, I've never been able to take for granted that I'd be alive by this age. My mother died at 48 and my sister at 32. And then [husband] John at 47."

How did Nigella Lawson's mum die?

Lawson was born in Wandsworth in the UK to politician Nigel Lawson, who was a cabinet minister during Margaret Thatcher's reign as British Prime Minister in the '80s.

Her mother was Vanessa Lawson, an heiress to the Lyons Corner House food and hospitality empire, whose products were in supermarkets across the UK.

In 1985, Vanessa tragically died from liver cancer two weeks after being diagnosed. She was 48. Lawson later said it was her mother who inspired her to embrace food wholeheartedly and guilt-free because Vanessa had denied herself sweet treats until two weeks before her death.

"I was brought up by a mother — the cook I have learned most from — whose grimly exuberant output in the kitchen was set in painfully sharp relief, and indeed fostered, by an expanding pattern of self-denial and self-punishment; not an uncommon syndrome, incidentally," Lawson wrote in her book Cook, Eat, Repeat.

"Diagnosed with terminal cancer two weeks before her death, she started eating — for the first time, she said giddily — without worry or guilt." 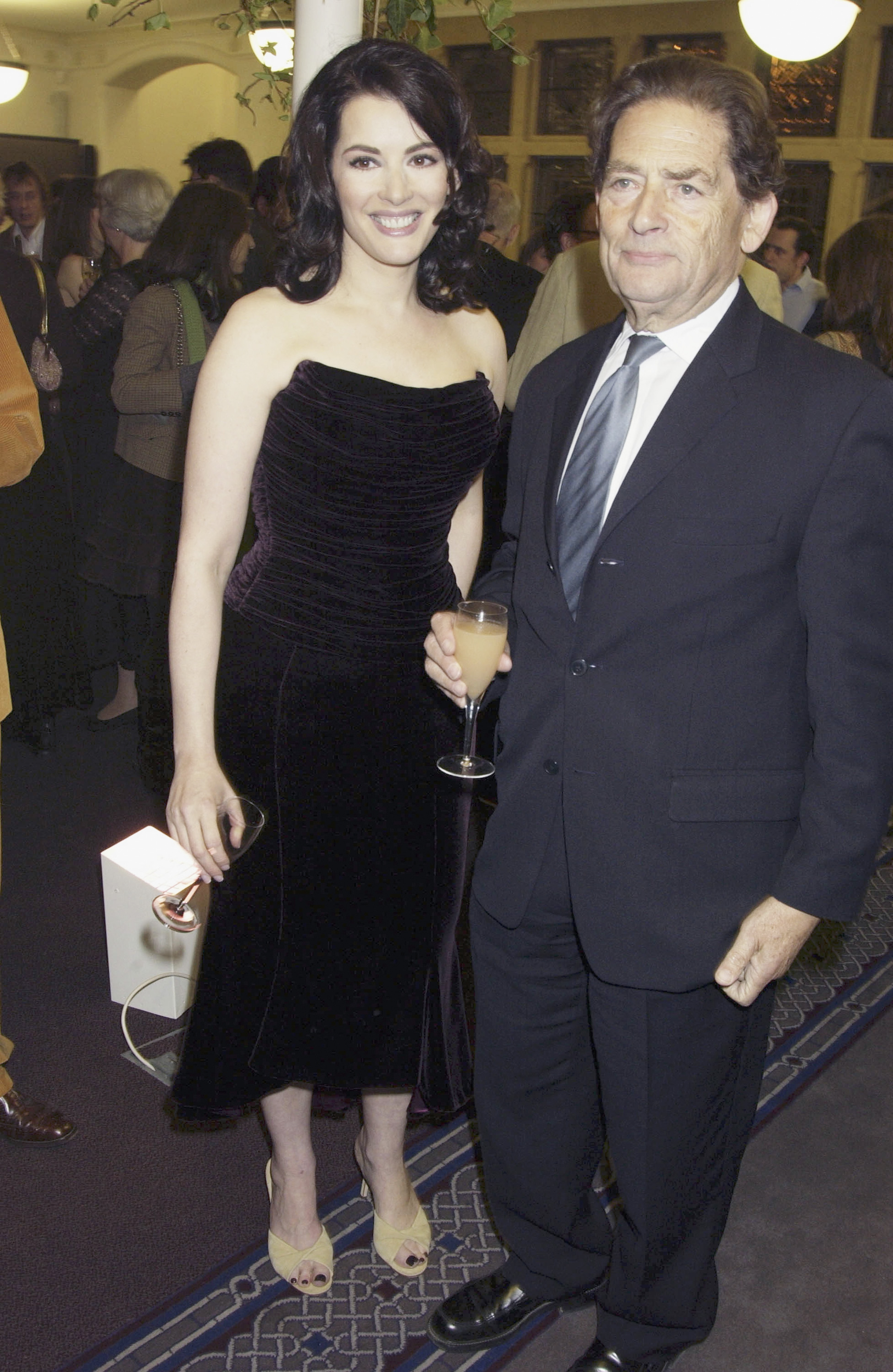 How did Nigella Lawson's sister die?

The celebrity chef has three siblings who all worked as journalists: sisters Thomasina and Horatia and brother Dominic.

Tragedy struck the family again in 1993 when eight years after the death of their mother, they also lost Thomasina to breast cancer. She was 31.

At the time, Lawson was pregnant with her first child with husband John Diamond. When the baby was born, the chef paid tribute to her sister by naming her daughter Cosima Thomasina Diamond.

Lawson married journalist John Diamond in Venice, Italy in 1992, six years after they met while working at The Sunday Times together. They would later welcome two children together: Cosima, now 27, and Bruno, now 24.

But just nine years after their wedding, Lawson became a widow. Diamond was diagnosed with throat cancer in 1997 and after a four-year battle, he died in 2001 aged 47.

Diamond died at the height of Lawson's career. She was filming her cooking show Nigella Bites at the time and only took a two-week break after he died.

"I took a fortnight off. I'm not a great believer in breaks," she said at the time. Nine months after the death of husband John Diamond, Lawson controversially moved on with advertising executive and art collector Charles Saatchi. They married in 2003, just two years after he divorced his second wife of 11 years.

Lawson and the art collector were married for a decade before their headline-making split in 2013. 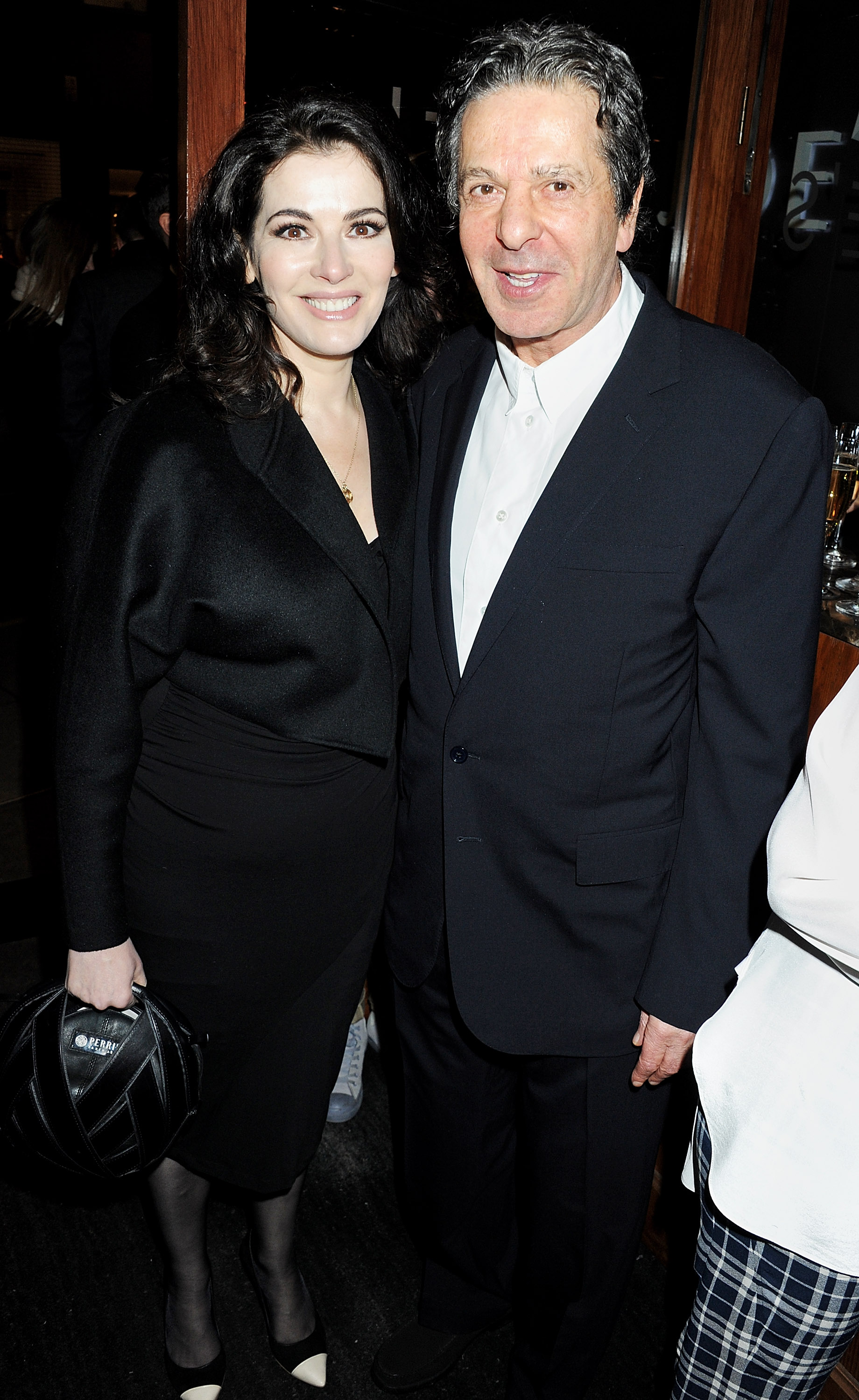 What happened between Nigella Lawson and Charles Saatchi?

Lawson and Saatchi's marriage made headlines in 2013 when he was photographed grabbing Nigella's throat during an argument as they dining alfresco at posh London eatery Scott's.

The photos were published in major papers in the UK and abroad and sparked concerns for the couple's relationship. Saatchi later called the incident a "playful tiff" while Lawson made no public comment. The pair called it quits one month later.

She would later tell a London court that the argument was over grandchildren. When Lawson expressed her desire for grandkids during their lunch, she claimed Saatchi became enraged and told her, "I'm the only person you should be concerned with." 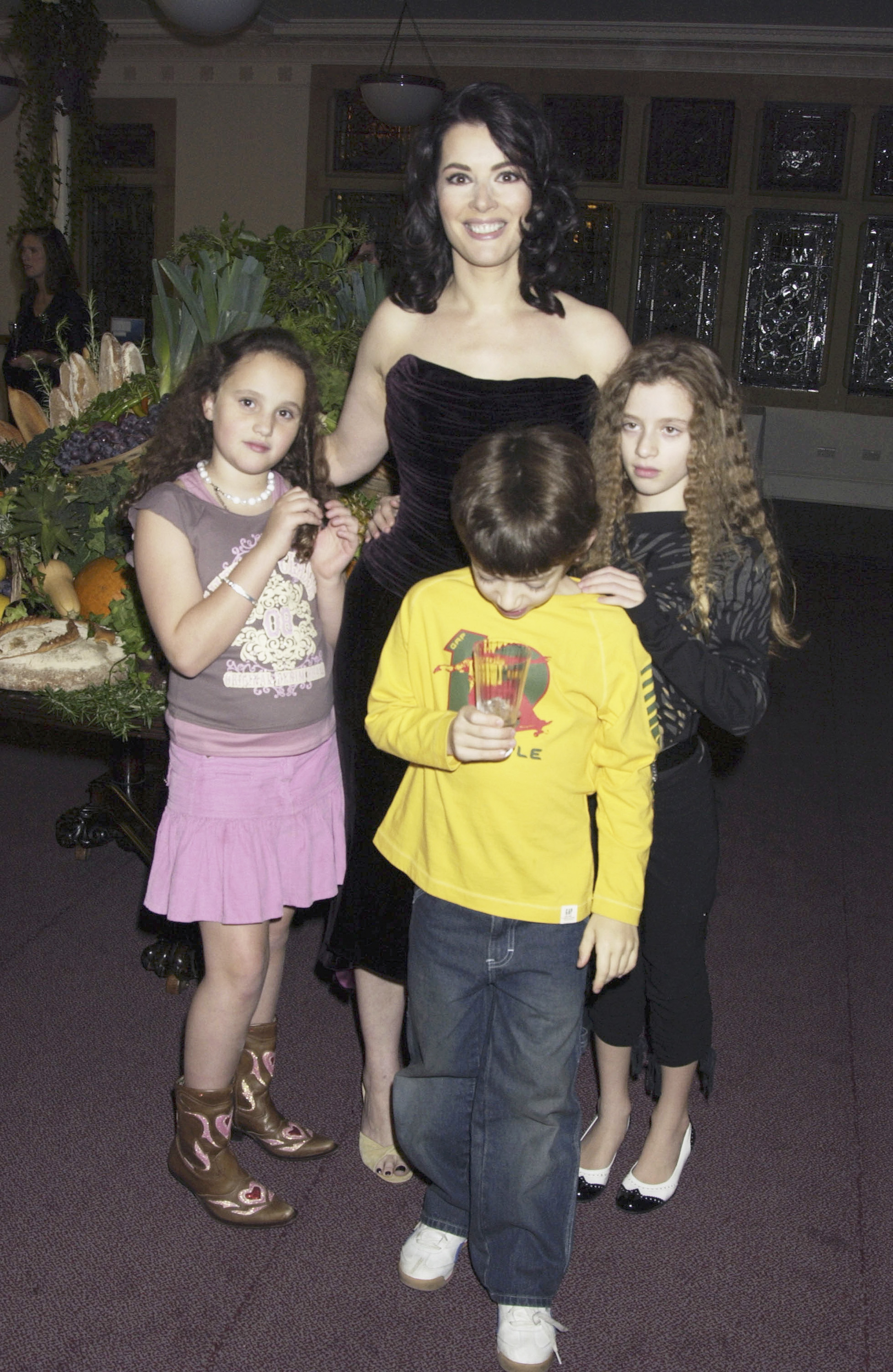 In her divorce filing, in which she cited "unreasonable behaviour", Lawson reportedly asked for nothing in their settlement, only her kitchen appliances.

"She adores the indulgences in life — good food, good face cream, good bed linen," her friend Nathaniel Goldberg later told Vogue. "But she's not spoilt. The very fact she walked away from her marriage without asking for anything other than the contents of her kitchen is testament to that."

Lawson eventually opened up about the "trauma" she went through following their split and why she didn't speak out.

"It was generally about feeling exposed and under attack," she said in an interview with The Irish Times in 2019. "In a way, it would have been much better for me to be able to speak openly. It goes against my nature not to.

"But I do think that becoming a tabloid story, and everything I went through then, shame, various things, in a way gave me a form of trauma of its own. And I don't think I've addressed that enough to talk about it."