Australia’s Next Top Model premiered on screens in 2005 and attracted model hopefuls from across the country.On the popular program based on its US counterpart, America’s Next Top Model, contestants who aspired to having high-fashion modelling careers …

Australia's Next Top Model premiered on screens in 2005 and attracted model hopefuls from across the country.

On the popular program based on its US counterpart, America's Next Top Model, contestants who aspired to having high-fashion modelling careers competed to avoid elimination each week by a panel of judges.

The show was hosted had a revolving door of former models, including Erika Heynatz, Jodhi Meares and Jennifer Hawkins. But it was Sarah Murdoch's hosting gaffe that made her the most memorable.

Let's take a look back at that epic finale where Murdoch accidentally announced the wrong winner... 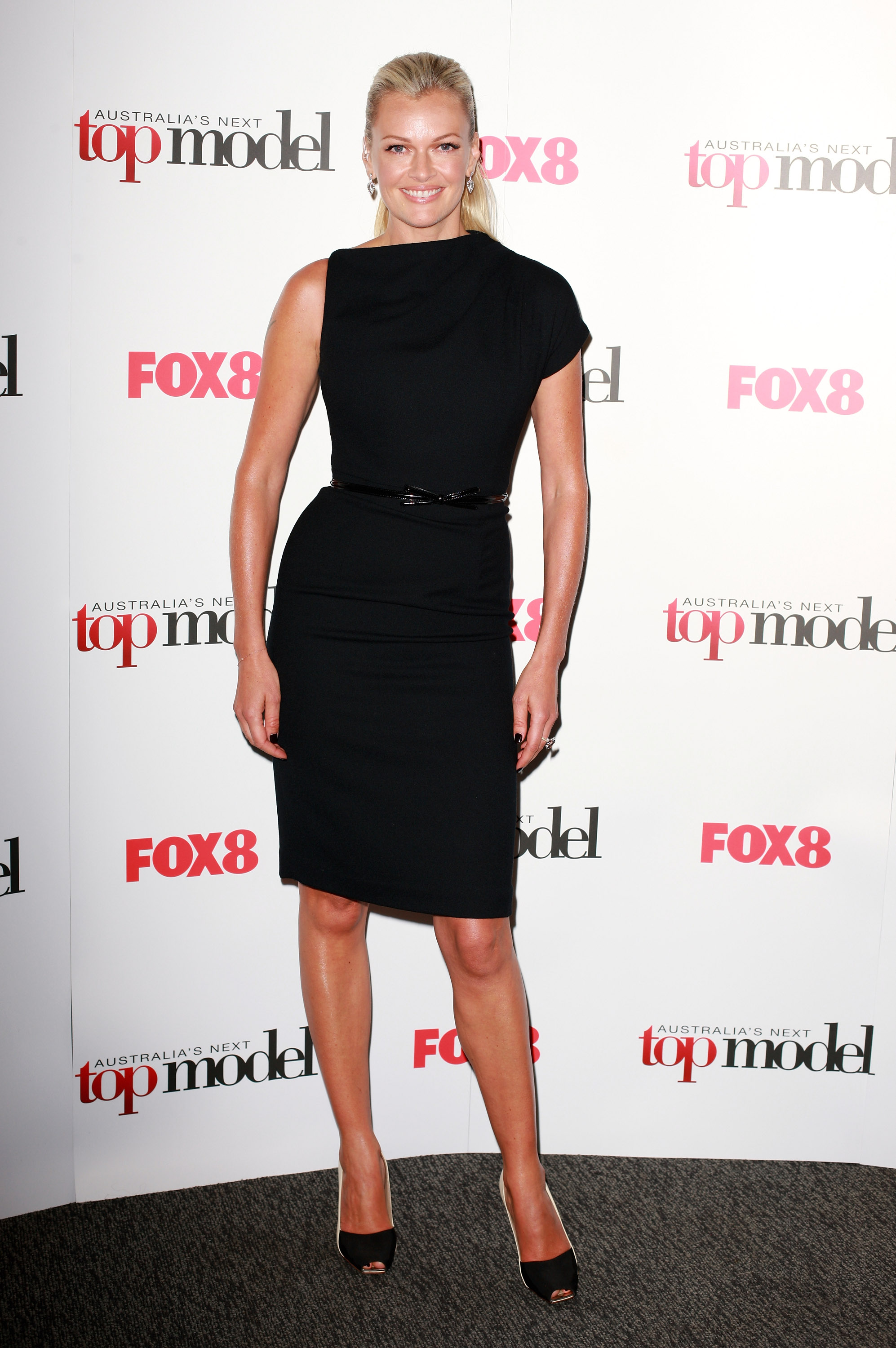 Why was Jodhi Meares replaced by Sarah Murdoch as host of Australia's Next Top Model?

The first two seasons of the Foxtel show (or cycles, as viewers called them) were hosted by model Erika Heynatz. But a reported breach of contract with the Seven Network — she also appeared on the dancing show It Takes Two at the time — forced Heynatz's exit ahead of Season 3. 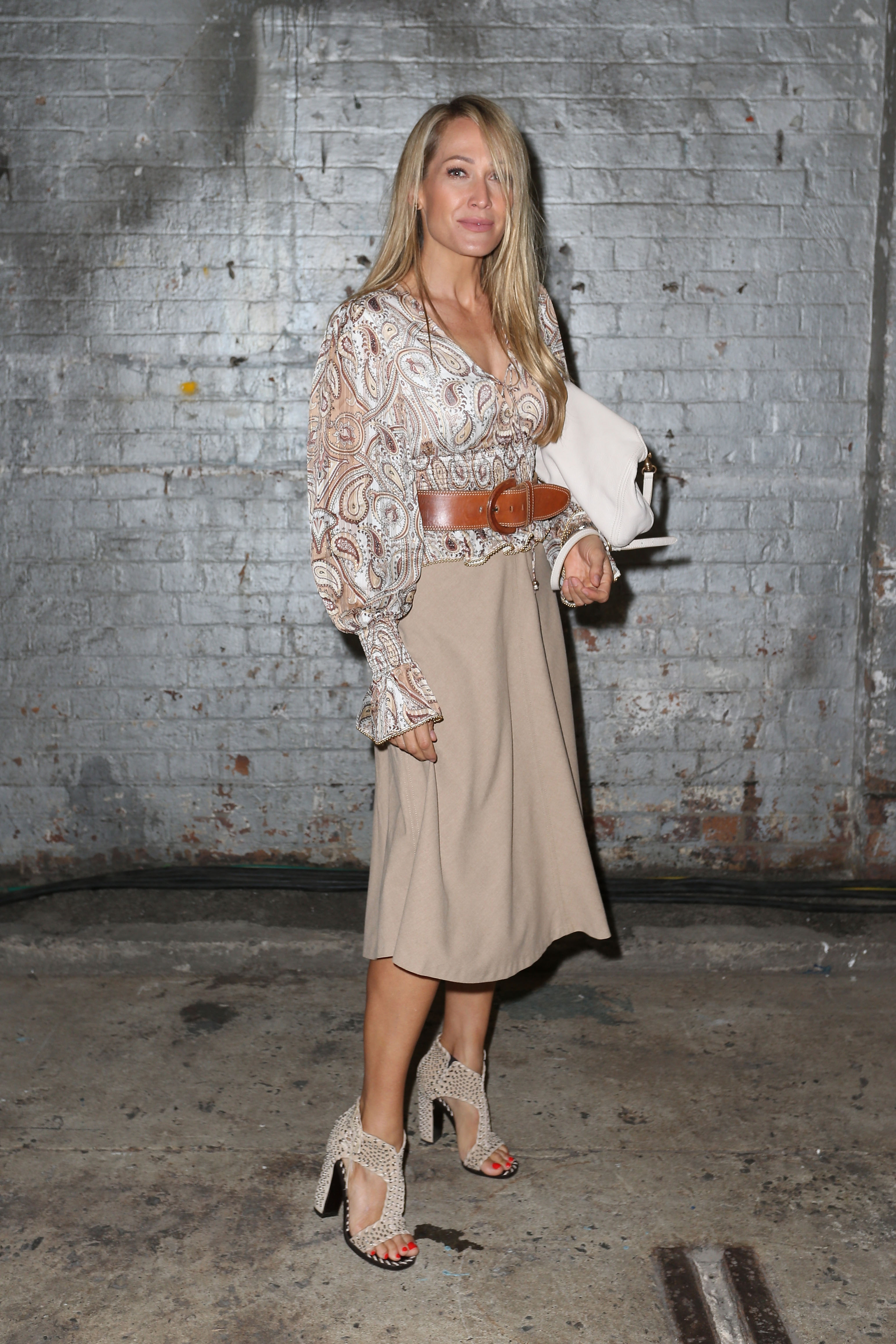 She was replaced by fellow model Jodhi Meares, who was criticised for her lack of hosting skills. In the 2007 finale, Meares — who was married to James Packer from 1999 to 2002 — struggled to get through the show. And prior to the 2008 finale, she pulled out of the broadcast altogether with just 48 hours' notice. Meares did not return as host in 2009.

Sarah Murdoch took over the reins that year and remained host of ANTM for the next three seasons. 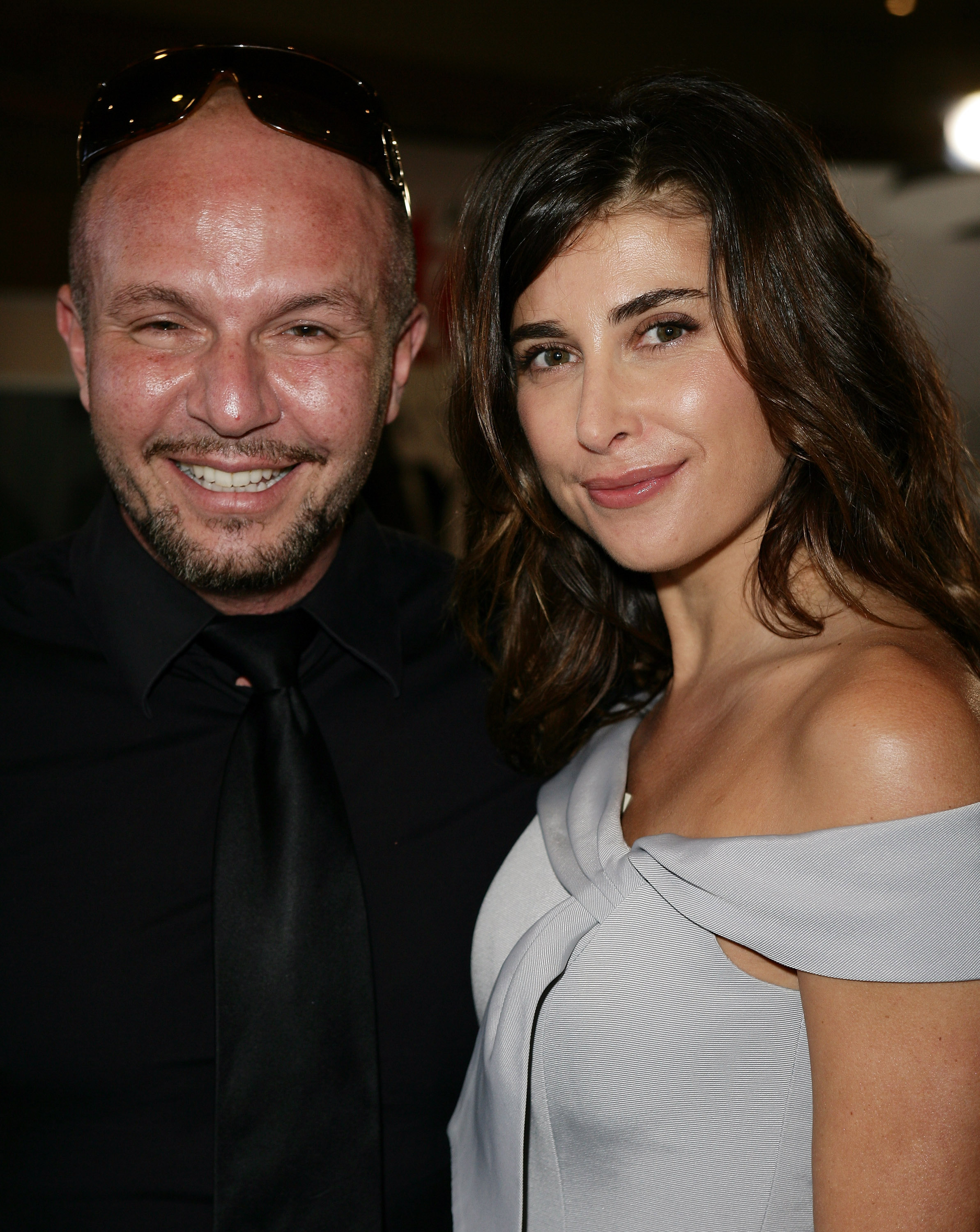 Why did Sarah Murdoch leave Australia's Next Top Model?

Sarah Murdoch left ANTM in 2011 after three years as host and executive producer of the show.

READ:  Trump Says He’s Not Scheduled To Take The First Round Of The COVID-19 Vaccine—And Neither Is The Rest Of The White House Staff

"It has been an incredible opportunity to work on a show as exciting and popular as Australia's Next Top Model," she said in a statement at the time.

"Leaving the show has been a very difficult decision for me. Being entrusted to work on all aspects as host and co-executive producer has been a huge experience and I have enjoyed it so much."

READ MORE: David Letterman's dating history: Everything we know about his past and present relationships

It's been widely speculated that Murdoch's departure was due to the controversy in 2010 when she announced the wrong winner during the live finale.

Former Miss Universe Jennifer Hawkins became the host in 2011 up until the series wrapped in 2016. 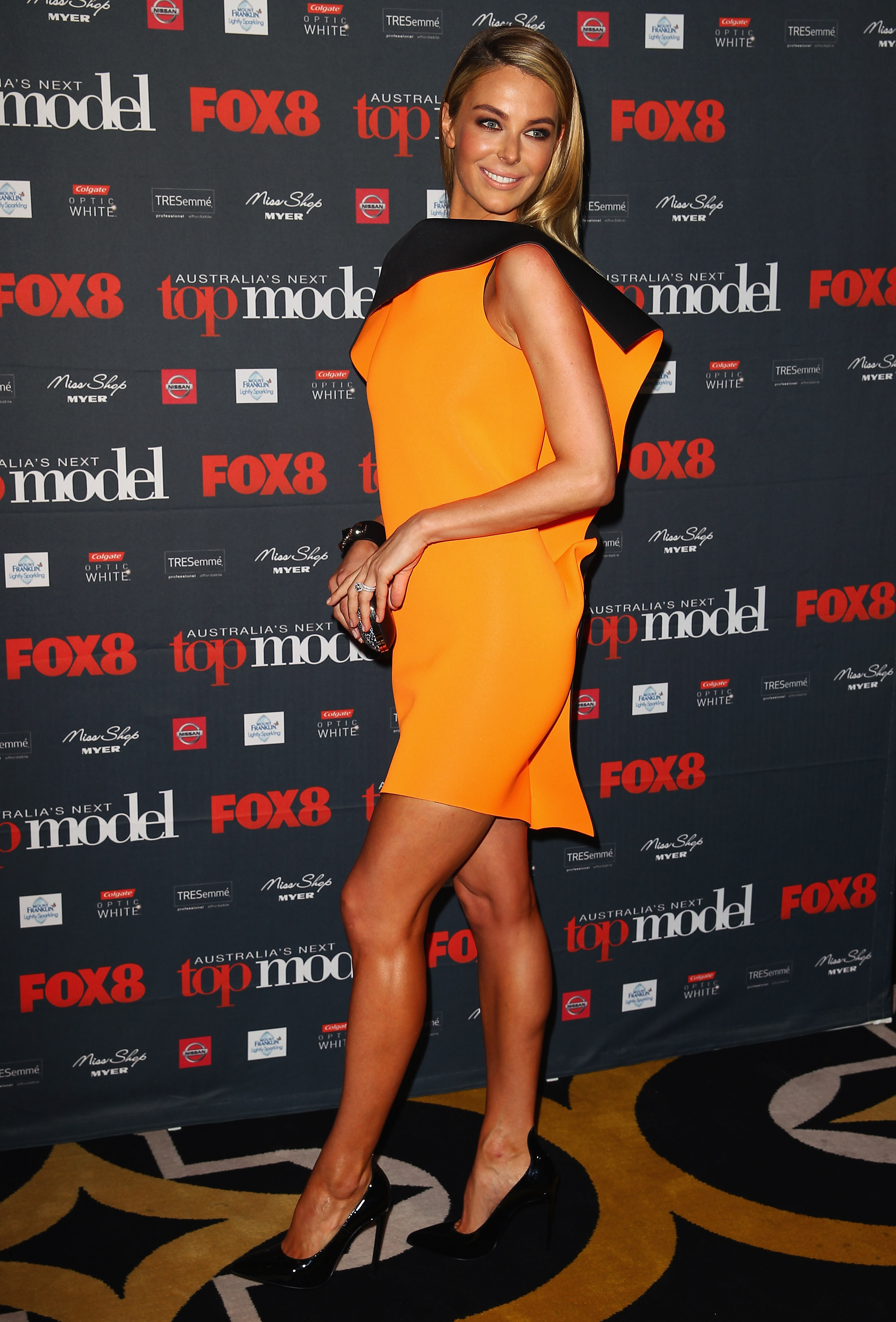 In the ANTM Season 6 finale in 2010, Murdoch declared contestant Kelsey Martinovich the winner of Season 6, when in fact it was Amanda Ware.

Kelsey was in the middle of giving her acceptance speech when presenter Murdoch was forced to admit to the bungle.

"I'm so sorry. It was fed to me wrong. It's actually Amanda," the host said. "I'm feeling sick about this. I'm so sorry, this was a complete accident.

Murdoch claimed there was a miscommunication between the control room and the stage. 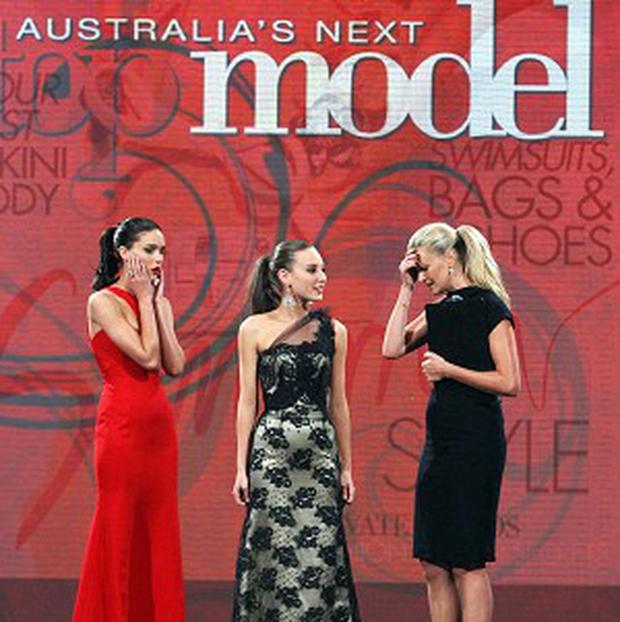 "This is what happens when you have live TV, folks. This is insane, insane, insane," she said. "The lead kept changing. It was literally down to a couple of votes. It kept going back and forwards... and we ended up with Amanda as a winner."

Kelsey's dignified response? "It's OK, it's an honest mistake."

As the winner, Amanda received an eight-page spread in Harper's Bazaar, a modelling contract with Priscillas Model Management, a $25,000 Levi's campaign, a $20,000 cash prize, a Ford Fiesta Zetec and a trip to New York. 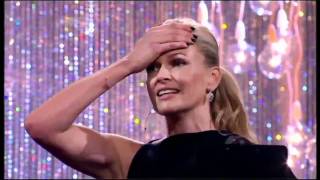 Due to the mix-up, Foxtel also awarded Kelsey with a $25,000 cash prize and an all-expenses-paid trip to New York.

"Tonight we saw the perils of live TV. At the time of the result announcement there was a miscommunication between the broadcast truck and the stage," Foxtel spokesman Jamie Campbell said in a statement.

"Sarah handled what was a difficult situation with utmost professionalism and grace. Amanda and Kelsey were neck and neck in the voting all night."

What is Sarah Murdoch doing now?

Up until March 2021, Sarah Murdoch was living in LA with her husband Lachlan Murdoch and their three children: sons Kalan, 15, Aidan, 13, and daughter Aerin, nine.

According to the Sydney Morning Herald, the pandemic and the new political climate in the US influenced their return to Sydney, where have a compound in Bellevue Hill called Le Manoir.

The outlet reports the family will be in Sydney "for years, not months, as initially believed", with their children reportedly taken out of their schools in LA and enrolled in local Sydney schools. The former model has not modelled in recent years but leaves behind a legacy of work. She has modelled for big fashion houses around the world, including Karl Lagerfeld, Givenchy, Valentino, Oscar de la Renta and Chanel.

READ:  Kim Kardashian Called Out For 'Listening' To Kanye's New Album On Mute -- While SO MANY Lyrics Are About Her!

She has also appeared in campaigns for L'Oréal, Revlon and Bonds mad graced fashion glossies, including Harper's Bazaar, Vogue, Elle and Marie Claire.

What happened to Amanda from Australia's Next Top Model?

After winning Season 6 of ANTM, Amanda Ware's modelling career took her around the world, and she set up home in London for a few years.

Although now back home on Queensland's Gold Coast, Amanda, now 28, is still a model and signed with Chic Management and Scoop Management.

She has modelled for the likes of Hervé Léger, Monique Lhuillier and Kenzo.

In 2019, she married British director and longtime boyfriend Jack Lawrence in an intimate ceremony in Hawaii.

Last year, Amanda appeared on the Back From Reality podcast during which she reflected on the finale gaffe when the wrong name was called out.

"Honestly, I still cringe today. Even you saying it -- my heart drops," she recalled. "Even today, I think it's still on Germany's top ten worst moments of TV ever.

What happened to Kelsey from Australia's Next Top Model?

Like Amanda, Kelsey Martinovich is still modelling. Now 30 years old, she has travelled the world for work and is now signed to Priscillas Model Management, Sydney.

It's believed she is currently in a relationship with photographer Avan Podhajsky.