On Friday, June 13, 1980, devout and do-gooding Candy Montgomery stirred up a storm in her Dallas community when she was arrested for killing her friend Betty Gore with 41 ax blows. When put on trial, Candy claimed that she killed Betty in self-defens… 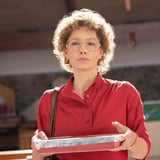 On Friday, June 13, 1980, devout and do-gooding Candy Montgomery stirred up a storm in her Dallas community when she was arrested for killing her friend Betty Gore with 41 ax blows. When put on trial, Candy claimed that she killed Betty in self-defense. What was especially scandalous was that this argument worked in court, and Candy was acquitted.

In the golden age of the true-crime era, it was only a matter of time until this shocking story made it to the small screen in serialized drama form. Hulu has stepped up to the task with "Candy," a five-episode limited series that stars Jessica Biel in the titular role.

Clearly, Hollywood has enlisted its finest to portray her, but who was the real Candy Montgomery? Here are the details you need to know about Candy Montgomery and her post-trial whereabouts.

Who Was Candy Montgomery?

Candy seemed like anything but the prime suspect in a Friday the 13th murder case. Well-liked in her Texan circle, she went to church regularly and was known as a doting wife and mother. But Candy harbored some secrets of her own. It was at church where she met her victim, Betty, and Betty's husband Allan Gore. Eventually, Candy had an affair with Allan, who inevitably revealed the details of their relationship with detectives.

After Allan eventually ended his affair with Candy, seven months later, on June 13, 1980, Betty was found brutally murdered in her home by a three-foot ax. According to a report from The Dallas Morning News, fingerprints and footprints at the scene incriminated Candy. Weeks after the killing, Candy was arrested and charged with Betty's murder.

READ:  The Remaining Models Are Hit With A Twist, A Double Elimination & A Terrifying Snake In Episode 5 Of ‘Thick House!’

What Happened During Candy Montgomery's Trial?

It was presumed that Candy had a motive for murder: jealousy. In a turn of events, Candy's legal team argued that Candy had, in fact, killed Betty but that she did so in self-defense, per The Dallas Morning News.

Allegedly, Allan had been gone on a business trip. Candy came over to Betty's house and offered to take the Gores' daughter to her swimming lesson. Betty apparently confronted Candy about the affair and flung at Candy with an ax. Candy took control of the ax and plunged it down at Betty. After a supposed struggle with Betty, Candy repeatedly swung the ax down at Betty, leaving behind 41 ax wounds. After a brief jury deliberation, Candy was acquitted just before Halloween of 1980.

What Happened to Candy Montgomery After Her Trial?

After these events, Candy later relocated to Georgia and became certified in family counseling, per The Dallas Morning News. According to Newsweek, Candy is still alive, divorced from her husband Pat, and now goes by the name Candace Wheeler.