They were a match made in cinematic heaven, but Irish actor Kenneth Branagh and British actress Emma Thompson soon came tumbling down from cloud nine.The couple shocked fans when they divorced in 1995, after just six years of marriage. At the time, the…

They were a match made in cinematic heaven, but Irish actor Kenneth Branagh and British actress Emma Thompson soon came tumbling down from cloud nine.

The couple shocked fans when they divorced in 1995, after just six years of marriage. At the time, they gave the usual 'busy work schedules' spiel, but it was later revealed a cheating scandal was at play that seemingly involved actress Helena Bonham Carter.

Let's take a closer look at what happened.

Kenneth Branagh and Emma Thompson met while starring alongside one another on the mini-series Fortunes of War in 1987.

They went on to marry in a lavish London ceremony two years later and became the darling couple of British cinema in the 1990s. But marital bliss didn't last for the pair when their marriage was rocked by a cheating scandal in 1994.

By 1995, Branagh and Thompson — who shared no children together — were divorced after six years of marriage.

Why did Emma Thompson and Kenneth Branagh divorce?

At the time of Branagh and Thompson's split, the couple claimed it was due to conflicting work schedules. But whispers that the actor was unfaithful in his marriage grew louder.

Multiple outlets then claimed the marriage broke down due to his alleged affair with actress Helena Bonham Carter. The pair were co-starring in the 1994 movie Frankenstein at the time, and it's rumoured they struck up a romance during filming.

Thompson opened up about her marriage breakdown in a later interview with The Sunday Times, telling the UK paper that she has forgiven her ex-husband and Carter for what allegedly transpired all those years ago.

"[It's] all blood under the bridge," Thompson said. "You can't hold on to anything like that. It's pointless. I haven't got the energy for it. Helena and I made our peace years and years ago."

According to many reports, Kenneth Branagh's relationship with Frankenstein co-star Helena Bonham Carter was the catalyst in his divorce from Emma Thompson.

While it was rumoured the couple had an affair on the set of the horror film — in which Branagh directed and starred — the pair actually first met back in 1988 at a poetry reading on a boat floating down the Thames.

They crossed paths again in 1993 when Carter played Thompson's sister in the drama Howards End. But Carter insists she never spoke to Branagh until they filmed Frankenstein in 1994. 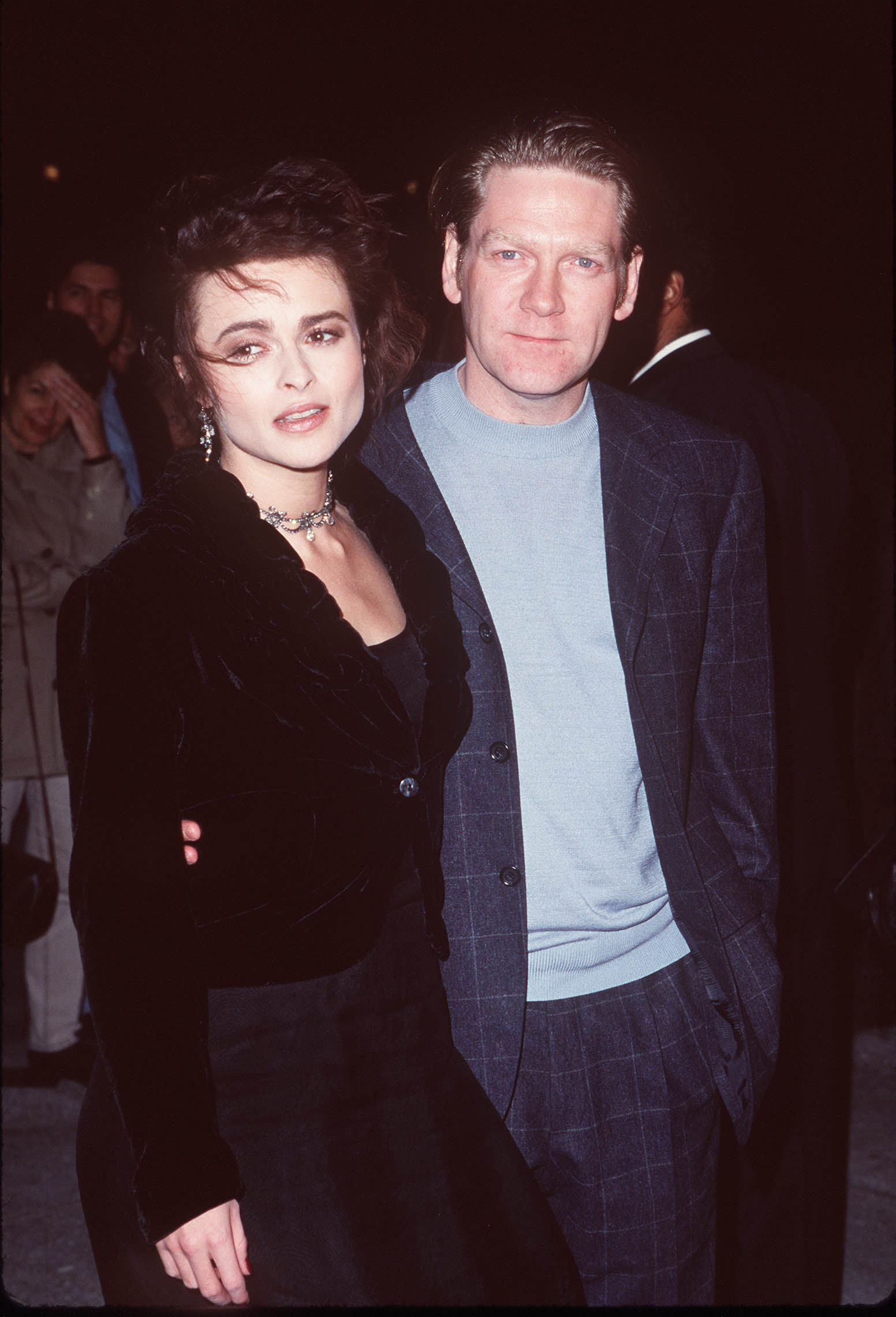 "We'd never actually sat down and had a proper conversation, we figured out," the actress told the LA Times in 1994. "When I went up for the interview [for Frankenstein], it was all very, 'Oh, love your work' and 'Yes, love yours,' and that was it."

Following Branagh's divorce from Thompson, he would go on to have a very public romance with Carter, who did not appreciate being implicated in the split.

"It gets frustrating because I know the story and the truth of it," she quipped in an interview in 2002. "It is very hurtful and, frankly, some of the things I have been called are quite libellous. But it's part of the price of being in the public eye."

When talking about her own experience, Thompson said she could see why Branagh fell in love with Carter — the women are very much alike.

"Oh, we are," Thompson also told The Sunday Times. "Being slightly mad and a bit fashion-challenged. Perhaps that's why Ken loved us both. She's a wonderful woman, Helena."

The couple dated for five years before their split in 1999, and it was the actress who announced the separation in a statement.

"I am very sad to confirm that Kenneth Branagh and I are no longer together," she said at the time. "The decision was mutual and no one else was involved. Beyond that, I have no further comment to make and I hope that the press will respect our privacy."

Carter was then in a relationship with director Tim Burton from 2001 to 2014, during which they welcomed two children: son Billy, 17, and daughter Nell, 13.

Who is Emma Thompson married to?

The couple met when starring opposite one another in the 1995 period film Sense and Sensibility, which Thompson also wrote and won a 'Best Screenplay' Oscar for in 1996.

READ:  Demi Lovato Opens Up About Being Raped At 15, Turing To Heroin Again Post-Overdose, And More

After Thompson finalised her divorce, she started dating Wise in late 1995. They now share two children Gaia Wise, 21, and Tindyebwa, who they adopted the same year they were married in 2003.

But they almost never made it down the aisle as Wise dated their other Sense and Sensibility, co-star Kate Winslet.

"Before he did the [role], he went to see a friend of his who was a bit witchy and she said he would meet his future partner on the film," Thompson later revealed on The Graham Norton Show in 2020.

"He assumed it wasn't me because I was married and quite a lot older than him so he thought it might be Kate." 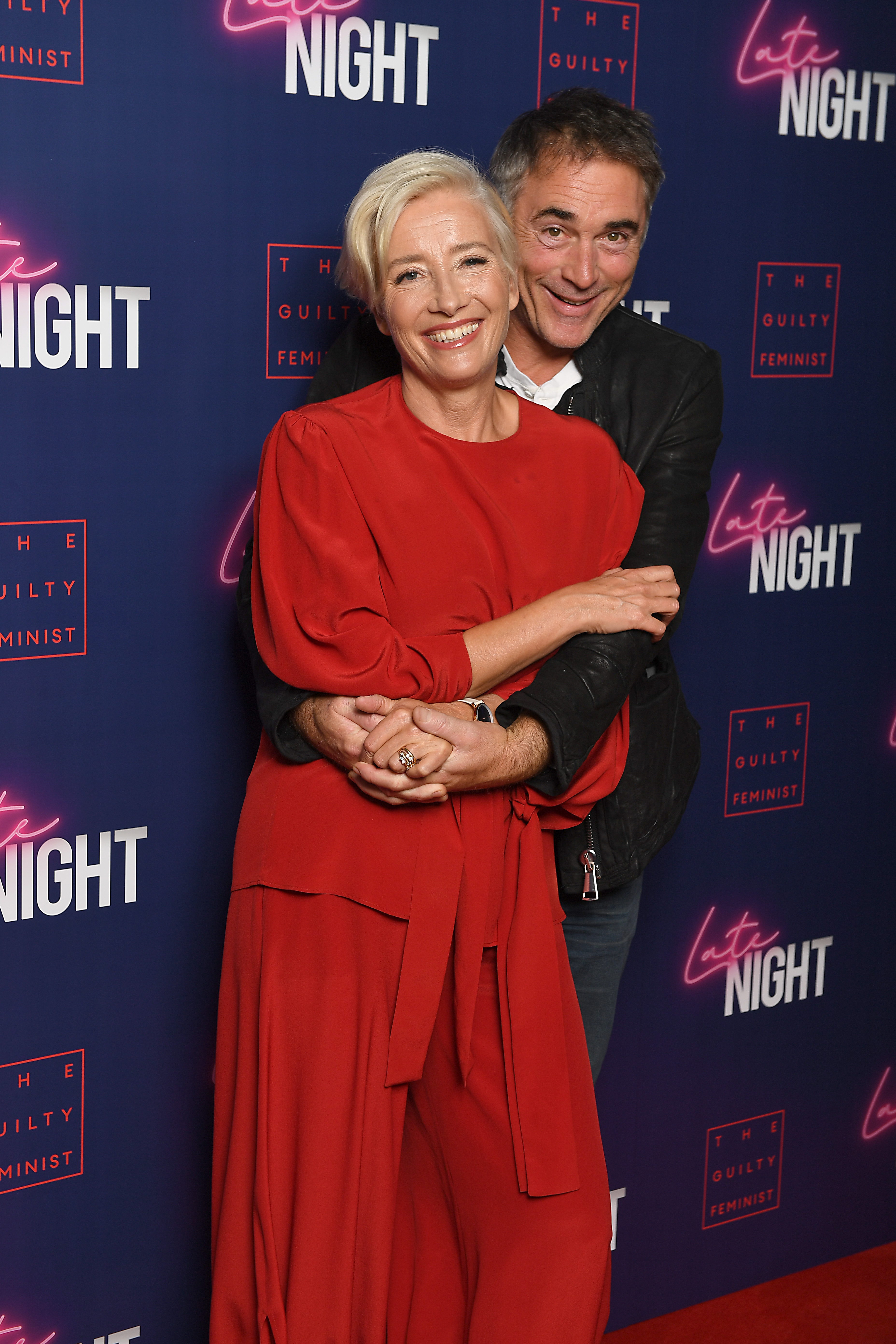 So Branagh took Winslet out on a date to the Glastonbury music festival but it was obvious she wasn't the one for him.

"She was so bored, and he thought, 'This isn't going to work, who can it be?'" Thompson recounted. "Then things happened that probably shouldn't have happened, and it's been 25 years in May."