The actress — who is promoting Season 2 of “The Morning Show” — also weighed in on those David Schwimmer dating rumors.
Jennifer Aniston got caught up in quite the misunderstanding during a recent appearance on an UK talk show…. 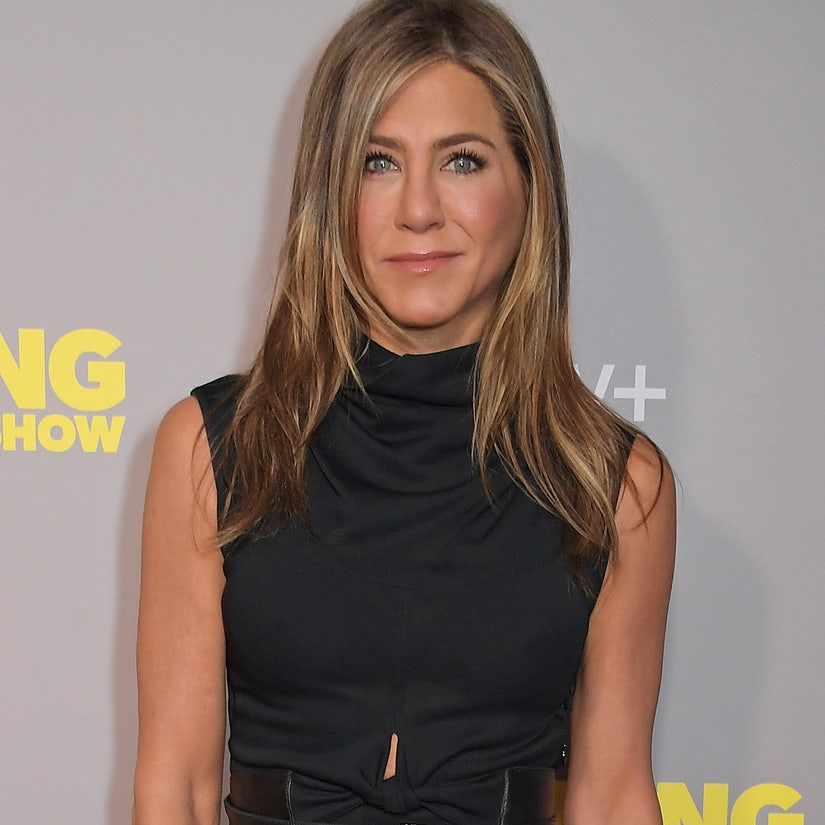 The actress -- who is promoting Season 2 of "The Morning Show" -- also weighed in on those David Schwimmer dating rumors.

Jennifer Aniston got caught up in quite the misunderstanding during a recent appearance on an UK talk show.

During a virtual appearance on "This Morning" on Monday, the actress -- who was promoting Season 2 of "The Morning Show" alongside her co-star Reese Witherspoon -- hilariously misheard a question asked by host Josie Gibson, who has a thick, Bristolian accent.

When Gibson asked Aniston if she's a "hugger," the "Friends" alum thought the British television personality asked her if she's a "hooker." Hilarity ensued.

"Are you a hugger, Jen?" Gibson asked the actress, who appeared stunned as she misheard the question. "A hooker?" Aniston, 52, said in reply, to which a mortified Gibson scrambled to clarify her question. As she made a gesture of a hug with her arms, Witherspoon burst into laughter.

After learning the real question, Aniston said, "Yes, I am a hugger."

According to The Sun, "This Morning" hosts Holly Willoughby and Phillip Schofield, like Witherspoon, appeared to find the awkward, yet funny moment quite entertaining.

"That's the best thing I have ever seen on telly," said Willoughby, as Schofield noted, "She took being asked if she was a hooker very well."

Meanwhile, in another recent interview, Aniston addressed online reports that she and her "Friends" co-star and former on-screen love interest David Schwimmer were dating in real life.

"That was bizarre. I could not believe that, actually. Like, really? That's my brother," the Emmy winner told Entertainment Tonight in an interview published on Monday. "But I understand it, though. It just shows you how hopeful people are for fantasies, for dreams to come true."

During the special, which aired in late May, Aniston and Schwimmer admitted they were romantically interested in each other in real life while playing on-screen lovers. While they were both "crushing" on each other, they swore they "never crossed that boundary" and made it physical.

In August, it was reported that the two, who played Rachel Green and Ross Gellar on "Friends," had been "growing close again" following the reunion. Although fans went into a frenzy over the possibility of the pair getting together, Aniston and Schwimmer's reps both denied the rumors.