“My voice as I knew it, was taken away from me.”
Val Kilmer wants to re-introduce you to his voice.
Having been diagnosed with throat cancer in 2014, the 61-year-old actor lost his ability to speak properly after undergoi… 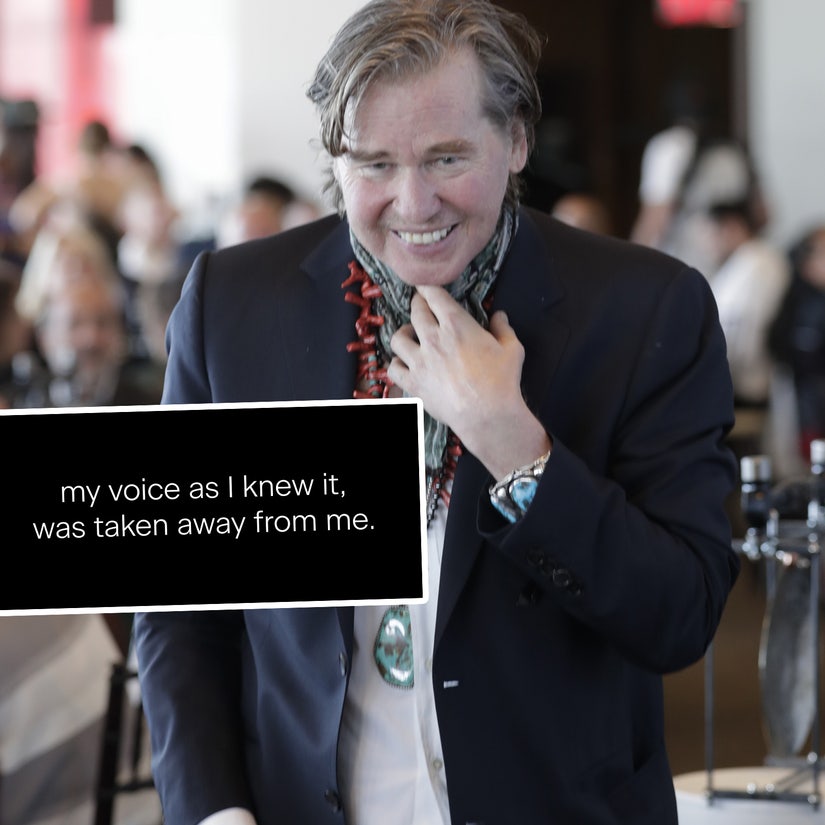 "My voice as I knew it, was taken away from me."

Val Kilmer wants to re-introduce you to his voice.

Having been diagnosed with throat cancer in 2014, the 61-year-old actor lost his ability to speak properly after undergoing a tracheotomy.

But now, after a year of work with AI voice technology company Sonantic, the "Top Gun" star is able to communicate using a computer generated replica.

"We all have the capacity to be creative. We're all driven to share our deepest dreams and ideas with the world," Val expresses in the clip, sounding like his younger self. "When we think of the most talented creative people, they speak to us in a unique way. A phrase we often hear is 'having a creative voice.'"

"But I was struck by throat cancer. After getting treated, my voice as I knew it was taken away from me. People around me struggle to understand when I'm talking."

"But despite all that I still feel I'm the exact same person," he continued. "Still the same creative soul. A soul that dreams ideas and stories confidently, but now I can express myself again, bring these ideas to you, and show you this part of myself once more."

"A part that was never truly gone. Just hiding away."

In a blog post, Sonantic co-founder John Flynn said the project was particularly challenging, because they were attempting to duplicate something that no longer existed.

"When we create voice models with actors who are able to perform their lines, we provide set scripts. The actors record performances of those scripts, then we feed the recorded audio into our proprietary Voice Engine, which trains the AI model. The Voice Engine provides a variety of manual and automated capabilities for checking the quality of the model," he wrote.

"When an actor is unable to perform lines from our scripts—as in the case with Val—we need to do a bit more manual work. The first step is to gather audio recordings of the actor. For the best results, we need clean audio, with little background noise, in the highest-quality format."

He said his team had to develop new technology specifically for the project, since Kilmer could only provide 10 per cent of the amount of old recordings normally needed to create an artificial voice.

In the end, the star was more than happy with what he heard... and said.

"I'm grateful to the entire team at Sonantic who masterfully restored my voice in a way I've never imagined possible," he said.

"As human beings, the ability to communicate is the core of our existence and the effects from throat cancer have made it difficult for others to understand me. The chance to tell my story, in a voice that feels authentic and familiar, is an incredibly special gift."