Despite being smashed in the head several times, the sisters do not back down.
A sickening attack on two female liquor store owners in Baltimore was caught on camera on Sunday night.
The Korean sisters were attempting to … 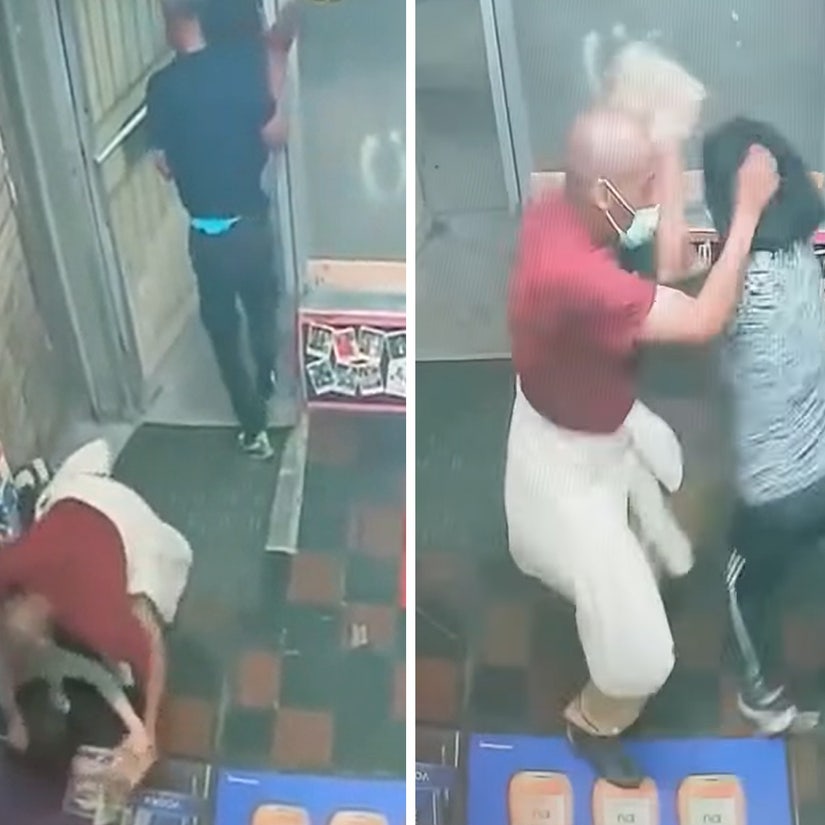 Despite being smashed in the head several times, the sisters do not back down.

A sickening attack on two female liquor store owners in Baltimore was caught on camera on Sunday night.

The Korean sisters were attempting to close up their Wonderland shop on Pennsylvania Ave just before 11 PM when the brutal assault unfolded.

Distressing footage shows one of the women closing the front door when a man carrying a cement block suddenly charges at her.

She tries to pull him out of the store, but he forces his way inside and they both fall to the ground.

At this point a male customer decides to casually make his exit, briefly glancing back at the ensuing struggle before disappearing though the door.

The attacker can be seen holding the woman's head to the floor by her hair and beginning to bash her skull with the block. The victim's sister suddenly enters the scene and tries to stop him, but she too gets smashed in the side of the head.

Despite both suffering vicious blows to the head, both women bravely continue to fight back, and manage to push him to the door. But the stomach-churning onslaught continues as he repeatedly hammers them in the face with the brick.

Yet still they fight on, neither sister ever leaving the other — until one of them finally manages to wrest the brick free from the attacker's hands, and chases him out of the store.

It is not until the very end of the disturbing two and a half minute clip is the extent of the damage seen, as the bloodied and battered women walk back into their store, clutching their wounds.

One of the victim's sons, John Yun, told CBS13 that neither his mother or aunt had ever seen the man before, so it was a "random, random act."

"I'm feeling raged, of course watching a video of your mom and your aunt beat is crazy," he said.

"They're in shock, my aunt got the worst of it, 30 stitches, bruising… to see them in person like that, it's so disheartening."

He added: "I'm so proud of the courage to actually stick up like that, it's insane."

Yun set up a GoFundMe to help his mom and aunt, which has since raised more than $32k. 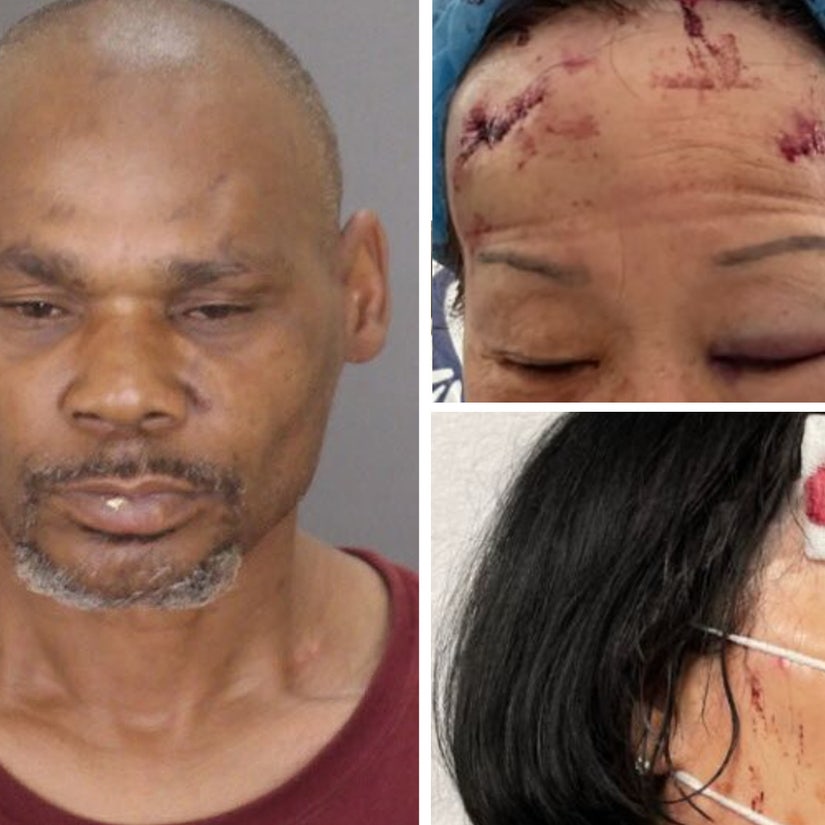 "I admire the bravery and courage of these two women and am incredibly proud of them," he wrote. "Their physical wounds will heal eventually, but the trauma from this attack will require more time. I am trying to raise some funds so they can relax and heal and without worrying about the burden of bills that will arise from this attack."

Shortly after the attack, Baltimore Police arrested 50-year-old Daryl Doyles, and charged him with two counts of aggravated assault.

"It doesn't make sense why they would come here to make a living and get treated like this in a community that should embrace (them) because we've been here for over 20-something years, and we are a part of this community," Yun told the broadcaster.

"Everyone is treated equally, there's not one person higher than another. So please, just stop all this hate, it needs to stop."