The actress explained the real reason why she’s been looking “completely different” lately.
Tori Spelling is addressing some rumors about her recent appearance, as well as her marriage.
During a visit Thursday to SiriusXM… 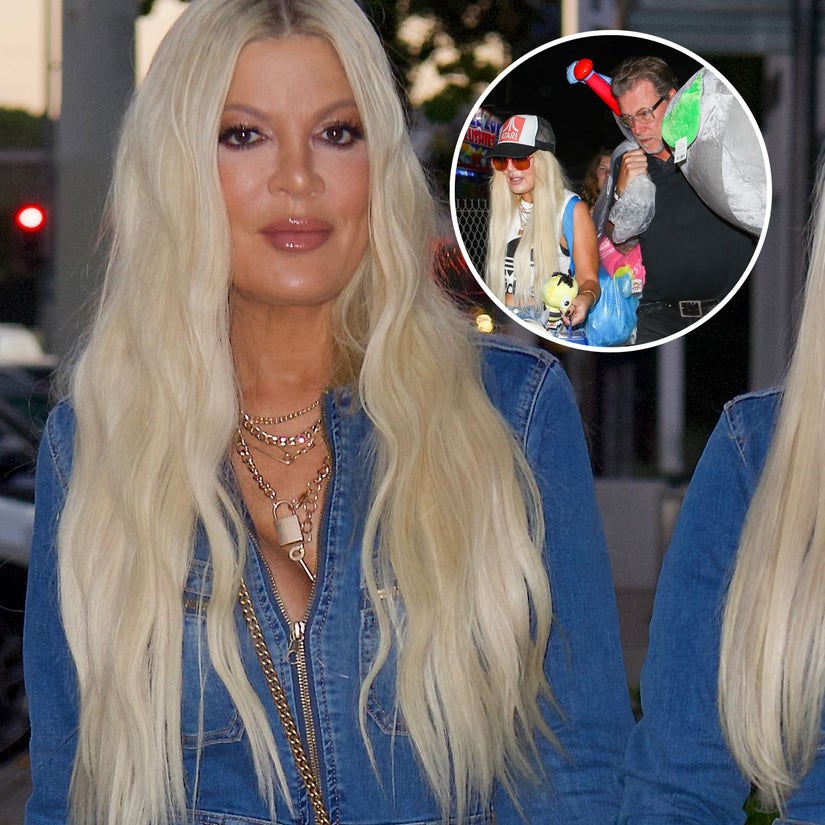 The actress explained the real reason why she's been looking "completely different" lately.

Tori Spelling is addressing some rumors about her recent appearance, as well as her marriage.

During a visit Thursday to SiriusXM'sRadio Andy's "Jeff Lewis Live," the actress opened up about reports suggesting she recently had plastic surgery -- and denied that she's had work done.

Earlier this month, Spelling, 48, was photographed (above) looking barely recognizable -- and a lot like Khloe Kardashian -- leaving many to believe she had gone under the knife. When Lewis asked Spelling why she "looks so good," the "Beverly Hills, 90210" alum credited her new makeup artist and her talent with contouring as to why she "look[s] completely different."

"First of all, I have an amazing makeup artist now," Spelling explained. "Her name is Hailey Hoff and with contour and she does makeup like no one else. And my face, I look completely different. I look like I've had a nose job. Like, it's straight now."

"It's all contouring," she said.

In addition to contouring, the mom of five also credited exosome therapy, a type of regenerative medicine treatment that includes a solution of messenger-RNA, micro-RNA, lipids, cytokines and proteins that helps heal targeted cells and "stimulate healing."

"It could be the exosomes, too, because they said my skin looks flawless, so maybe I'm looking younger," Spelling said. "They said I looked Snooki's age. She's 33. I'm like, 'I'll take that.'"

Spelling was also asked about her reportedly strained marriage to Dean McDermott, after the two were seen in public with their children on Labor Day weekend. The sighting was the first time they've been spotted together in months amid rumors of marital troubles.

"What I read is that Dean was there with you, putting on a brave front amid divorce rumors ... even though you're sleeping in separate beds. That's what it said," the "Flipping Out" star said to Spelling, who initially dodged the question by jokingly pointing out that she was being "penalized" by Lewis because she didn't show up on time for her appearance on his radio show.

Spelling replied, "Yes, we did. We've been going to the Malibu Chill Cookoff since Liam was 1 year old. He's 14. So it's a tradition. The family does it together every year."

The interview comes a couple of months after Spelling revealed during a previous appearance on "Jeff Lewis Live" in June that she and McDermott, 54, were sleeping in separate bedrooms. Before that, she was spotted without her wedding ring.

The couple married in 2006 and have weathered a very public cheating scandal.