Today Extra’s Belinda Russell has had quite the brush with celebrities lately.Days after retired baseball player Alex Rodriguez seemingly complimented her Instagram feed via a private direct message, it appears another star has also reached out to Russ…

Today Extra's Belinda Russell has had quite the brush with celebrities lately.

Days after retired baseball player Alex Rodriguez seemingly complimented her Instagram feed via a private direct message, it appears another star has also reached out to Russell: David Spade. And it was sent in jest to poke fun of A-Rod's message.

The TV host was reluctant to reveal the new message from Spade after the Rodriguez incident was turned into a big deal around the world.

"It was blown out of proportion," Russell told co-host, David Campbell, on air this morning. "Why can't a grown man send a female message when it's completely innocent and not creepy?" 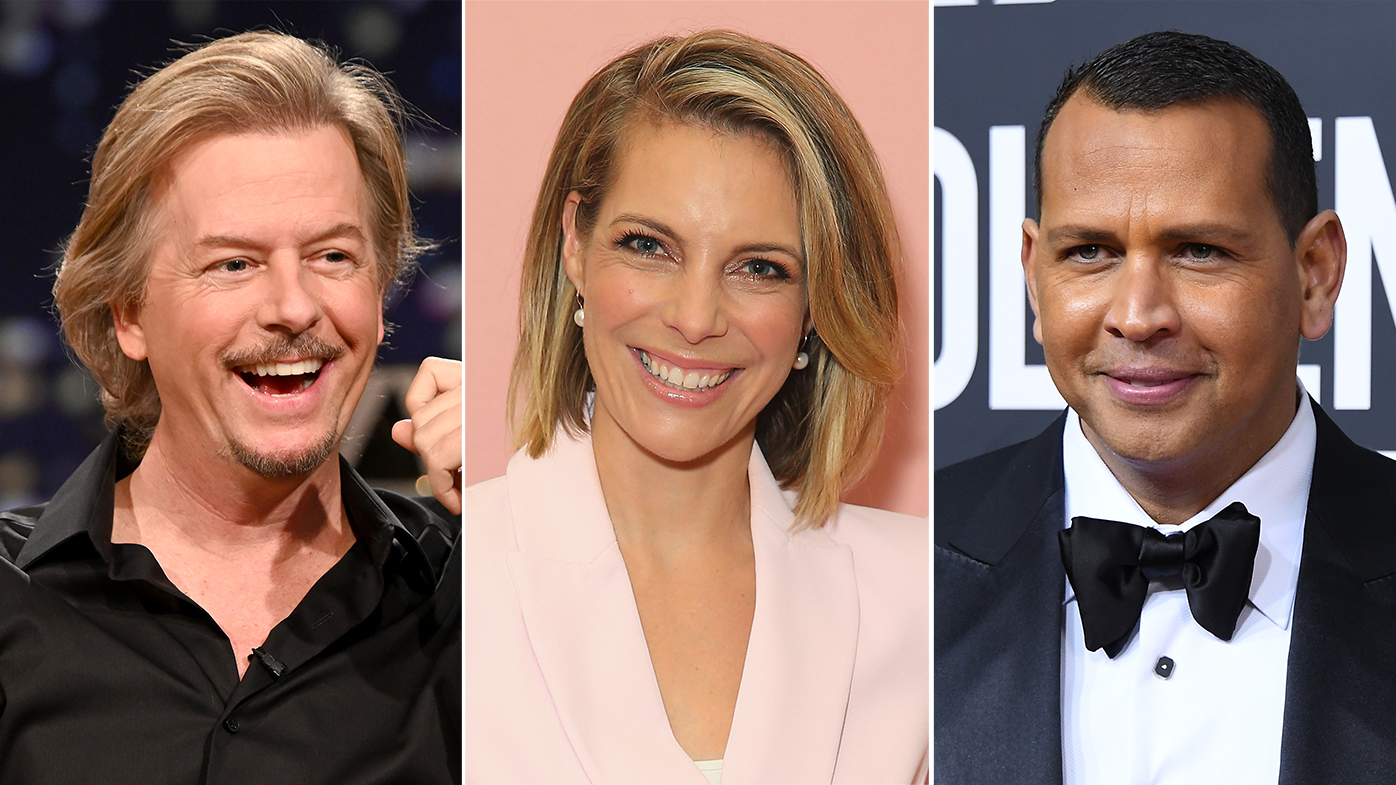 But for the purpose of a great punchline, Campbell urged Russell to share Spade's hilarious message with viewers.

In a screenshot then shown on screen, Spade hilariously wrote to Russell: "Hey its A Rod new phone."

Watch the video above for Russell's reaction. 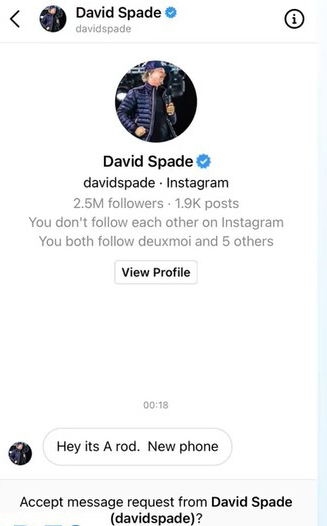 Just last week, Russell revealed on Today Extra that Rodrigeuz had messaged her on Instagram.

"I woke up this morning, checking the socials and in my requests, there was a message from Alex Rodriguez. As in A-Rod. As in J.Lo's ex," she told co-host Richard Wilkins. "All I can say is... he likes great content, Dickie. He just said, 'Great feed.'"

READ:  Find Out Why Shoppers Think This Is the Ultimate Flattering Summer Dress

To conclude, Russell stressed it was all innocent, adding, "He just likes my videos... I'm very happily married."

It was later revealed by his people that it was in fact his daughters, Natasha, 16, and Elle, 13, who reached out to Russell via his account as they "are big fans" of the TV host's dancing videos.