Toby left Chloe for two women before they got back together. Here’s a look at their relationship after “Love Island.”

Given their up and down relationship in the villa, fans want to know whether Toby and Chloe are still together after Love Island UK season 7 and if they still have as much drama in out of the villa as they did in it.

But before we dive into Toby and Chloe’s relationship now, let’s explain how Love Island works for those who don’t know: Love Island, which originally premiered in the United Kingdom in 2005, starts with 10 or so singles who are invited to a villa on a tropical island with the hopes of finding love. Within seconds of meeting each other, the contestants are asked to couple up. As couples, the contestants are required to sleep in the same bed and complete challenges with each other. As the season continues, more contestants are invited to the villa, and islanders already there have to make a choice about whether to stay with their current partner or couple up with someone new.

Each week, there’s a re-coupling, and the contestants who aren’t in a couple are sent home. In the end, the public votes for their favorite couple among the finalists, and the winner receives a cash prize. On Love Island UK, that prize is 50,000 pounds. However, the money doesn’t go to the couple as a whole. Instead, it goes to one person by random draw. That person must then decide whether to share the money with their partner or keep it for themselves. Love Island UK premiered in 2005 but was rebooted in June 2015, which is when it became the show fans know today. Season 7, which premiered in June 2021, was filmed at a villa in Sant Llorenç des Cardassar, Mallorca.

What was Toby and Chloe’s relationship like on Love Island UK?

Toby Aromolaran, a 22-year-old semi-pro footballer from Essex, was one of the 10 original contestants on Love Island season 7. He coupled up with Kaz at the first recoupling. Chloe Burrows, a 25-year-old financial services marketing executive from Bicester, was the first bombshell of the season and joined at the end of day 1. She first coupled up with Aaron and then with Hugo at the first recoupling. In week 3, Chloe confessed her feelings for Toby, which he returned. They had drama with Kaz after Toby kissed Chloe before he told Kaz that he wanted to explore a relationship with her. Toby and Chloe’s drama continued in week 5 when he coupled up with Abi two days after meeting her. Chloe accused Toby of doing to her what he did with Kaz.

After Casa Amor, Toby recoupled with Mary, while Chloe recoupled with Dale. When he returned to the villa, Toby confessed to both Abi and Mary that he didn’t have a connection with either of them and still had feelings for Chloe, who decided that she and Dale just had friend vibes. When Toby told Chloe about the feelings they had for each other, she took him back and they coupled up at the next recoupling. Toby and Chloe stayed together until the Love Island season 7 finale on August 23, during which he asked her to be his girlfriend. During the finale, host Laura Whitmore announced that Toby and Chloe came in second place on Love Island season 7. According to the Daily Mail, Toby and Chloe received 30.85 percent of the votes. 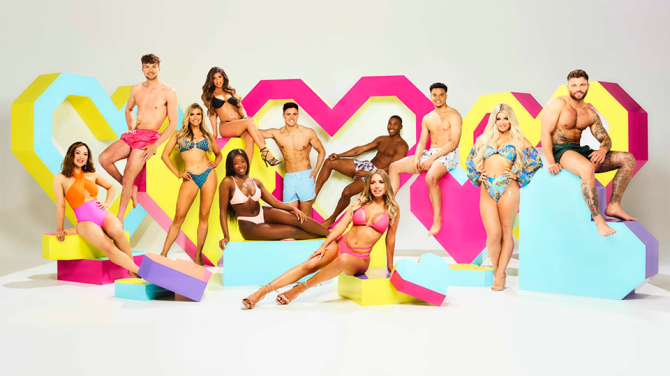 Are Toby and Chloe still together from Love Island UK?

Love Island UK is available to stream on the ITV Hub. Here’s how to watch it in the US. 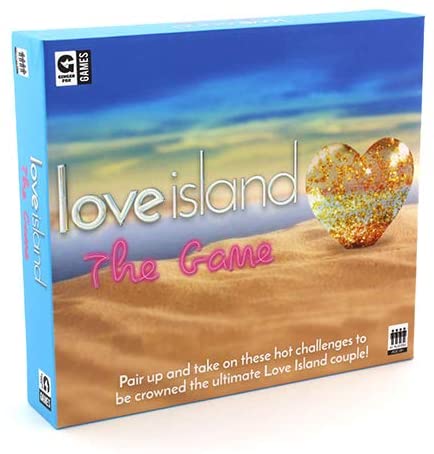 If you’re a fan of Love Island, this Love Island game is must-have. Created by Ginger Fox (the same company behind games like Ultimate Arrogance and Cat Chaos), Love Island: The Game is a card game filled with fun and flirty challenges based on real dares played by Love Island contestants. The box includes four mini-games: Sexy Charades, Physical Challenge, Secret Challenge, Couples Quiz, and the Sexiest Pub Quiz Ever! Each mini game includes a stack of cards filled with sexy dares for players to complete, such as All Play, which challenges couples to demonstrate their sexiest yoga pose, with the sexiest yoga pose winning the point. The box also comes with two heart-shaped chalk boards for the Couples Quiz, as well as a spin-the-bottle-inspired inspired wheel to decide which sexy challenge to play. Get grafting and play Love Island: The Game.