Welch reveals how her own experience as a member of the disability community helped inform her take on the character.
Barbara Gordon’s Batgirl days may be behind her on “Titans,” but that doesn’t mean she’s done kicking ass.
… 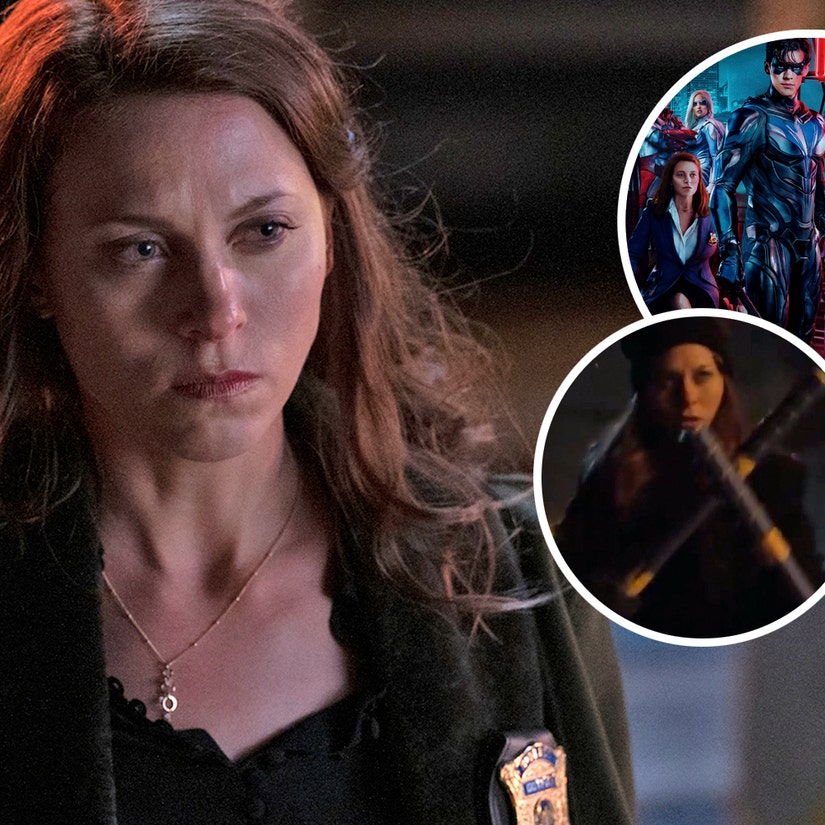 Welch reveals how her own experience as a member of the disability community helped inform her take on the character.

Barbara Gordon's Batgirl days may be behind her on "Titans," but that doesn't mean she's done kicking ass.

Savannah Welch joined the HBO Max series in its third season, with her version of Barbara taking over the role of Commissioner Gordon after her father's death. She began the season already in a wheelchair, having been paralyzed by The Joker during her days as Batgirl. While she hung up her cape, she's still fighting crime here -- and may have another comicbook title, Oracle, in her future.

The series is a big gig for Welch, who -- like Barbara -- is a member of the disability community after she lost one of her legs in an accident at a Texas farmer's market in 2016. Speaking with TooFab, the actress said the role was "exciting, it was an honor and it was intimidating" -- with fight scenes that left her feeling "empowered."

Keep reading to see what she teased about that alley battle from her chair, some flashback sequences to come and her excitement over possibly playing the all-important Oracle further down the line.

Can you first talk a little about what the audition process was like for Barbara — were they specifically looking for someone in the disability community for the role?

My initial audition for the show was in January of 2020, so it was just before the pandemic. And the first audition, I did not know what the role was or what the show was, I wasn't told much. I was told it's a TV series that will be on HBO Max and I was told series regular role. I think that the sides that I was given were for an attorney. I did know that she would be in a wheelchair, so it was an attorney in a wheelchair.

I got a call back after that audition. And I think that I was told in the callback what the role was and what the show is. And then I didn't hear anything, it just ... kind of crickets after that, which happens all the time and you think, "Guess I didn't get that one." And then I didn't hear anything until August, and my agent called and said, "Hey, 'Titans' wants to bring you back in." I was like, "You mean the thing from January?" We didn't know, but they had not cast the role. Production got shut down for the pandemic, so the role wasn't cast. So I kind of did a few callbacks in August and got to do sort of a chemistry read with Brenton over Zoom.

READ:  Billie Eilish Is Hosting a Virtual Concert For Her New Album—Here’s How to Watch It For Free

It it a little odd having to do a chemistry read that way?

Totally. It's weird in the same sense that Zoom is a substitute for in-person conversation. A chemistry read, it's important to like have the person next to you and feel, feel their energy and kind of vibe that out. But funny enough, Brenton signed on to the Zoom session that day, sitting inside his car and he had like children crawling all over him. He has three beautiful daughters and he just had like little girls around and in the moment, I was managing my son, who was eight at the time, and his distance learning. He was next to me over here and so immediately, it was like, "Okay, we're on the same page." Then he's kind of walking around with a trying to find a good signal, and he has a yellow -- I'm gonna get it wrong, sorry Brenton -- but he has a yellow and white VW van, I'm gonna say '70s. And I have a yellow and white 1972 Ford Ranger truck. We both play music, we're both musicians. So I think at that point the show runners were like, "These two yeah, it's gonna work."

And what does it mean for you to be able to bring this character to life? Aside from the short-lived "Birds of Prey TV" series back in the day, we haven't a live action version of this Barbara that much.

So exciting for that very reason. It was exciting, it was an honor and it was intimidating. There are a lot of people who love this character and Barbara Gordon has meant something very personal to a lot of people over the years and she's been around since the '70s in the comic books. Her story has taken on so many different incarnations as she's evolved, so there's a lot there. There's a lot established already and then trying to figure out how to bring myself to that role and talking with the writers and the show-runners to about how to kind of make this our own. Where can we fill in the gaps and what parts of her story, do we really want to honor and what else can we do with her?

READ:  Khloe Trying for Baby No. 2 With Tristan, Plans to Live Part-Time in Boston 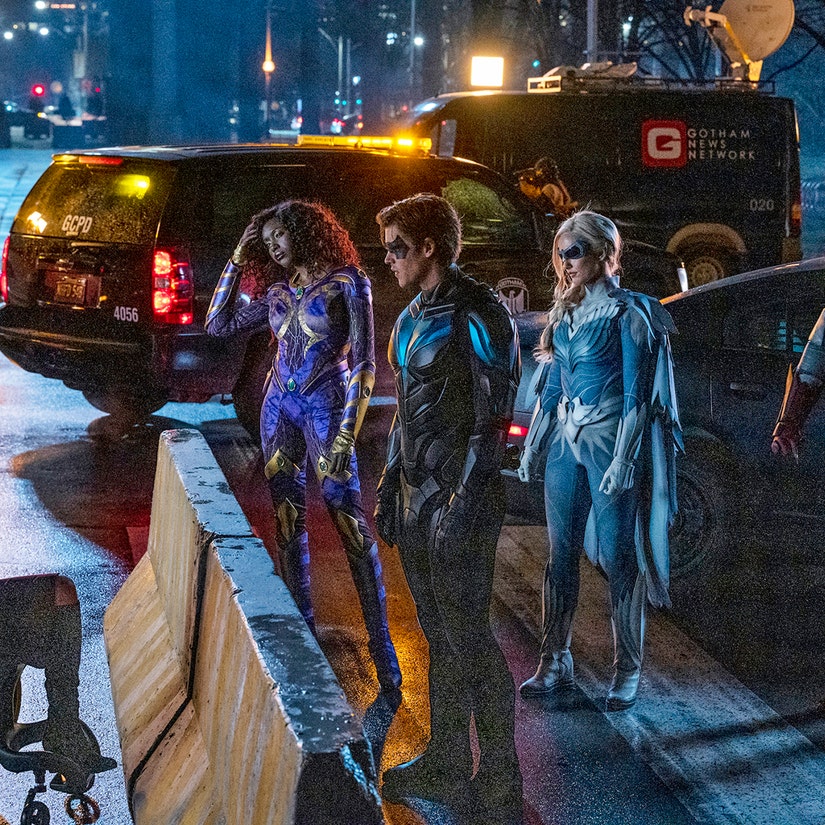 You said you did collaborate with writers on the character based on your own experience. What kind of feedback did you provide or maybe can you pinpoint any tweaks that were made, based on what you were able to bring to the table?

It's such a collaborative effort and the conversation was very fluid in talking about her relationship with Dick -- the personal relationship and professional. Also, sort of how she's showing up as commissioner, and what this new role means to her filling her dad's shoes and the pressure of that. We all know all the ways that Barbara Gordon is a total badass. I wanted to really also explore the ways that she is vulnerable, that she is human and that she's gone through so much and persevered through so much.

I think her storyline is very relatable in different ways. I'm trying to think of one like specific thing but I think that would be it, is just talking about the vulnerabilities, talking about -- as someone who is disabled -- I would try to just bring my own insight from my own personal experience to a scene and say, "I don't think she would do this in this way," or "She wouldn't do this quite like that."

At this point, Barbara's Batgirl days are behind her. But will viewers get a look into Barbara's past at all?

There are some flashback sequences where you get to see some of the origin of that era of her life with Dick.

We've seen ahead a bit and the promos for the season have show you fighting someone from your chair (above). It's such a badass fight scene. What did that feel like to show you can still really kick ass?

READ:  11 Turquoise Jewelry Pieces We Want to Wear Now — Nothing Over $40

It was so fun. I wanted to do stunt work for a long time. I've gotten to do little stuff here and there but actually getting to know learn stunt combat like that was so fun. And our stunt team is amazing. There's so good at what they do and they were really excited to have the opportunity to choreograph a stunt scene, a fight scene with somebody in a chair.

It's obviously limiting in a lot of ways you know we're not doing much spin kicks -- but what can we do instead? What are ways that we can use this to her advantage? That was really fun. It was a challenge and just felt like such an opportunity and really empowering.

Does that do something for your own psyche and ego while you're doing it?

I will say there was a lot of help. There was a lot of, "Okay, we're gonna pull you back on this one move," cut here and flash to this part where you spin and I definitely had a stunt double that was amazing and for certain moves. But that one specifically, that one in the alley, I did the majority of that scene, so it was a lot of fun.

Fans do want to see Oracle at some point, are you looking forward to that possibility?

Totally. Yes, I was excited about it and every new script that we would get from the writers when we were shooting, I would just be like, looking for Oracle. Yeah, I love that, that aspect of her character.

Last question for you: Is there a dream villain you'd like to go up against in future seasons ... or a character from DC Comics maybe you'd love to see incorporated into Titans?

Hmm, can we bring Hawk back? So sad!