The country singer didn’t learn that his late father, Tug McGraw, was his biological dad until he was 11.
Tim McGraw is shedding some light on his bond with his late father.
While speaking with Esquire for their “What I’v… 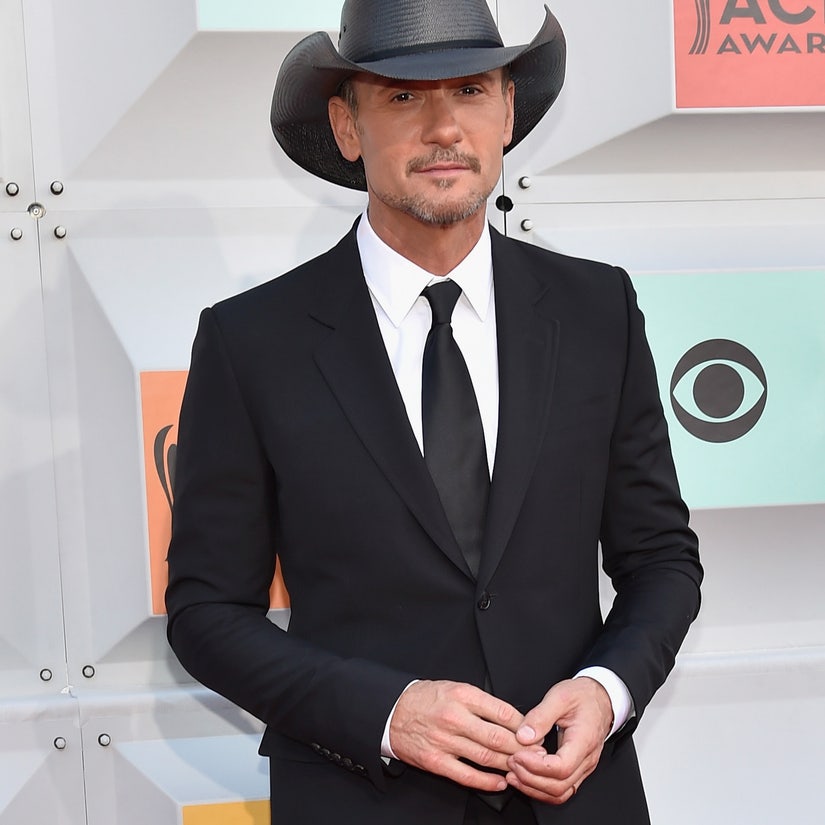 The country singer didn't learn that his late father, Tug McGraw, was his biological dad until he was 11.

Tim McGraw is shedding some light on his bond with his late father.

While speaking with Esquire for their "What I've Learned" interview, published Wednesday, the country singer offered some rare comments about his dad, Tug McGraw, whom he didn't know was his biological father until he was 11. McGraw, 54, explained how this discovery impacted him.

"People ask me, 'How could you have a relationship with your father? You were growing up in nothing. He was a millionaire baseball player. He knew you were there, and he didn't do anything,'" he said. "But when I found out Tug McGraw was my dad, it gave me something in my little town in Louisiana, something that I would have never reached for. How could I ever be angry?"

The "7500 OBO" singer previously spoke about his MLB star father in an interview with the late Larry King back in 2013.

"I didn't know he was my dad," said McGraw, who, until he was 11, believed his stepfather was his biological dad. "I was 11 years old and I was rummaging around in mom's closet and found a birth certificate. I was growing up in Louisiana and my mom was divorced and we were barely getting by."

"My [last] name was Smith. On my birth certificate, McGraw was scratched out and 'Smith' was written in by hand," he added, telling King that his mother had then reached out to Tug.

While appearing on Oprah's Master Class podcast in 2018, McGraw recalled his first meeting with his father. At the time, Tug was a pitcher on the Philadelphia Phillies.

READ:  Halsey Is Pregnant With Her First Child!

"I met Tug the first time when I was 11 and it was just a quick sort of lunch and then seeing him play the game," McGraw said. "It certainly wasn't an acknowledgment that he was my father."

The actor shared that the next year he "begged" his mother to drive him to Houston to watch his father and the Phillies face off against the Astros.

"She borrowed a car and we drove to Houston and he was playing at the Astrodome," he recalled. "And he'd left tickets for us 'cause she'd gotten in contact with his lawyer, I think, and his lawyer had said he'll leave tickets for you. We go to the Astrodome, we walk in, and they're warming up and he's down on the field. He always did this thing where a player would hit balls with a Fungo bat and hit it up in the air and he would catch 'em behind his back. So, he was doing that and I started yelling at him and then he wouldn't look at me. So, I spent 30 minutes trying to get this attention and he wouldn't look at me. So, I went and sat back down."

Fortunately, McGraw ultimately went on to have a relationship with his father, telling Oprah that Tug "inspired" him.

"In a lot of ways, that probably was a good driving force for me. You know, knowing that his blood was in me, you know, it inspired me. It did," he shared. "Whether he knew it or not or ever thought about it, he gave me something that you could never quantify. He gave me a dream of what I might could become because of who he was. He was my father and what he had done with his life put something in me that I probably would have never had -- I might not have ever had, who knows -- but I certainly think that that was a driving force in me to think that I could become somebody."

Tug passed away from brain cancer in January 2004. McGraw has previously honored his late father on social media. Last August, "The Blind Side" actor posted a sweet video montage on Instagram on what would have been Tug's 76th birthday.

"Happy Birthday Tugger! He would've been 76 today.... We miss his nuttiness! #yagottabelieve," McGraw captioned the post.