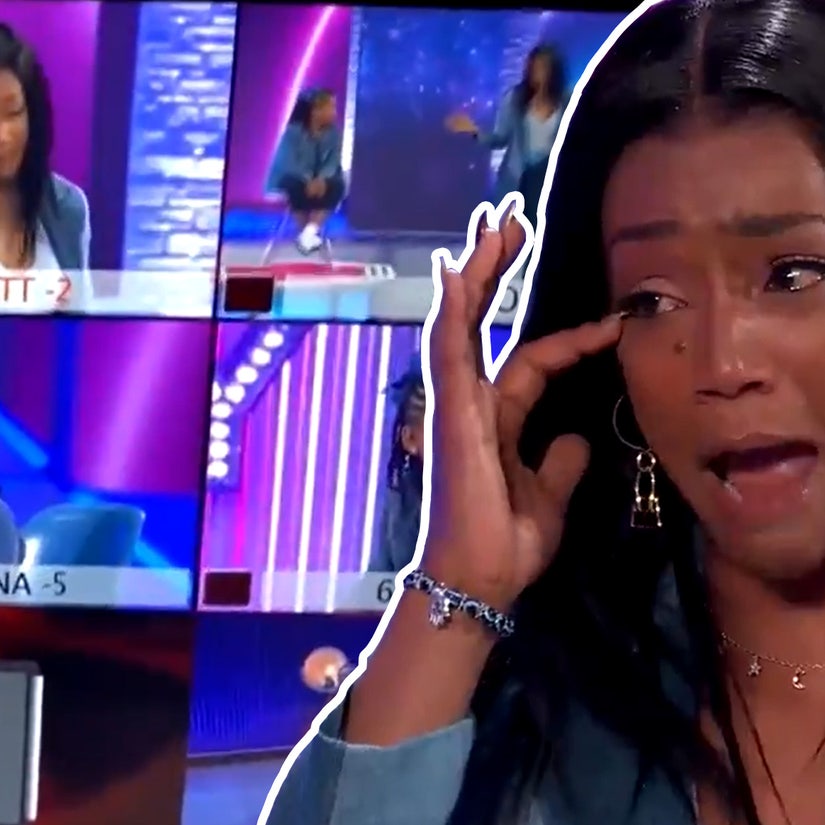 She's halfway to an EGOT.

Tiffany Haddish wasn't at the Staples Center on Sunday for the Grammys — she was busy working.

But her acceptance speech was easily the best of the night; the comedian shared on Twitter the touching moment she discovered she won Best Comedy Album.

While the gramophones were being handed out, Haddish was filming her TV show "Kids Say The Darndest Things", and it was while chatting to two adorable little girls about being nominated that her producer informed her over her earpiece that she was no longer just a nominee.

How I found out I won a Grammy while working on @KidsSayDarndest I am so Honored to share with the kids. Full situation is on my YouTube page. pic.twitter.com/pYzmt4nIgo

"I've been nominated a couple of times," the producer guided her, as she followed on camera, "... but I just won a Grammy."

The host then burst into tears, telling her tiny guests: "You know a Black woman hasn't won in that category since 1986?"

"Yes," one of the precocious ladies of course replied. "I learned that from Black history month."

"A Black woman hasn't won for Best Comedy Album since Whoopi Goldberg," Tiffany told the girls, before asking: "Can I tell you why I'm crying?"

"And you just have to believe in yourself as much as you can. And against all odds you just say 'You know what? I'mma just put my best foot forward, and I'm going to give the world the best that I got. Right? Anything is possible."

Describing what happened on YouTube afterwards, she wrote: "The Producers decided to tell me I WON a Grammy while I was interviewing these two young ladies Lauren and Ava, that want to someday be president of the United States of America."

"I was flooded with [such a sense] of accomplishment and relief. I kinda didn’t know what to say. I just wanted to cry but I knew it would have confused the babies. So I decided to use that moment to teach and share my feelings. Thank you @recordingacademy for the honor."

With "Black Mitzvah", Haddish was actually the only female in the category this year, and only the sixth woman to ever win it.

Incidentally, Whoopi's win in 1986 was her first step to becoming an EGOT winner. Tiffany already has her Emmy (which she won in 2018 for Outstanding Guest Actress in a Comedy Series on SLN)... so two down, two to go!