I came of age in the early aughts, which means thin, almost sperm-like eyebrows (think late ’90s Kate Moss) were the look. While my mother verbally banned me from plucking my eyebrows as a pre-teen (I’d regret one day, she rightfully cautioned me), but somehow I got ahold of a pair of tweezers after school one day at my friend’s house (little did I know that a decade and a half later this fatal move would lead me on a quest to find the best eyebrow regrowth serums.). Hey, if there’s a will, there’s a way, and I was downright determined to emulate my beauty icons—which at the time, were Britney Spears, Christina Aguilera, and Mandy Moore—somehow the Olsen twins were smart enough to leave their full, fluffy brows alone.

So, despite the sting, I plucked away at my naturally full brows (ugh, why?!?!) until they looked like pint-sized tadpoles. As anyone who’s ever overplucked their eyebrows knows, brows take a long, long time to grow back. While they filled out a bit over time, they never fully returned to their normal state. To make matters worse, I went through an especially stressful couple of months recently, and apparently, the constant anxiety and lack of proper sleep caused my hair to fall out—but it wasn’t the hair on my head that I was losing.

Basically, I woke up one morning, and seemingly out of nowhere, as I looked in the mirror, I realized that my brows were drastically thinner than they had been just a week or two ago. Of course, given my non-stop schedule (and my apparent inability to take a proper break, for that matter),  it makes sense that the thinning brow situation would go unnoticed until that very moment. Regardless, I was in total panic mode, but rather than heading straight to my bible, WebMD, to figure out what disease I had, I calmed down and reach for GrandeBROW Brow Enhancing Serum. (the ReivtaBROW serum also works wonders too, BTW). I’ve been a loyal fan of their lash serum for about a year now, so it seemed only natural to give their brow product a shot. 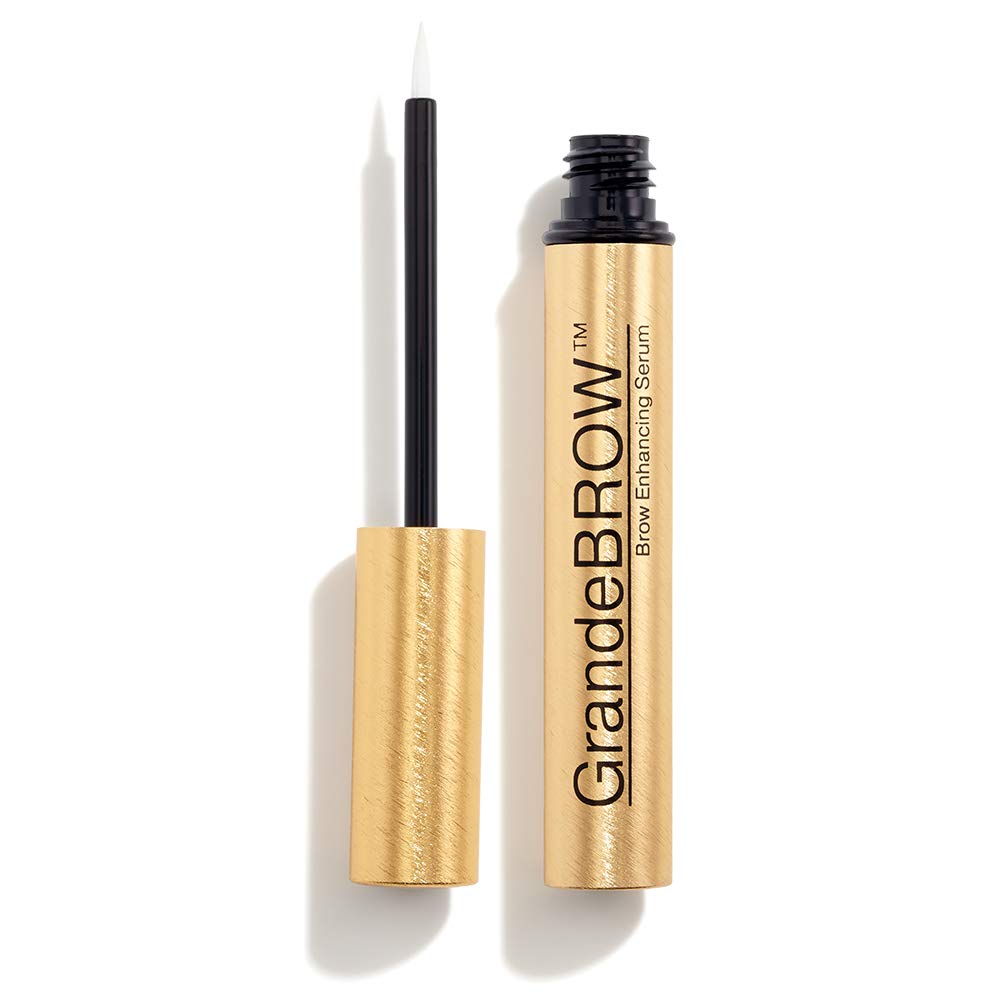 If you can afford to splurge, I do highly recommend this magic potion. It really does keep its promises. 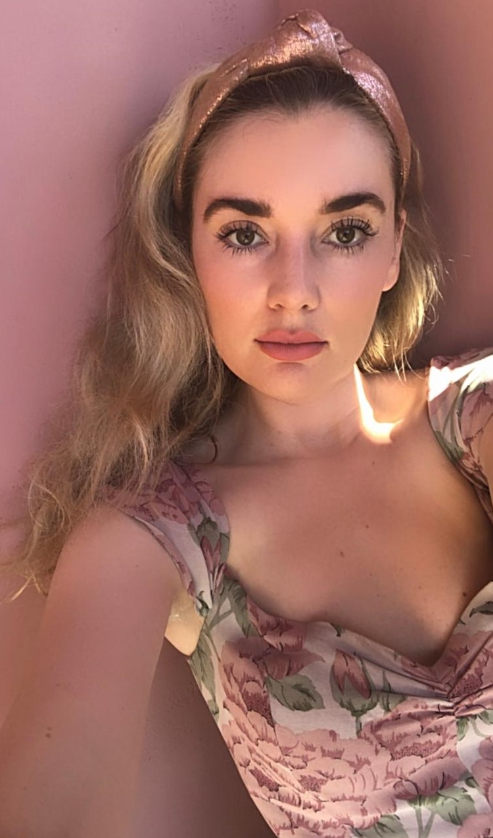 In the image above, I’m wearing tinted fiber brow gel to plump things up but scroll down below to see what my brows look like sans product as I’m about to publish this story (a.k.a. now).

After a month of using the GrandeBrow consistently, my brows were noticeably fuller—like, not only did I notice but so did my friends—and I haven’t been layering on pomade and brow pencil either. I still swear by this magical serum, but after some research, I realized there weren’t too many well-known brow-growth products that were affordable (and by affordable, I mean, under $65).

I finally found a few drugstore and budget-friendly options and I reluctantly (for the name of journalism, y’all), decided to swap out my trusty GrandeBROW to see if these drugstore alternatives could hold and keep my brows looking, well, the best I’ve seen them look since I was 12 years old. To give the below product the best chance at success, I reluctantly paused any brow serum for two weeks to let them thin back out for the purpose of this review (you’re welcome!). 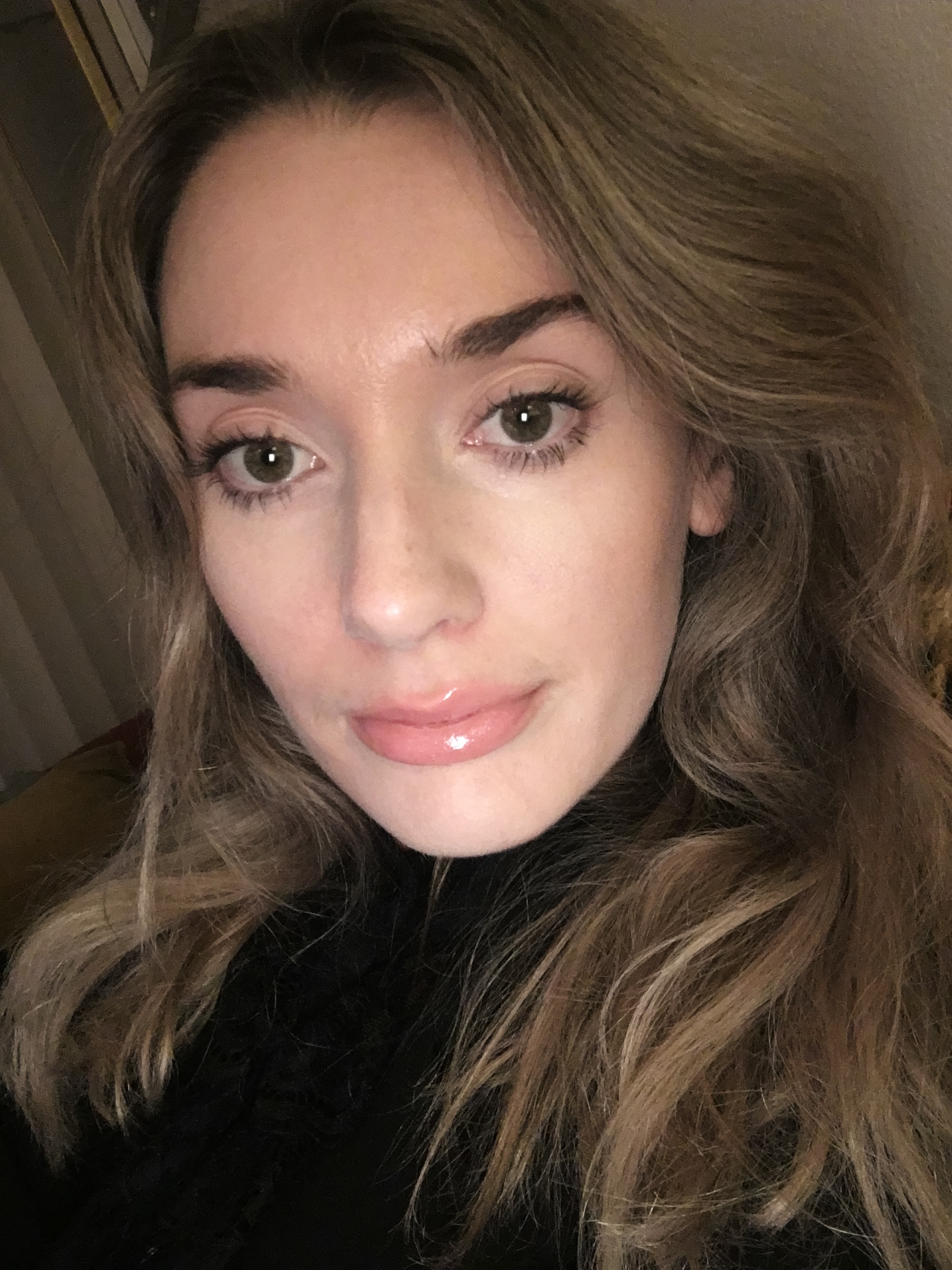 By the way, this is an (awful) selfie of me and my sparse brows from 2018—and yes, I had darker hair and weighed 15 pounds less back then. So back to the eye growth treatments. My mom had sent me an article about castor oil’s alleged abilities to naturally help boost hair regrowth and prevent hair thinning. She said she’d been applying to her scalp daily, and while only anecdotally, she said she noticed a subtle difference, so I began applying it to my brows morning to see if I’d also see any results. 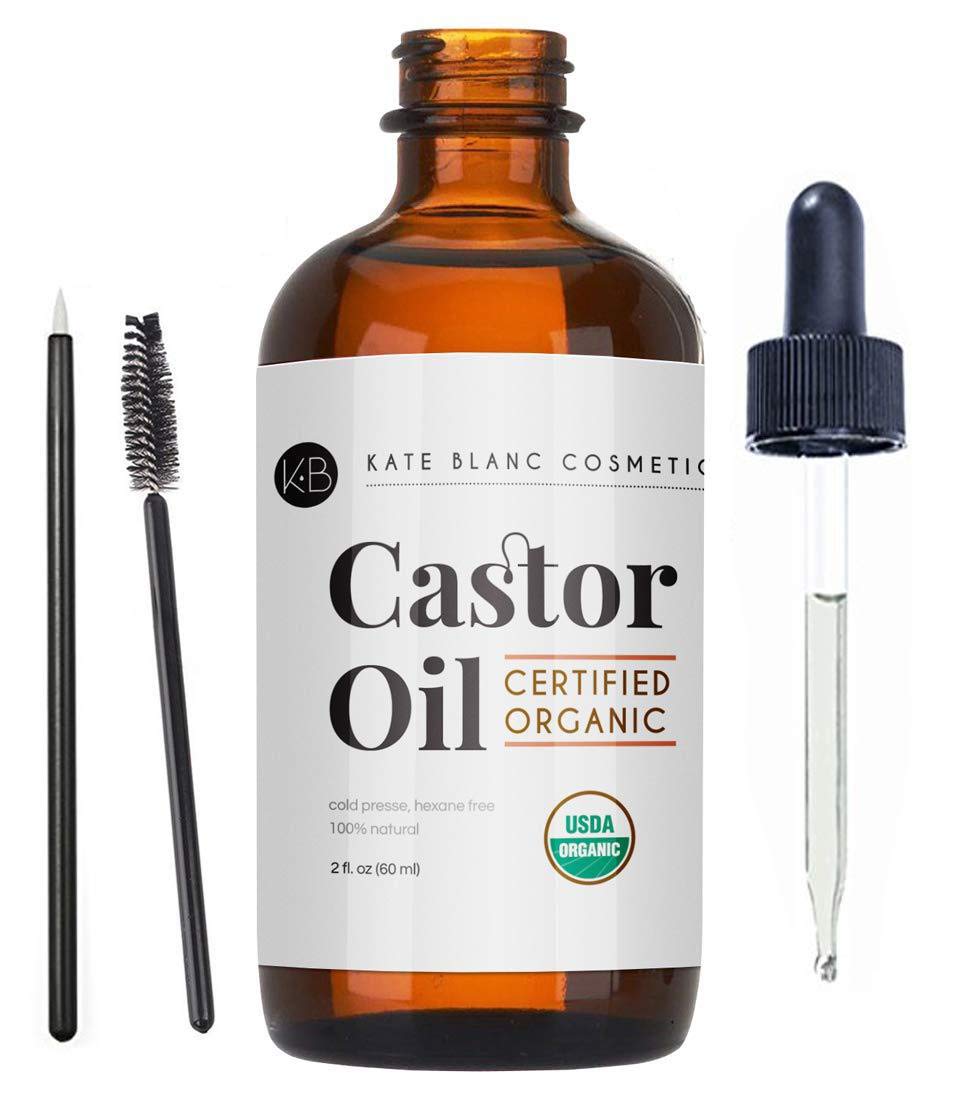 This multipurpose castor oil can be used for a laundry list of different things, but its main claim to fame is its re-growth boosting benefits. The academic research linking castor oil and reduction of hair thinning is scant, so most of the evidence backing it is anecdotal, but I did feel that the hydration prevented my lashes from becoming brittle, and therefore falling out. This one even comes with a spoolie brush for easy application. 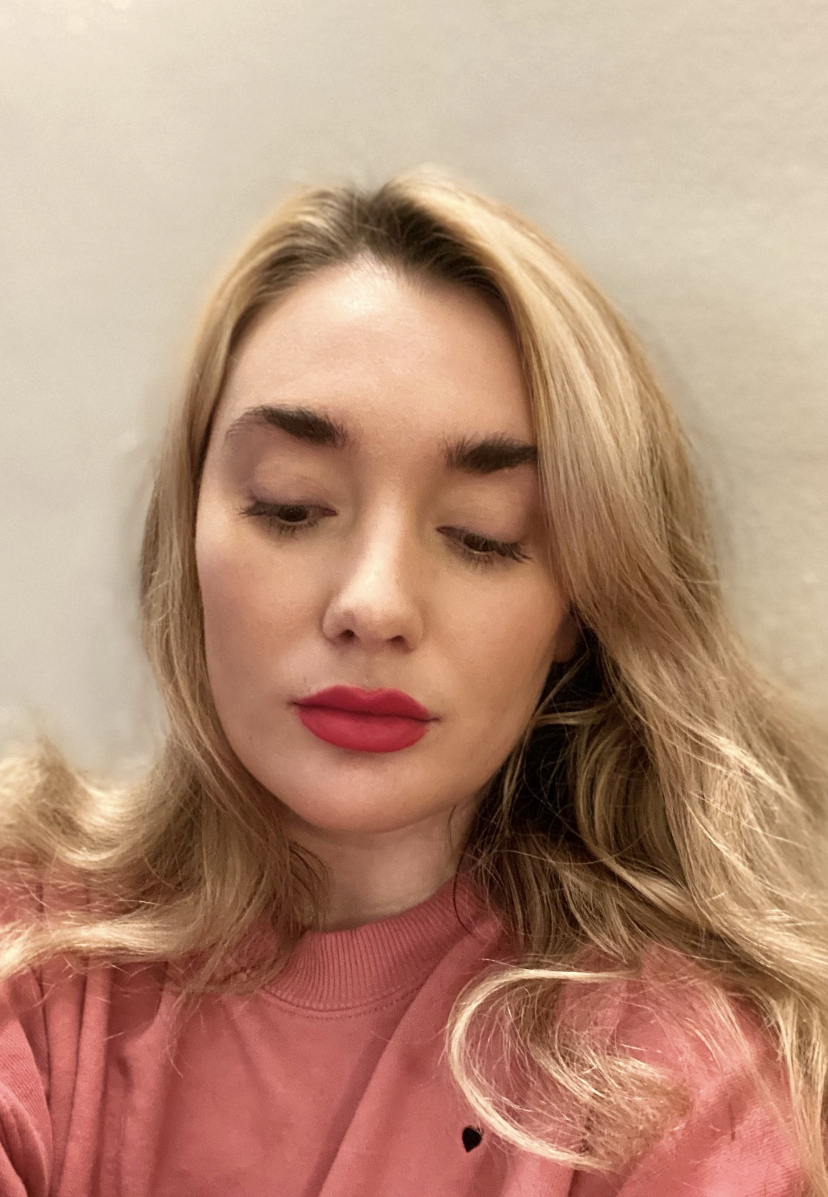 As promised, here I am up-close-and-personal with a selfie I took (yes, with portrait mode) about ten minutes before writing this very sentence. I believe the COVERGIRL serum below worked almost as wonderfully as the GrandeBROW, but you can still see some gaps at the end of my brows, to be sure. 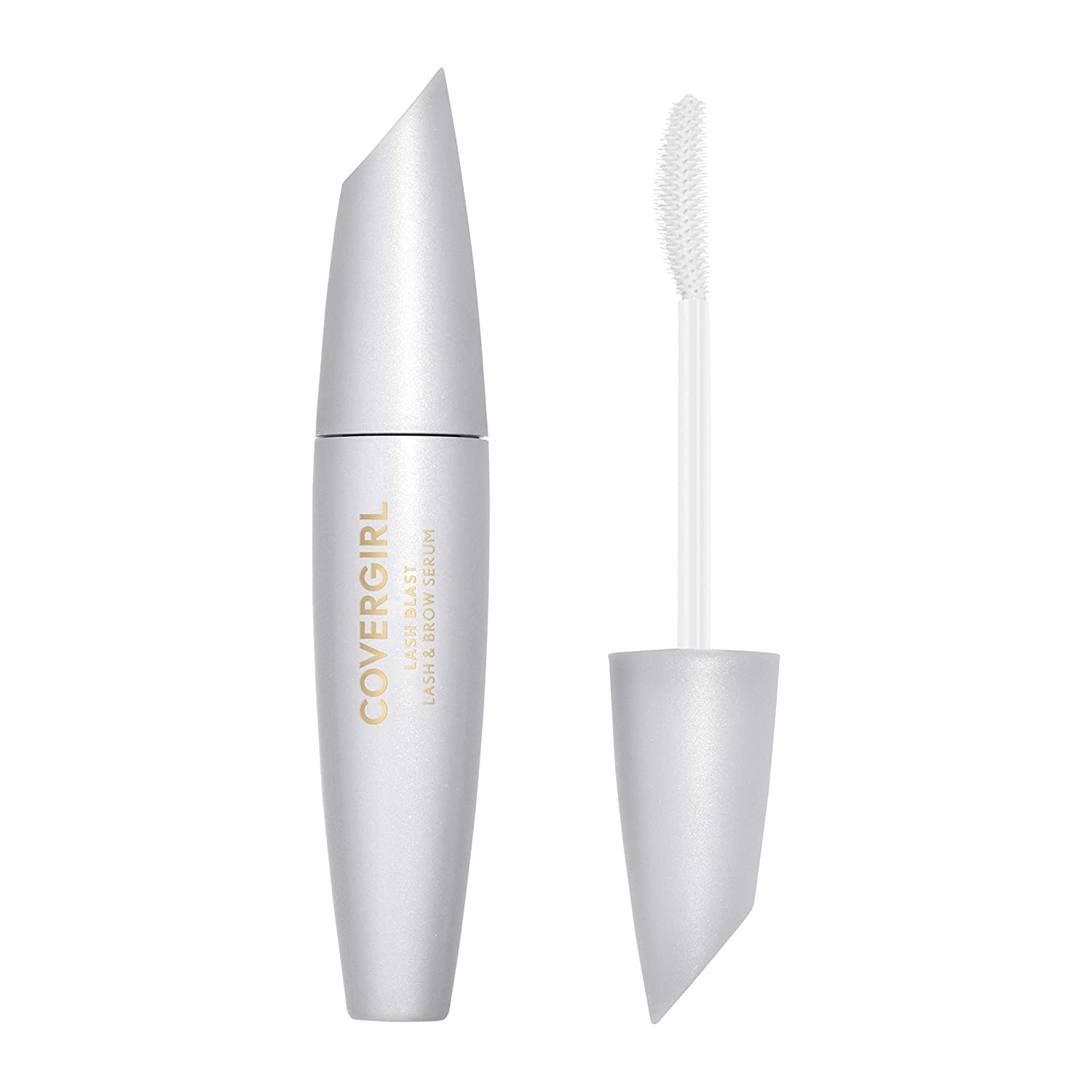 One thing I also love about COVERGIRL’s serum is that, as the name suggests, it works for both brows and lashes (I feel like my lashes have gotten a bit thicker and dark from applying this to them too).

The gel formula is a bit stickier than the liquid serums I’m used to applying, but I didn’t mind that because it also doubled as a brow gel to brush them up for a natural boost. It’s infused with plenty of nourishing ingredients, including bamboo extract, biotin, peptides, and yes, castor oil.

COVERGIRL claims lashes will look 24 percent longer in just 30 days with daily use, and while I notice an improvement in this arena, my brows definitely benefited the most. I still love my GrandeBROW—it will forever be my favorite that changed the game for me, this $10 alternative is a solid steal that works almost as well too.