“Standing under an arch of dusty plastic flowers in the courthouse chapel, we held hands and said ‘I Do.'”
Celebrity weddings are often lavish, over the top affairs but some stars just want to keep it a little more low-key. And w… 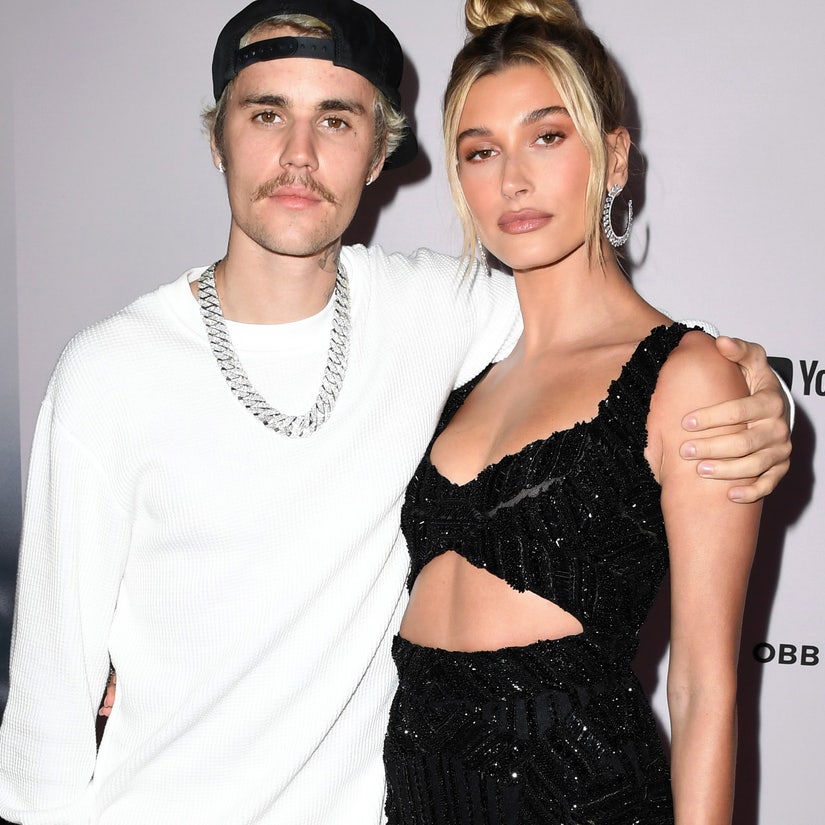 "Standing under an arch of dusty plastic flowers in the courthouse chapel, we held hands and said 'I Do.'"

Celebrity weddings are often lavish, over the top affairs but some stars just want to keep it a little more low-key. And when life is filled with red carpets and black tie galas, it's understandable why they'd opt for something more intimate. That's why quite a few famous couples decided to simply tie the knot at a courthouse.

These celeb duos proved that love is all you need when they said "I do" in front of just an officiant and a witness — and maybe a few close friends! While some opted to celebrate with elaborate event later on, all of their love stories started with a simple ceremony.

Find out which celebs said "I do" at a courthouse...

Anna Faris recently revealed that she and her husband Michael Barrett chose to elope at a courthouse in Washington State. She explained that the private ceremony was her idea as she didn’t feel like she "needed the whole thing" at her age. The couple, who began dating in 2017, even kept things so secret that some of Anna's family didn't find out until it was in the press.

"He's now my husband. Yes, we eloped. It was awesome, yeah, it was great...I just blurted that out, but it just feels like I can't say 'fiancé' anymore…It was awesome. It feels great. It was at a local courthouse up in Washington state. It was great," Anna revealed on her podcast, "Anna Faris Is Unqualified."

Just a few months after getting engaged, Justin and Hailey Bieber made things official in a New York courthouse in September of 2018. The duo also hosted an elaborate affair the following year to celebrate their nuptials but wanted to get married sooner so that they could move in together.

"We wanted to move in together, and we didn't believe in doing that until we were married, so we got legally married. Moving in together and living together, and getting to share space with each other and just keep learning more about each other, just took away all the pressure of the scary part of getting married," Hailey said in the "Seasons" docuseries.

Emily Ratajkowski and her love Sebastian Bear-McClard surprised fans when they tied the knot at a New York City courthouse after just two months of dating. They casually announced the news on social media, sharing a photo from the intimate affair where Emily wore a yellow pantsuit. She says she kept things low key because she didn’t want the paparazzi to find out.

"It all felt very 'heist movie' because all of my girlfriends were in suits, too, and I wasn't wearing white, so I kept passing the bouquet of flowers to them, like, 'Decoy, decoy!'" Emily told Vanity Fair.

Jessica Alba and Cash Warren were weeks away from the birth of their first child when they decided to tie the knot at a courthouse in Beverly Hills. The wedding was a spur of the moment decision and Cash says that the couple had previously not even considered getting married.

"Prior to that day, neither of us thought marriage was important...it felt outdated and we weren't going to fall for an antiquated social construction. But something changed in us that morning. It wasn't the dream wedding you deserved, in fact, it was laughably awkward. Standing under an arch of dusty plastic flowers in the courthouse chapel, we held hands and said I Do. No friends or family in attendance...just you, me and the courthouse employee who served as our witness," Cash wrote on Instagram.

Salma Hayek and her husband Francois-Henri Pinault may have tied the knot in an elaborate Italian wedding with all of their famous friends, but months prior, they made things official in a simple civil ceremony in Paris. They were reportedly joined for the Valentine's Day affair by just a dozen guests, including their daughter Valentina, other family members and a few close friends.

"The bride was extremely beautiful even when she was crying tears of joy. They were extremely happy," a source told People.

Keira Knightley had a very laid back approach to her wedding to her musician husband James Righton. The couple tied the knot at a courthouse in France, where Keira was wearing one of her favorite Chanel dresses that she had worn many times before.

"Karl [Lagerfeld] very kindly designed me a jacket to go with it. I'd worn the dress lots. It was my something old. And I liked not making a big deal about it. I just wanted to be in something I had had a great time in, something I would have a great time in again," Keira told Independent.ie.

Kristen Bell and Dax Shepard got engaged in 2009 but waited to tie the knot until same sex marriage was legalized in California. The duo made things official at a courthouse in Beverly Hills in 2013, where the couple both wore black — and Kristen cried for a majority of the ceremony.

"I don't fault anyone who wants a big day - especially girls, [but] we get more than enough attention in our everyday lives. I also wear more than enough party dresses," Kristen told People.

Ellen Pompeo and her husband Chris Ivery tied the knot at City Hall in New York City but took things one step further — they had the ceremony officiated by Mayor Bloomberg! The couple kept things totally under wraps and even made a secret entrance into the venue.

"We got married here in City Hall and Mayor Bloomberg was our officiator. Yeah, it was very cool. They took us on the subway underneath a tunnel. There are tunnels underneath City Hall! And then you come up, and you're in the mayor's office. There's a bookshelf and then, you just walk in and you're in his office," Ellen explained on "Live With Kelly and Ryan."

In 2019, Jude Law and his business psychologist wife Phillipa Coan got married in a civil ceremony at Old Marylebone Town Hall in central London. The surprise intimate event was only attended by the couple's closest friends and family, which makes sense as Jude previously expressed that the duo prefer to keep things private.

"She's mine and no one else's. I'm very, very happy. Our relationship is a private thing, and I think part of the fact it works so well is exactly because of that," Jude told Modern Luxury.

Heidi Klum and Tom Kaulitz surprised fans when they were spotted tying the knot aboard a stunning yacht in Capri but it turns out they actually got married months prior. The duo made things official in a low key civil ceremony months earlier, around the one-year anniversary of the first time they met.

In 2005, Matt Damon and his wife Luciana Bozan tied the knot in a civil ceremony in New York City. Mayor Bloomberg was reportedly in attendance and Luciana's then seven-year-old daughter Alexia served as the ceremony's witness. While their event was intimate, the couple went on to renew their vows in a larger ceremony 10 years later.

Chrissy Teigen and John Legend didn't plan on having a courthouse wedding but when they discovered that their lavish Italian wedding wouldn’t be official unless they tied the knot in the United States, last minute arrangements were made.

"We actually got married after going to a couple Fashion Week shows at Vera Wang, ironically who actually did my dress, but we got married at the courthouse right after. We are dumb and didn't realize that our Italian wedding would not be recognized unless we had a real ceremony in New York City. So Irina Shayk was our witness - the most beautiful woman on earth!" Chrissy told E! News.