But in The Woman in the Window, the stately Harlem brownstone in which Anna Fox (Amy Adams) lives is a movie set of such gloomy palatial grandeur that the place threatens to overwhelm everything that happens inside it.

Anna is a nervous wreck of an agoraphobe who hasn't left the house in 10 months. It's her cocoon, her prison, her stately dream chamber. (It is also, from the look of it, worth $5 to 10 million, so it's hard to feel too bad for her.) The high-ceilinged rooms are bathed in a shadowy glow, the muted colours left over from an ageing renovation, with a winding wooden staircase that extends so far up it never seems to end. It's a dwelling fit for the Magnificent Ambersons, or maybe a good haunting.

But there are no ghosts here. There is just Anna, popping her cocktail of prescription meds (as she guzzles the red wine she's not supposed to be drinking), taking house calls from her terse psychiatrist (Tracy Letts) in an elegant study, and speaking on the phone to the husband (Anthony Mackie) she's separated from (they have an eight-year-old daughter, who lives with him). Anna is a shrink herself — a child psychologist — who no longer works. Somehow, though, all that splendid neo-Victorian real estate keeps threatening to make her agoraphobia seem like a form of entitlement. 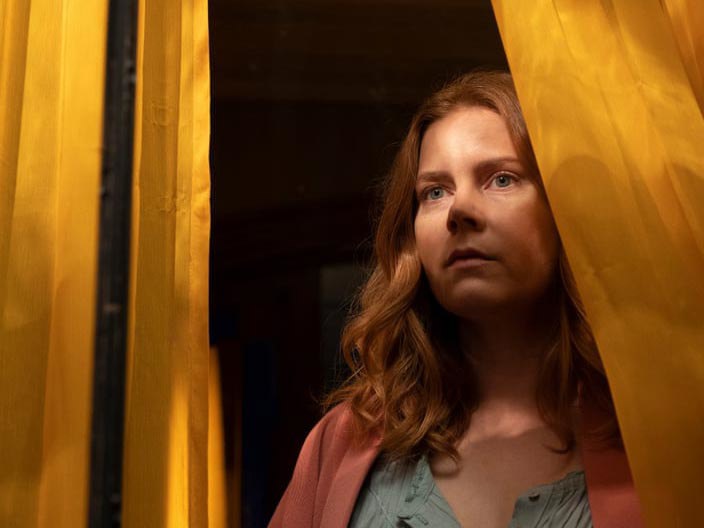 The Woman in the Window, directed by Joe Wright (Darkest Hour) and scripted by Letts, adapting A.J. Finn's 2018 novel, is a movie that would love to be called Hitchcockian. There are many ways for a thriller to earn that ultimate medal of praise. Here are a few ways not to.

Do not, in 2021, have your heroine learn crucial information by peering through the big front window of her neighbours' home across the street. True, the technique worked for James Stewart in Rear Window (1954), who was looking over the back courtyard of his Greenwich Village apartment.

But in the '50s, when folks trusted each other more, that sort of armchair-voyeurism-with-binoculars could feel authentic; today, people committing major crimes tend to close the blinds. In addition, when it comes time to have your heroine witness a murder, do not have the killer wield a kitchen knife just like the one used by Norman Bates in Psycho. As a weapon, that particular utensil has been done to death.

Also, do not keep cutting away to DVD clips of famous old black-and-white thrillers, as if to call attention to how much you long to be in their company.

Most of all, do not make your heroine a narrator so unreliable that we can't tell where her grand delusions leave off and the film's they-did-that? no-they-didn't! contrivances begin. Anna, anxious and depressed, but also restless with curiosity, has begun to spy on the apartment of her new neighbours, who have recently arrived from Boston. The thing is, they keep coming over, introducing themselves with a highly italicized zeal that makes us wonder why they're acting that way.

There is Ethan (Fred Hechinger), just 15, who has the goofy twitchiness of a junior Joaquin Phoenix. There's his father, a sinister British executive named Alistair Russell (Gary Oldman, in a shock of white hair), who starts off testy and gets angrier with each appearance, until it starts to seem like the fumes of his hostility might blast him into space. 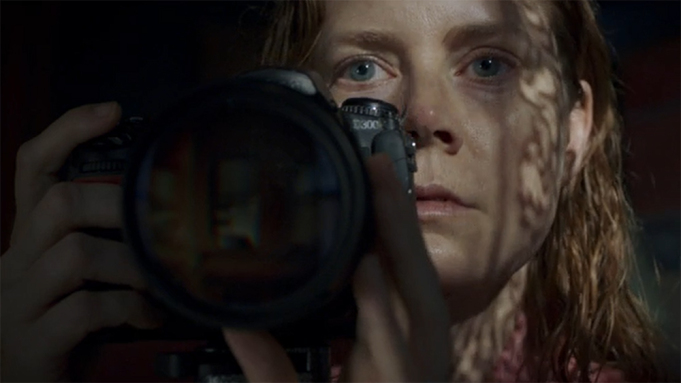 There's Ethan's mother, played by Julianne Moore with a laughing overfamiliarity just this side of unhinged. And there's Anna's basement tenant (Wyatt Russell), a brusque long-haired millennial musician who has skipped out on his parole and keeps popping up and scaring Anna, even though she invited him to come in whenever he wants to. The essential question raised by this character is: Why would Anna, who has a social-anxiety disorder and owns a house this humongous, bother to rent out the basement?

Tracy Letts is a vibrant playwright, but the dialogue in The Woman in the Window is weirdly stilted, like someone's chintzy mainstream-movie attempt at Pinter or Mamet. Adams' performance is by turns commanding and tremulously self-conscious. And stuff keeps happening that's so overwrought that the film, in its way, becomes a whirlpool of contrivance. Each time Anna tries to explain her actions, either to her husband or to a sympathetic not-quite-by-the-book police detective (Brian Tyree Henry), she seems paranoid and delusional. But, of course, if everything we were seeing was all just happening in her head, that could be its own kind of cheat. So the contrivances may have to be real after all!

The Woman in the Window would like to be a contempo Rear Window, but it's so riddled with things you can't buy that it plays like a bad Brian De Palma movie minus the camera movement.