This first interaction doesn’t exactly go well.
As “The Walking Dead’s” extended Season 10 continues, Sunday’s episode will give viewers another look at the soldiers of the Commonwealth, who were introduced in what was initially … 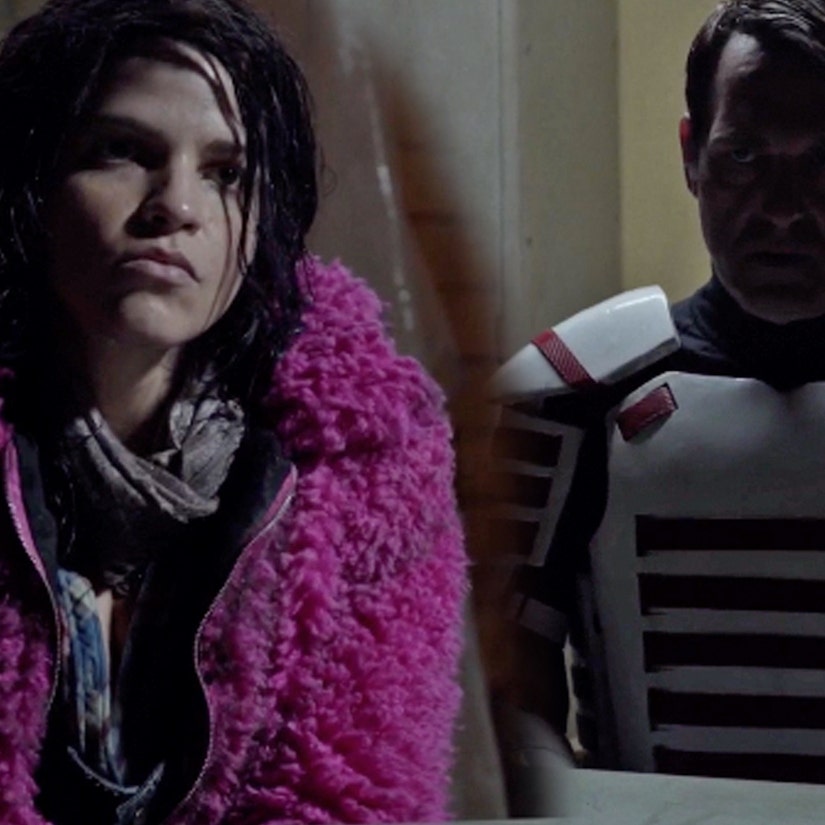 As "The Walking Dead's" extended Season 10 continues, Sunday's episode will give viewers another look at the soldiers of the Commonwealth, who were introduced in what was initially the season finale.

Quick refresher: Eugene, Yumiko, Ezekiel and newcomer Princess went to a train yard to meet the mystery woman Eugene had been talking to over the radio. Once they got there, however, they were surrounded on all sides by a group of men in white armor.

In this exclusive sneak peek at Sunday's new hour, Princess (Paola Lazaro) is interrogated by one of the soldiers after the foursome finds themselves separated. It appears she's stripped and hosed down, before one of the troopers inspects her for walker bites.

She makes it clear she's not infected ... but asks the soldier to help her out with a splinter. He doesn't. Instead, she's seated in front of another man who won't answer why they've taken her captive and simply starts asking his own questions.

He thinks she's joking when she reveals her name is Princess, before she asks what happened to her friend. "The girl, you took her, you're helping her, right? She's getting help now?" she asks. Considering Yumiko was the only woman in her group, let's assume that's who Princess is talking about.

"Eugene, Ezekiel, Yumiko, and Princess are captured and separated by the mysterious troopers that surrounded them at the rail yard," reads a synopsis for the episode from AMC. "Claustrophobic with mounting anxiety, Princess struggles with memories of her traumatic past and plans to escape."

While the Commonwealth soldiers were only seen briefly in the original finale, both them and their community will be big players in the final season of the show. In the comics, the Commonwealth is a fully-developed, walled-off community that's almost too good to be true.