The 42-year-old died 48 hours after posting the video.
This is the final video posted by “The Voice Mexico” star Jerry Demara before he died in agony at a California hospital.
The 42-year-old shared a video to Facebook Li… 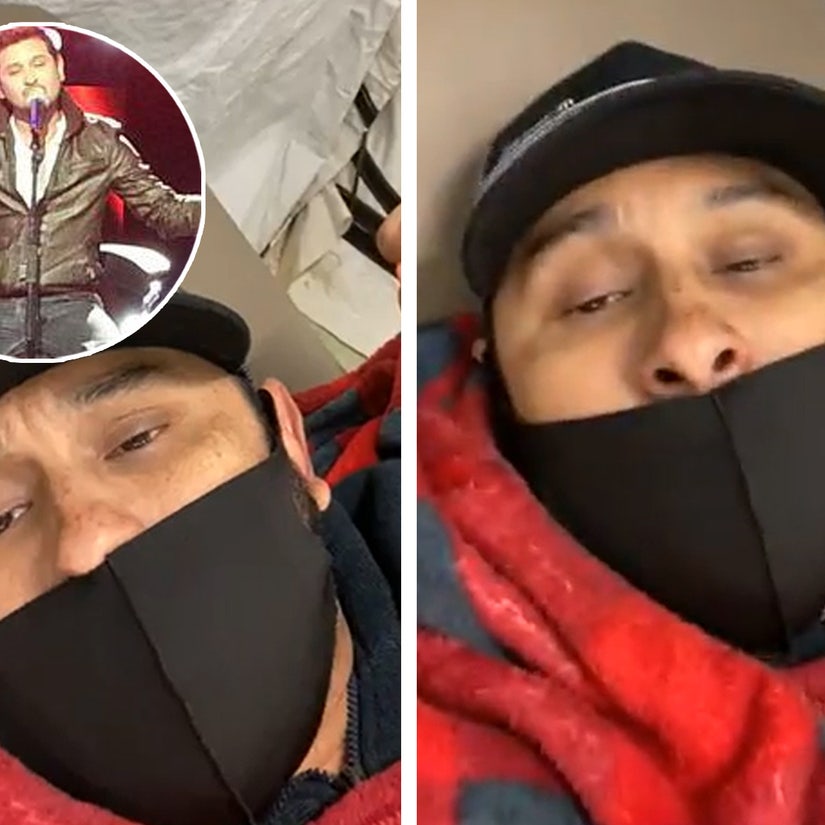 The 42-year-old died 48 hours after posting the video.

This is the final video posted by "The Voice Mexico" star Jerry Demara before he died in agony at a California hospital.

The 42-year-old shared a video to Facebook Live telling fans he had suffered an adverse reaction after self-administering vitamin injections into his buttocks.

The Latin Grammy-nominee was admitted to El Centro Regional Medical Center on Sunday suffering severe vomiting, delirium and blisters. But after complaining about poor treatment at the hospital, he transferred to Pioneers Memorial Hospital in Brawley, but died just 48 hours after making the video.

Visibly grimacing in pain and breathing heavily, the father-of-two explained in Spanish how something had gone wrong after giving himself the shots.

"I am in the hospital because I have a problem, in the buttocks," he winced. "By mistake, on three different days spaced apart, I injected vitamins in the same area."

"The day before yesterday was my last one... for six hours I've had a pain level of 12."

Vitamin injections, believed to give an energy boost, are popular among many celebs; Demara didn't explain why his had gone so wrong.

He went on to blast the hospital for the treatment he'd received, claiming he'd been ignored for more than an hour after arriving despite his visible pain, and that he couldn't even get a glass of water and was left parched.

"It's horrible, horrible... they are bad people here," he groaned. "They're useless."

"They told me I was inside the hospital but I'm actually outside in a tent. For six hours, you can see my face, I'm in pain."

"Right here they treat you the worst... the worst," he continued. I don't know what I can do... I already talked to the person in charge, she gave me her number and I talked to her twice, but now she won't answer her phone."

48 hours later, Demara was dead. Sources told TooFab he left El Centro because they couldn't help him; but in the end, neither could Pioneers.

His devastated wife posted a tribute on Facebook on Tuesday, writing: "Family and friends the love of my life is already enjoying the glory of God, thank you all for your prayers."

According to Billboard his death was due to Covid. However, the cause of death has yet to be confirmed. TooFab has reached out to both hospitals for comment.

Demara — real name Gerardo — rose to fame as a contestant on "The Voice Mexico" in 2012; he was nominated for Best Banda Album at the 2018 Latin Grammys for "Brindemos".