While the Saw series lost some cultural cachet after releasing nine films over 17 years, it’s remained a great party franchise for horror fans. Living and dying by Jigsaw’s gruesome traps, the overarching story has become increasingly convoluted in the…

While the Saw series lost some cultural cachet after releasing nine films over 17 years, it's remained a great party franchise for horror fans. Living and dying by Jigsaw's gruesome traps, the overarching story has become increasingly convoluted in the pursuit of keeping the elderly (and, midway through the series, dead!) antagonist's work alive.

Originally spearheaded by John Kramer (Tobin Bell), a serial killer named Jigsaw who tried to get his victims to appreciate their lives through murderous games that demanded sacrifice, the series soon swelled and grew complex. Kramer died in the third instalment, opening the door for a new Jigsaw, Mark Hoffman (Costas Mandylor), who never really took on the mantle correctly. Along the way family members, enemies, friends and protégés are introduced, creating a surprisingly dense Saw family tree.

Stylistically, there are many touchstones running through the series: The iconic 'Hello Zepp' theme music, which plays during the films' many twist endings; puppets; gory traps and frantic music video editing. 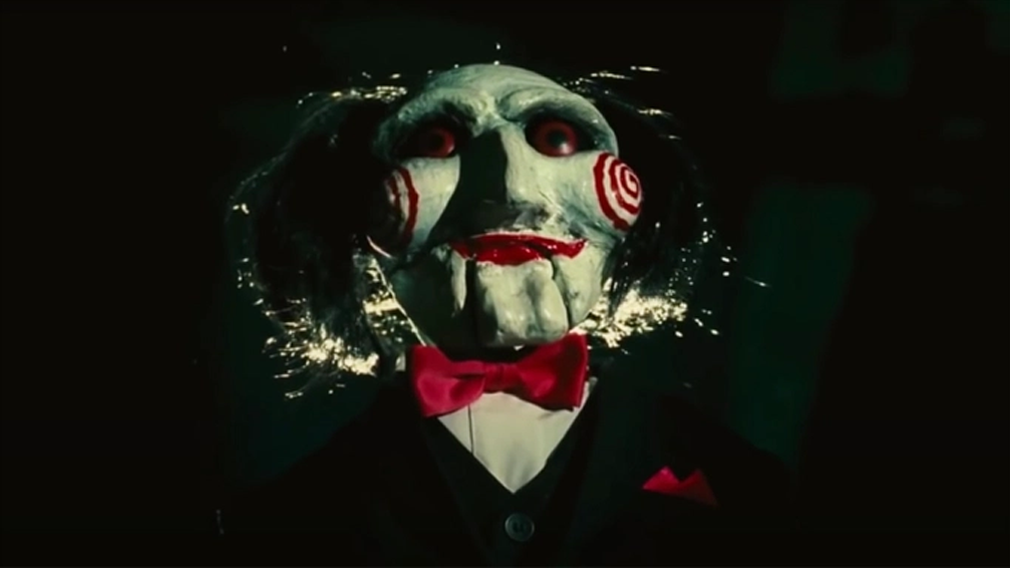 Never a critical favourite, the series' top-rated instalment on Rotten Tomatoes sits at 50% rotten, but has captivated genre fans enough to have rebirth after rebirth, thanks to some surprisingly boffo box office conjured up with a cheap budget.

Warning: spoilers abound for every film except Spiral. 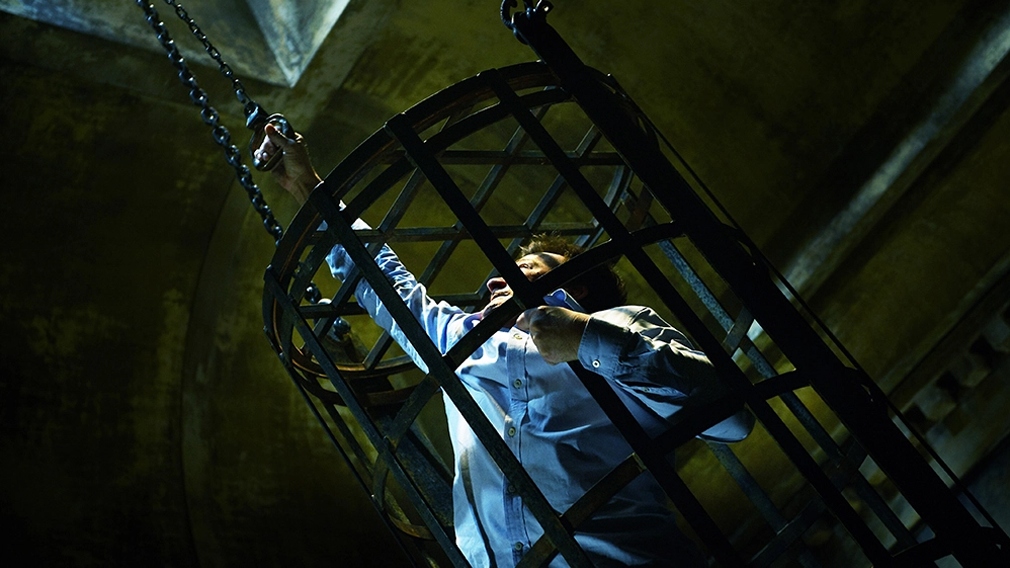 The last movie in the Hoffman saga, Saw 3D falls apart as a discount version of its predecessors, albeit with a few neat kills. The game involves a man who falsely claims that he escaped Jigsaw's traps, and is forced to pay for his arrogance in order to save his wife. Fan service comes with the return of Cary Elwes' Lawrence Gordon from the first chapter, who eventually traps Hoffman in the same chained-with-a-saw situation he faced. The rest of the film is tropey FBI cat and mouse punctuated by occasionally solid traps, including a wild, glue-filled garage setpiece, a wonderful opening featuring two men fighting over a woman in broad daylight, and an oven shaped like a cow. It's all wild and nonsensical, and feels more like a Syfy approximation of a Saw movie than the real thing.

READ:  Fun And Sickness In The Snow! The Hiltons Do Big Bear! | Perez Hilton And Family 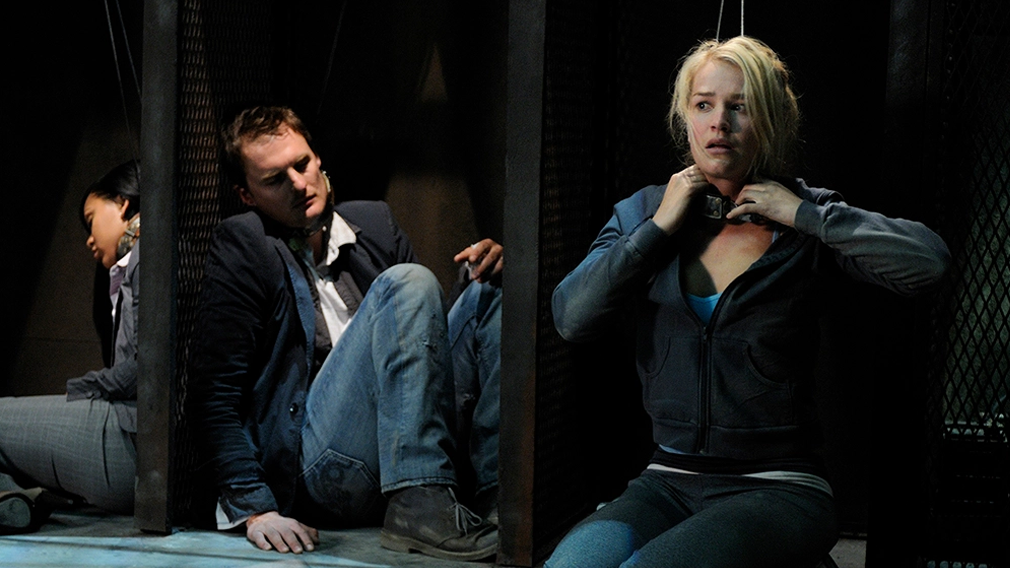 With more threads to tie together than an average soap opera, Saw V strays far from the franchise's origins, going deep into the psyche of new Hoffman as he's trying to hide his identity from the world, especially the resilient Agent Peter Strahm (Scott Patterson). While Mandylor is game to play a psychopath, his lack of charisma compared to Bell is palpable, especially as the audience starts cheering on Strahm to bring Hoffman to justice in order to end the movie. But there are some fun traps that liven up an otherwise dull affair, from a pendulum blade in the first scene which leads to an '80s style gore finish, to a final scene that smooshes Strahm as effectively as the Star Wars trash compactor. For completists only, this is best enjoyed as a YouTube supercut of the key traps. 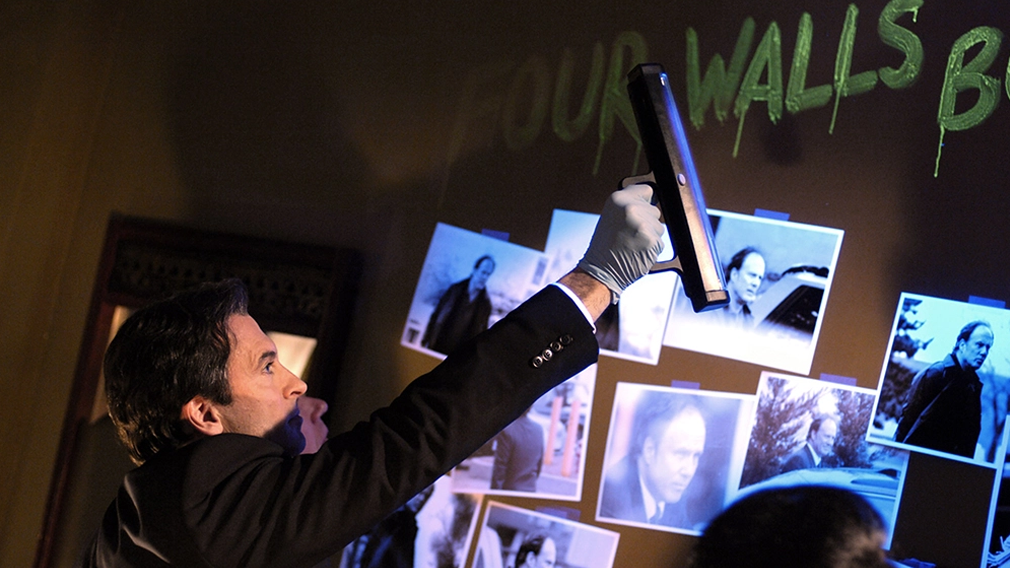 Timelines get complicated in Saw IV, as it's revealed that the key game takes place concurrently as Saw III, save for an intro and coda which show the coronation of Jigsaw's successor Hoffman. Unfortunately, the pacing and traps seem a bit sluggish in Bousman's third time behind the director's chair. The gears and bounds the endless victims try to escape start to blend into earlier escapades in the series, save for a scalping chair and a knife face device that are….exactly what they sound like. Lacking the sparks that make better instalments captivating, the fourth chapter is mostly effective in laying down the next batch of Jigsaw pieces for the rest of the series. 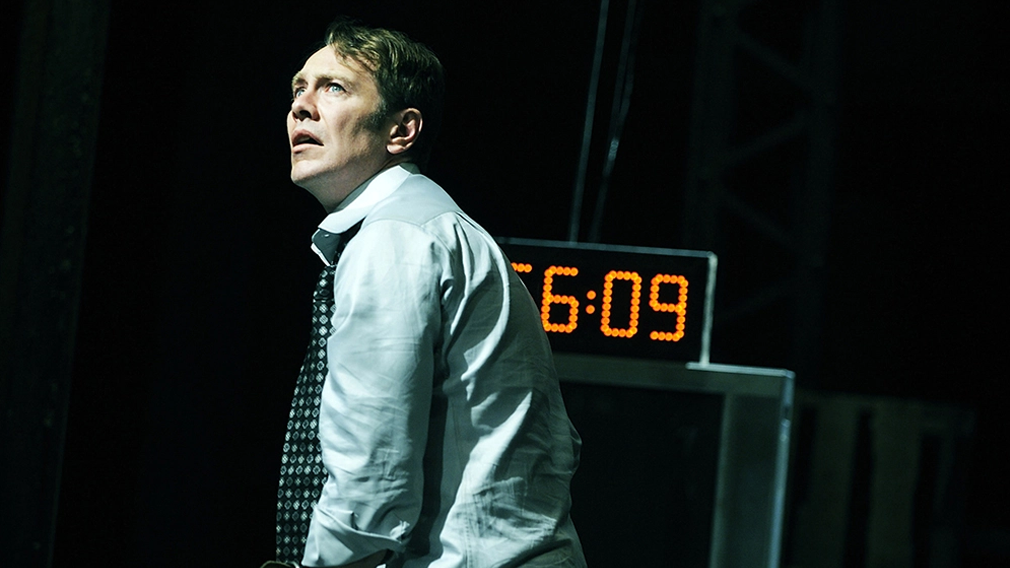 Still grisly as ever, Saw VI asked the perfect question: What if the people forced to play the game worked at a scummy insurance company and were torn apart at an abandoned zoo? With a fun setting and characters an audience could get behind killing, there's a showman's flair that was missing in the fourth and fifth instalments. Series editor Kevin Greuter directed this chapter, which perhaps gave it better pacing and overall vision than its lacklustre predecessors, and the traps are quite creative too. From the cruel funhouse gag of a deadly carousel to nifty situations involving oxygen, steam and acid, there's a sense of inventiveness which continues the pitch-black good times. With a satisfying end which has Hoffman facing a series favourite trap, Saw VI is a nasty little highlight. 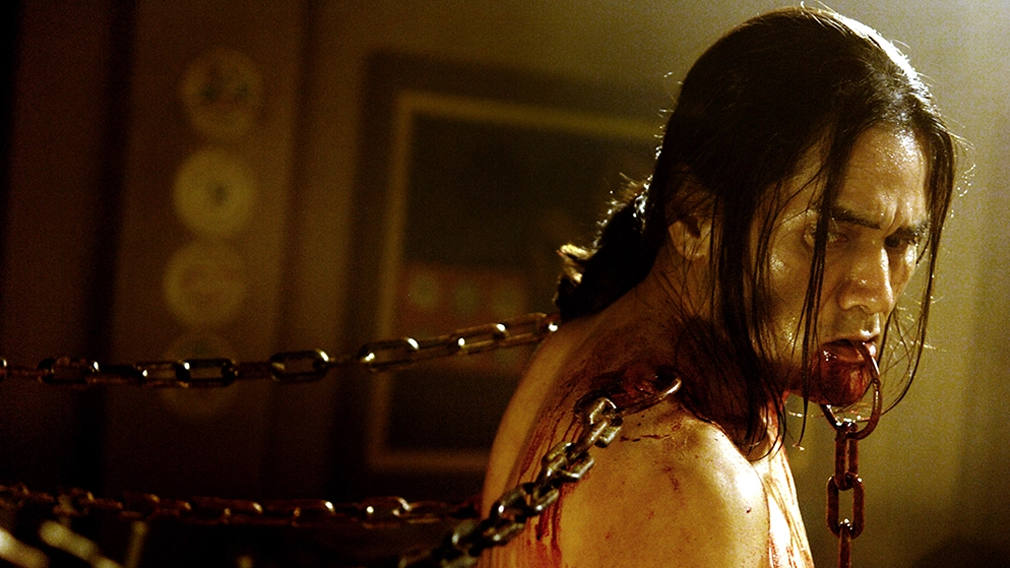 Saw III is the last instalment where the character arcs haven't become completely convoluted, but the seams are definitely bursting. Luckily, Bousman is behind the camera again and has become flashier with the games. From a legendarily gross ribcage-bursting contraption to a woman being frozen alive, a man drowning in pig guts, and tons of gore in between, the "oh s--t" moments are definitely elevated. Plotwise, Kramer is being kept alive by a doctor (Bahar Soomekh) who gets kidnapped by Shawnee Smith's Amanda, continuing her increasingly moustache-twirling villain turn as a Jigsaw disciple who, ironically, can't play by his rules. Concurrently, a desperate father (Angus Macfadyen) plays a deadly game to exorcise vengeance from his heart. Thinking too hard about all of the "lessons" taught or characters' connections and motivations might leave your brain as damaged as the Reverse Beartrap, so it's best to leisure in the grand guignol and not ask too many questions. 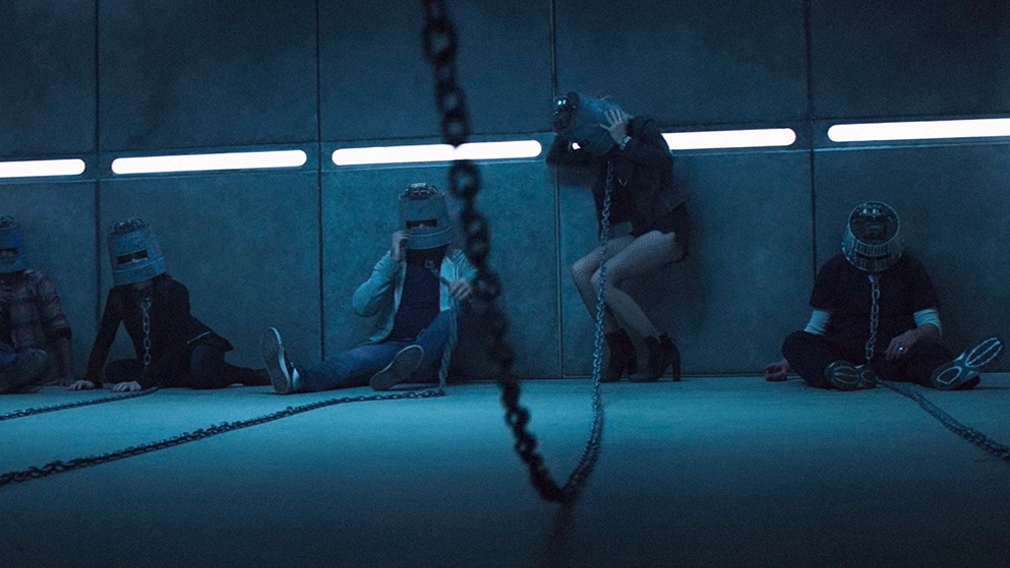 Jigsaw was billed as a soft reboot for the series, coming seven years after the previous instalment. Though the ending twist dabbled once again in the complex timeline, it was satisfying to see a (slightly) younger Kramer on his first adventure. Meanwhile, the barn setting was a nice change of pace for trapping the standard group of assholes, using farm equipment to take them out one by one. Directing duo The Spierig Brothers bring an ambitious energy and clean look to the franchise, from a genuinely claustrophobic set piece in a grain silo to more subtle touches, like a trailer-ready shot of a jogger running past a body that everyone can see but her. While the last few scenes are predictably sweaty in finding the motivation for a new Jigsaw copycat, the final shot is a disgusting delight, as a detective's head is cut apart by lasers before a smash cut to credits. It's equal parts gross and entertaining, which scratches the base desires of any Saw movie. 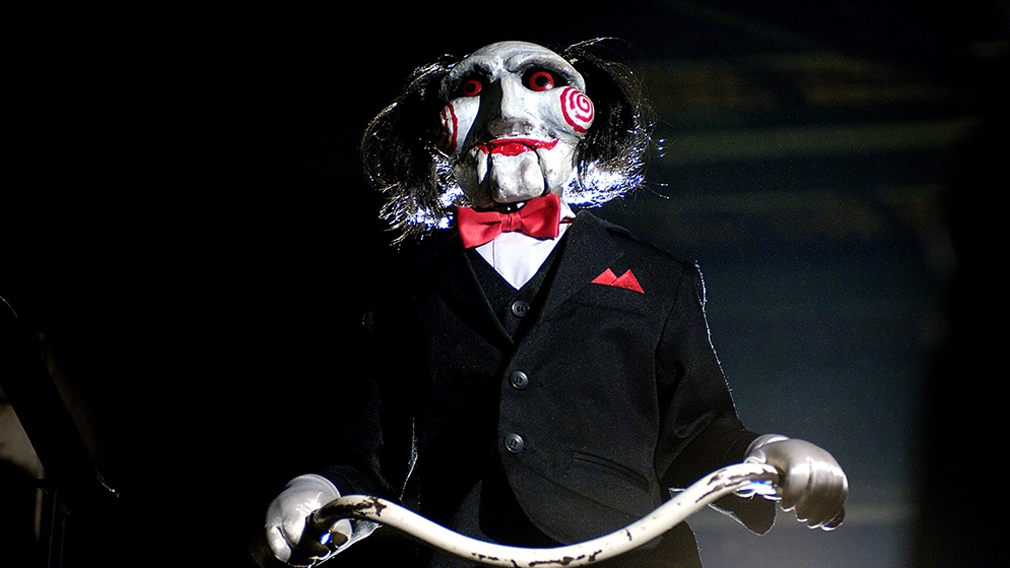 Bousman was a scrappy 25-year-old with very little filmmaking experience when his script called The Desperate caught the attention of Lionsgate Film execs and was converted into a Saw sequel. Once the first film was a hit, Bousman was quickly signed onto direct the sequel, which brought a group of morally dubious assholes together to play the victims of Jigsaw's games. True to a sequel, everything is bigger: the number of people trapped, the Rube Goldberg-esque torture devices, the blood, the to-the-rafters acting. For a series that frequently wades into self-seriousness, there is a dark playfulness to some of the set pieces, from a sudden gun-in-the-peephole moment to an arrogant player getting cremated alive. But the chef's kiss, which surely greenlit another sequel, was a cringe-inducing dirty needle pit that series standout Amanda (Smith) has to roll around and dig through. It's only a few minutes of screen time, but sticks long after the credits roll. Add some nice last-minute twists and an engaging performance by Donnie Wahlberg as a detective who has to shoot the s--t with Kramer or his kid will die, and a franchise standout is born. 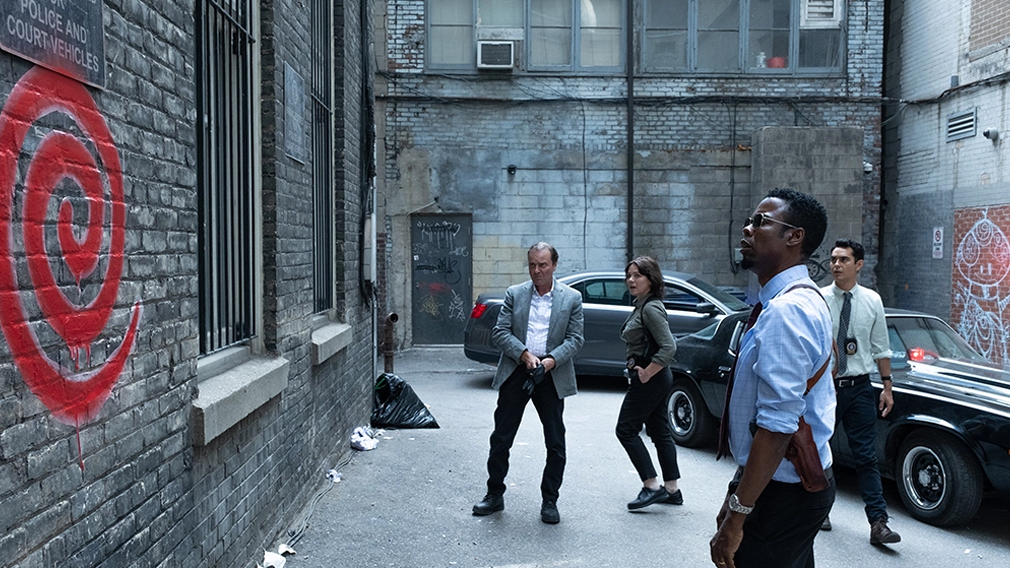 In an only-in-Hollywood story, Chris Rock says he met the head of Lionsgate at a wedding, pitched his own Saw movie, and out of that chance encounter, Spiral was born. Starting a new mythology branching away from the Jigsaw murders, there are plenty of games and gore, but with some new twists (the puppet is a pig this time! the scary voice is pitched differently!) which keep things fresh. But ultimately strong acting elevates the affair, with Rock's troubled detective taking centre stage alongside a roster of supporting characters played by Max Minghella, Marisol Nichols and Samuel L. Jackson. Rock brings some levity and humour to his role — easily the most fleshed-out of the series outside of John Kramer himself. Bousman returns to helm the affair, drenching shots in golds, greens, reds and blues and adding more texture and depth for his fourth instalment. Despite these updates, there are still down-and-dirty traps, with highlights including opening scene tongue trauma and another featuring slowly detached fingers. Ultimately, Spiral is a great place for newbies to jump on the franchise train that will satisfy gorehounds as well. 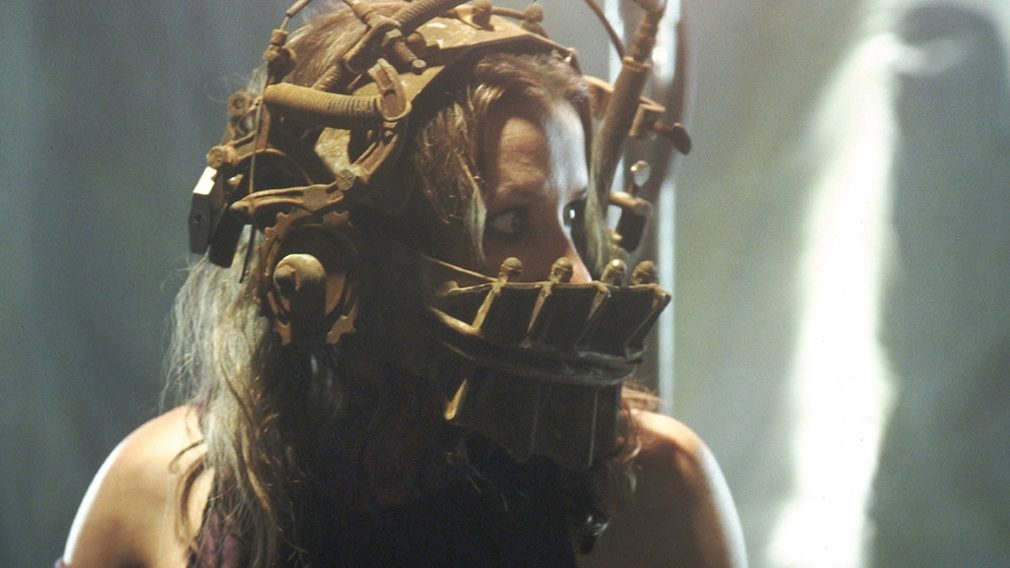 A stylish, no-budget mystery that rocked Sundance, the first Saw is so much more original than the "torture porn" label that was saddled on it. Ambitious young Aussies James Wan and Leigh Whannell developed the deceptively simple idea together: what if two men woke up shackled in a room, had no idea how they got there but had to plot their way out? Wan directed and Whannell penned the screenplay and played a key role, also wrangling two '80s heavyweights (Elwes and Danny Glover) to lead the cast. Wild word of mouth, fueled by a perfect trailer moment from Elwes ("He doesn't want us to cut through our chains…he wants us to cut through our feet"), promised an audacious night at the movies. A wild last-minute twist (Jigsaw was alive on the floor the whole time!) also left audiences flabbergasted. The film is so economically shot, with great scares and squirmy gore, that it's no surprise it ended up a franchise that haunted theatres each Halloween for years to come.