One of the most intriguing bits of lore revealed in The Mandalorian is the ongoing conflict between Mandalorians and Jedi. Although it’s very clear that the hate between the factions goes back generations, the actual cause of that conflict hasn’t real… 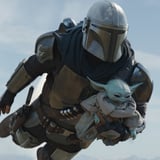 One of the most intriguing bits of lore revealed in The Mandalorian is the ongoing conflict between Mandalorians and Jedi. Although it's very clear that the hate between the factions goes back generations, the actual cause of that conflict hasn't really been explored. Do we really know why they hate each other? Not exactly, but there have been a few hints along the way.

As far back as the first season, it's made clear that there's a nasty history between Jedi and Mandalorians. Upon meeting Grogu, the Armorer tells Din Djarin, "The songs of eons past tell of battles between Mandalore the Great and an order of sorcerers called Jedi that fought with such powers . . . [their] kind were enemies." The exact nature of these conflicts hasn't been discussed much on screen; instead, it's pieced together from several different references between The Mandalorian, the Star Wars Rebels animated series, and official bonus features such as Star Wars books and encyclopedias. The gist of it? Neither side understood the other's abilities, and as a result, they fought - a lot.

There are some moments, however, where they've been able to coexist. Rebels introduced the Darksaber, a black-bladed lightsaber that was created by Tarre Vizsla, the first Mandalorian to become a Jedi. The weapon has been held by both non-Jedi Mandalorians (such as Sabine Wren and Bo-Katan Kryze) and non-Mandalorian Sith (Darth Maul). Currently, it's a plot point on The Mandalorian, with Mandalorian leader Bo-Katan looking for it to reclaim the Mandalorian legacy and Imperial loyalist Grand Moff Gideon currently in possession of it, with some murky but nefarious intentions revolving around use of the Force.

READ:  Spring TV Preview 2021: Which New Shows to Look Out For

The Star Wars wiki Wookieepedia assembles the bits and pieces shared in bonus features and official books to put together a narrative of the wars between Mandalorians and Jedi. Ultimately, the final battle of the war - years before the main Star Wars timeline, even the prequels - left Mandalore completely destroyed. In the years and decades following, Mandalore continued to hold an intense grudge against the Jedi that apparently persists to the present day of The Mandalorian. The show has offered hope that there might be some cracks in the long-standing mutual hatred, though, with Din Djarin teaming up with the Jedi Ahsoka Tano and, of course, taking on a paternal role for the would-be Jedi Grogu. Only time will tell if this piece of Star Wars politics will continue!