“The character Chase definitely has a lot of Case in him.”

It’s fate that Case Walker’s name sounds so familiar to his character, ChaseDreams, in HBO Max’s The Other Two. “That was a coincidence. I walk in and I go, ‘I’m Case, and I’m reading for Chase!’” Walker, 18, tells StyleCaster. “And they’re like, ‘Legit?’ And I’m like, ‘Yup. My name’s Case!’”

In The Other Two—which premiered its second season on August 26—Walker plays Chase Dubek (a.k.a. ChaseDreams), a teen pop sensation who’s declared as the “Next Big White Kid” in music after his homemade music video, “I Wanna Marry U at Recess,” went viral on YouTube. For Walker, who was discovered for The Other Two on Musical.ly, where he had hundreds of thousands of followers before the app merged with TikTok, ChaseDreams is more than a fictional character.

“Chase lives this abnormal life. He blew up on social media by singing, which is exactly what I did,” he says. “Being a kid in the industry, I can totally relate to that. It’s a weird world. You have to stay grounded. Chase stays genuine. At the beginning, it was very parallel. The character Chase definitely has a lot of Case in him.”

Since the premiere of The Other Two, fans have compared Chase to pop stars like Justin Bieber. Though Walker admits that some parts of Chase are inspired by Bieber, he explains that most of the character is based on his real life. “I based Chase, yes, a little bit on Justin Bieber. I basically took [Chase’s] given circumstances, like where he’s from and his family and his dream, and applied a lot of my life to that, and you end up getting this genuine singer who’s just excited about life. That’s who Chase is,” he says.

Ahead Walker talked to StyleCaster about his favorite song from The Other Two, his dream to release his own music and the quote from his audition that was written into the show. 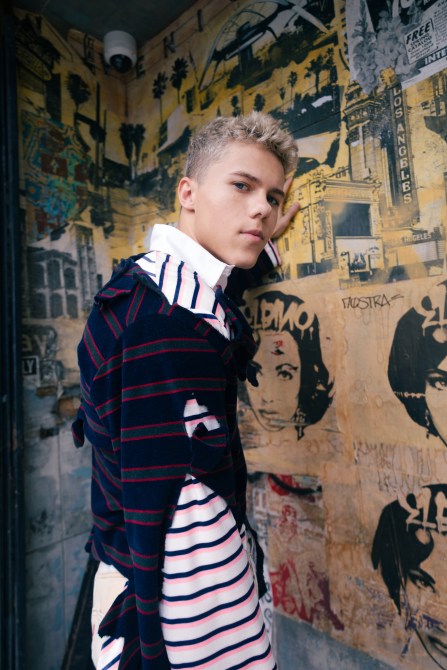 On his favorite ChaseDreams song

On whether he plans to release his own music

“I don’t have any set plans. It’s just a personal, enjoyable hobby for me. I’d like to release music at some point. I just don’t know when.  I’m a storyteller, so I end up writing a lot of emotional, pop, Ed Sheeran-type stuff. My music definitely ends up sounding like Ed Sheeran, especially when I write on the guitar. But it’s all over the place. I love it all.”

On why he decided to keep Chase’s blonde hair

“Originally, when I dyed my hair blonde, Chris Kelly, who is one of the main writers of the show, was like, ‘I’m so sorry you have to dye your hair.’ Because I had to dye it every two weeks. I was like, ‘No, Chris, it’s OK. It’s for the show. I don’t think I’d ever do it outside of the show.’ Here I am. My hair is platinum. I went back to platinum after we finished the show. It was 50 percent for press and 50 percent because I like it. I told Chris I would never go blonde after the show, and here I am, blonde after the show.” 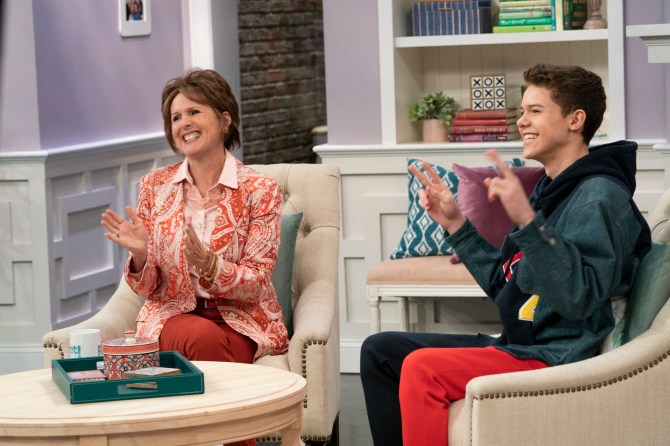 On how season 2 is different than season 1

“There are a lot of similarities, but the difference is we get to see a lot of different sides to these characters. Chase, especially, we see a dramatic change from him growing up. Toward the end of the season, as we get closer to the finale, we will see sides of Chase that you’ve never seen before, and it’s really exciting.”

The Other Two is available to stream on HBO Max.

Watch 'The Other Two' $9.99+
READ:  This Smoothing Liquid Primer May ‘Turn Back the Clock’ on Aging Skin
Buy Now