At the end of 2019, Australian-born artist The Kid LAROI was just another teenager trying to make it in America’s rap game. But a little over a year later, the 17-year-old LAROI is among today’s top hitmakers, with collaborations alongside megastars li…

At the end of 2019, Australian-born artist The Kid LAROI was just another teenager trying to make it in America's rap game. But a little over a year later, the 17-year-old LAROI is among today's top hitmakers, with collaborations alongside megastars like Juice WRLD, Justin Bieber — and as of today, Miley Cyrus.

Cyrus has hopped on a remix of LAROI's breakthrough song, 'Without You,' an emotive ballad hinging on the age-old adage: "You can't make a wife out of a ho." The two are set to perform the track on Saturday Night Live on May 8, marking LAROI's first time on the Studio 8H stage. Though it may seem like a surprising collaboration at first, LAROI and Cyrus' voices — each with their own signature croon — blend together seamlessly, and Cyrus' contribution brings a new maturity to the track. "Feels like sleeping with a ghost / I called you up to let you know / I really wish that we could've got this right," Cyrus belts over the song's laid-back acoustic guitar. 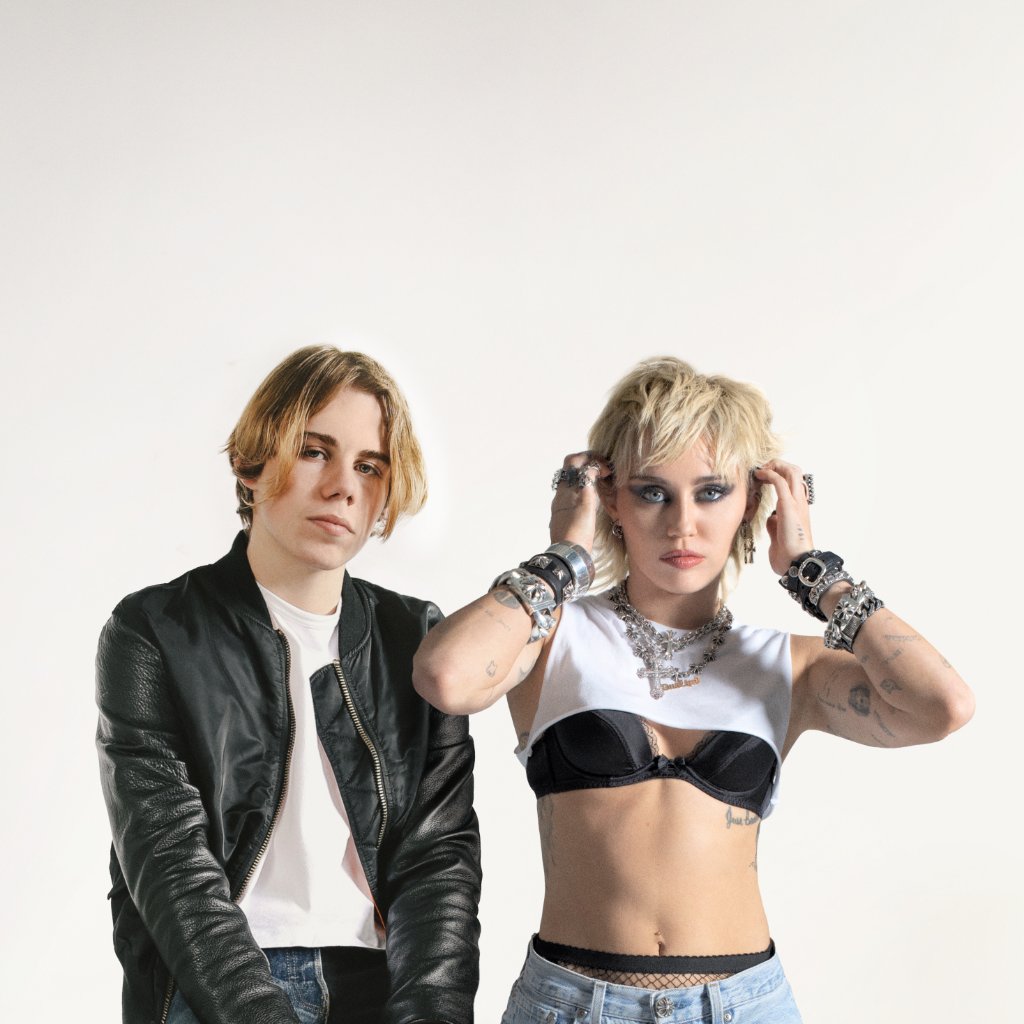 In fact, it was guitarist and 'Without You' co-writer and producer Omer Fedi who brought the two together for the collaboration, LAROI tells Variety.

"We met through Omer because we'd been working together, and we talked about maybe doing a remix of 'Without You,'" LAROI says. "Omer came to me and was like, 'Hey, would you want Miley to do the remix?' And I was like, 'Yeah, that would be dope.' So we just linked up, met in the studio, she cut the record and then we went and hung out and had a little party. She's cool as f--k. I remember when my cousins used to force me to watch Hannah Montana, so collaborating with her was pretty cool."

But by this point, hanging out with music's biggest stars is just another day for LAROI, whose raspy, punk-tinged vocals make it easy for him to blend in — but also stand out — on a variety of tracks. As a result, he's scored an impressive number of collaborations this year, including with Marshmello, Machine Gun Kelly, and a song on Bieber's newest album, Justice. 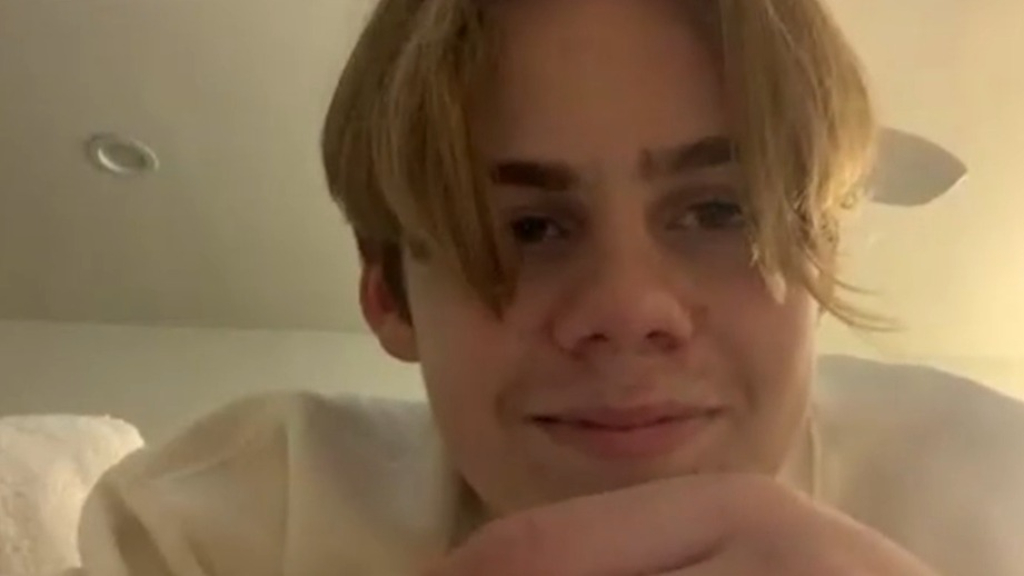 For LAROI, featuring on 'Unstable' was a dream come true. True to many of LAROI's songs — and as of late, a lot of Bieber's — 'Unstable' deals with the topic of mental health, specifically struggling with anxiety within a relationship. In a softer tone than normal, LAROI laments: "White knuckles tryna hold my sanity/ Not every wound is the kind that bleeds/ Never know when my mind's gonna turn on me/ But you're the one I call for security."

READ:  DIY Bleaching Products to Go Lighter At Home Without Damaging Your Hair

LAROI calls himself a longtime Bieber fan, even crediting Bieber's 2011 doc Never Say Never as one of his inspirations for starting a music career.

"I remember when I was seven years old and my older cousin took me to go watch the Never Say Never documentary with her when it came out in the movie theatre," LAROI says. "I didn't really know a lot about Justin Bieber, I was like seven years old, but I remember after watching that movie I was like, 'Yo, this is the coolest kid in the f---ing world.'"

Has Bieber lived up to LAROI's expectations? Absolutely, he says. Their collaboration started as many relationships do nowadays — Bieber slid into LAROI's DMs.

"He DMed me and he said, 'You got the sauce.' I responded like, 'Thank you, I'm a big fan.' He just liked my message and that was it for a month or two," LAROI says."Then he just hit me up like, 'Hey I think I have a song for us to do.' He sent me his number and I texted him while I was in the shower. I remember being like, 'Oh f--k, I hope he doesn't Facetime me or anything while I'm in the shower.' He did."

The two became fast friends, and have a tradition of playing basketball together every Sunday. "It's crazy, that's my boy now," LAROI says with a chuckle.

In more ways than one, LAROI's rapid rise to success at such a young age mirrors that of Bieber. Born Charlton Howard in Sydney, Australia, LAROI started out writing his own raps in notebooks and uploading freestyle videos on social media. After becoming a finalist on Triple J's Unearthed competition in 2018 at age 15, LAROI caught the eye of Lil Bibby, a Chicago-based rapper who started his own label, Grade A Productions, and famously signed the late Juice WRLD in 2017. After hearing LAROI's track 'Blessings' from his first EP 14 With a Dream, Bibby locked in LAROI to open for Juice WRLD during his Australian tours in 2018 and 2019. During those tours, LAROI and Juice WRLD forged a strong bond, with LAROI referring to him as a mentor.

READ:  More Please: This Enchanting Cover of Billie Eilish's "Your Power" Lives in My Head Rent-Free

"First and foremost, he was just a really good dude," LAROI says of Juice WRLD. "In the short time that we knew each other, he gave me a lot of the game on the industry and how some stuff works that I still keep in mind today."

Juice WRLD tragically died in December 2019 after an accidental overdose at only 21. LAROI paid tribute to him on his July 2020 debut mixtape, F*CK LOVE, by posthumously releasing their collaboration, 'Go.' The track reached No. 22 on Billboard's R&B and hip-hop chart, and an emotional music video featuring behind-the-scenes footage of LAROI and Juice WRLD has over 47 million views. Though the song focuses on romantic love, its lyrics take on a new meaning in the wake of Juice's passing: "Don't leave me 'lone, 'lone, 'lone/ I guess I'm accident prone, prone, prone." 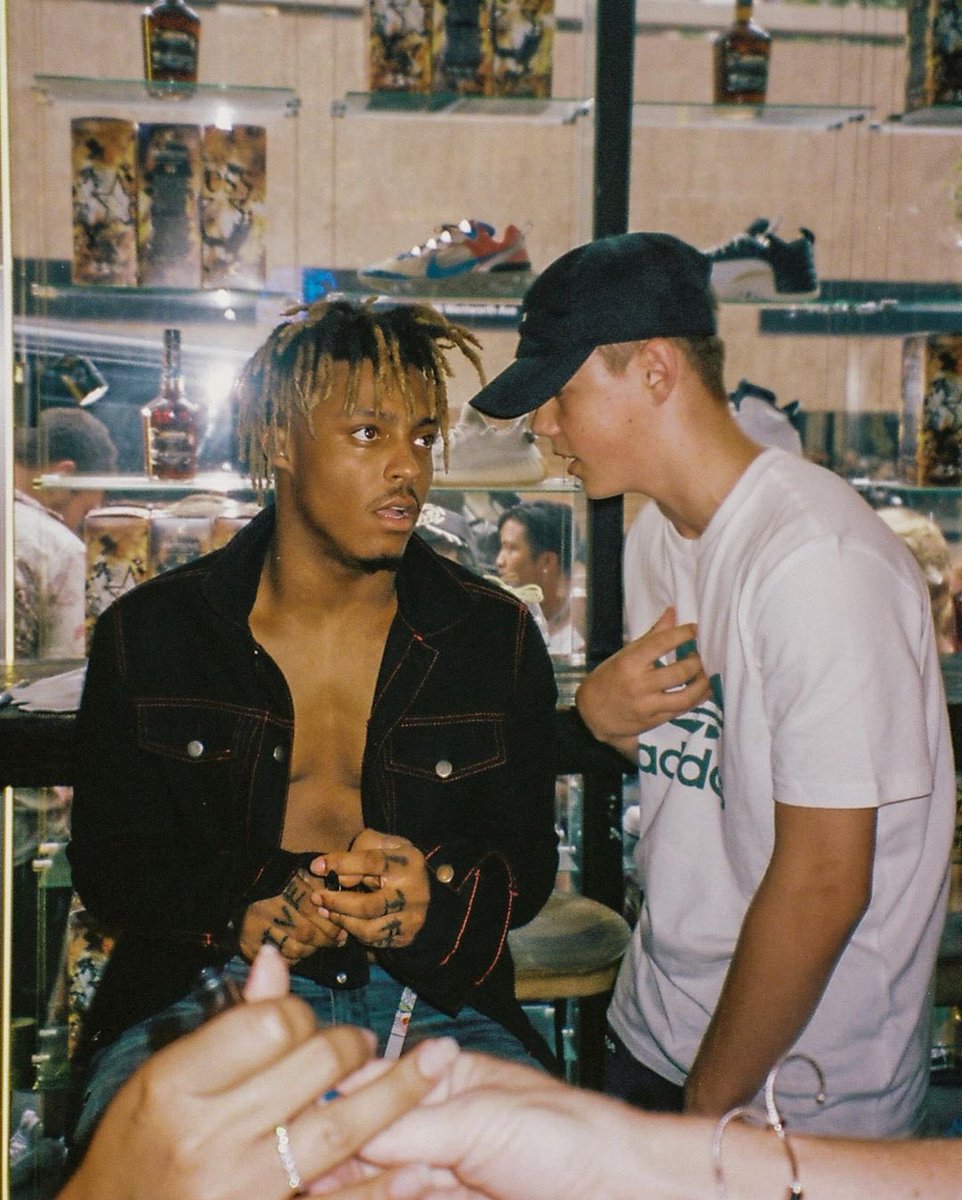 Being such a young player in an industry ripe with addiction, LAROI does what he can to keep himself grounded. The biggest help, he says, has been having his mother and younger brother living with him in L.A., and the advice of those who have been there, done that.

"You know what's funny, every big celebrity I meet, they always tell me: 'Hey man, don't do cocaine.' Every single one of them," LAROI says in a tone that toes the line between joking and serious. "I'm like, 'Okay, I'm going to take your word for it.'"

With much of his music dealing with topics like love and mental health, LAROI says he finds the most songwriting inspiration in "just regular life s--t."

"My biggest thing is like, you have to go through regular s--t for regular people to relate, you know what I'm saying?" LAROI says. "A lot of my biggest songs are just some real s--t that I feel like a lot of people relate to."

Growing up in Australia, LAROI says he didn't have a ton of access to education concerning mental health, making him feel isolated in his emotions. He puts his mental health journey into his lyrics to help others who may be in the same situation. As LAROI sings on "I Wish," one of the more vulnerable tracks on his debut mixtape: "Every night I saw it, skeletons in my closet/ Still got all these problems, I thought money would solve 'em/ Blood all on the walls and, teardrops down, they falling."

"I was kind of taught that depression and anxiety isn't real and it doesn't exist. I have felt this way for such a long time and I never knew what it was, so I didn't think that that s--t really existed," LAROI says. "I feel like some of my favourite artists back then were the people that were talking about that stuff because I could relate to it. So I want to be able to help people out the same way that some of my favourite artists helped me out."

READ MORE: Justin Bieber is being accused of cultural appropriation over his hair again

Those favourite artists were Kanye West and Drake, LAROI says. But, though he has been raised in rap, don't expect LAROI to stick to one genre for the rest of his career. To him, they don't exist.

"My music, if it had a genre, it would be called raw emotion because that's all it is," LAROI says. "I don't go in and have specific sonics that I need to do, just whatever I think is dope or whatever helps bring how I'm feeling at that time out. So genre to me, I don't think about that s--t. That doesn't really mean s--t to me."