These women are seriously decorated.

Since the first Grammys in 1959, there have been hundreds of artists nominated. Still, female Grammy winners and women with the most Grammys are underrepresented when it comes to the total number of Grammy winners. Of the 14 artists with the most awards in Grammys history, only two of those are women. (And yes, one of those women is Beyoncé.)

For many of us, this news isn’t a surprise. Women have been underrepresented and discriminated against in the music industry since the start in Hollywood. In 2018, the Grammys went viral with the hashtag #GrammySoMale after Alessia Cara was the only woman to be presented an award at the televised ceremony. The controversy became worse when Recording Academy President Neil Portnow told Variety that women need to “step up” to have as many awards as men.

“It has to begin with… women who have the creativity in their hearts and souls, who want to be musicians, who want to be engineers, producers, and want to be part of the industry on the executive level… [They need] to step up because I think they would be welcome,” he said. “I don’t have personal experience of those kinds of brick walls that you face but I think it’s upon us—us as an industry—to make the welcome mat very obvious, breeding opportunities for all people who want to be creative and paying it forward and creating that next generation of artists.”

Many fans and female artists slammed Portnow for his comments. Pink, who has won three Grammys, blasted Portnow on Twitter, writing, “Women in music don’t need to ‘step up’. Women have been stepping up since the beginning of time. Stepping up, and also stepping aside. When we celebrate and honor the talent and accomplishments of women, and how much women step up every year, against all odds, we show the next generation of women and girls and boys and men what it means to be equal.”

Sheryl Crow, who is one of the most decorated women in Grammys history, responded, “I wish the Grammys would return to female/male categories. Who will young girls be inspired by to pick up a guitar and rock, when most every category is filled with men? I’m not sure it is about women needing to ‘step up’, (as said by the male in charge).”

Understandably, there needs to be a change in the Recording Academy. Women dominate the charts. Ahead are the female artists with the most awards in Grammys history. 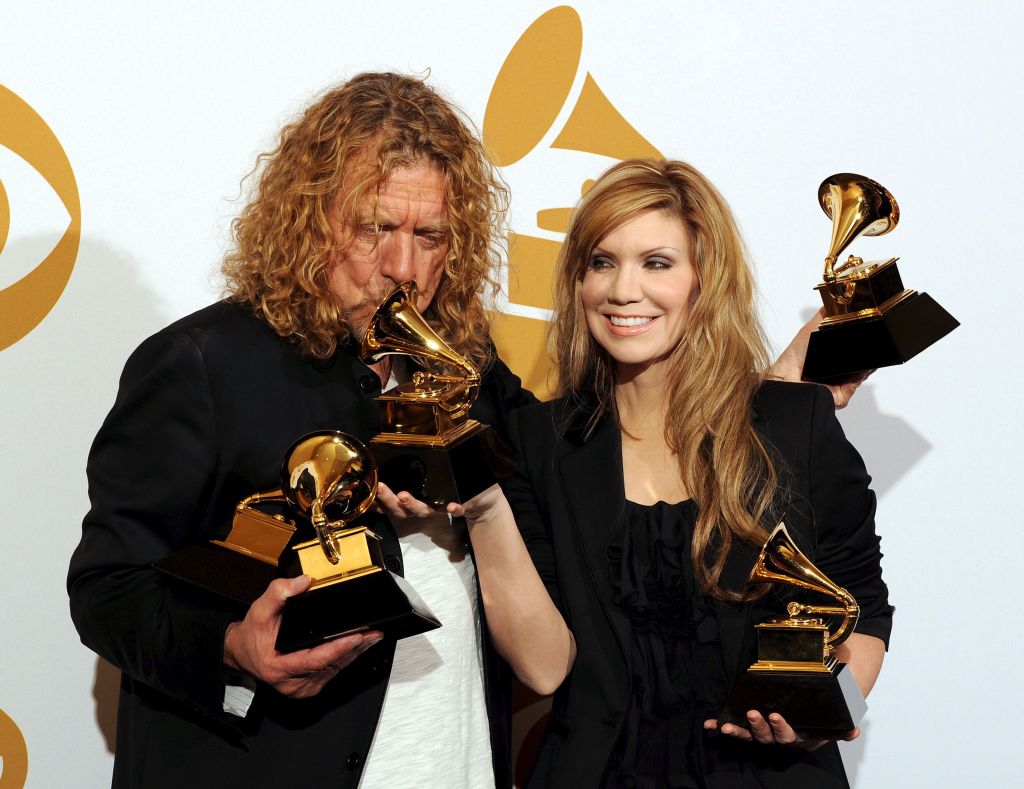 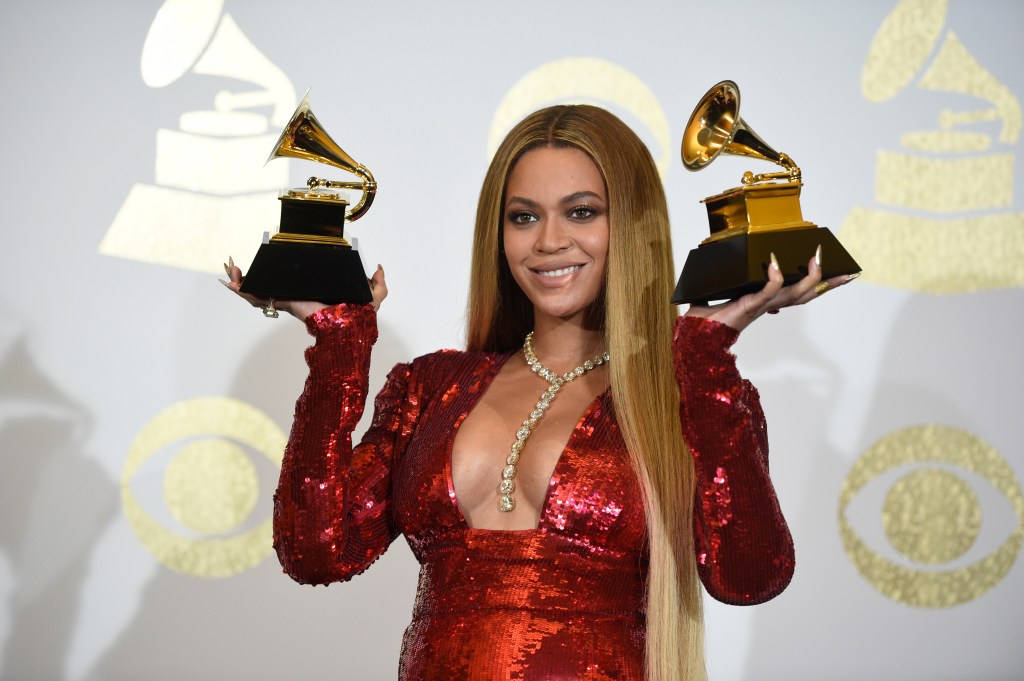 Queen Bey is the eighth most awarded person in Grammys history with 26 awards. She also has more Grammys than her husband, Jay-Z. She received her first Grammy with Destiny’s Child in 2001. The girl group won two Grammys that year for Best R&B Performance by a Duo or Group with Vocal and Best R&B Song for “Say My Name.” Her first Grammy as a solo artist came in 2004, where she won five awards for her album Dangerously in Love and songs like “Crazy in Love” featuring her husband. One of her most recent Grammys came in 2019 for Best Urban Contemporary Album for her dual album with Jay-Z, Everything Is Love. 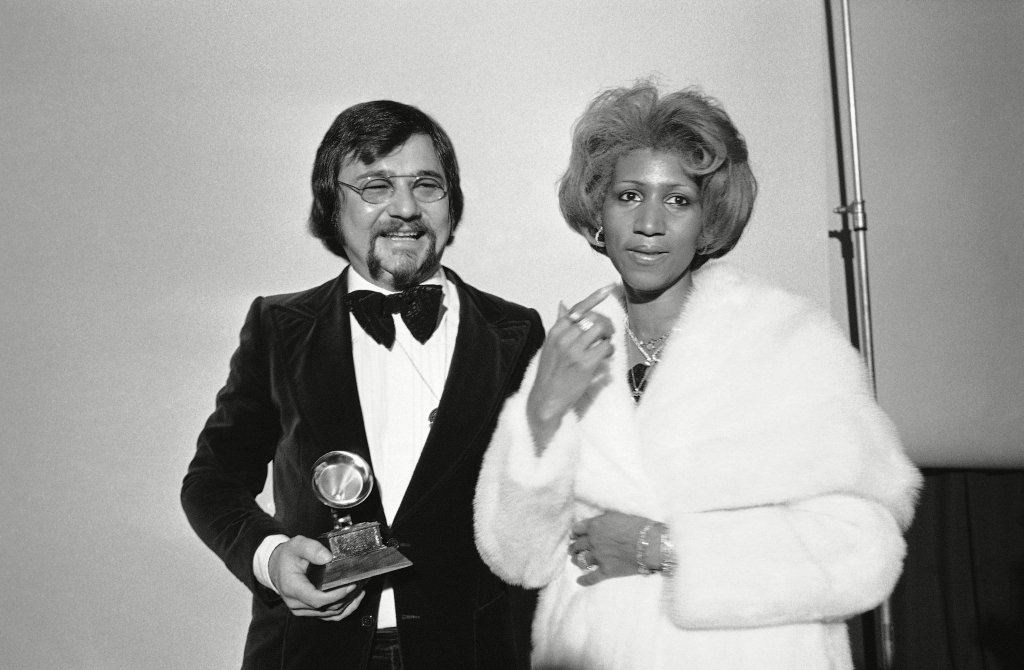 Franklin has been nominated at the Grammys 44 times and won 18 awards. Her first Grammy was 1968 for her song “Respect,” which earned her two awards that year. One of her most recent Grammys was 2008 for Best Gospel Performance for “Never Gonna Break My Faith” with Mary J. Blige. 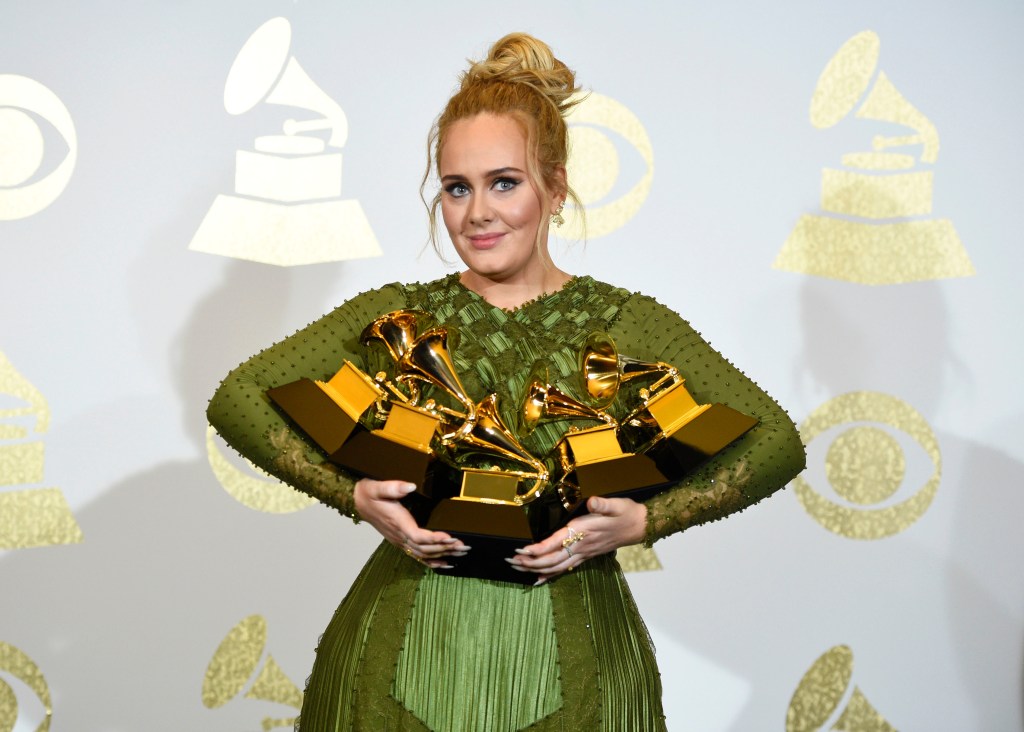 Adele has a total of 15 Grammys and is tied as fourth most decorated woman in Grammys history. Her first award was for Best New Artist in 2009, as well as Best Female Pop Vocal Performance for “Chasing Pavements.” One of her most recent accolades was in 2017, where she took home five awards for her album 25 and song “Hello. 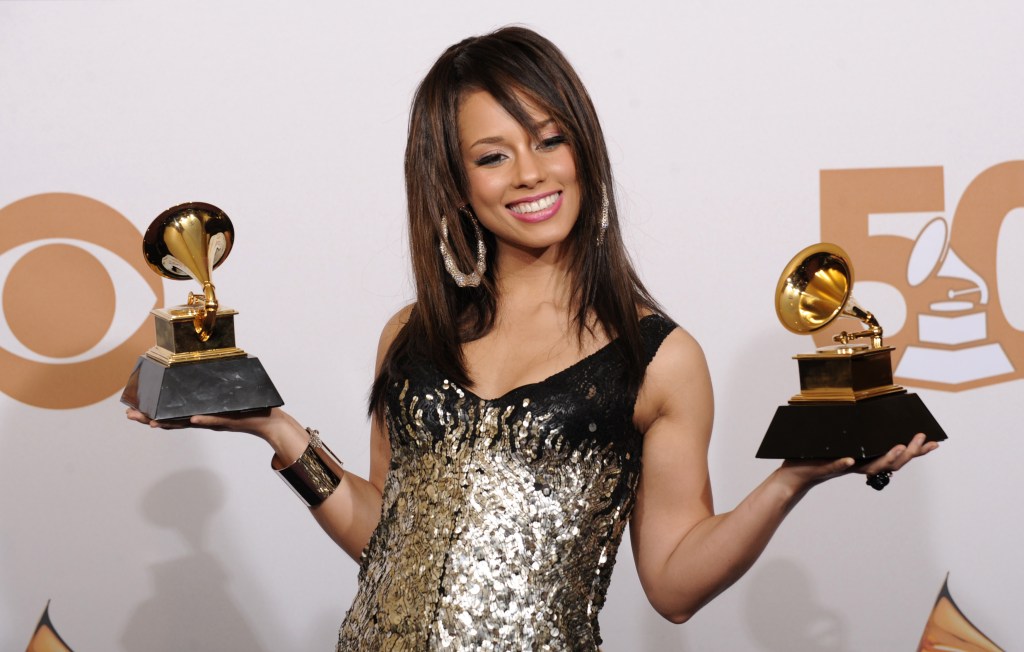 Keys’ first Grammy came in 2002 for Best New Artist. That year, she also won four more songs for her album Songs in a Minor and her song “Fallin'” One of her most recent Grammys was in 2014 for Best R&B Album for Girl on Fire. 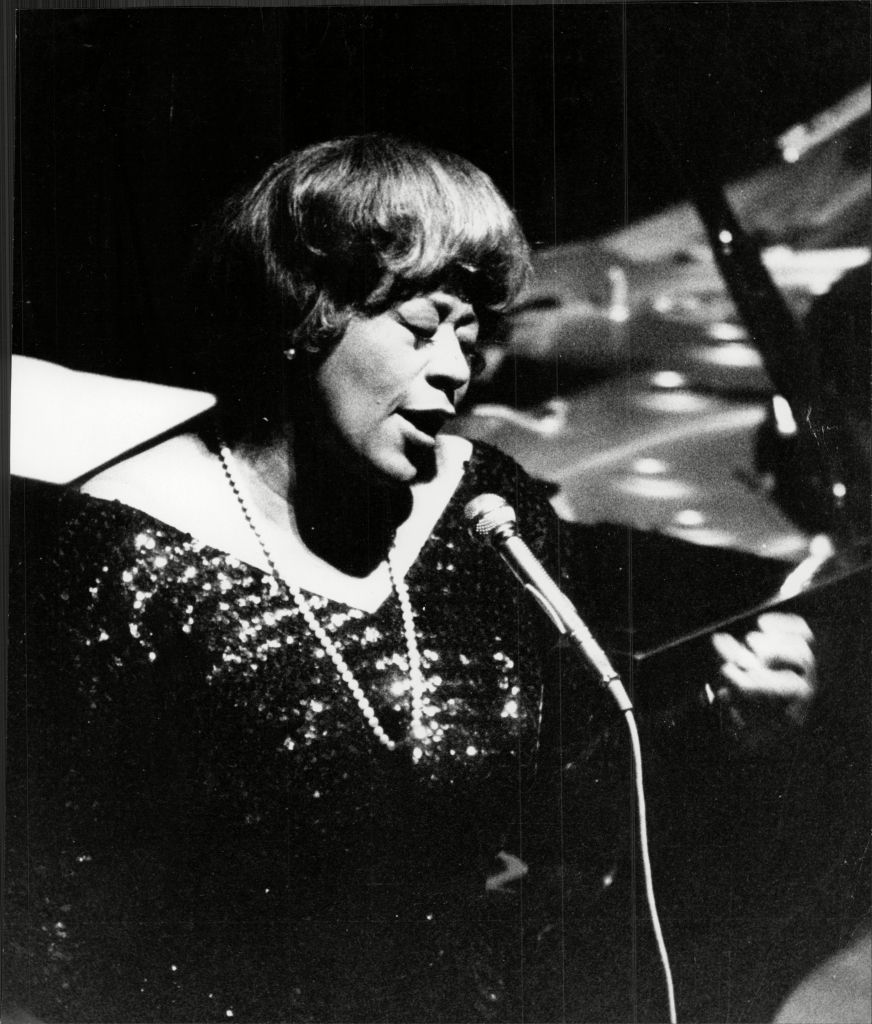 Fitzgerald won her first Grammy in 1959 for Best Jazz Performance by a Soloist and Best Female Pop Vocal Performance. One of her most recent Grammys was 1996 for Best Historical Album for The Complete Ella Fitzgerald Songbooks. She also received a Lifetime Achievement accolade at the Grammys in 1967. 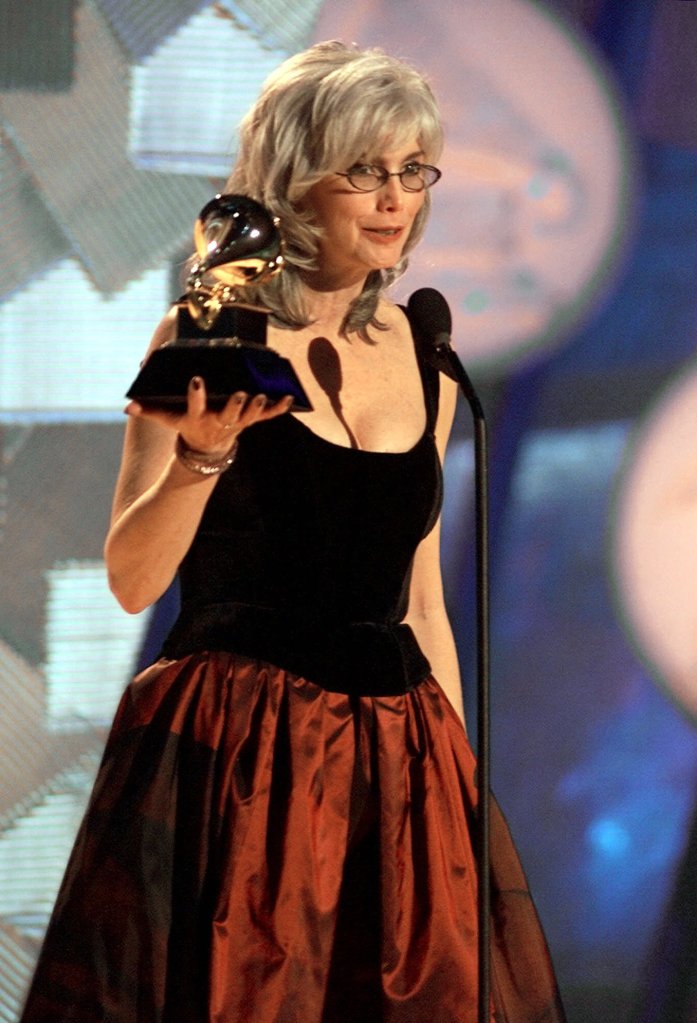 Harris, a country singer, won her first Grammy in 1977 for Best Female Country Vocal Performance for her album Elite Hotel. One of her most recent awards came in 2014 for Best Americana Album for Old Yellow Moon. She also received a Lifetime Achievement Award in 2018. 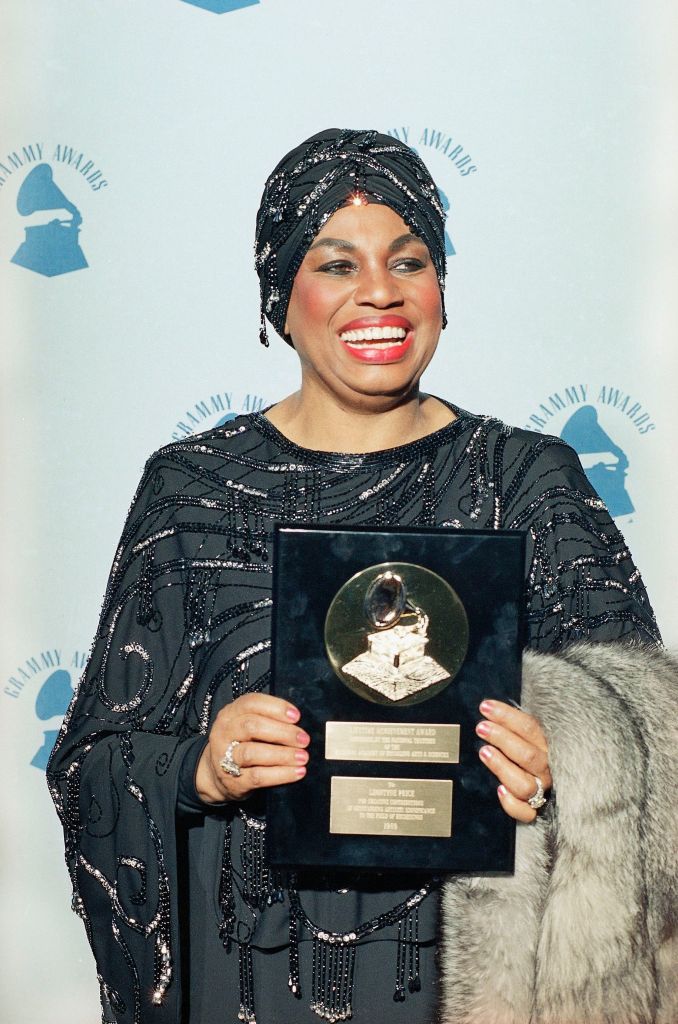 Price is an opera singer who has won 13 Grammys. Her first was in 1961 for Best New Artist followed and Best Classical Vocal Solo. One of her most recent was a Lifetime Achievement Award in 1989.

READ:  Derick Dillard Supports #CancelTheDuggars Movement As He Speaks Out Against Jill's Family 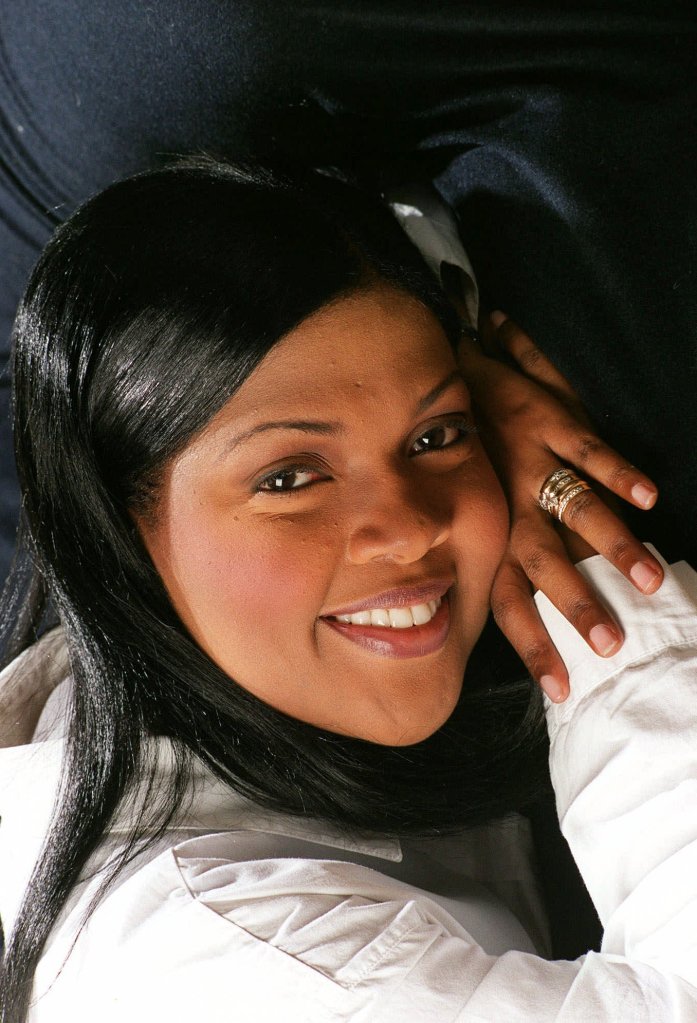 Winans is a gospel singer who has won 12 Grammys. Her first was in 1988 for Best Soul Gospel Performance, while one of her most recent was 2018 for Best Gospel Album for Let Them Fall in Love. 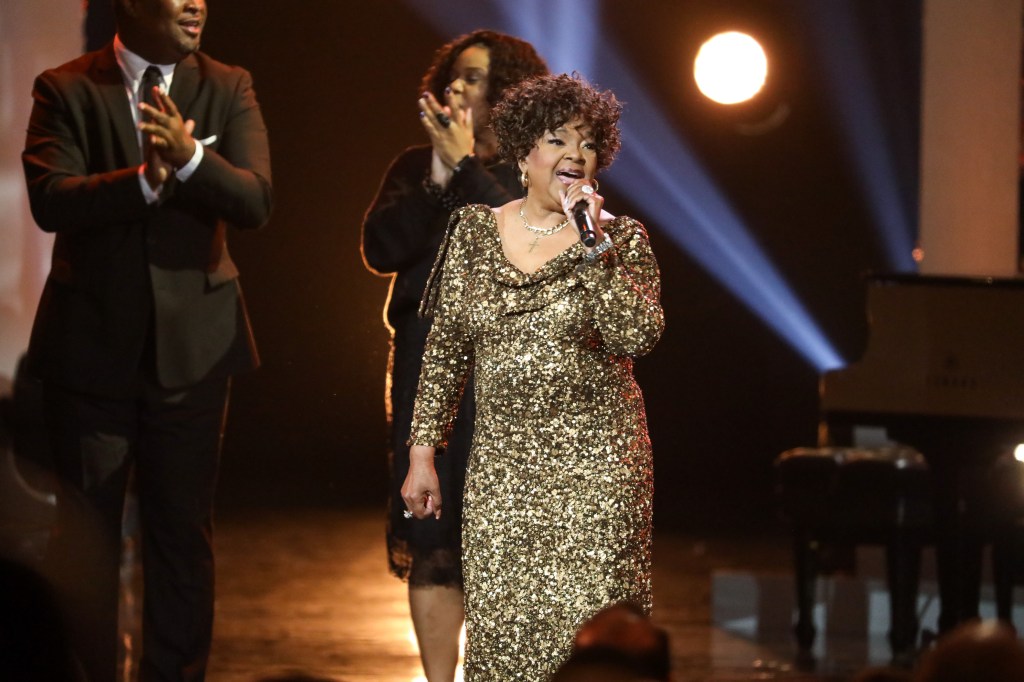 Caesar is a gospel singer who boasts 11 Grammys. In 2017, she was honored with a Lifetime Achievement Award. 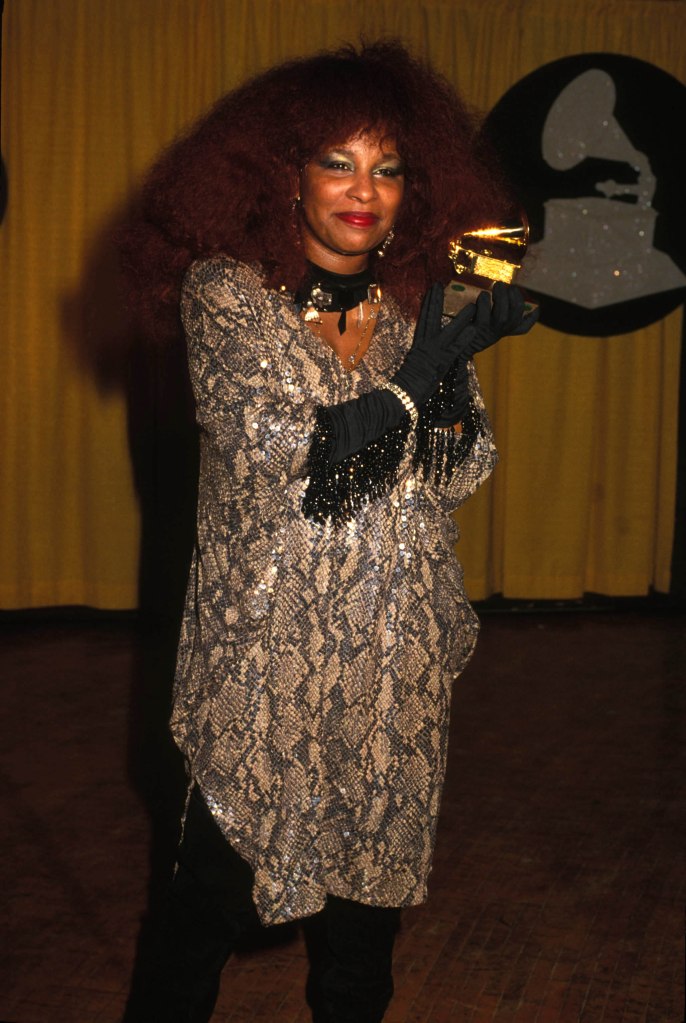 Chaka Khan is tied for 11th most awarded woman in Grammys history. She won her first Grammy in 1975 for her song “Tell Me Something Good” as part of the band Rufus. One of her most recent Grammys came in 2008 for her album Funk This and her song “Disrespectful” with Mary J. Blige. 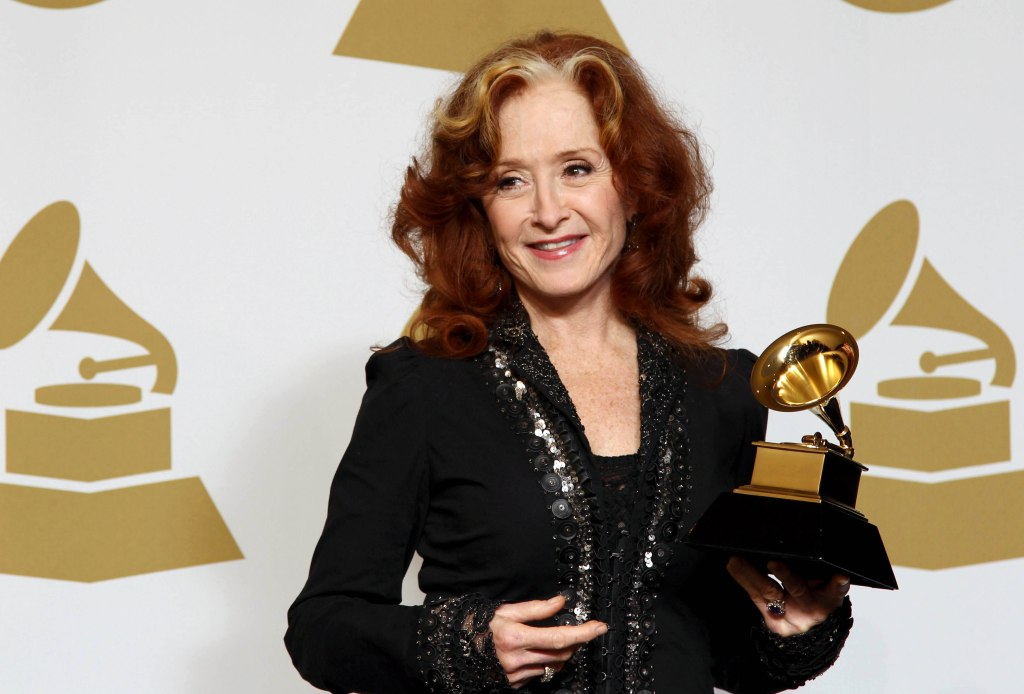 Raitt is also tied at 11th place with 10 Grammys. Her first was in 1990 where she took home four awards, including for Album of the Year for Nick of Time. One of her most recent awards was in 2013 for Best Americana Album for Slipstream. 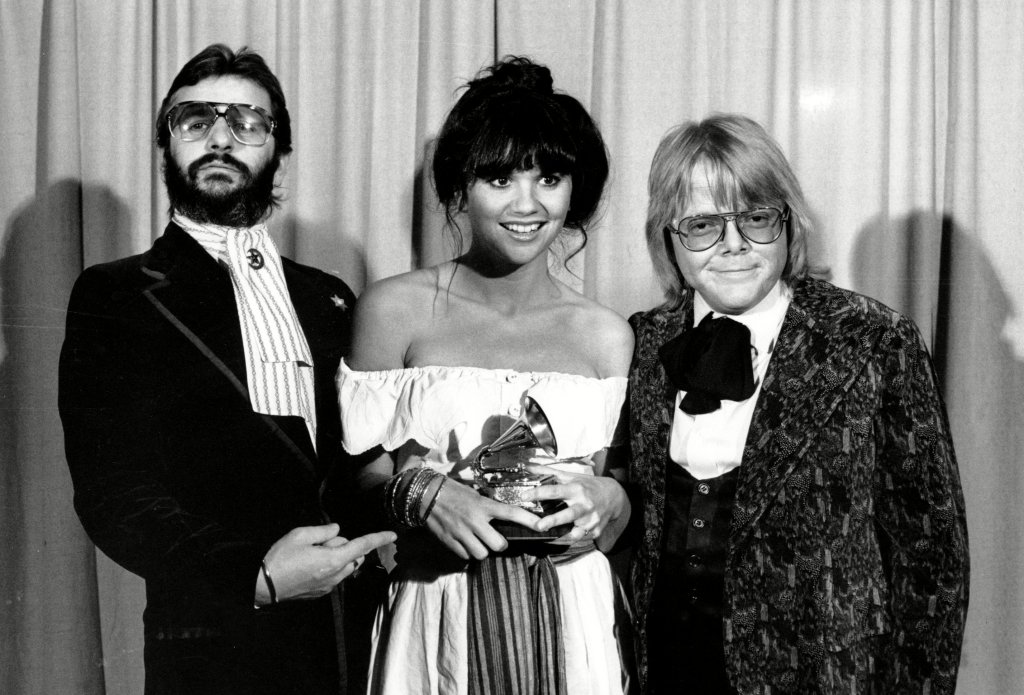 Ronstadt, who has sung country, rock and opera, is the recipient of 10 Grammys. Her first was in 1975 for Best Female  Country Vocal Performance for “I Can’t Help It (If I’m Still In Love With You),” while one of her most recent was in 1999 for Best Country Collaboration with Vocals for “After the Gold Rush” with Dolly Parton and Emmylou Harris. She also received a Lifetime Achievement Award in 2016. 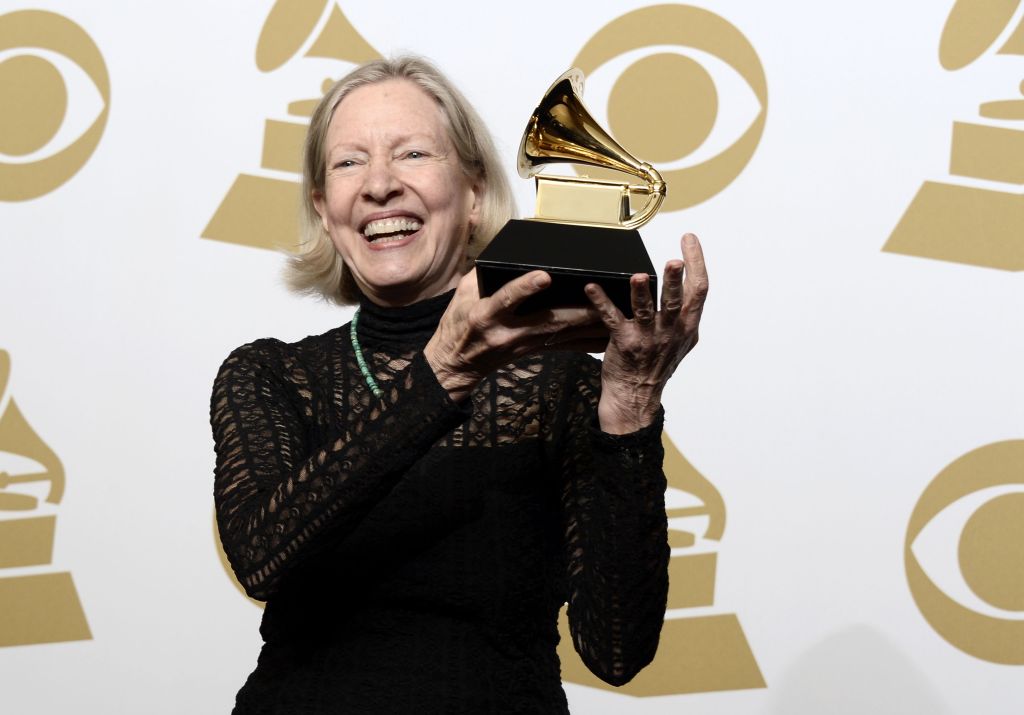 Sherman, an audio engineer and record producer, is one of the most awarded female producers in Grammys history. She’s worked with composers like Philip Glass and John Adams and boasts 10 Grammys. 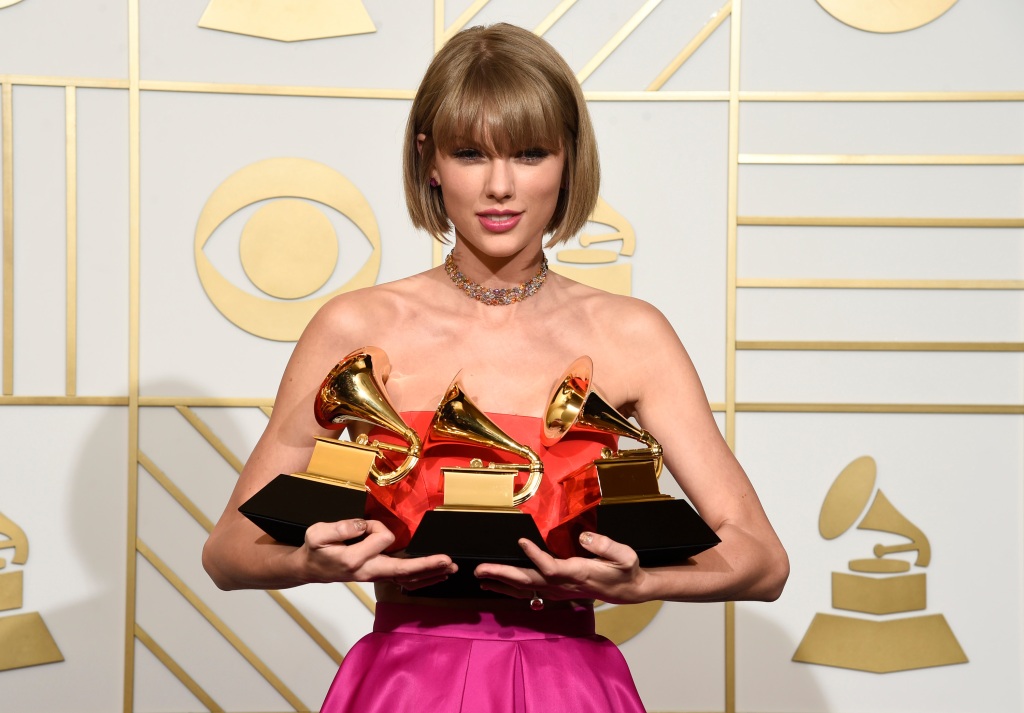 READ:  Mindy Kaling: How B.J. Novak Is Starting a New Holiday Tradition for My Kids 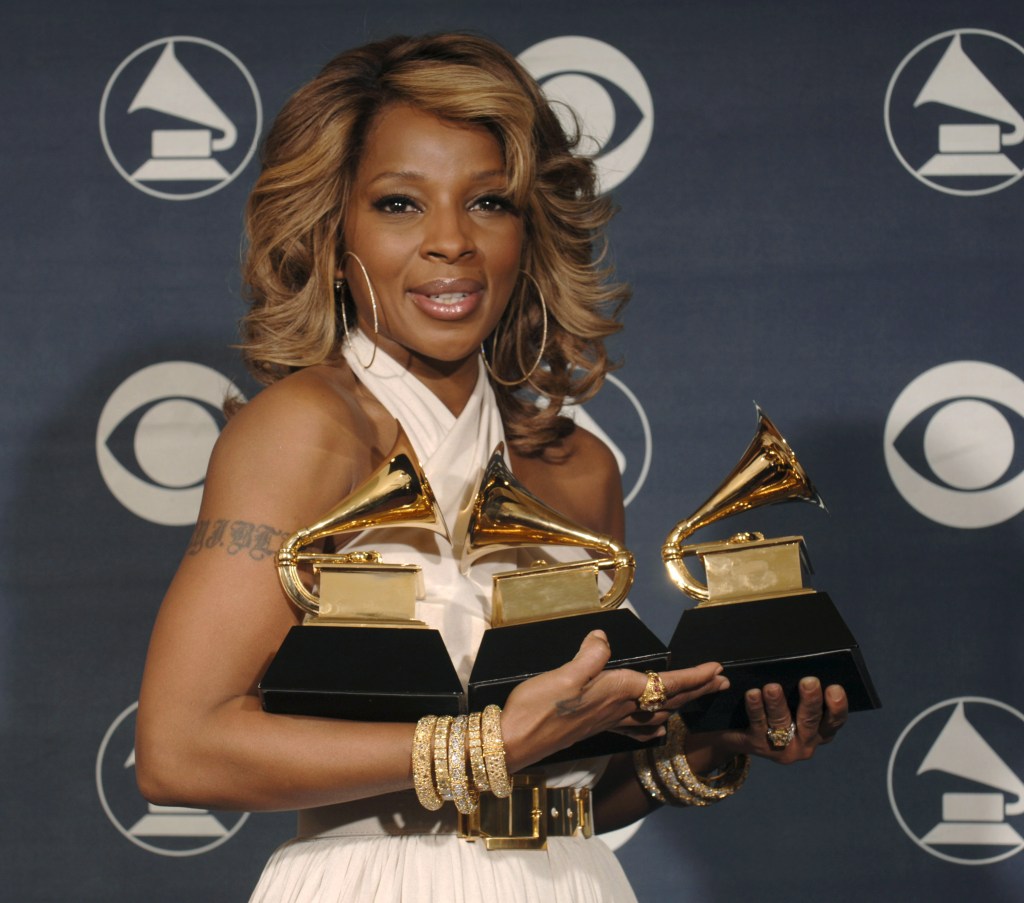 Blige’s first Grammy win came in 1996 for Best Rap Performance by a Duo or Group for “I’ll Be There for You/You’re All I Need to Get By” with Method Man. One of her most recent awards was in 2009 for Best Contemporary R&B Album for Growing Pains. 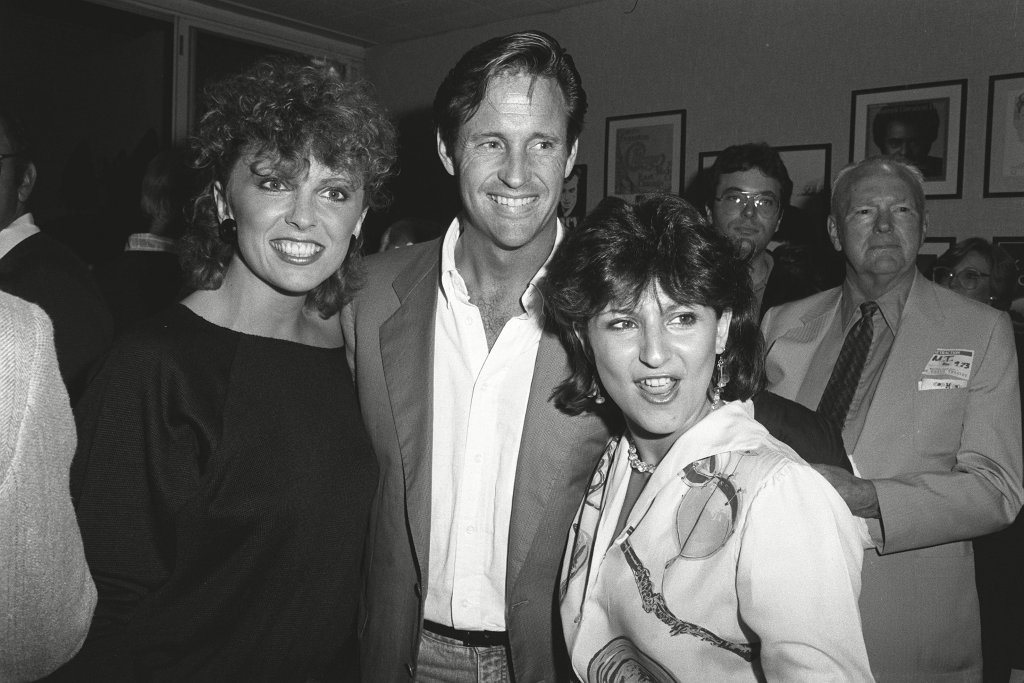 Siegel and Bentyne, two female members of the jazz band The Manhattan Transfer, both boast nine Grammys with the group. 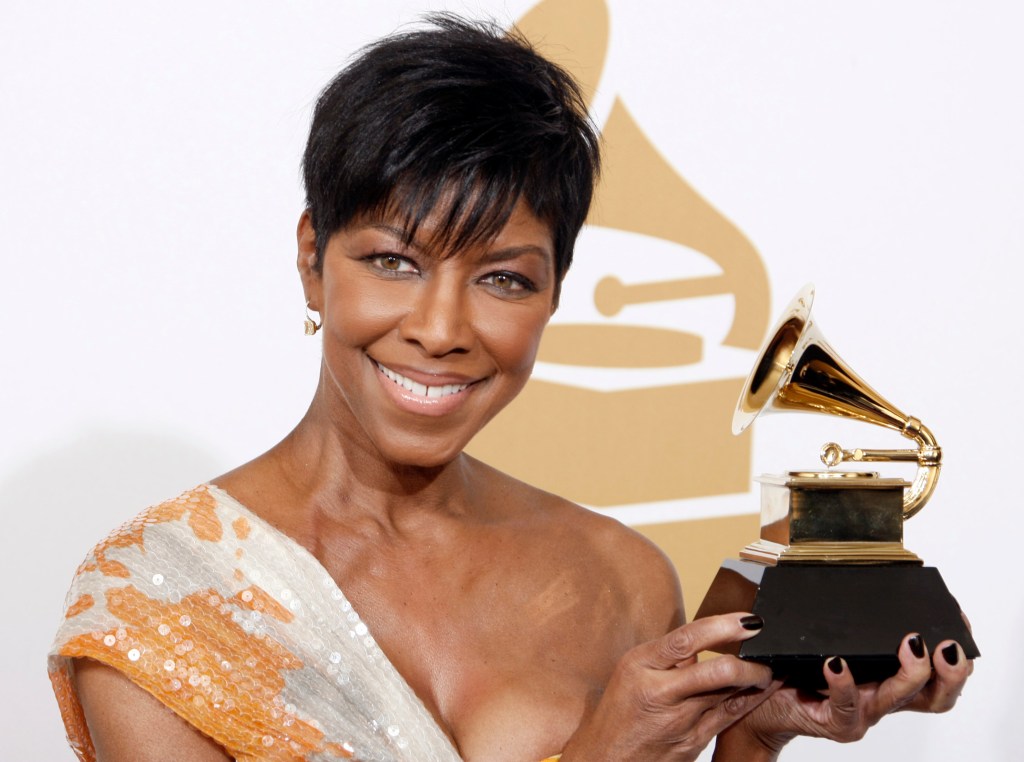 Cole has nine Grammys and is one of the most decorated female R&B artists. Her first award was for Best New Artist in 1976. One of her most recent awards was in 2009 for Best Traditional Pop Vocal Album for Still Unforgettable. 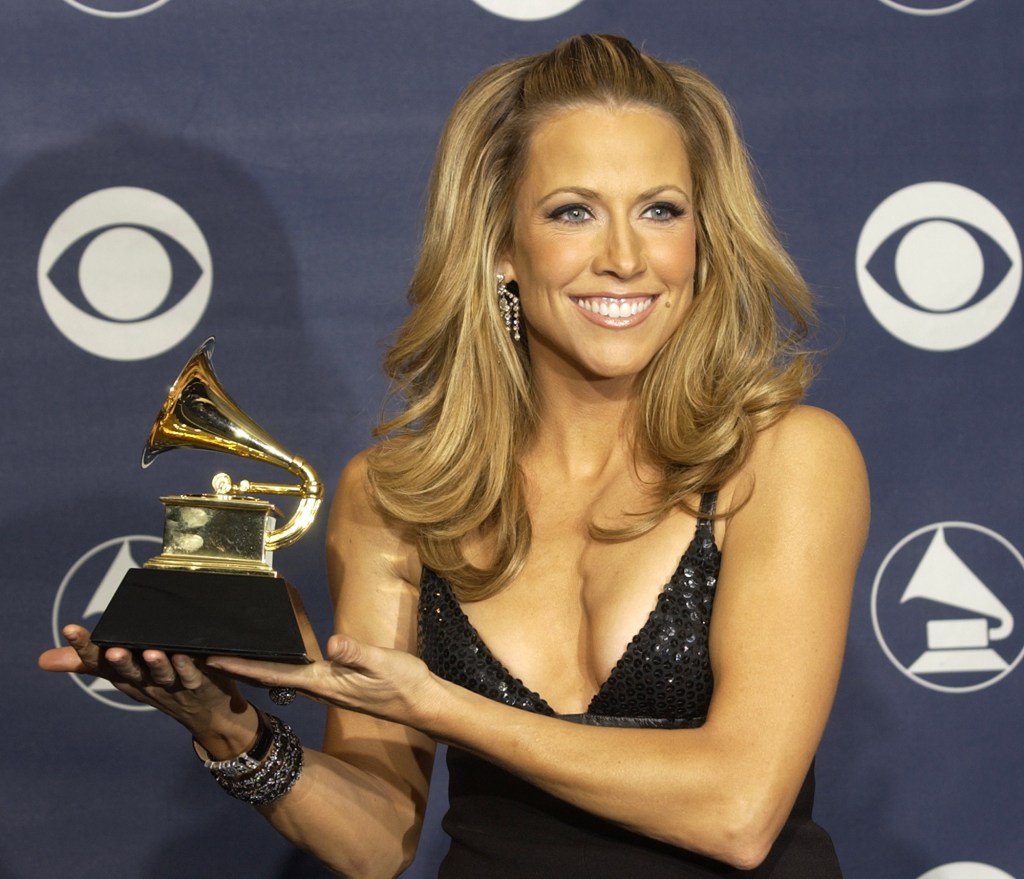 Crow is the owner of nine Grammys. Her first came in 1994 for Best New Artist, as well as for her song “All I Wanna Do.” One of her most recent awards was in 2003 for Best Female Rock Performance for her song “Steve McQueen.” 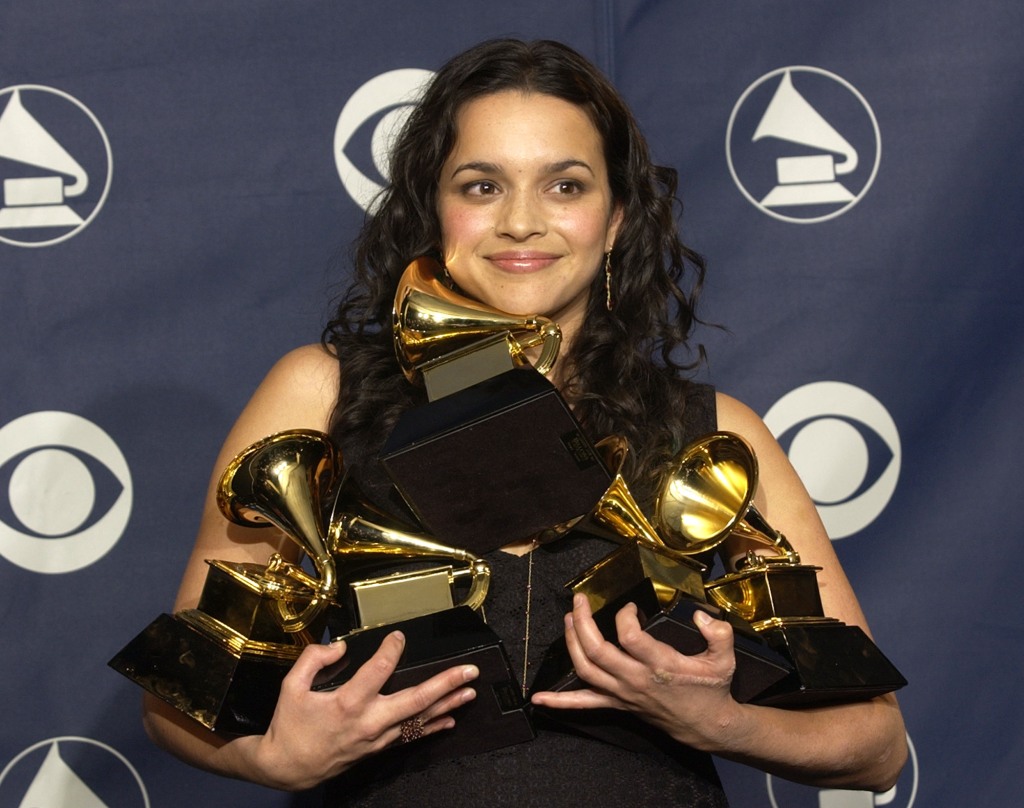 Jones is the recipient of nine Grammys. Her first was in 2003, where she took home five awards, including Best New Artist and Album of the Year for Come Away With Me. One of her most recent was as a featured artist on River: The Joni Letters, which won Album of the Year in 2008. 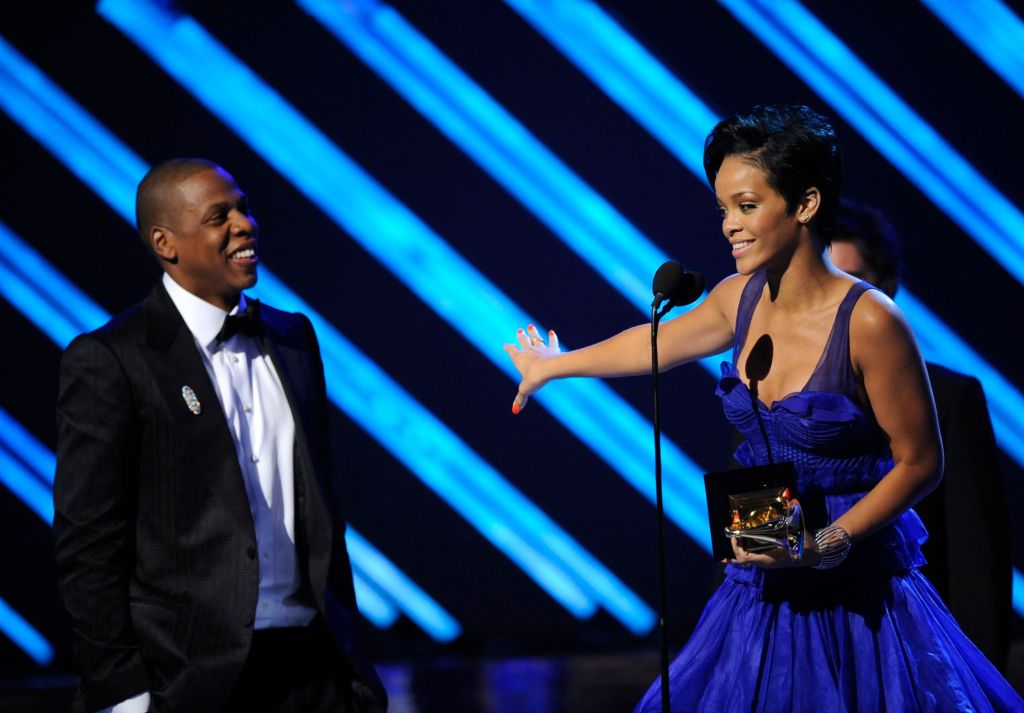 Rihanna has won a total of nine Grammys. Her first was in 2008 when she won Best Rap/Sung Collaboration for “Umbrella” with Jay-Z. One of her most recent was for the same category in 2018 for “Loyalty” with Kendrick Lamar. 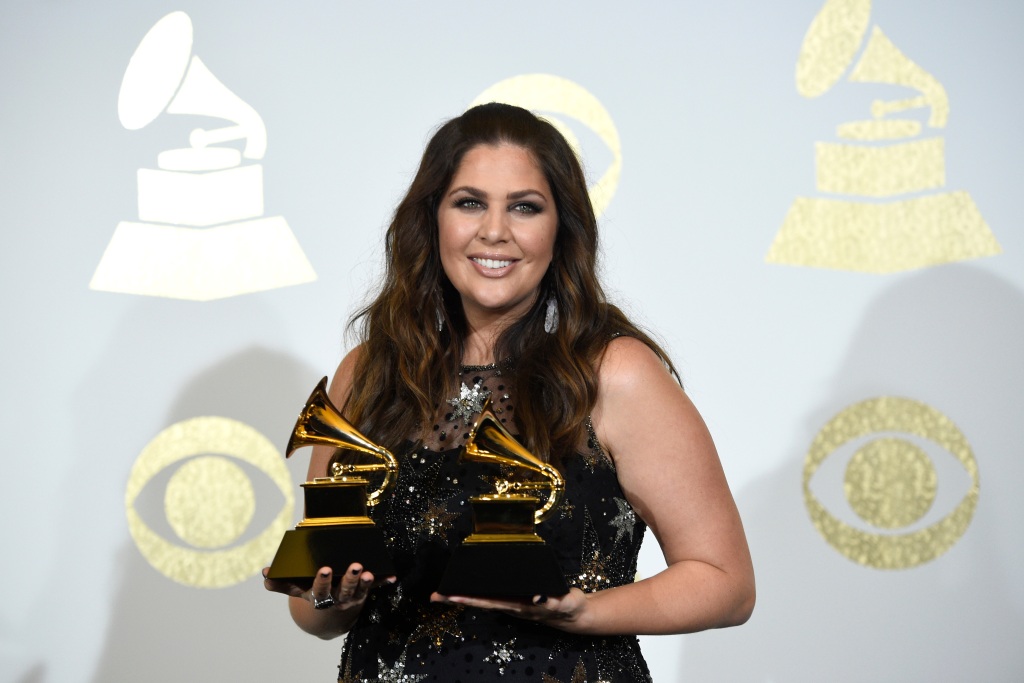 Scott of the country band Lady Antebellum has won nine Grammys. The artist, who is the lead singer of Lady Antebellum and the only female member, won her first Grammy in 2010 for their song “I Run to You.” One of her most recent win was in 2012 for Best Country Album for Lady Antebellum’s “Own the Night.” 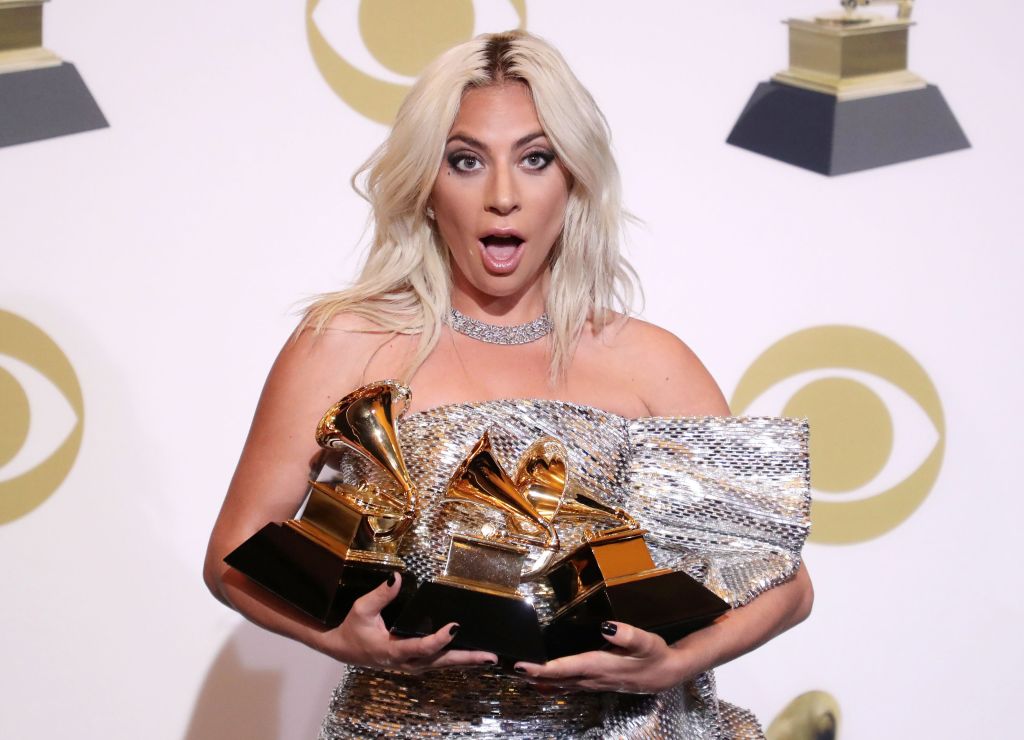 Gaga has won a total of 12 Grammys. Her first was in 2010 for Best Dance Recording for “Poker Face.” One of her most recent wins were in 2019, where she took home three awards: two for “Shallow,” her duet with Bradley Cooper from A Star Is Born, and one for “Joanne (Where Do You Think You’re Goin’?)” off her album Joanne.