After Harry Styles in “Eternals,” Marvel has topped themselves once again.

How many Doctor Strange in the Multiverse of Madness post-credit scenes are there?

READ:  Cheerleader Mom Charged With Deep Faking Videos of Daughter's Rivals Smoking and Drinking Naked to Get Them Kicked Off Team

What does the first Doctor Strange in the Multiverse of Madness post-credit scene mean? 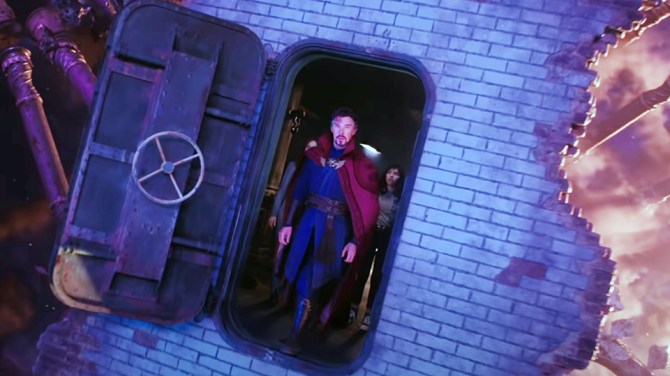 Who is Clea? Clea is a Marvel Comics character first introduced in the Doctor Strange issue, “Strange Tales #126,” in November 1964. She is a human-appearing member of Faltine race of higher-dimensional energy beings. She’s also the daughter of Umar, a resident of the Dark Dimension, and the niece of Dormammu. In the Marvel Comics, Clea, a sorceress and a disciple of Doctor Strange, marries Doctor Strange and succeeds him as Sorcerer Supreme. Her powers include superhuman strength and resistance to injury, mastery of magic, energy bolts, teleportation, telekinesis, mind control and illusion generation. Clea also has access to the Flames of Regency, which allow her powers to reach their highest peak.

In an interview with Variety in 2020, Theron claimed at the time that she had never been asked to audition for a Marvel Cinematic Universe movie. “I swear to God. I’ve never gotten anything. No, I’m not lying to you. But that’s OK. You know what? I am paving my own way. I’m creating my own opportunities. So it’s all right,” she said at the time.

What does the second Doctor Strange in the Multiverse of Madness post-credit scene mean? 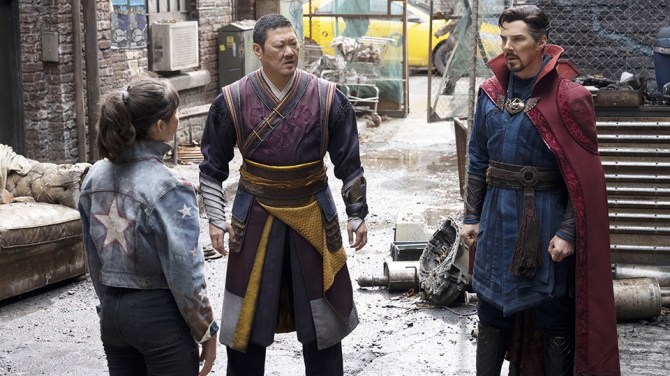 READ:  Jeremy Sisto: 25 Things You Don’t Know About Me

The Pizza Poppa vendor is played by Bruce Campbell, a frequent collaborator of Sam Raimi, who directed Doctor Strange in the Multiverse of Madness. Campbell and Raimi have worked together on movies likeIt’s Murder!, The Evil Dead, Crime Wave, Evil Dead II, Darkman, Army of Darkness, The Quick and the Dead, Oz the Great and Powerful, as well as Spider-Man movies, Spider-Man, Spider-Man 2 and Spider-Man 3—for which he also made cameos. In an interview with The Hollywood Reporter in May 2022, Raimi confirmed that Campbell’s cameo wasn’t an Easter egg for his other Marvel movies.“I can’t swear to you that Bruce Campbell is in the film because I’m not allowed to, but there’s no Sam Raimi Easter eggs. “My job this time was really to recognize where the continuing Marvel universe had been, understand the characters of Wanda and Doctor Strange and what was relevant to them as we last saw them, and bring that forward to a new tale where they meet each other for the first time, so the fans have a great experience with characters where they should really be, and also open up the door to the multiverse for future stories to take place,” he said.

See below for the full Doctor Strange in the Multiverse of Madness cast.

Doctor Strange in the Multiverse of Madness will be available to stream on Disney Plus between June 20 and July 14, 2022. Here’s how to watch it for free.