Ouija boards, spells and potions take centre stage in The Craft: Legacy, the reboot of the 1996 cult classic movie. So it's little surprise bewitching incidents occurred on set.

One supernatural occurrence, however, was not scripted or caught on camera but captured on the iPhone of the film's star, Cailee Spaeny, who plays central coven character Lily.

Chatting to 9Honey Celebrity, the 23-year-old recalled the spooky incident that took place when the cast was filming at a house that was a hospital in the 1800s — a facility where 700 people died. 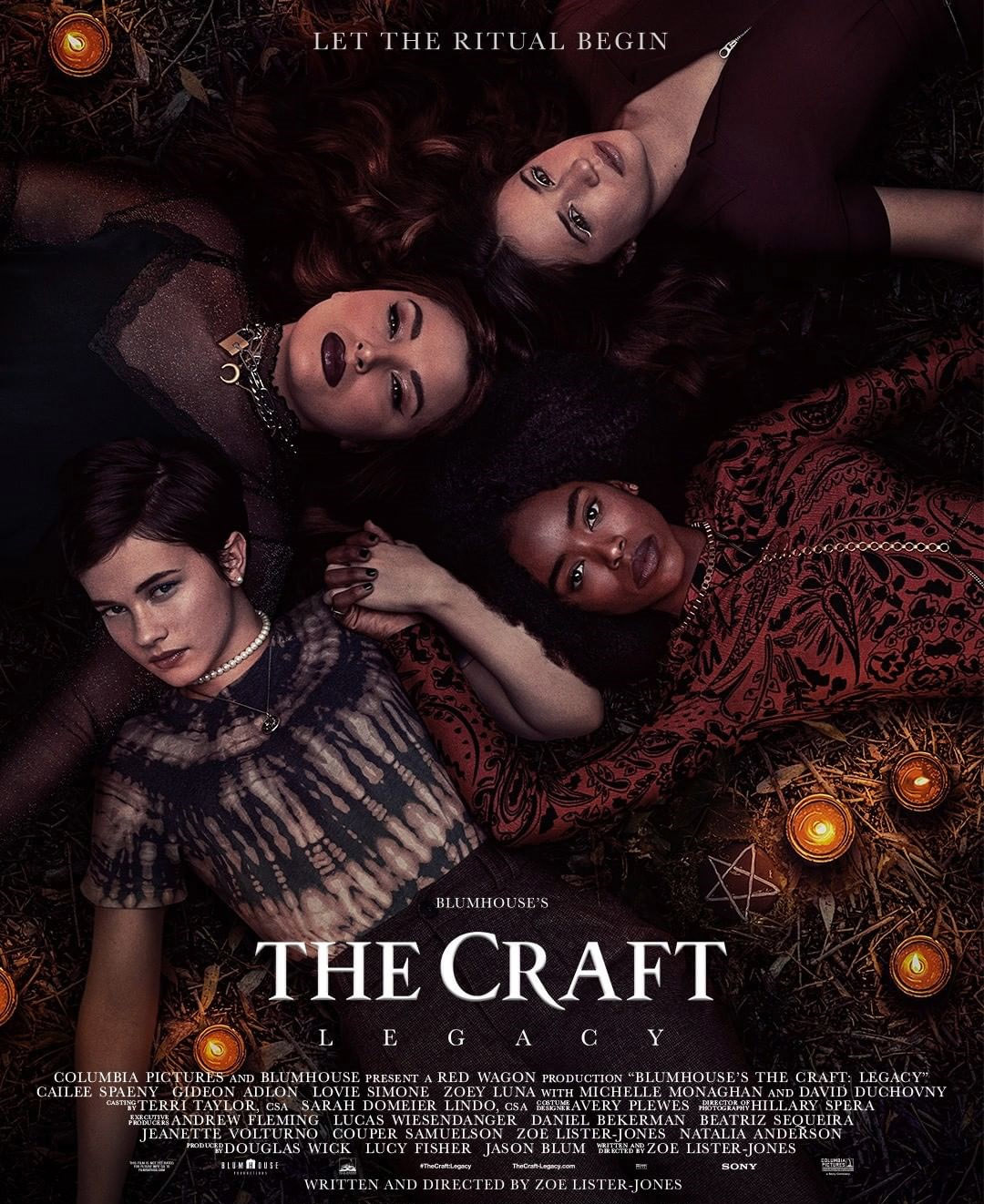 "We didn't know that and we later found out from the owner," Spaeny said. "I was filming and hanging out in the attic and I left my phone in the attic to go do a take.

"I came back and looked at my camera roll and there was a photo taken of this orb-like, purple, perfect, symmetrical orb, off my phone.

"And if you look closely, there's like another layer of purple so it really looked like an eyeball, which was pretty freaky." 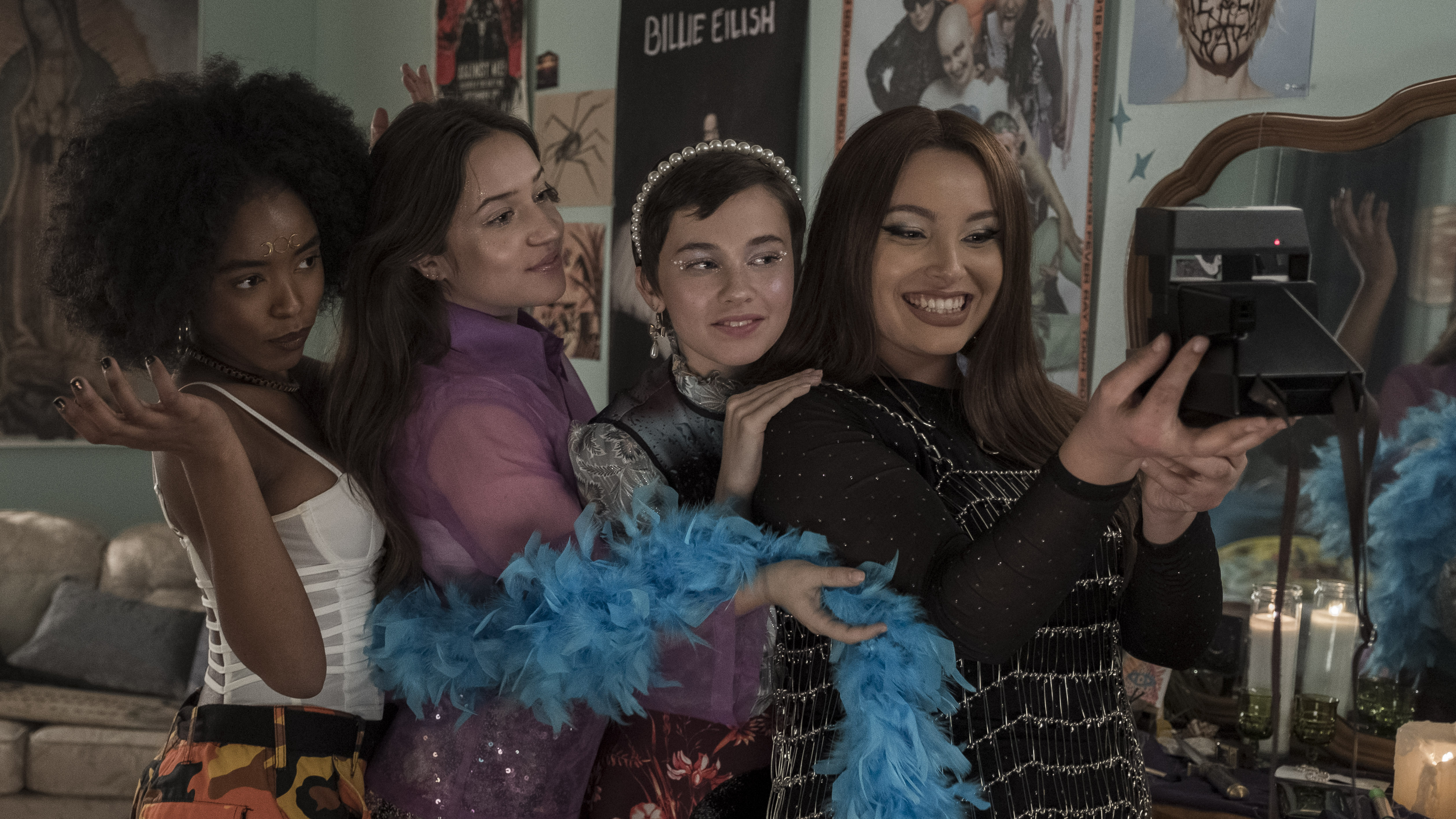 Spaeny said she then spoke to the on-set witch consultant, Erin Fogel, who told her it was nothing to fear because purple "was a very protecting" colour in the world of witchcraft.

If the young actress wanted a second opinion, she need not go far. Co-star Zoey Luna — who plays fellow witch Lourdes — was an expert in witchcraft prior to auditioning.

"Well, I was already a witch before I got the role," she tells 9Honey Celebrity. "I was actually planning on opening a witch shop and that being my career for the rest of my life before I auditioned. So I was already pretty interested in that whole world. I've always been a witch, I've always been very spiritual, so there wasn't really much delving into source material, except my own life."

READ:  Most of the Teens on Cobra Kai Aren't Played By Actual Teens, Because of Course

Not only is Luna a practising witch, but she is also a transgender Latina actress, making the 20-year-old's casting that much more groundbreaking. Adding to the diverse cast is Black actress Lovie Simone, who plays coven leader Tabby.

She tells 9Honey Celebrity it wasn't the movie's sisterhood per se that attracted her to the role, but rather the idea she could portray a Black witch on the big screen alongside Spaeny, Luna and fourth 'witch' Gideon Adlon, who plays the hilariously blunt Frankie.

"After I watched The Craft, and to be a part of that world and to play a witch and a Black witch that I don't usually see on TV … I was like, 'Oh, wow," 22-year-old Simone says. 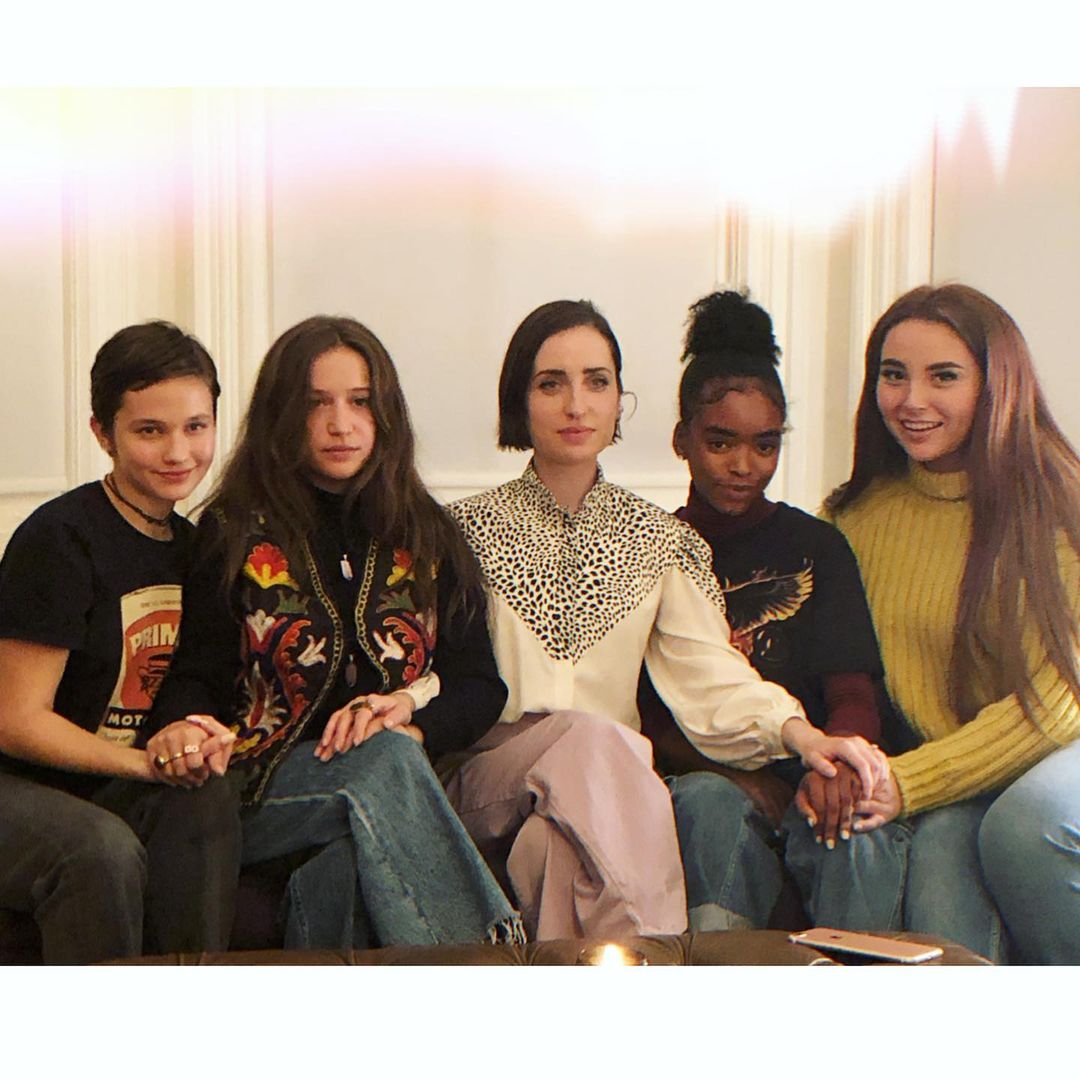 The reboot is the reimagining of Zoe Lister-Jones, the director and co-writer who was determined to promote diversity and inclusion within the cast.

"I feel very strongly that trans women's voices must be included, and also including a queer component, and giving a voice to the pain and othering those in the queer community also feel too often." 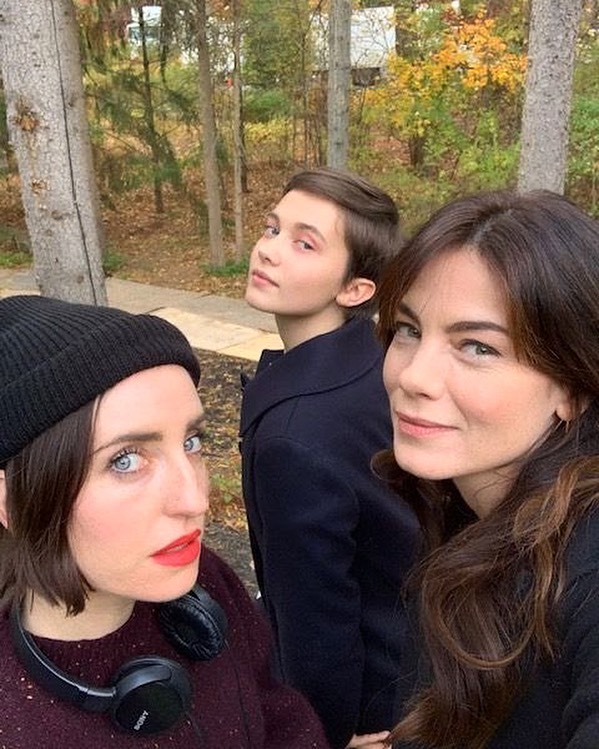 Under Lister-Jones' modern-day makeover, The Craft: Legacy tackles such themes as intersectional feminism and patriarchy. In the film, the four young witches must unite to beat an evil antagonist played by David Duchovny — a warlock masquerading as a motivational speaker who doesn't think women should be in power, let alone have power. 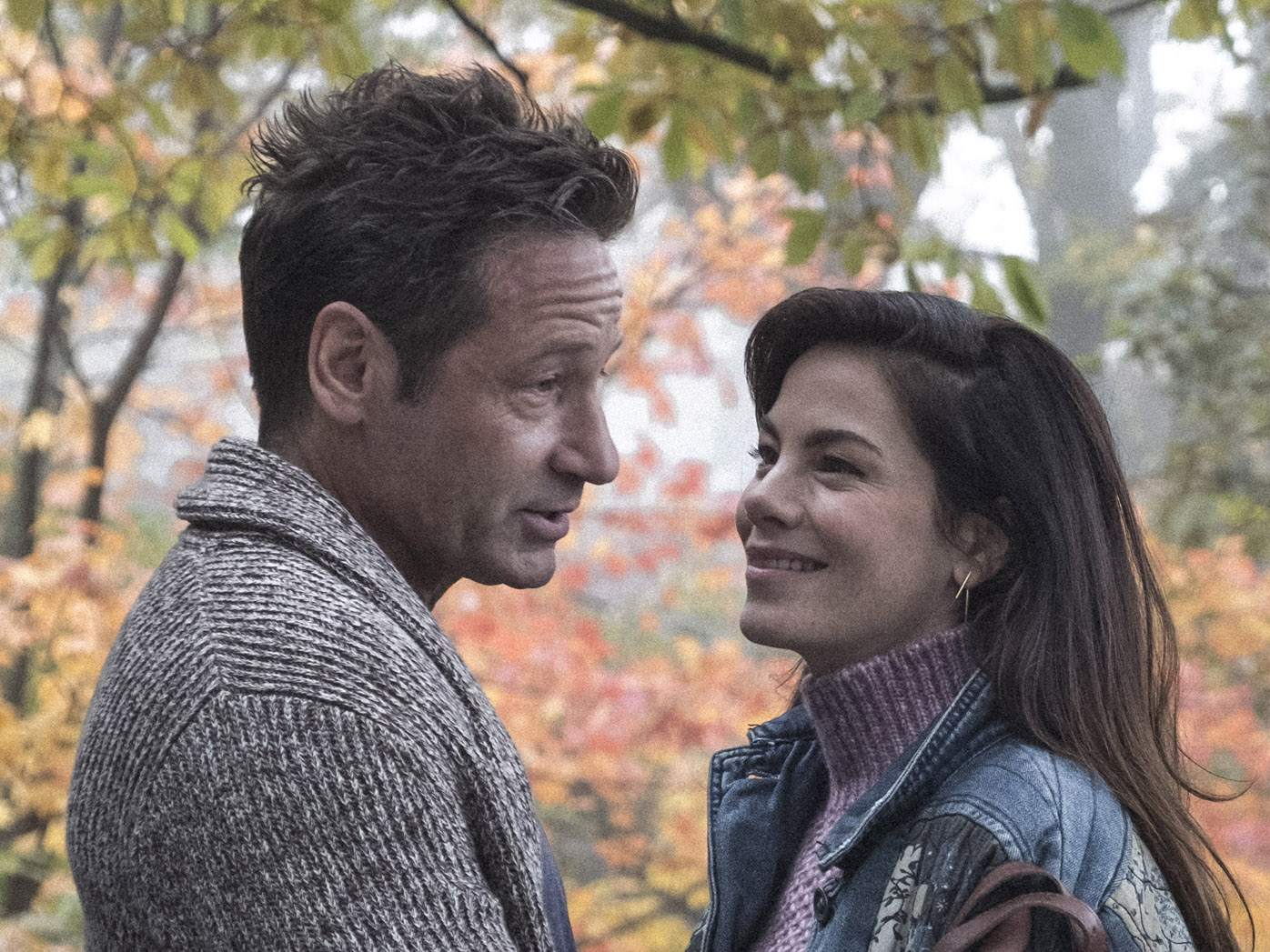 "I'm such a fan of the original," Lister-Jones says. "[The reboot] was a great responsibility to take but it felt like such an incredible time to do so in our world to be telling the story of young women and community and stepping into their power and using it for good."

While Lister-Jones first watched the film as a 14-year-old at a slumber party, none of the cast were even born when the original film premiered in 1996. They did, however, tune in once in high school and were just as taken with the film. 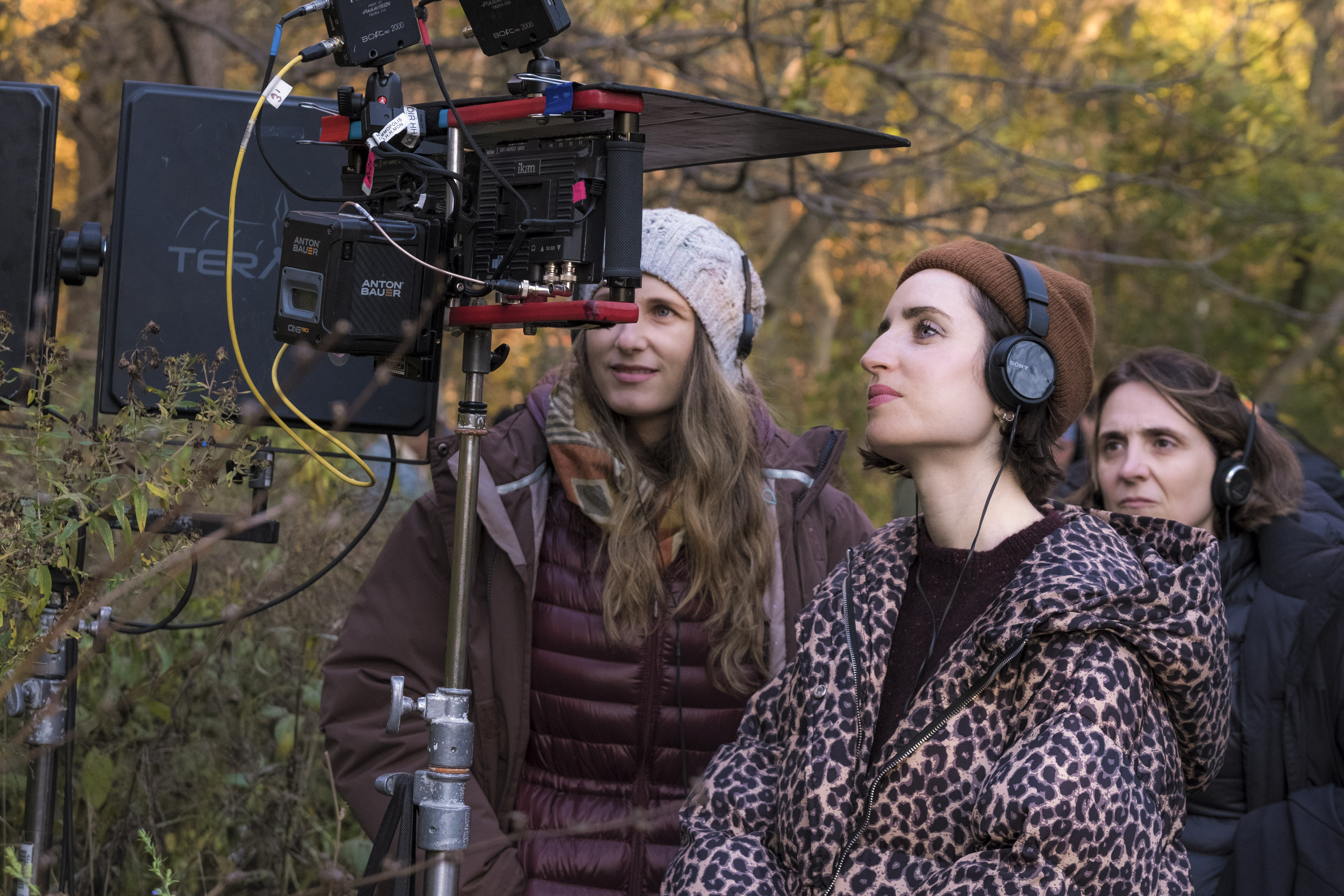 "I was 14 or 15 and it was just one of those package deals coming-of-age movies, like Thirteen, The Virgin Suicides, The Craft..." 23-year-old Adlon says. "I think I definitely drew some inspiration from the original [movie] in the way I started dressing in high school with my chunky platform boots and my really long black coats ... And I loved it."

The Craft: Legacy is available on Digital now and on Blu-Ray and DVD from February 3.